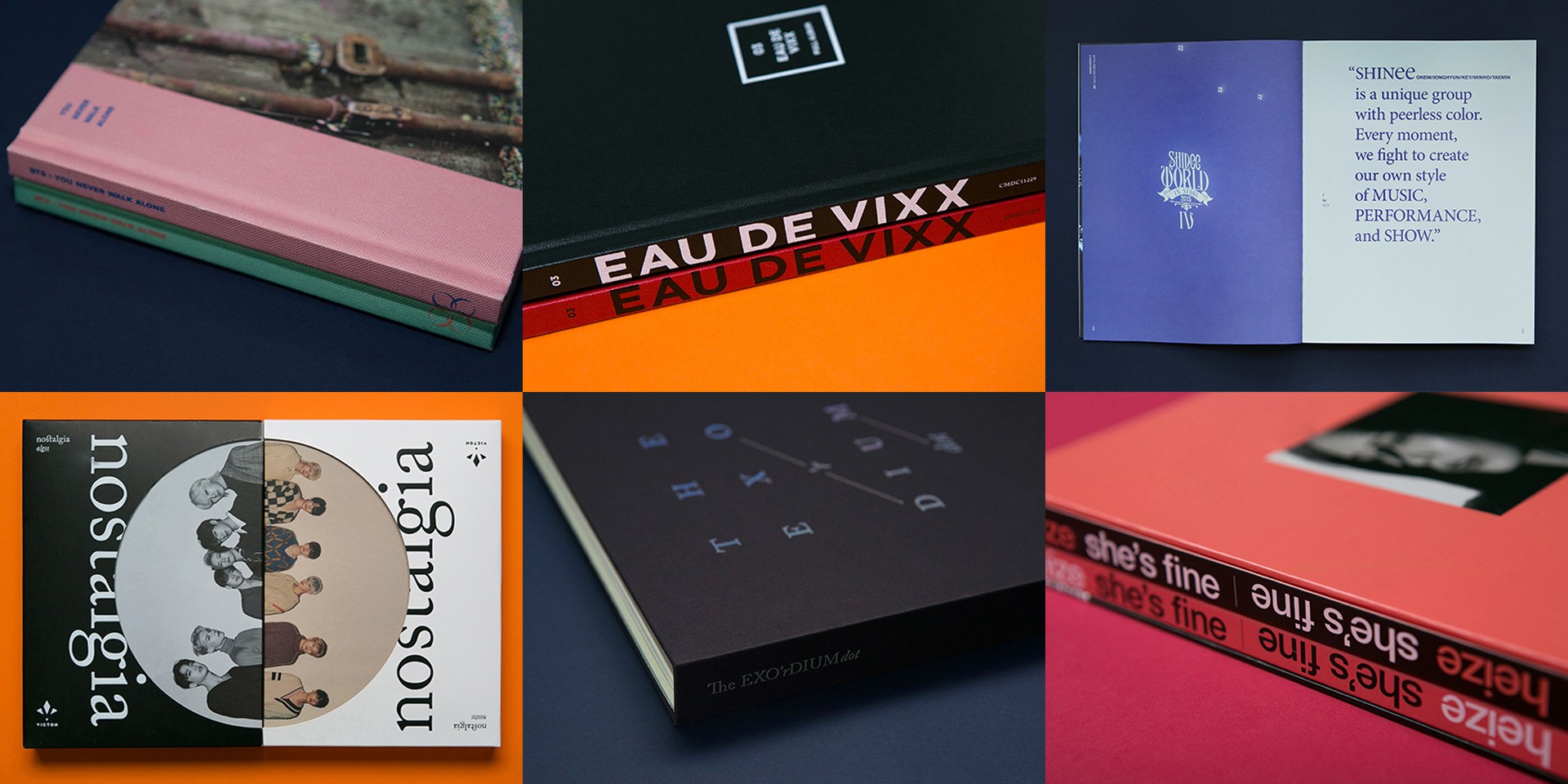 When it comes to K-Pop, you can be sure that the visuals will always be awesome. Everything from album packaging, announcement and concert posters, to merch should stand out and grab anyone's attention. But what creative minds come up with these concepts?

Since graduating from the School of Visual Arts in Manhattan, Jiyoon has worked with global K-Pop superstars Kang Daniel, BTS, LOONA, Taemin, TXT, Taeyeon, NCT 127, EXO, VIXX, BoA, HEIZE, LEE HYORI, and so many more. She doesn't need all that much—just everything on her trusty desk and her puppy sidekick to make eyes pop with every project that lands her way. Bandwagon caught up with Jiyoon Lee to talk about her artistic roots, support from the community, and how she made her break into the K-Pop industry.

Could you tell us a bit about how you grew up and the kind of support you have from your family and community with your art?

I grew up in a family who supported me on whatever I wanted to do, but taught me the importance of responsibility followed my decision.

I’ve always had interests in design since childhood, but preparing for art schools in Korea did not fit me because it was basically about drawing certain figures precisely with a certain style. I didn’t have that much interest in drawing itself, and I knew I was not good enough to go to art schools. So I put aside my dream as a designer; I decided to major in mathematics which I was good at.

However, during my college years, I couldn’t help coming back to my dream, so I decided to give it a try. I got into the School of Visual Arts [in New York City] with a full-year scholarship right before graduation. This was one of the biggest challenges of my life, and thanks to my parents who always trust in me whatever I do. Tell us about how you first found your love for visual arts.

As a child, I enjoyed matching manufacturers’ logos with their cars parked in the street. Then in the school years, I was fascinated by pop album covers in early '90s. I was just a nerdy kid who loved memorizing brand logos and Billboard's Hot Chart every week.

Tell us about your influences. Which artists do you look up to?

While I studied in New York, I was under the influence of Mike Joyce, Paul Sahre, and other New York-based designers. Both Mike and Paul taught graphic design at SVA and ran their own studios in the city as well. I was lucky that I could see how they worked, and it made me dream about running my own design studio someday. How did you make your break into the K-Pop industry?

I had a chance to design LEE HYORI's h-logic album in 2010 when I worked at a design firm. After starting my own studio, my first K-Pop-related project was the poster design for INFINITE’s concert. What is it like setting up your own design studio in Korea?

It is like never being capable of predicting even the near future, that is, it is very unstable. This is why most young people who recently graduated from art colleges in Korea prefer big companies to small studios.

I sometimes feel like people don’t appreciate design that much, and I work under the unfair contracts. However, despite all of these, I like the independence and freedom. What made you decide to build your own studio instead of working as a full-time designer at a label or another studio? What is life like for a graphic designer working for K-Pop artists and labels? What kind of challenges do you face?

I am aware of millions of fans watching and buying my work, because I get lots of email written by fans with compliments, complains, jobs inquiries etc. The feedback from fans are really keen, sometimes so unexpected. As I get more feedback from the other side of the world, I realize that K-Pop is so successful nowadays. I know I should create new things and be careful of mistakes at the same time, this is the challenge I face.

What continues to inspire you to keep working in this industry?

How I feel about the K-Pop industry is somewhat ambivalent.

On one hand, I’m proud of BTS’ huge success in the Billboard charts, which I used to memorize in my childhood, and I'm proud of how I can influence young design students. These are probably my inspirations to keep working in the industry. On the other hand, I’m worried that the industry is pushing too hard for teens or preteens to pursue their dreams to be K-Pop stars.

Thanks to the hardworking designers who take visuals to the next level, K-Pop acts and labels are able to give the best to their supportive fans.