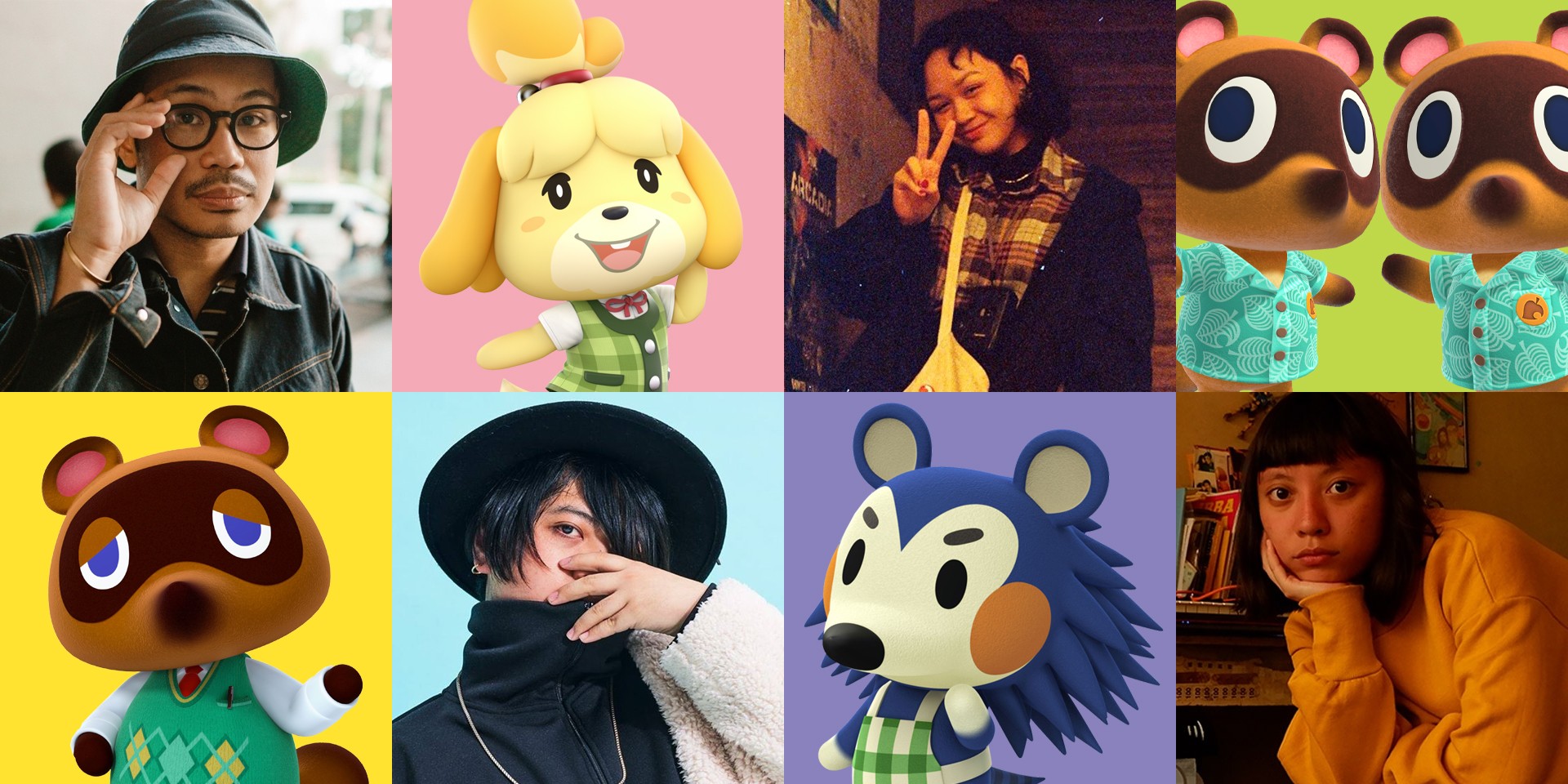 It's been a tough three weeks of quarantine for Filipino musicians, but there's this new universe they've flown to where all is well.

The perfect escape came last March 20 in the form of a beautiful video game called Animal Crossing on Nintendo Switch. Thousands of people from all over the world booked one-way tickets to their own private islands they would later build wonderful communities on to create the ideal getaway. 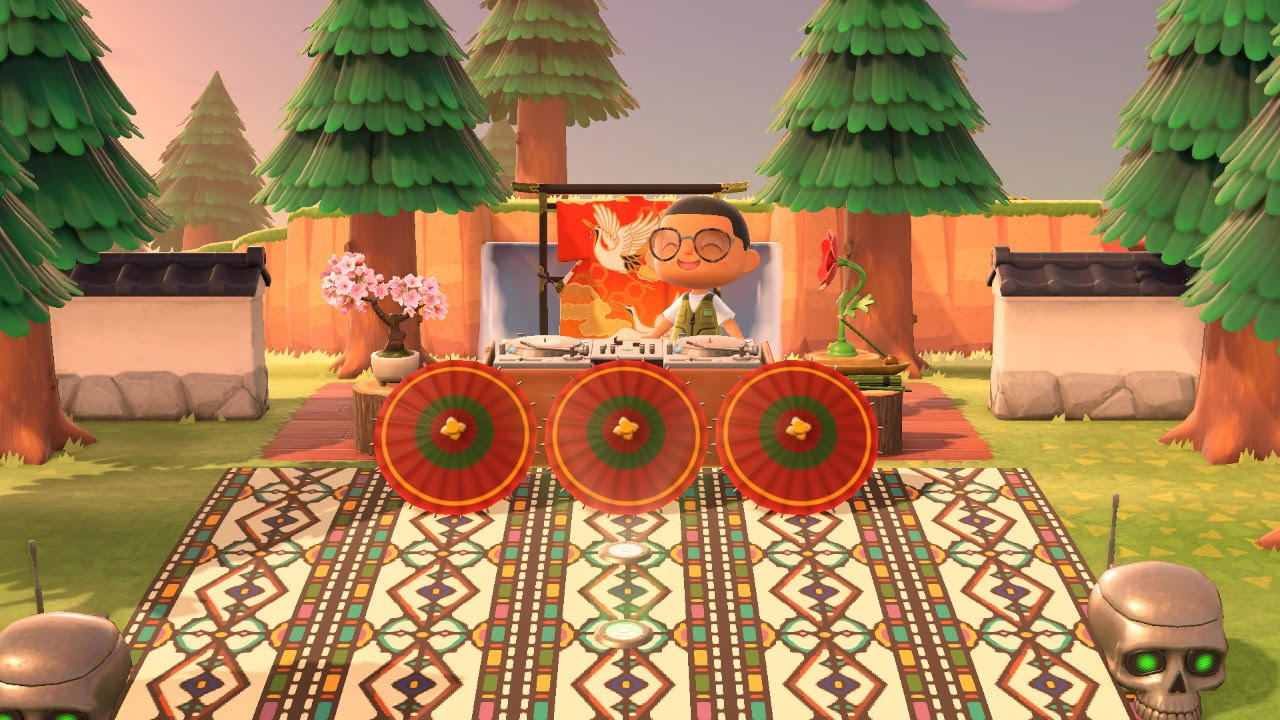 Favorite Spot: My favorite spot is "The Sphinx” it’s the outdoor festival stage I made on my island! Still gathering other instruments for the venue but it’s coming along.

Hours Clocked In: I may have clocked in a hundred hours since the game came out…

Elevator Pitch: "Avocado is going to be an art/music island, everything is still in the works so maybe come back after a hundred more hours!!" 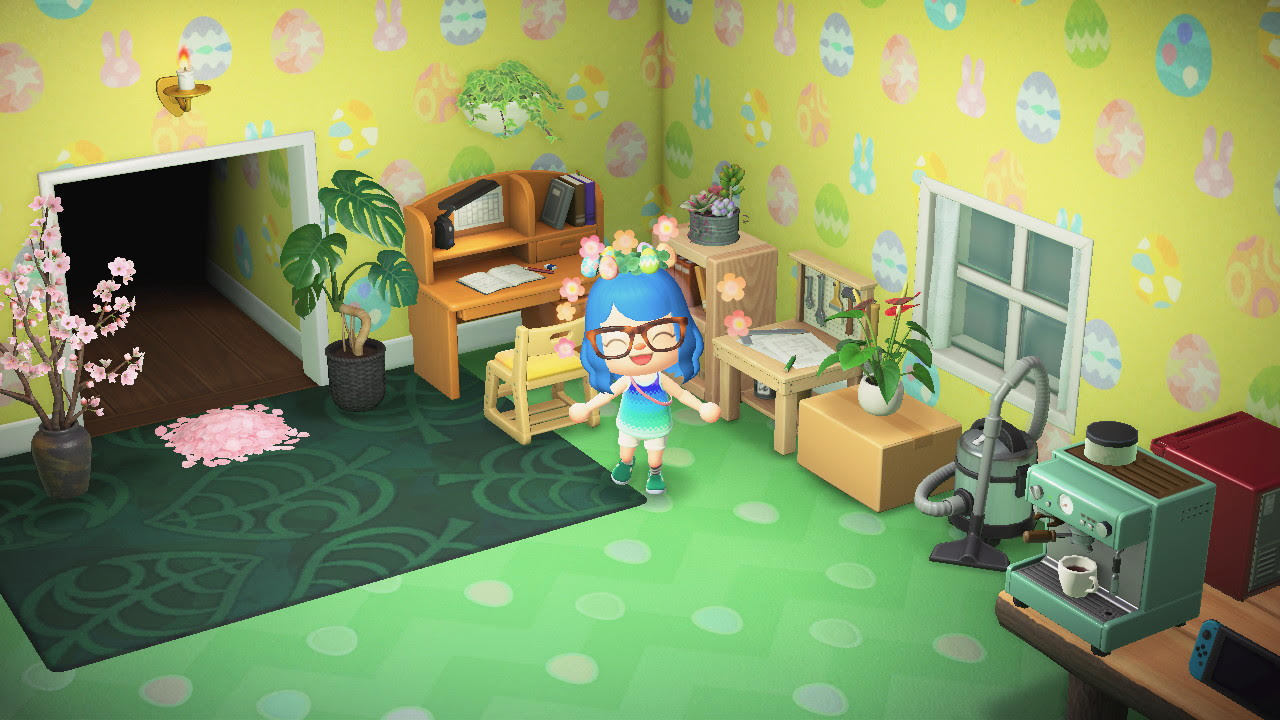 Name of Island: Hambland—It was supposed to be Island McIslandface, but that exceeded the character limit. Bummer.

Favorite Spot: I recently got my plant things and coffeemaker and I'm so stoked!

Hours Clocked In: I just started last April 1st, I think I have around 18+ hours clocked in the game. I can't find my actual hours on my profile yet because you can only see that if you've owned the game for at least 10 days.

Elevator Pitch: I've only had two visitors yet and they flooded me with goodies on my first day of playing. I got really overwhelmed and did not even know the difference of tools to furniture.I guess my pitch would be "Hey, got any stuff you want to get rid of? You can dump it all on my island!" 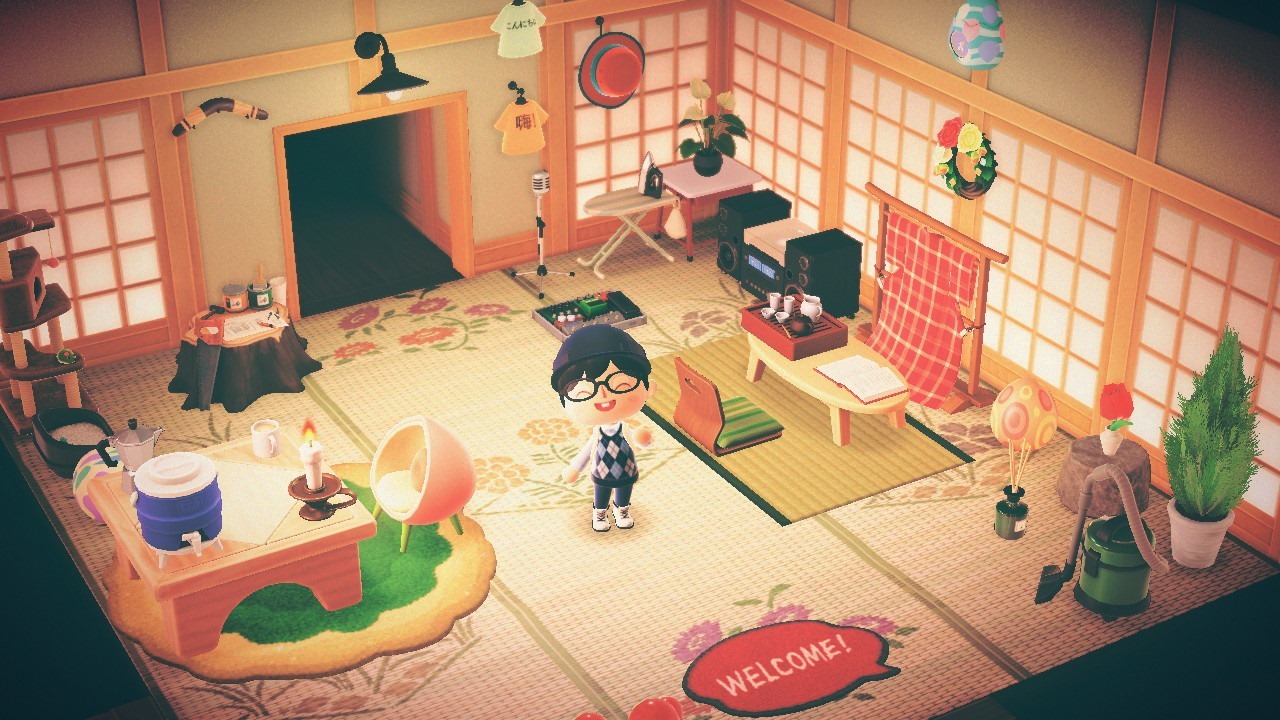 Name of Island: Chebodeh because it's an AOUI song, haha! And it sounds like an island name.

Favorite Spot: My living room, because it's Japanese themed. 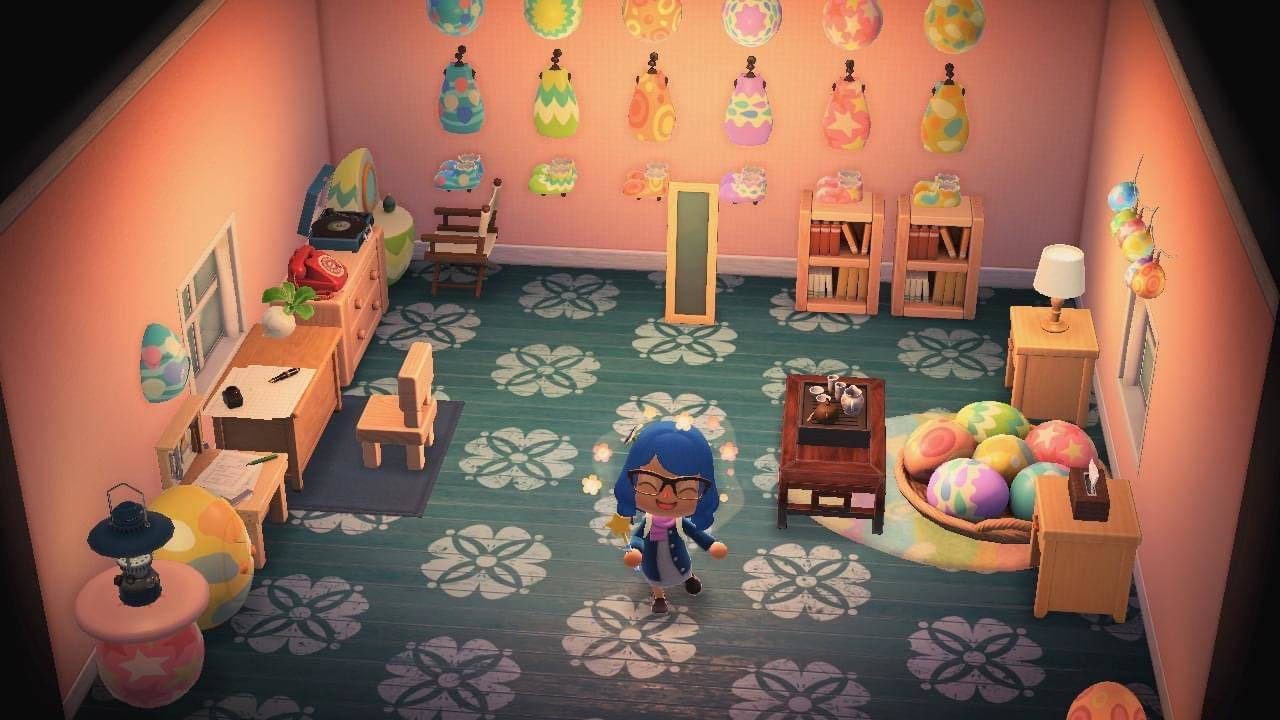 Name of Island: Bobland (after my cat, Bob haha)

Favorite Spot: Nothing fancy but it sure is relaxing to watch.

Hours Clocked In: It only says I started playing 7 days ago...

Elevator Pitch: "Bobland is a simple place for now but it’s gonna be as boss as the cat it’s named after very soon." 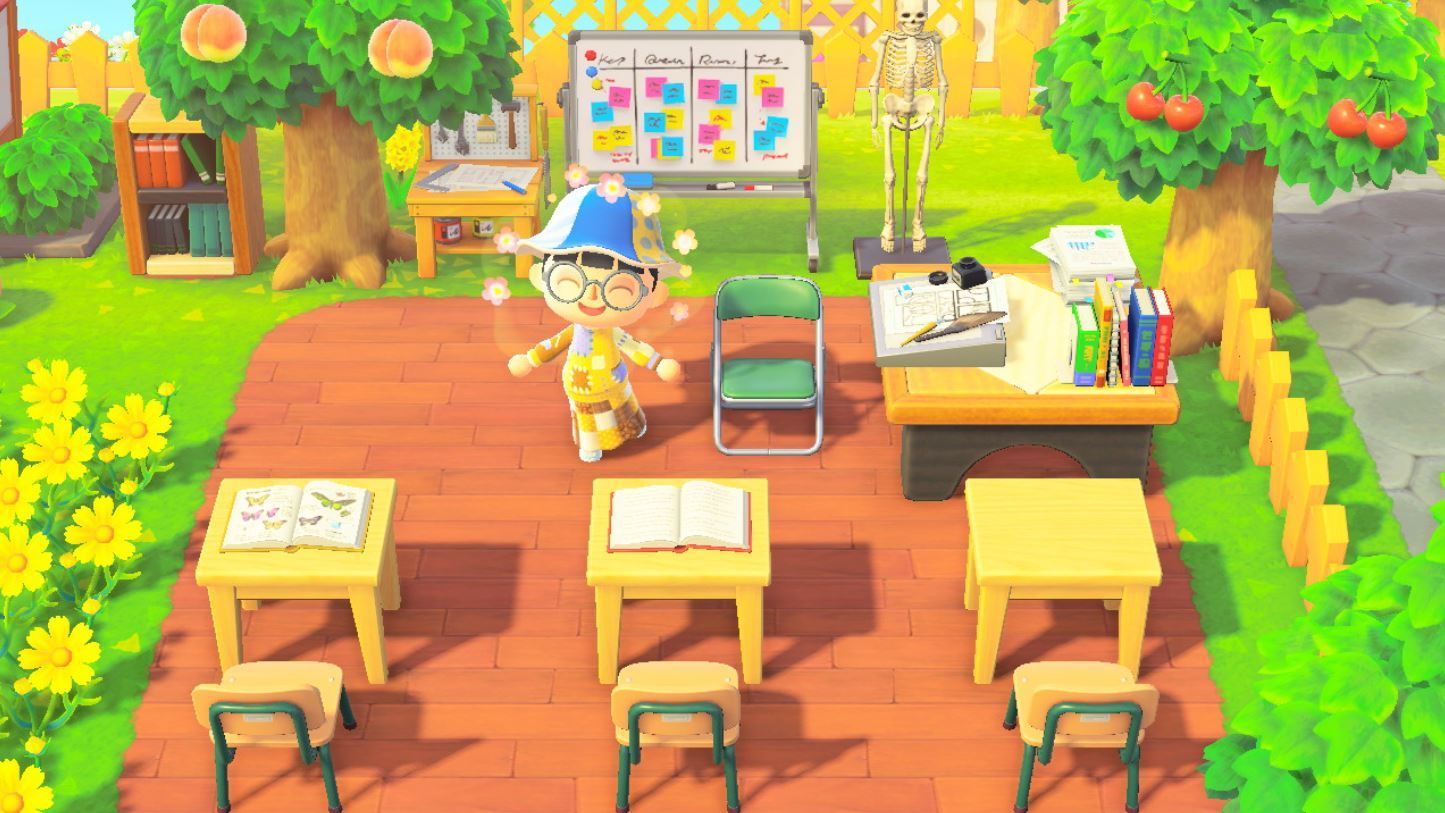 Favorite Spot: Favorite spot: the little classroom I made in my front yard. I obviously miss going to work!

Elevator Pitch: "It's just a little island with all the things and places I find myself constantly missing during this quarantine." 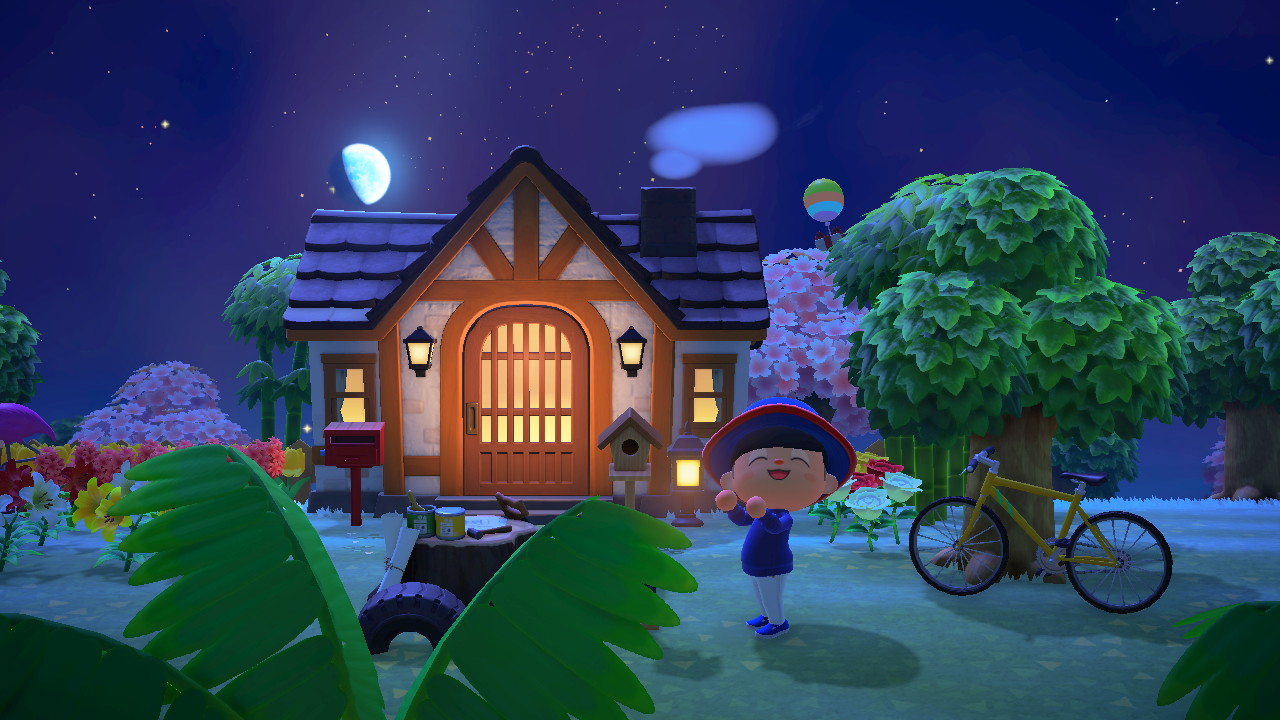 Name of Island: I named my island Temptation, in reference to Joey Gosienfiao's 1980 film Temptation Island.

Favorite Spot: The front part of my house where my simple workbench is.

Elevator Pitch: "Welcome to Temptation Island! Where the amenities ain't much but it's built with honest work and tireless hours of tarantula farming!"

Rob Cham of The Ravelos 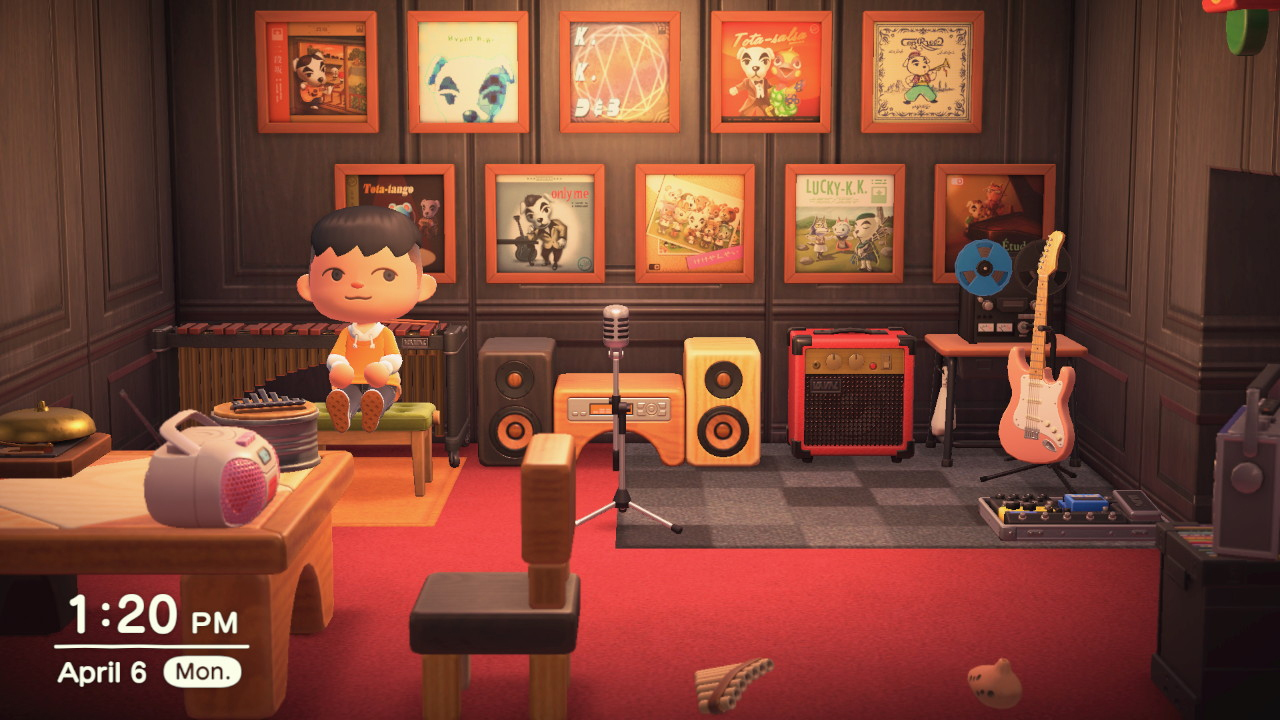 Name of Island: Downtime Island, just coz, well, I had it in my head that if I ever was going to  take some downtime or rest that AC would be a good chill time, and I decided to name it that, after a twitter poll. Other names I had for it were 'Not Ocean' because... is land.

Favorite Spot: Favorite spot is my house where I managed to collect different radios and music instruments and mad a music room. I placed some KK Slider albums whose covers I really liked on the wall as well.  I had a few friends over and we jammed. Currently trying to collect all the radios possible in Animal Crossing hahahaa.

Hours Clocked In: 80 hours, it's my first Animal Crossing Game and been playing it in between work and before I go to sleep at night.

Elevator Pitch: It's shoddy and not so complicated because I have no idea what I am doing as it is my First Animal Crossing game, but I'm having fun. My house did get an S ranking from the Happy Home Design committee so I guess I'm doing something right. Outside: It's a slipshod jigsaw of what I could find or build. 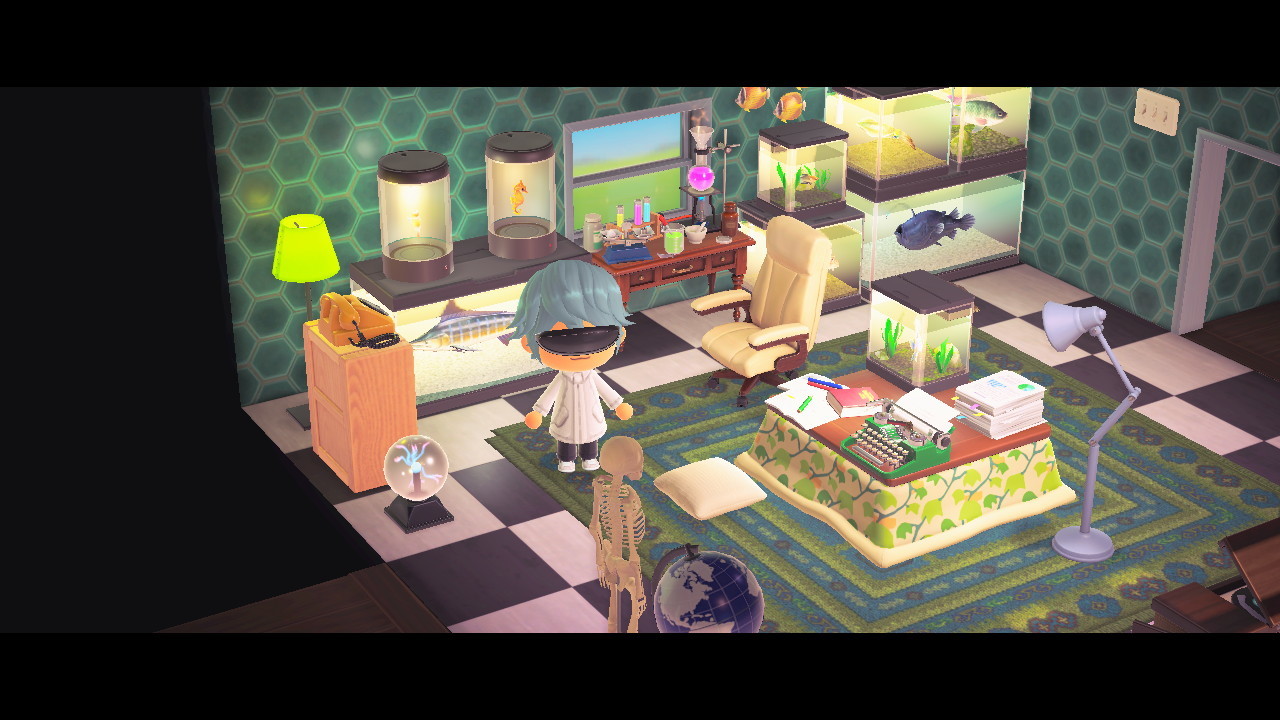 Favorite Spot: It's hard to name just one so I'm doing 3 spots (lol): my house which i designed to be a marine life research lab that i relocated on top of a cliff behind a forest, the aquatic museum, and the town plaza where I get to hang with my frog friends.

Hours Clocked In: It doesn't say here it only just says "first played 8 days ago?" perhaps....hehe that much??

Elevator Pitch: I guess what I want for my island is for it to become a home for frogs. 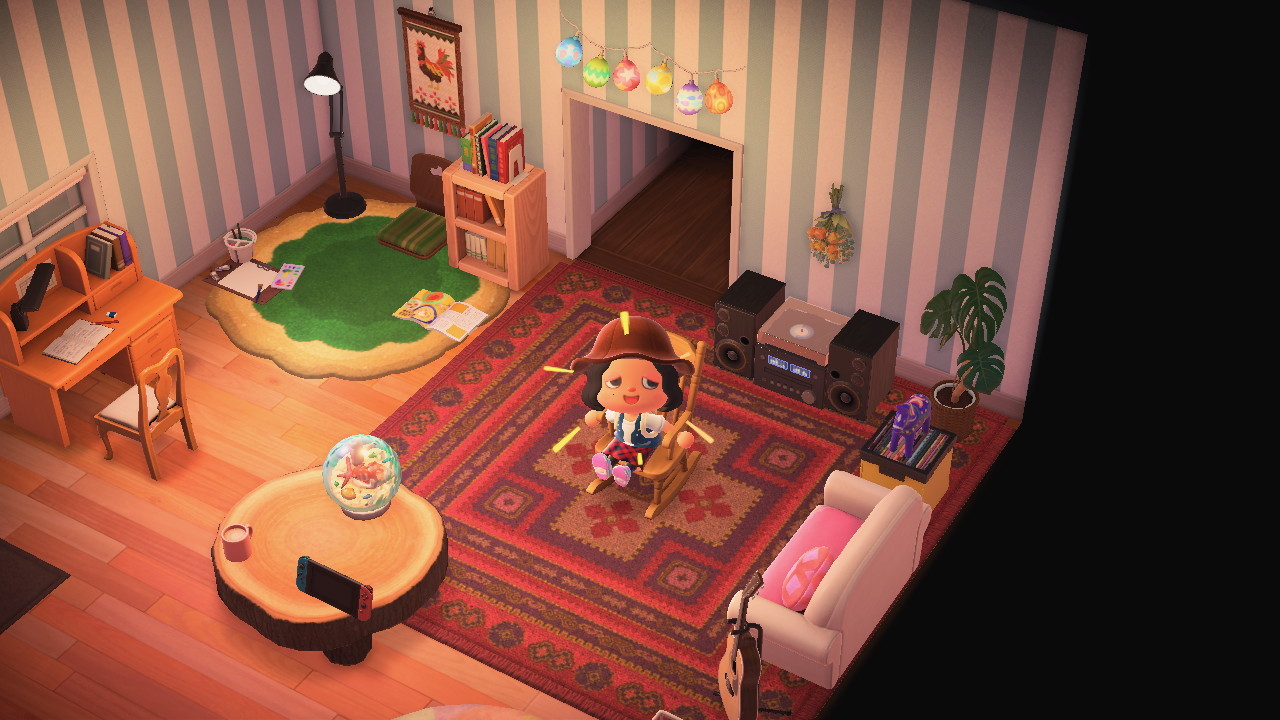 Favorite Spot: This is a part of my little house that I love most. They're quaint little corners with almost everything I need in the world. Also, that chicken tapestry is my fave! One of the really great things about Animal Crossing New Horizons is the details put into the items and interior/exterior building, compared to its precedent New Leaf. There's even a synthesizer, DJ turntable, and other cool stuff—it's super in with the times!

Hours Clocked In: I've been playing since the day ACNH came out, clocked out more than 45 hours so far.

Elevator Pitch: Oatmeal Island is an island I share with my sisters! It's growing lots now, and we have ten villagers already (my favorites being Leonardo and Ankha). We're working on making it look nicer by building more paths and bridges, but we still wanna keep that island charm.