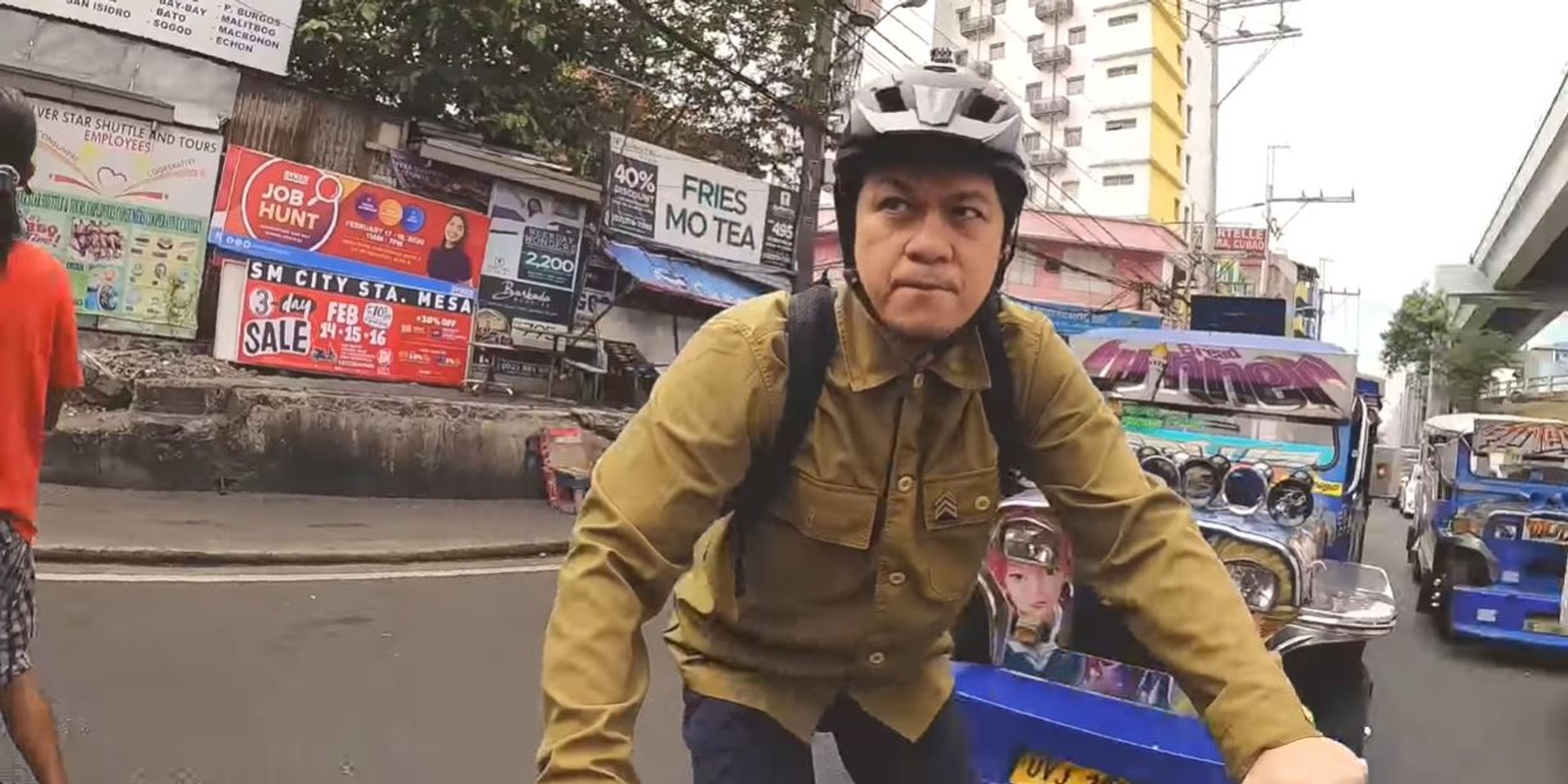 It might be Payday Friday, but the traffic situation in Manila isn't going to let you enjoy that.

Sandwich shared the official music video for 'Buhol Buhol' via PolyEast Records, following its single release last month. The visual follows frontman Raymund Marasigan as he squeezes himself and his bicycle in tight spaces between jeepneys and buses through heavy traffic to get to Gateway Mall during rush hour.

"The goal was a one take continuous shot biking through traffic, overtaking everyone without stopping and without breaking any laws," Marasigan writes in a tweet. "I took several takes on the way back home to Marikina, and a few more in rush hour Katipunan that same afternoon. This was the first take!"

Sandwich are set to get out of the city for Campfire Sessions in Batangas this weekend with Moonstar88. They will also appear at Record Store Day Pilipinas in April with Ciudad, Pedicab, Tarsius, and more.