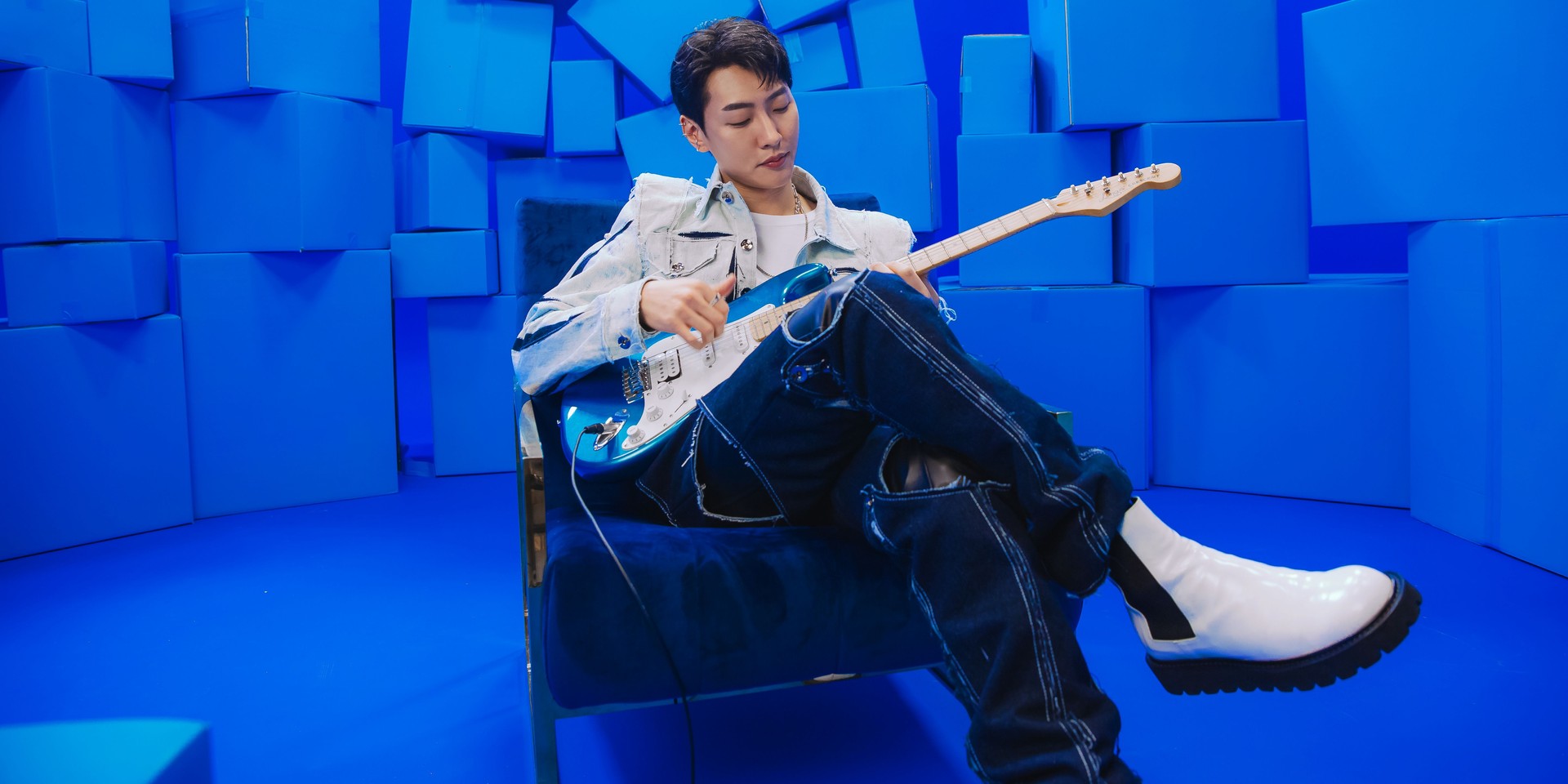 South Korean artist SHAUN's rise to fame in 2018 was a classic underdog story that took the K-pop world by storm. SHAUN—aka Kim Yun-ho—topped domestic charts with the smash hit 'Way Back Home', even surpassing major K-pop acts such as TWICE, BTS, and BLACKPINK.

SHAUN was further propelled to global stardom after 'Way Back Home' was remixed by Sam Feldt of Spinnin' Records, with Conor Maynard providing vocals on the English version. In less than a year, the remix hit 100 million streams on Spotify, and remained among the most listened K-pop songs of 2020.

'Way Back Home' would go on to change SHAUN's life forever, for better or worse. Soon after going viral, accusations of chart manipulation were levelled against him. After all, how could an underground artist achieve such massive success overnight?

SHAUN and his label swiftly denied the allegations, and a subsequent investigation from the Ministry of Culture, Sports and Tourism cleared his name. Charges were filed against those who had spread malicious rumours, but the damage was done. As a result of the controversy, the musician's mental health had taken a toll and he temporarily retreated from the public eye.

The producer then made a strong comeback in January 2019 with a string of successful singles, including 'Bad Habits' and 'Terminal'. In April, he enlisted into the military and had to go on hiatus once again. Now, the singer-songwriter is finally back with his first project in almost two years: #0055b7. SHAUN sat down with Bandwagon to tell us more about the two new singles: 'BLUE (feat. Wonstein)' and 'Closed Ending'.

"After returning from military service, I've just been working on new songs like crazy," he says about his newfound productivity. "It felt like my creativity was blocked during the time I was away, but now it's been revived."

"I'm just so happy to show everyone some of the projects I've been working on since I returned in November 2020. The two new singles are just the first out of many more that have yet to be unveiled. Beginning with #0055b7, I'm excited to continue releasing more music down the line."

Thematically, 'BLUE' and 'Closed Ending' are opposite sides of the same coin: they both address the end of a doomed relationship. Yet, their different sonic textures and narratives offer ambivalent perspectives. In the R&B-tinged 'BLUE', SHAUN oscillates between cool indifference and snarky resentment towards an ex. While the track's arrangement is deceptively straightforward, backed by clean guitar riffs and a simple trap beat, its lyrics betray the complex emotions of loneliness that come with a breakup.

On the other hand, 'Closed Ending' presents a similar juxtaposition of composition and story. Its melody is breezy, yet the lyrics are heavy and wistful. Despite the title, the song does not promise hopeful closure, but instead a sense of futility that the relationship had already reached an "unavoidable closed ending".

Notably, both singles are also underpinned by a spirit of collaboration—something that has always guided SHAUN’s approach to music. Having worked with Korean artists such as SUMIN and OVAN, he approached several collaborators for #0055b7. One of them included the fast-rising rapper Wonstein, who gained attention for his appearance on the hip-hop reality show Show Me The Money 9.

"'BLUE's lyrics were written by rapper Mad Clown and lyricist Lee Ha-jin. Wonstein also contributed lyrics for the second verse, as well as his own feature," says SHAUN about the songwriting process. "My favourite thing about the song is that even though it's about a breakup, the word "breakup" never actually appears explicitly. We tried to go for a 'show, don't tell' approach."

"For 'Closed Ending', I worked with Mandy Kim and CHUNGYOON for the lyrics. Mandy set the thematic framing of the song based on the tone and mood we were trying to go for, and then I roped in CHUNGYOON halfway to help me convey a richer narrative," he remarks.

When asked who he'd like to work with next, he reveals: "I've been listening to BIBI a lot recently. She has a very wide range in how she expresses herself, and she's really good at it too. I also enjoy listening to MOON, who’s a Korean R&B singer. Within the K-pop scene, I personally felt that ROSÉ's 'On The Ground' and SHINee's recent album Don't Call Me were really great releases. It would be cool to work with these artists."

Undoubtedly, #0055b7 represents the beginning of a new chapter for SHAUN, who continues to navigate his creative journey post-'Way Back Home' fame. While the musician acknowledges the expectations of living up to 2018’s success, he refuses to let them become an obstacle now. "The pressure was there before I started working on new songs, but I didn't want that to distract me from focusing 100% on writing music. Once I overcame it, everything just fell into place, and it became much easier," says the wunderkind.

Resisting the label of a one-hit-wonder, SHAUN also continues to demonstrate a rebellious spirit by eschewing the boundaries of genre. The multi-instrumentalist has always been a musical chameleon from the start—beginning as the keyboardist in the Korean indie band The Koxx, before moving onto the EDM scene as a DJ. While 'Way Back Home' and his 2019 EPs took on a distinct electropop sound, #0055b7 veers towards R&B and acoustic palettes.

"The last thing I want to do is to pigeonhole my work as a particular genre. I realised that once I do that, I lose all the diverse possibilities of what my music can sound like," shares the 'Bad Habits' act. "I want to challenge myself with a hybrid approach, and as long as something sounds interesting, I'll try it out without hesitation." He adds, "Nowadays, I'm also getting back into practicing guitar, which features quite prominently in 'BLUE' and 'Closed Ending'.

For SHAUN, exploration and playfulness are key. "I try to listen to diverse genres across different platforms, and in doing so try to imagine new hybrids that could come out of it," says the musician. "There's joy in combining textures that are totally different, and striking an ideal balance between these disparate elements."

Ultimately, despite SHAUN’s tumultuous rise in popularity three years ago, his creative ambitions for the future are marked by unassuming clarity. "I just want to continue pursuing music happily for a long, long time—just like how I've always done so," he remarks. "I'm very grateful for my fans who listen to my work, and I hope they can stay with me on this journey."

"I think all the different experiences I've had thus far have influenced the way I express myself. Beyond just a piece of artistic work, my music also represents my life and who I am. All the different paths I've walked, and all the things that I went through, are deeply immersed within my music."

When asked about plans to tour Southeast Asia one day, the singer-songwriter enthused: "Of course! I really hope this pandemic settles down. Thanks to the love and support I received during these past two years, I could still work on lots of good songs even if I couldn't perform. I hope the situation gets better, so that I can meet fans overseas and perform live again."