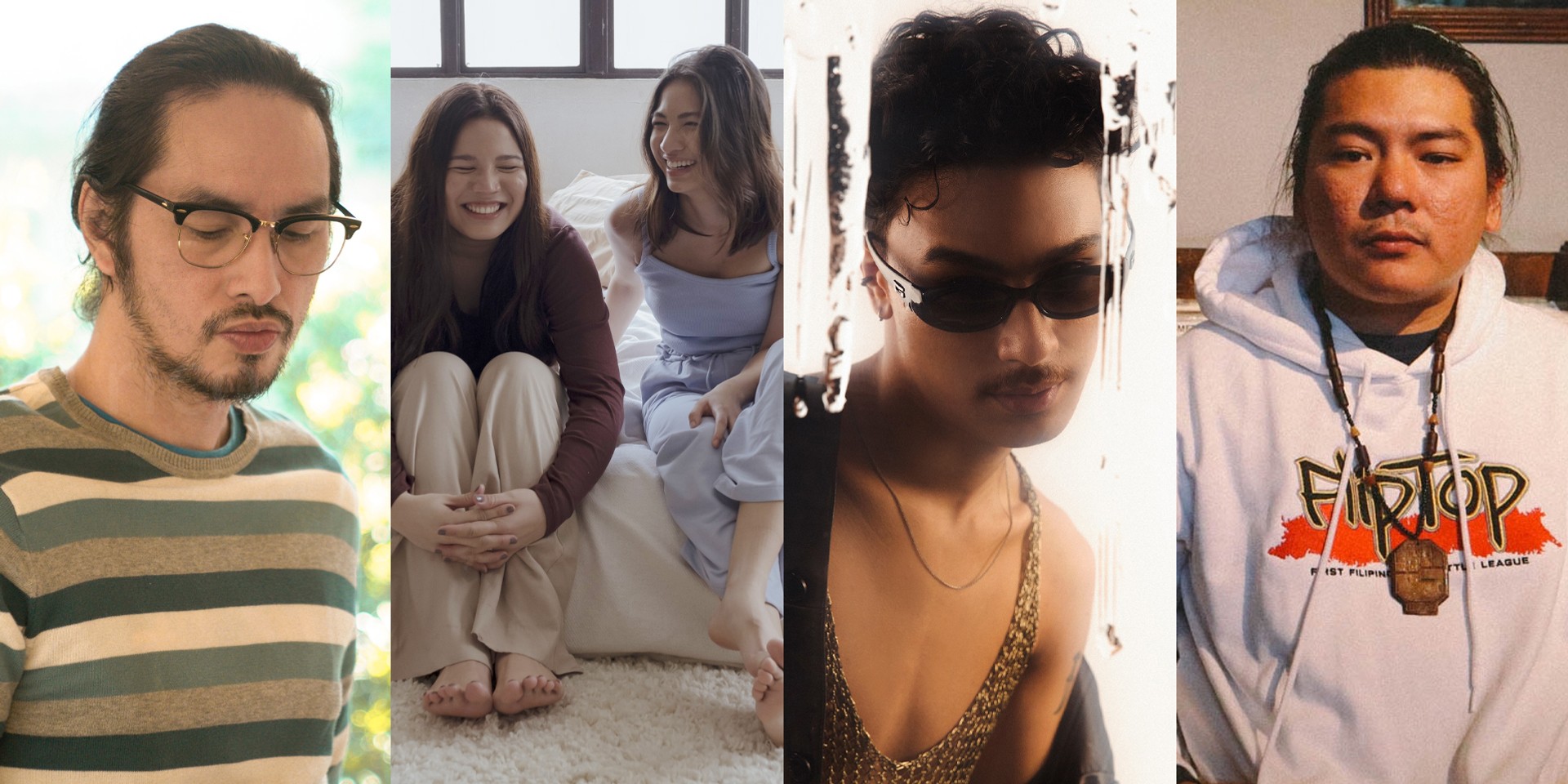 The Philippines' official music conference and festival is returning for its second year this October 15-17 to deliver industry professionals, musicians, and enthusiasts numerous talks in hopes of innovating the music landscape.

Over the course of three days, 12 relevant industry topics and three networking breakout sessions with the likes of Rico Blanco, Vince Nantes, Ed Is Dead, Mike Constantino, ANYGMA, and more are slated to take place. Over 30 local and international acts, including The Itchyworms, Leanne & Naara, Jason Dhakal, and Assembly Generals are scheduled to appear at the conference.

"Now more than ever, we need something to get us all together so we can inspire each other, cheer everyone on and show that there is a bright future for contemporary Philippine music – there is so much hope for our music industry and everyone in it," Mike Constantino, visionary founder and CEO of HOMONYM, says in a statement.

“Last year’s success showed us that there is a hunger to learn and connect among the many sectors of our modern music industry. It also showed us that there is a great opportunity to learn from and learn with the music industries of international markets – as we have learned from our years-long Posporos partnership with Spain – and now, with markets like Taiwan, Canada and many more through Sonik” says Anne Luis, Head of the International Affairs Office of the National Commission for Culture & The Arts (NCCA).

Check out the posters below for details. 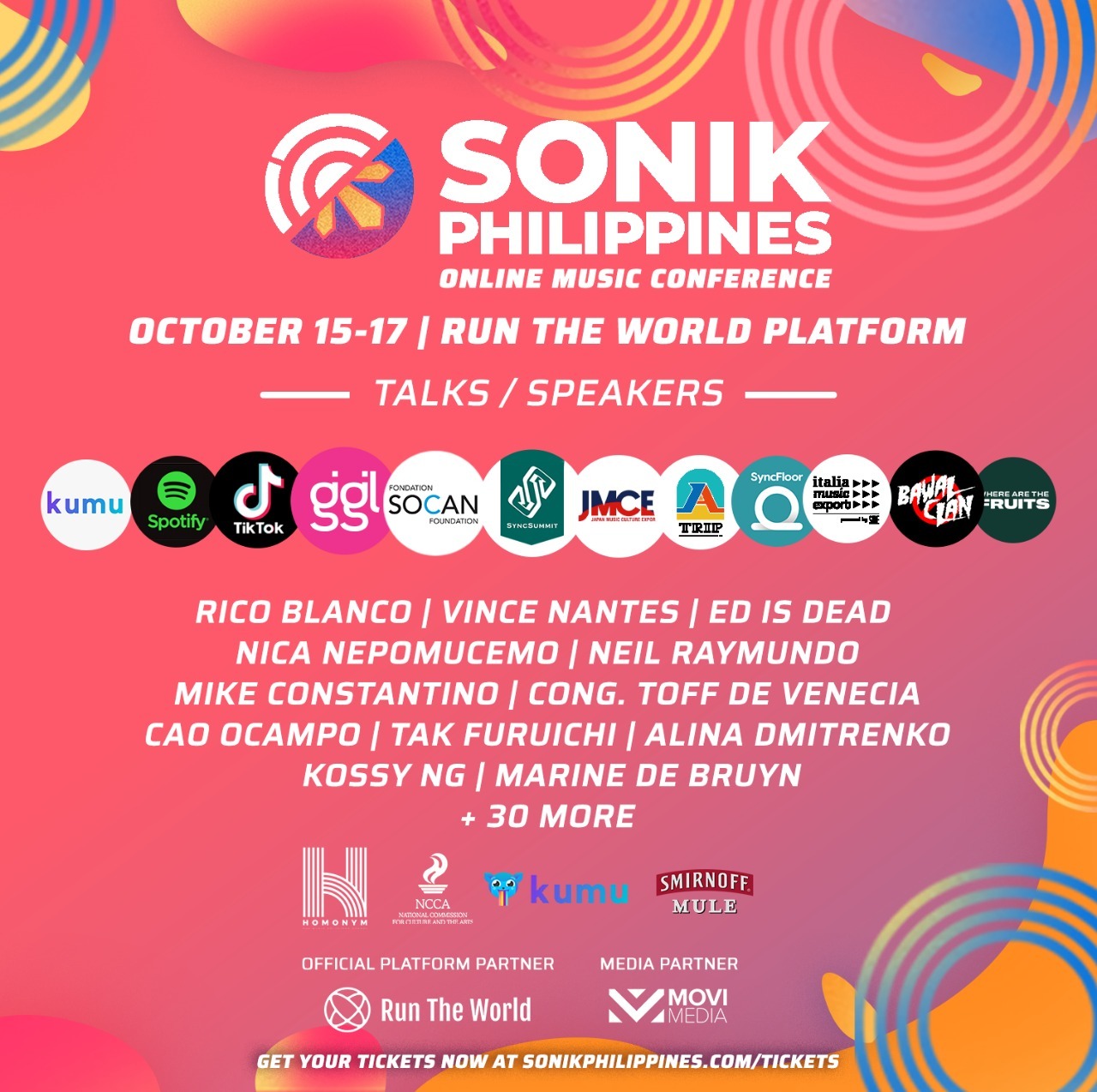 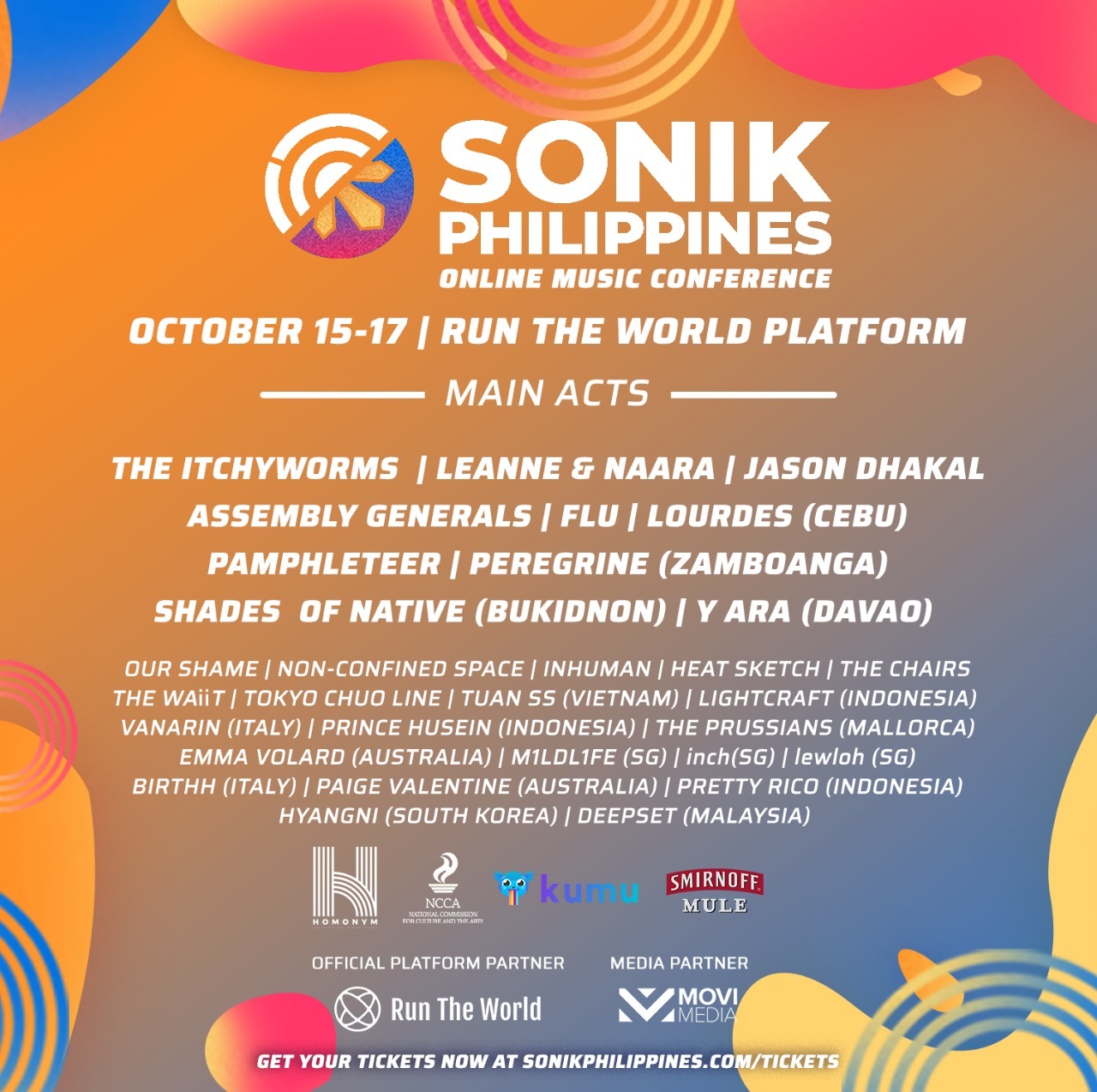