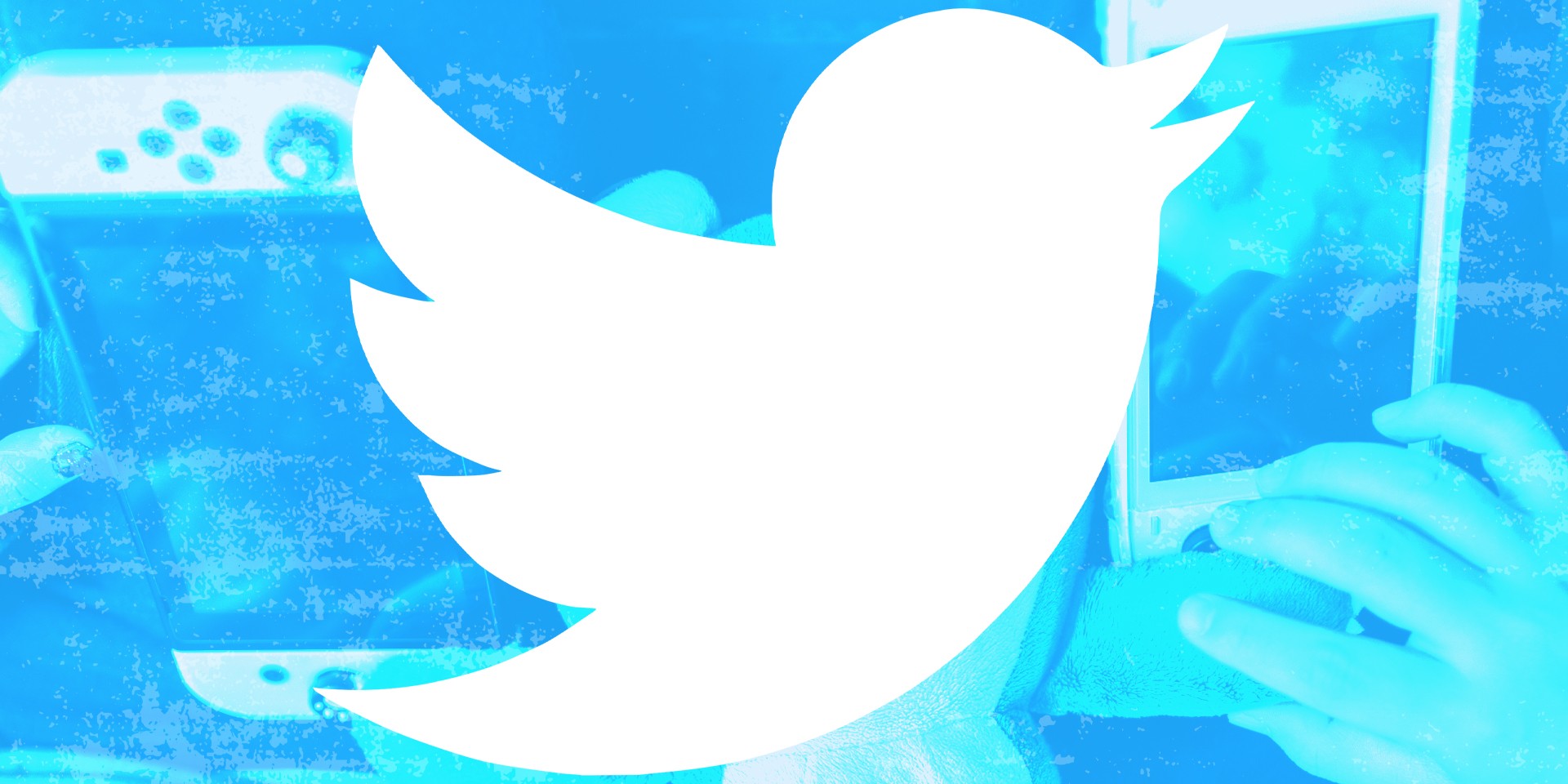 Twitter has been a longtime go-to for fans and players to discuss game announcements, virtual events, and major esports tournaments.

Last year, over 2 billion tweets about gaming made it into the Twittersphere and it looks like nothing will slow it down. According to Twitter Internal Data, there has been an 18% increase in tweets about gaming what with esports leagues like Call of Duty and Valorant Champions Tour and global gaming events like E3 and Summer Game Fest getting gamers to tweet away as they hit trending levels on the social media platform.

The gaming industry continues to run stong with Japan, the United States, Korea, Brazil, Thailand, the Philippines, India, the United Kingdom, France, and Spain being the top countries (so far) to talk about it on Twitter. 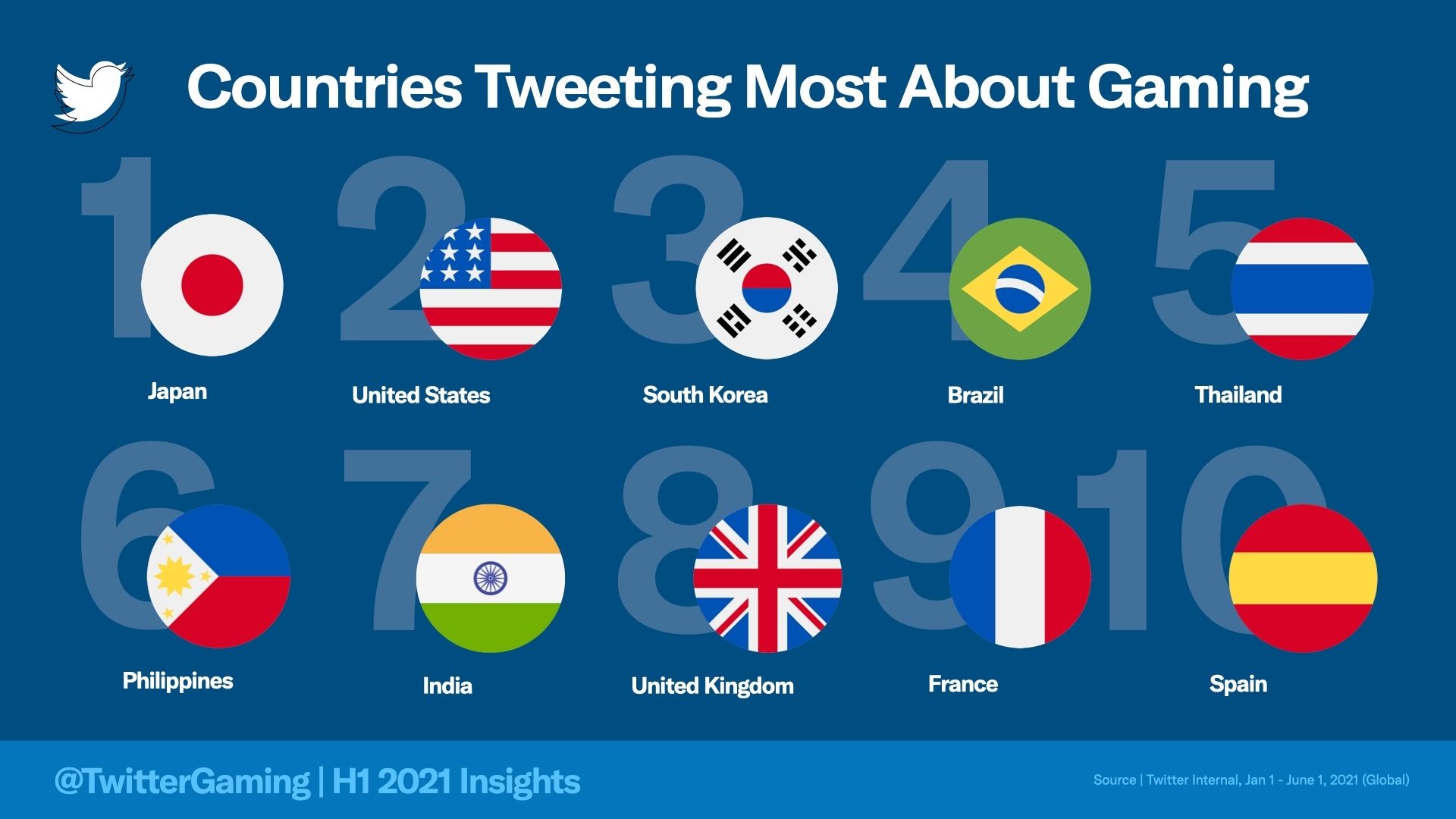 Live sporting events have also slowly made its return and thanks to everyone being trapped indoors due to the ongoing pandemic, people's eyes have been glued to their screens. Numerous online leagues have ramped up since 2021 kicked off, leveling up the buzz over League of Legends, Call of Duty, Overwatch, and Valorant tournaments, esports teams like LOUD esports, OpTic Chicago, Dallas Fuel, and Sentinels, to professional gaming athletes.

Besides teams, many gaming fans have been tweeting a lot about their favorite titles. Here are the top 10 most tweeted about video games in the world:

Plus with the recent E3 2021 event earlier this month, hype over The Legend of Zelda: Breath of the Wild sequel never backed down. The Nintendo-exclusive game was followed by the George R.R. Martin and Hidetaka Miyzaki collaboration Elden Ring, Battlefield 2042, Halo Infinite, and Forza Horizon 5. 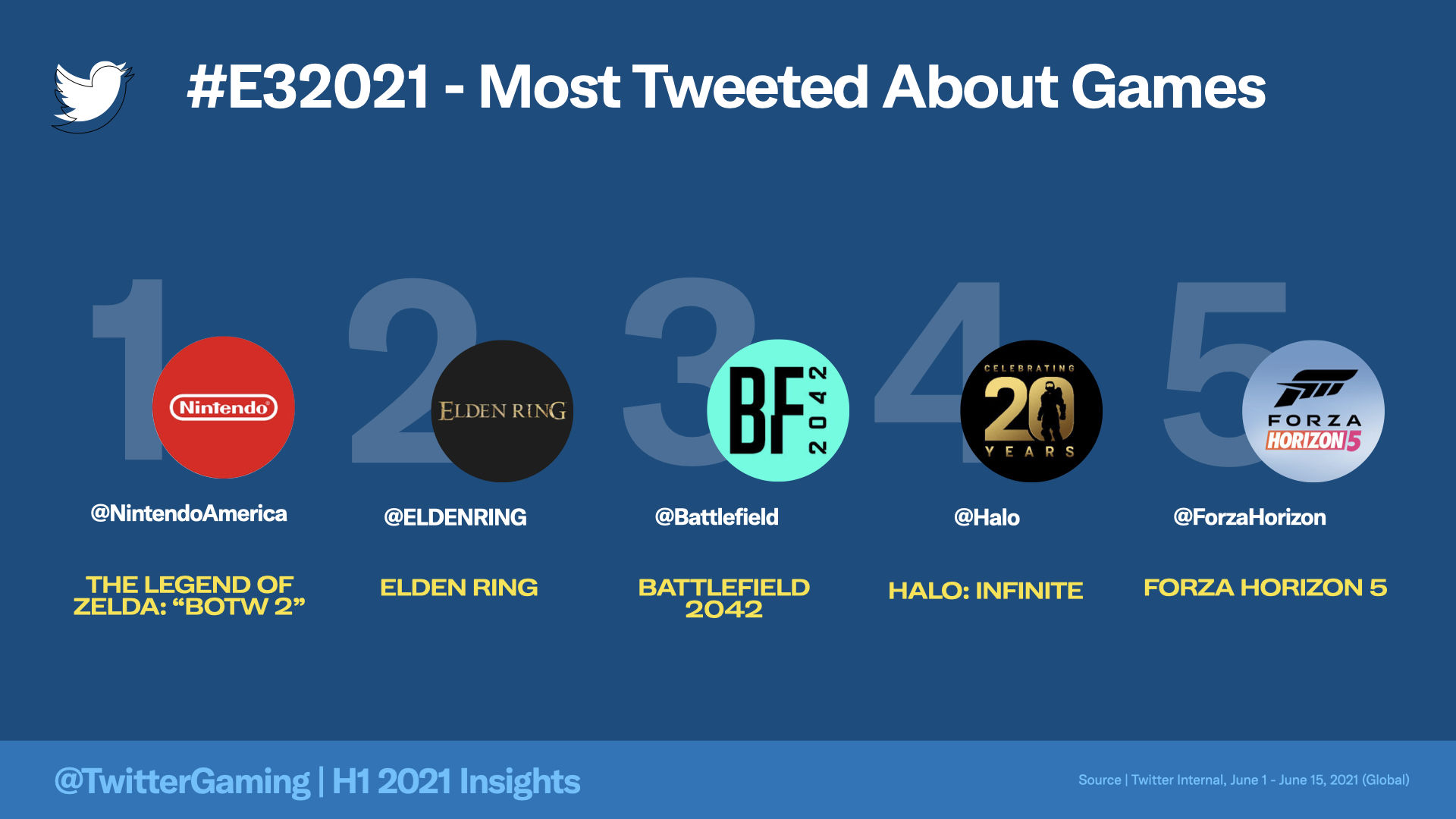 As we bid farewell to the first half of 2021, it's worth looking into upcoming gaming events like Gamescom and The Game Awards and the highly anticipated esports tournaments hitting your screens in the next few weeks.