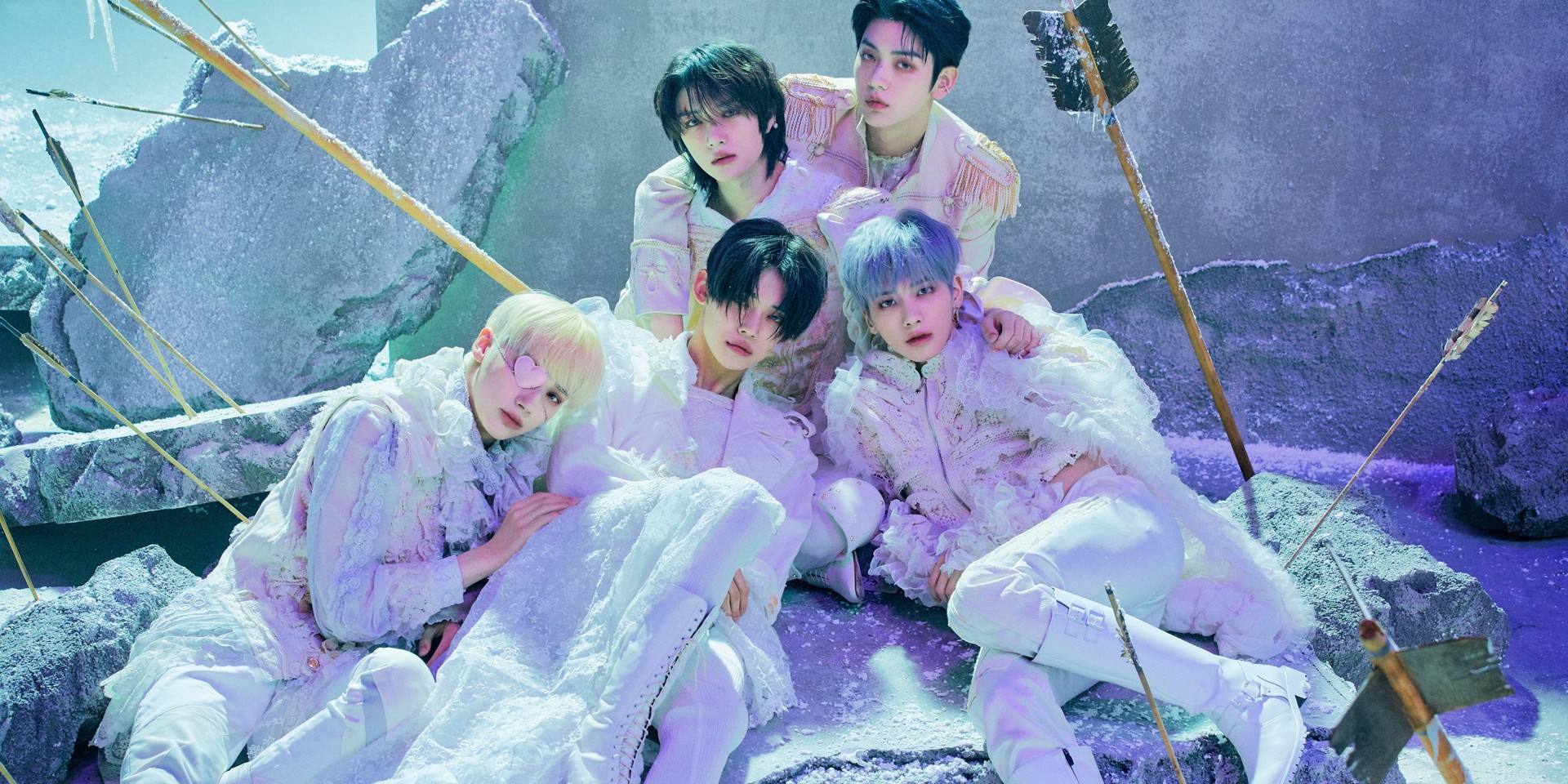 Fresh from their chilling new album, TOMORROW X TOGETHER (TXT) are gearing up to release the music video for their first-ever English single.

In an announcement made on 6 June, the K-pop group revealed that they will be releasing a music video and more for 'Magic', the third track off of their latest album The Chaos Chapter: FREEZE.

As part of their promotion schedule, the group are slated to perform their English track on Good Morning America on 10 June at 8 PM KST, and The Late Late Show with James Corden on 15 June at 1:37 PM KST.

TXT will also be launching a TikTok event titled #Magic_Moves on 19 June, in addition to the Instagram and Facebook filter they dropped on 7 June. This TikTok event follows the group's #BeMyValentine campaign that they launched on the short-video app last February.

'Magic' comes as one of 8 tracks off of The Chaos Chapter: FREEZE which marks a new era for the group. The album featured collaborations with BTS' RM, Seori, Ashnikko, MOD SUN, No Love for the Middle Child, Alex Hope, and more. Each member also had writing credits for some of the album's tracks.