In a rush of disco pop and neon lights, Ylona Garcia waves goodbye to toxicity and pain in her power anthem 'All That'. Shaking off the craziness and chaos of the last year, the Filipino-Australian singer-songwriter celebrates the start of a new journey in her latest release.

"The song is very straightforward. It's like 'thanks for asking, I'm doing well everything's just fine' so I'm literally just saying the lyrics. It's talking about overthinking and negativity, all of that toxic habits that I've somehow had. It's just talking about leaving all of that in 2020 and starting anew," Ylona tells Bandwagon.

Produced during an impromptu studio session last summer, 'All That' is the 19-year-old's first release under PARADISE RISING. It dropped earlier this month, alongside a glittering music video that features precise choreography and surprisingly, a lot of toilet paper. 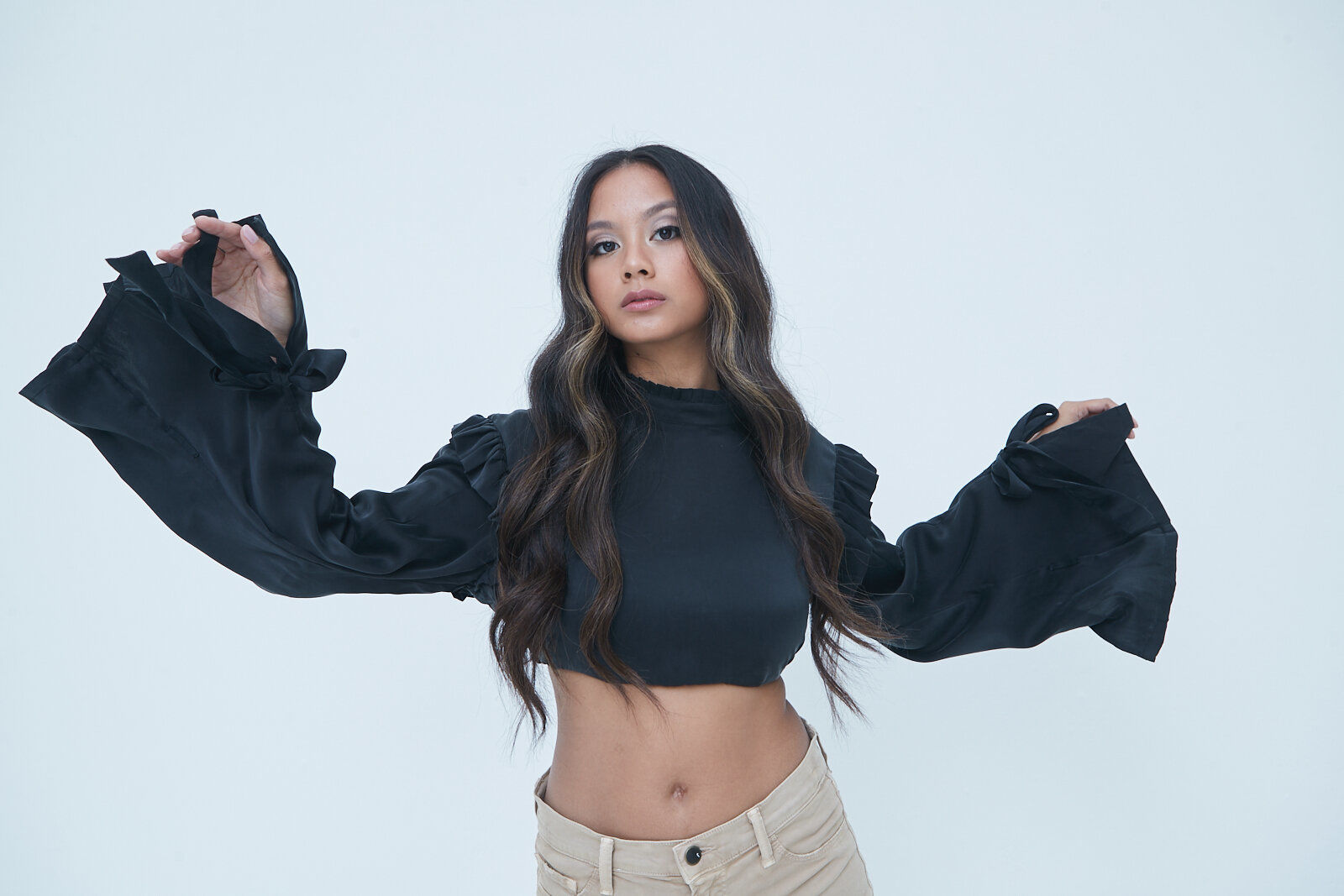 "The story behind the music video is that there is no story (laughs). No jokes, okay. It's basically my personal experience with everything that happened in 2020. I felt like I was in a glass box the whole lockdown while I was still in the Philippines, and as well as Australia because it was all pretty intense," says Ylona.

"Ever since the lockdown happened, it just felt... It gave me a flashback of the reality show I was on and not being able to freely see my family. The thing is, I loved my experience on the show but the fact that I just couldn't see my family was kind of a lot for me to take in. With that, I did feel like I was in a glass box and that's when the characters of me going to the gym came through, me on the laptop, and the toilet paper [character]. So, that's kind of the inspiration behind the music video, where I was just getting crazier and crazier each time."

Ylona is the latest act to join PARADISE RISING, the artist collective under 88rising representing "the next wave of artists in the Philippines". She joins acts like Fern., Jason Dhakal, Kiana V, Leila Alcasid, and Massiah, who she performed alongside at Eastern Standard Time's DOUBLE HAPPINESS Winter Festival last December.

The young artist's love and passion for music started at a young age, having listened to her parents' old records and watched clips of live concerts all throughout her childhood.

"Ever since I was young and ever since I could remember, my parents would play records of Michael Jackson, Elvis Presley, Christina Aguilera, and Etta James. They would also play their live concerts, and I was just like, I want to be like that. To see the way that they perform, their vibe, it was really cool and that's what I aspire to be like that," says Ylona.

Wanting to make her dream a reality, the singer-songwriter moved to the Philippines in 2015 to join one of the country's biggest reality shows, where she showcased her love for music and performing. Soon thereafter, the young act gained immense popularity for her impressive musicality and electric stage presence.

In 2016, Ylona dropped her debut album, My Name Is Ylona Garcia, at just 14. Now at 19, the singer looks fondly over her first record, fawning over her "fetus voice" and how much she's grown.

Growing up in the spotlight was not an easy feat for Ylona. Having spent almost her entire teenage years under the limelight, the 'Split Milk' act faced a series of obstacles and hurdles in her musical journey so far.

"It all started when I turned 16, I think those were the times where there was just this heaviness, like this huge weight on my shoulders. I just didn't know how to handle it, I didn't know how to balance it all. So, I definitely have some difficulties with all this and just had to learn how to not really battle it... because I don't really think it's something you should fight but something you should reflect on," says Ylona.

"There was a lot that I didn't know at the time, there's still a lot that I don't know, I have a lot of things to learn. But, I tackled all of the difficulties by embracing it."

Now, stronger than ever, Ylona has a lot in store in the latest chapter of her life as a PARADISE RISING artist. Armed with her unique blend of "pop with a hint of R&B and a dash of old soul", the singer is ready to conquer the global stage.

"I feel very motivated and excited. You know, when a car's engine has just turned on and you're ready to just step on the accelerator, it was like that. It felt like I wanted to go 180 on a 45-speed limit, I just wanted to go (laughs)," says Ylona.

Listen to Ylona Garcia's 'All That' here.