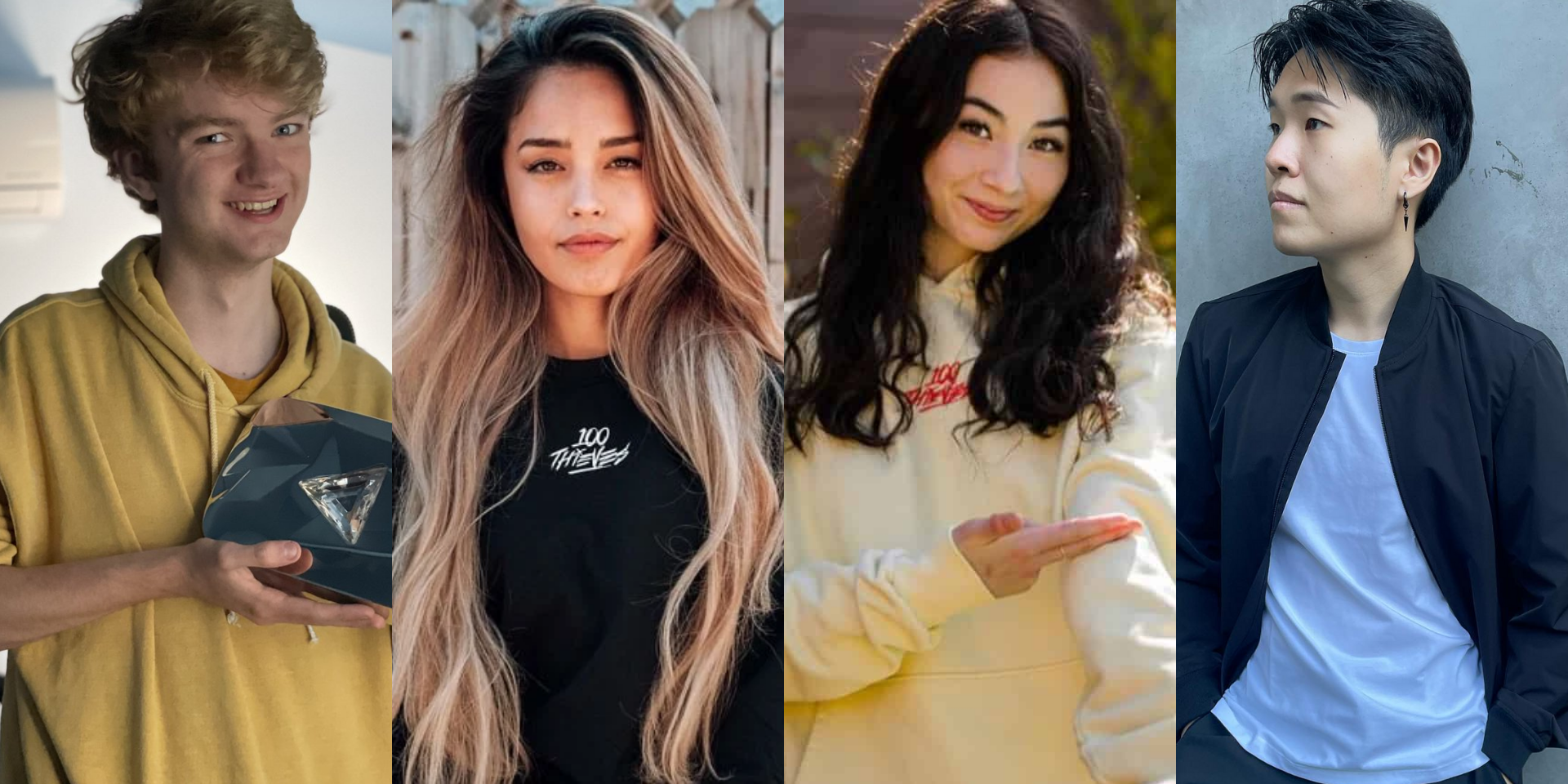 The world of streaming and streamers, be it on Twitch, YouTube or even Facebook, has seen a significant rise in the last year alone. With everyone confined to their homes, socially isolated, streamers have been a source of comfort during these trying times.

In fact, during 2020, Twitch saw an 83% rise in usage and a total of 17 billion hours of watch time, earning the platform its biggest viewing figures yet. Even with parts of the world gradually reopening, livestreams are still one of today's most viewed content.

Filipino musicians streaming Mobile Legends, Valorant, Fall Guys, and more you should follow while in quarantine

Whether you're looking for sweaty gameplay or a peaceful art stream, here are some streamers who are taking over the virtual realm. From Minecraft stars to esports players, here are 10 streamers you should check out!

In the world of gaming, it's hard not to come across Valkyrae. Considered one of the biggest streamers today, the Filipino-American online star is known for her positive energy and charming personality. Valkyrae – whose real name is Rachel Hofstetter – first rose to fame through Fortnite in 2015 but today, she's mainly known for being one of Among Us' most prominent players.

From a quaint streamer, Valkyrae is now the co-owner of the gaming and lifestyle organisation, 100Thieves where she is on a mission to pave a way for women in gaming. The online star, who also has starred in Bella Poarch's music videos, currently streams a variety of games on YouTube.

At the forefront of the popular online multiplayer game Among Us is none other than Disguised Toast. Credited for leading the viral wave of the quarantine-favourite game that swept the entirety of the gaming world last year, the Taiwanese-Canadian streamer has pioneered an array of trends and "big brain" plays associated with Among Us.

Known formerly for playing Heartsone, the streamer is one of the members of the social entertainment collective, OfflineTV and is currently one of the most popular streamers on Facebook. Following his departure from Among Us early this year, you can mainly catch Disguised Toast playing League Of Legends, Valorant, Terraria, and World of Warcraft these days.

If impressive and jaw-dropping Valorant gameplay is what you're looking for, then Noctile's definitely your guy. Despite describing himself as your "friendly neighbourhood thrower", the streamer can clutch a game like no one else.

Hailing from the Philippines, Noctile first started streaming in 2019, playing the first-person shooter game, Apex Legends. He then moved to Valorant last year and has become of the game's most notable streamers in the Philippines. Most recently, Noctile has also joined local gaming organisation Oasis Gaming as a content creator.

Mainly known for being a part of the MrBeast crew, Karl Jacobs is undoubtedly one of the Internet's most popular creators. A beam of energy and whimsy in the world of gaming, the American YouTuber and streamer originally started his streaming career in 2017, playing Roblox under the alias GamerBoyKarl.

Now, the Twitch streamer is one of the platform's biggest Minecraft gamers, being a member of the popular Minecrafter server, the Dream SMP. As an spinoff of the lore-based multiplayer server, Karl has also started an anthology series, Tales from the SMP on his channel where he dives into the story and background behind the Dream SMP. In the past, Karl has also collaborated with the K-pop stars Mark Tuan and Jae, and rap icon Lil Nas X.

Described to be an all-around gamer, hJune is known to excel at any video game he touches. From tactical shooters to sandbox games, the Korean-Canadian streamer is a highly regarded figure in the gaming community.

HJune first garnered attention through his impressive plays in the multiplayer survival game, Rust and is currently part of OfflineTV's server where he plays alongside other notable streamers like Ryan Higa, Myth, Shroud, and many more. The streamer also plays Valorant, Minecraft, and variety games.

At only age 17, Tommyinnit has become one of streaming's biggest names. In the last year alone, the Minecraft streamer and YouTuber had gone from 760,000 subscribers on YouTube to now, over 10.5 million. The young streamer first gained prominence on Minecraft's Hyperpixel server where he played games like Bed Wars and Skyblock. It wasn't, however, until he joined the Dream SMP in July 2020 when he skyrocketed in fame.

Tommy also currently holds the world for the most followed Minecraft channel on Twitch with over 5.6 million followers, and for having the most viewers of a Minecraft gameplay live stream on Twitch garnering over 650,000 concurrent viewers. The streamer is most known for his loud and energetic streams on the Dream SMP alongside other members of the server, and his hilarious Minecraft mod videos.

Since late 2020, Kyedae has gradually become one of Twitch's most recent breakout stars. Starting out as a shy streamer, the Japanese-Canadian personality is now one of Valorant's most notable streamers and a content creator under the renowned gaming organisation, 100Thieves.

Kyedae first got into gaming and streaming through her boyfriend and Valorant esports champion, Tenz. Paving her own path in gaming, the streamer is well-loved for her infectious energy and charming personality and her dedicated grind to reach Radiant.

When Faker's not in an arena outplaying opponents in League of Legends, he's on Twitch... also playing League of Legends. A highly respected gamer and well-known figure in the world of esports, the Korean professional gamer currently plays for the award-winning esports organisation T1.

Faker started making name for himself right from the get-go in 2013, and over 8 years later, he is still League's greatest players. But while the gamer is ruthless on the battlefield, he's quite the opposite in his streams, often calm and bantering with others in the chat.

A streamer, artist, and musician all in one, LilyPichu is one of the most charming streamers in gaming. The Korean-American personality first started her online career on YouTube in 2010 creating videos that fused her love for anime, League of Legends, and art. Through the years, Lily's content range expanded, covering gameplay videos and music.

The 'dreamy night' act is also a member of OfflineTV and a voice actress, who recently worked on Phantom Breaker voicing Rin, and Genshin Impact voicing Sayu. Lily streams on Twitch and currently plays various games like League Of Legends, Minecraft, and Valorant. Beyond gaming, she also often does art streams where she draws and chats with her audience.

Bringing together worlds of music and video games, JohnOfTheForest or simply, John is a streamer and music producer that hails from the Philippines. Currently, he streams on Twitch where you'll find him putting together a whole song, asking Alexa random questions, or tapping heads in Valorant.

But beyond his entertaining streams, you might know John for his "simp" songs. The immensely talented musician has previously gone viral for his well-crafted songs dedicated to his fellow streamers, namely Pokimane and Valkyrae.