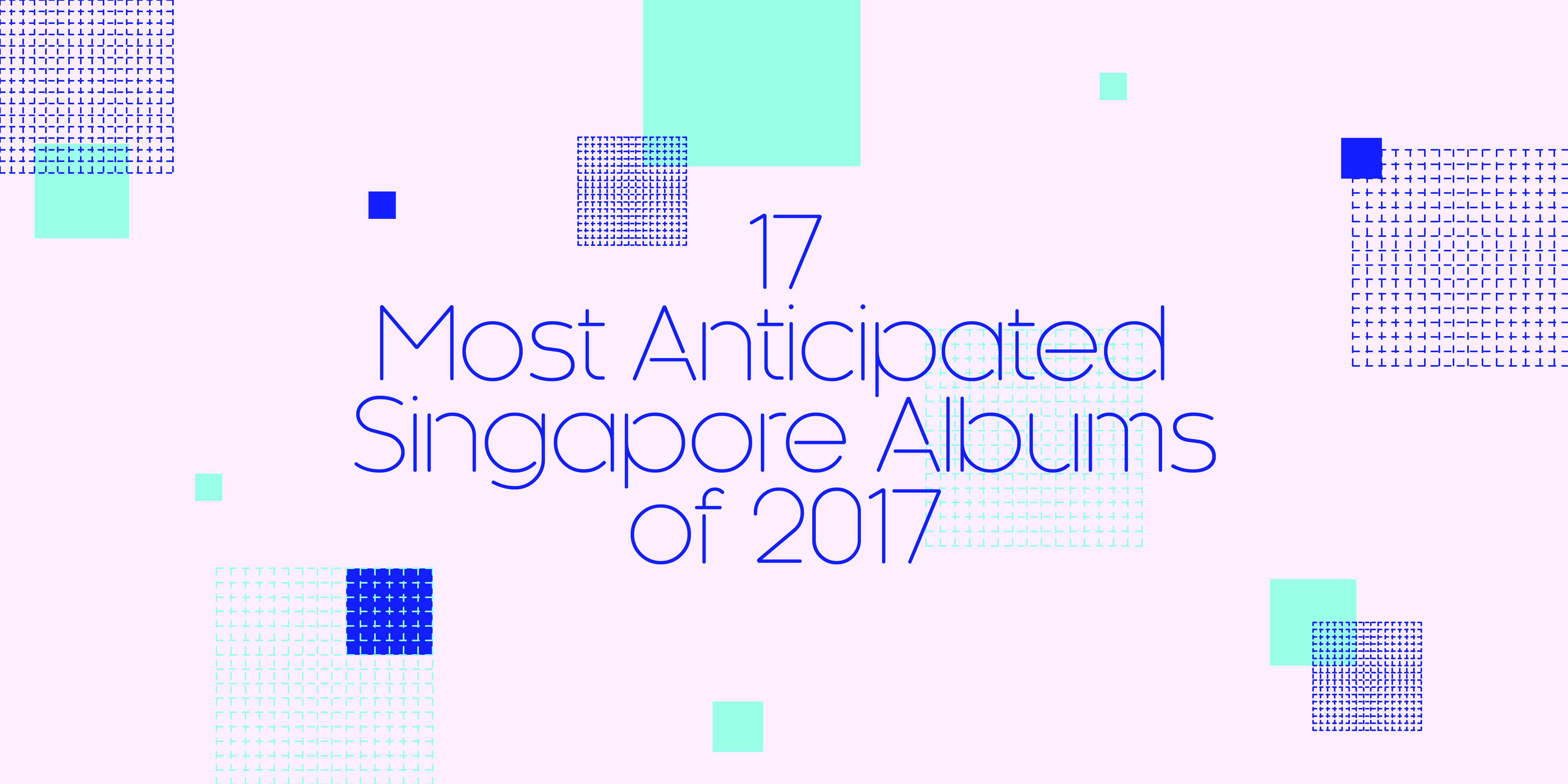 We've done plenty of looking back our the last month with our year-end lists — now it's time to look forward!

This is a particularly exciting time in Singaporean music at the moment, and much of that enthusiasm is down to the incredible local artists that we're blessed to follow for a living. From legendary names to boundary-pushing vets to young rising stars, 2017's release calendar is chock full of promise and potential.

There's a lot more to look forward to than this list, but here's our 17 most anticipated albums of 2017.... 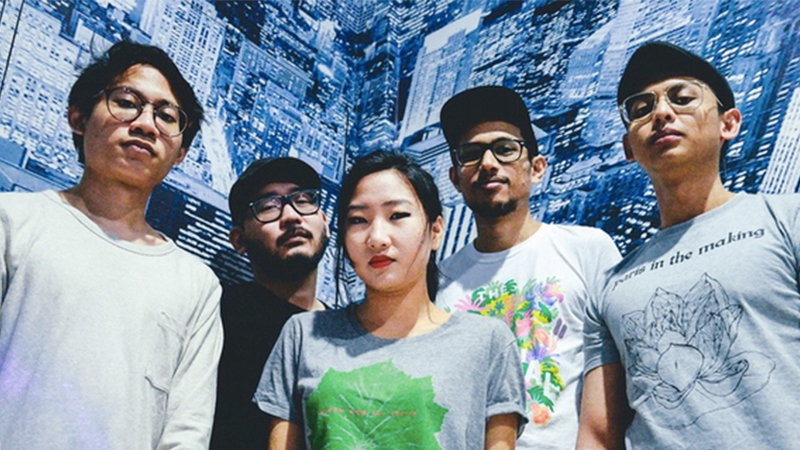 They’ve been hard at work on their debut LP for about a year now, and it's finally due! Currently in its final stages of mixing at Leonard Soosay’s Snakeweed Studios, we can tell you that sub:shaman’s long-awaited freshman full-length is already sounding pretty mind-blowing at the moment.

While their Outsider EP and short film presented audiences with a jazzier, neo-noir take on the band, this album promises to cut right to the heart of sub:shaman’s essence (i.e what you see during their live performances). It’s intense, it’s dazzling, it’s challenging and it’s almost certainly going to be a front-runner for album of the year. 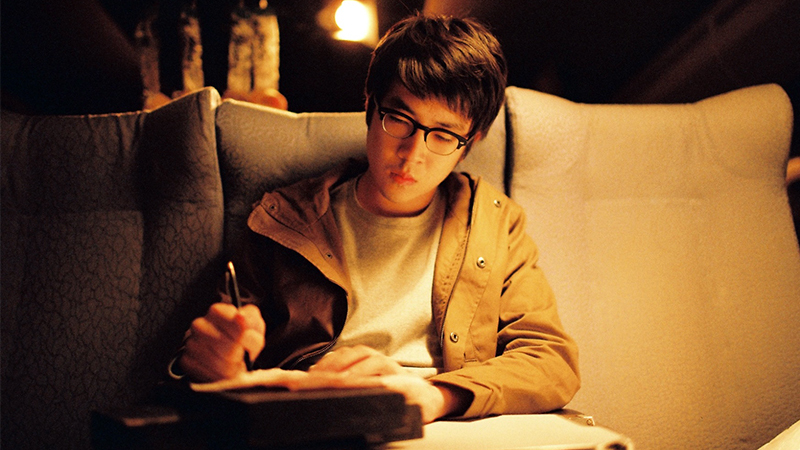 Despite the heavy promo run behind Time/Space, which saw a limited vinyl release last December, Charlie Lim has already been hard at work writing a new record since signing on to Universal Music Singapore.

He says, “For me, it’s always been about putting the music first – I just want to keep producing good work for as long as I can and hope it will mean as much to whoever’s listening.” After the stunning eclecticism of his “double-EP”, we hope Charlie will surprise us with a new release. 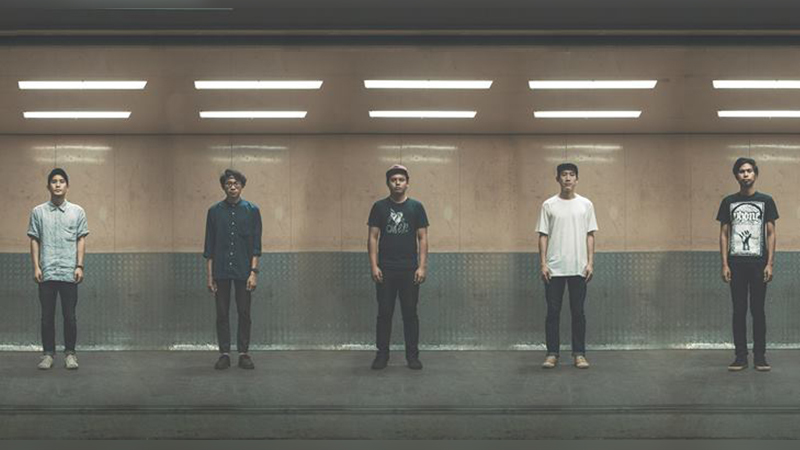 When Amateur Takes Control reformed last year at 100 Bands, we knew that a new record was likely coming our way in 2017. Currently featuring a revamped lineup consisting of Field Teo on guitar and Martin Kong on drums, this current iteration of a Singaporean post-rock staple is probably the most exhilarating version of the band to date.

They’ve still retained the emotion and instrumental complexity of the old ATC, but they’ve also gotten heavier and (surprise, surprise) groovier. Judging by the reaction to their new material during their comeback shows, ATC’s forthcoming record should have no trouble living up to some pretty lofty expectations. 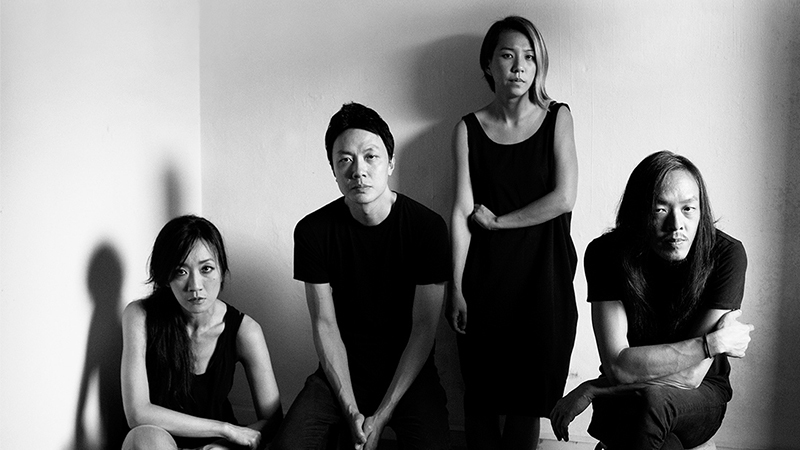 We know that it might be too soon to expect something out of The Observatory, seeing how the band pushed out the excellent August is the cruellest just under a year ago. But the band also possesses an unceasing work ethic, so it wouldn’t be entirely surprising if we see some new material from the veteran avant-rock band by the end of the year. 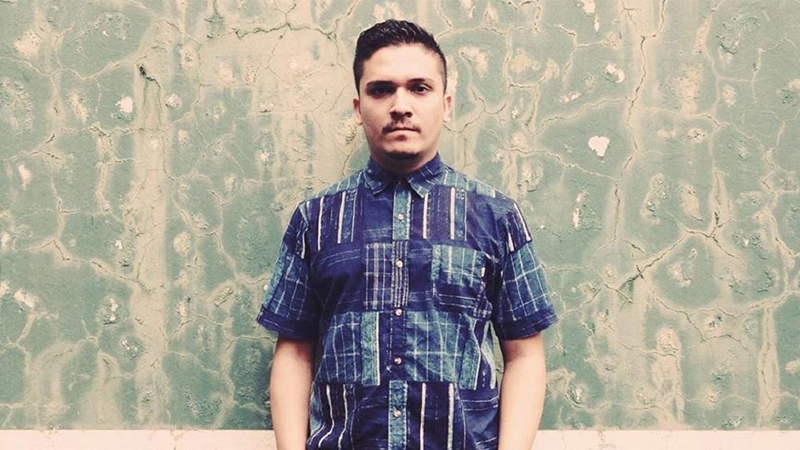 It’ll be exciting to see where the renowned funk and soul musician takes us on his solo album, but with its March release on the horizon, we won’t have to wait too long to experience Warrior. And just a heads up, be ready for a few incredible guest features on the LP as well! 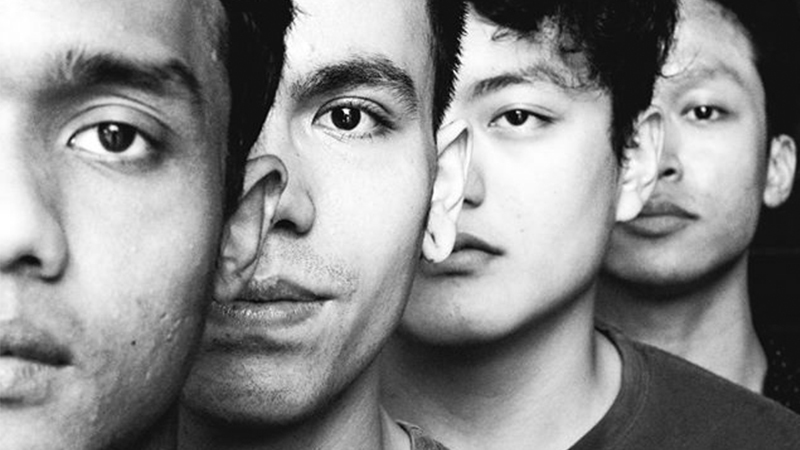 One of three acts on the Laneway line-up — who all appear on this list as well — progressive metal band T-REX have their debut album in the bag, aiming for a release within the next few months.

Their live performances have been nothing short of astounding — especially since saxophonist Bryan De Rozario hopped onboard — and the album was also recorded live with no overdubs, so this will very likely be one of most energetic and blistering releases out of Singapore this year. 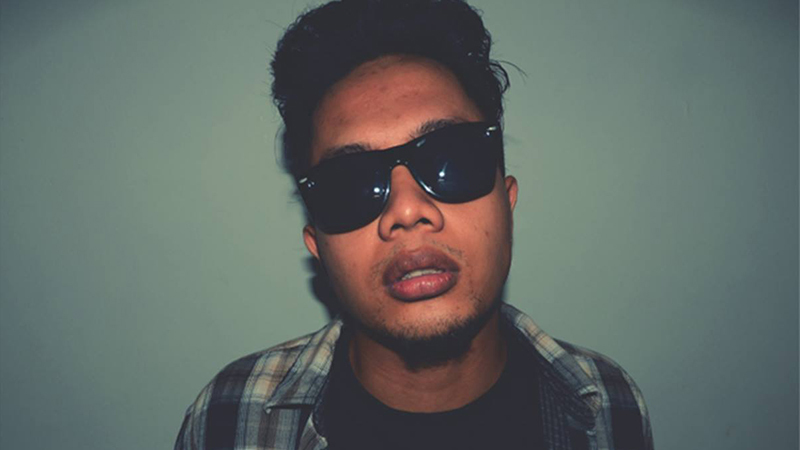 We’ve been eagerly waiting for this one since his instantly infectious ‘$ua’ dropped in early 2016. But on the other hand, it’s pretty refreshing to see a Singaporean artist with the patience and foresight to play the long game.

Already a rap phenomenon in Southeast Asia thanks to his viral seluDOPE mixtape, Akeem has spent a year building up his profile even further with a slew of original, incredible singles such as ‘Bu$a’ and ‘Risau’. Now with his momentum at a crescendo, 2017 is the certainly the right moment for the local hip-hop visionary to unveil his defining document. 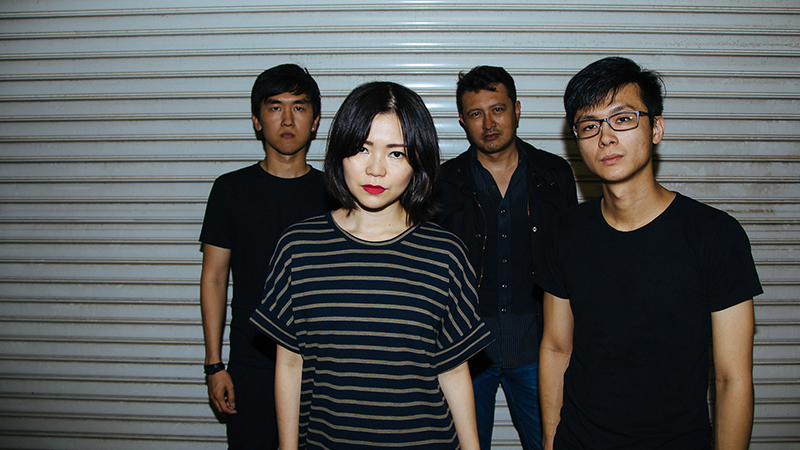 The inclusion of Singaporean shoegaze luminaries Astreal on the Laneway Festival Singapore 2017 lineup may have been a surprise to some. But as we assumed, that was surely a sign that Astreal would return with a new album soon. True enough, that news was confirmed shortly thereafter!

Entitled Light, this will be Astreal’s first album in a decade, and judging by lead single ‘Colossal’, it sure seems like the band hasn’t lost a step. The LP will be available for purchase at Laneway, before being released digitally and on vinyl later on this month. 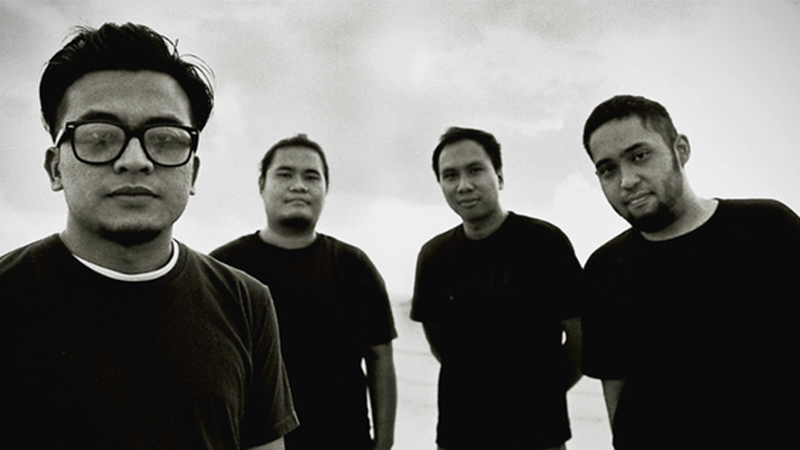 Sure, they’ve been appearing on our lists time and time again. But we remain optimistic — Art Is Blood is out there, somewhere, sitting in the hard drive of an impassive mixing engineer.

We’d like to think the album is merely being delayed by indecisiveness finalizing a proper release date, because we’ve heard a couple of new songs live — and they all sound like David Sparkle at their doomy, earth-shattering peak. It would be a shame if these songs aren’t even entirely committed to tape yet, but patience is key. 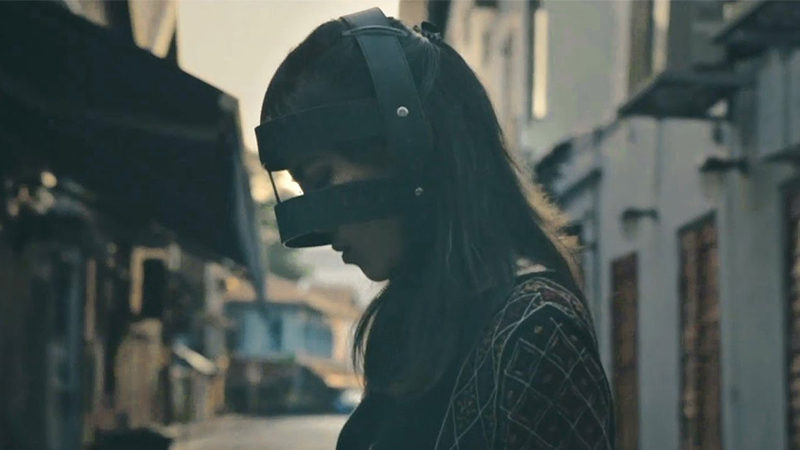 Coming out huge with transcendent single ‘1057’ (pronounced as ‘LOST’), Jasmine Sokko was easily one of 2016’s biggest breakout artists in Singapore.

The single was such a huge hit last year that it even nabbed the coveted #1 position on Spotify's Singapore Viral 50 chart! Now with her recent remix for TOMGIRL also making headlines, we gather that Jasmine Sokko is in a prime position to drop an EP or LP this year (probably under Yllis’ 13 Orphans Records like ‘1057’ was). We foresee 2017 being a huge year for the emerging artist. 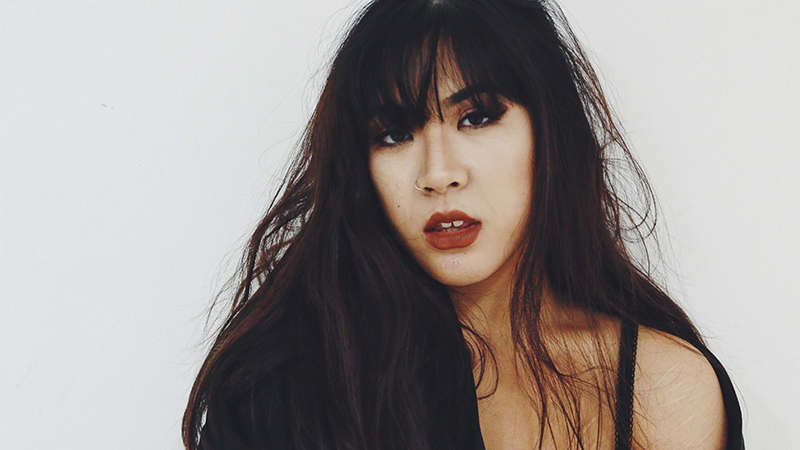 The R&B singer was pegged for greatness from the get-go — from her impressive singles to her placement on Laneway’s 2017 line-up, a debut album is not only highly anticipated, but it’s also the next essential step for Sam Rui to take full advantage of her undeniable talent.

The singer intends to perform with a full live band at Laneway, so it’s anyone’s guess if she’ll apply some instrumental muscle to her next release that could set it apart from her ethereal appetizers. 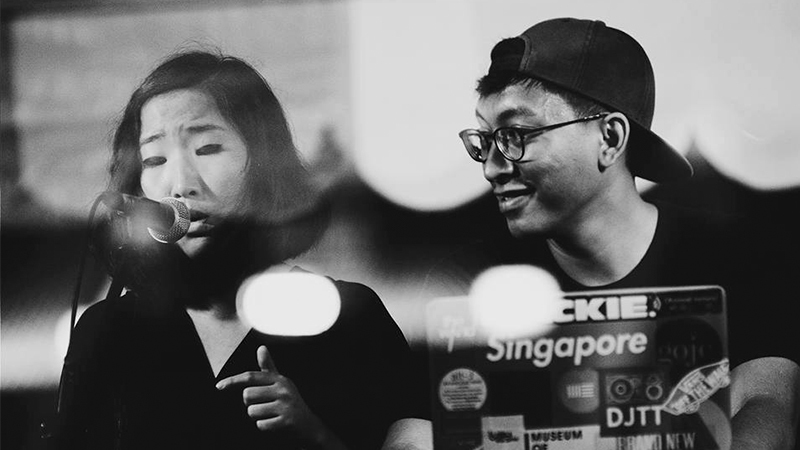 More than a year removed from their critically-acclaimed debut LP soma (they’ve been ultra busy gigging and working with Syndicate on their Uniqlo compilations), it seems like indie-electronic duo .gif might be following up their success with a brand new EP in 2017!

From what we’ve heard, they’ve already sketched out a handful of songs during a recent trip, and they plan on refining those drafts into a record in the coming months. It should be intriguing to see where their post-soma sound takes them, but we’re confident that whatever it is, it’ll undoubtedly be compelling. 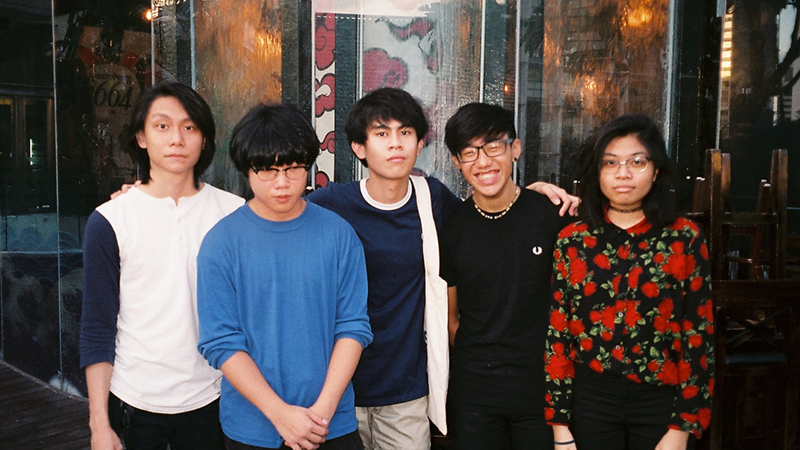 These shoegaze musicians made full use of 2016 to raise their profile, performing at an impressive number of gigs and putting out a wistful acoustic EP.

Still, we need a proper full-length, and word is that it’s already being prepped for release within the next few months by their parent label Middle Class Cigars. As their material on Bandcamp is a faint indicator of their prowess as a live band, we hope Subsonic Eye’s debut album will be the true launching pad for this talented outfit. 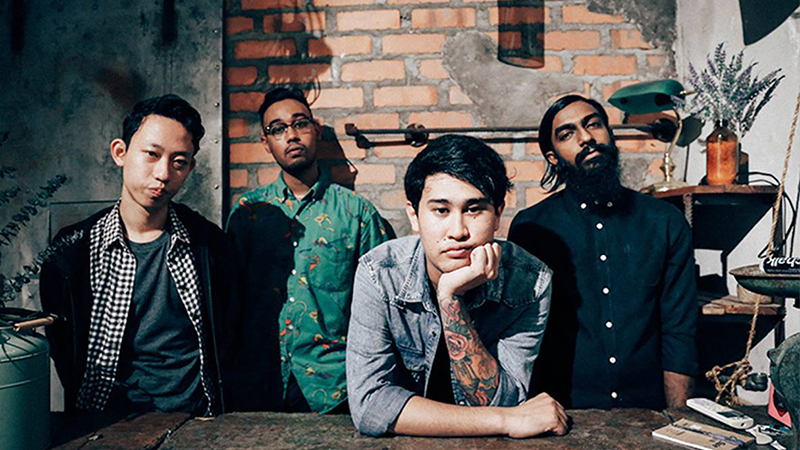 2016 marked the live return of 7nightsatsea, and the band intends to put out new material to continue their momentum. Like we mentioned last year, the band has been progressively shaking off their ambient roots and have been veering towards a heavier sound. Their live shows last year were a strong testament to this, so count us excited. 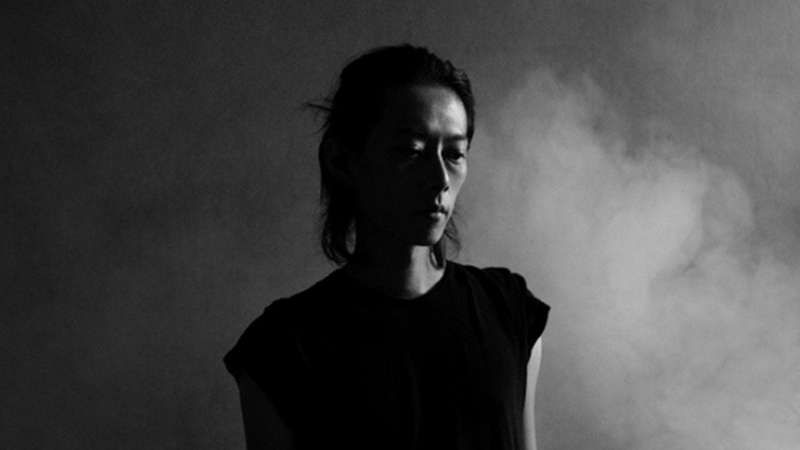 Whether he’s making techno or prog-metal - Singaporean musician, DJ and producer Xhin is always a name that we look out for.

He’s already begun 2017 in excellent form with a surprising four-track EP entitled 001 under his new alias NIHX, but we’re pretty sure that he has plenty lined up under both monikers in the coming months. We know that he has something brewing with Singapore-Berlin label Midnight Shift coming soon, but this year should also find him releasing more material, either independently or with other labels all around the world. 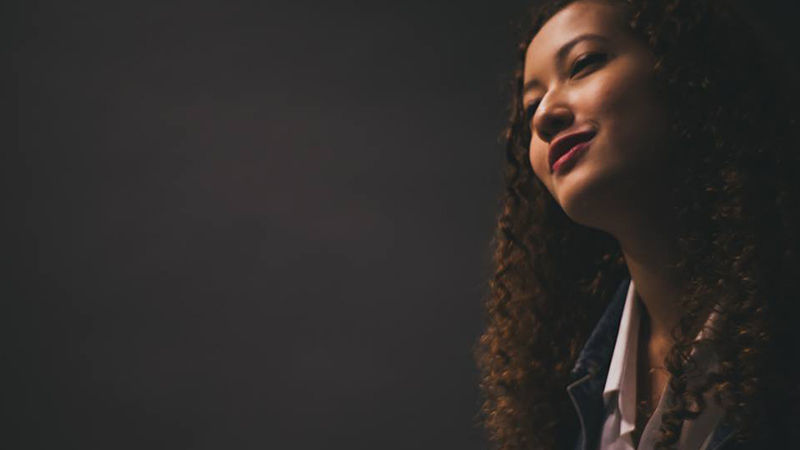 Mariam Bamadhaj aka Mars may be new to the scene, but we guarantee you that she’s set to be one of 2017’s brightest revelations.

Some of you may already know her from her goosebump-inducing online covers, but she’s actually been hard at work on her own original compositions in recent months (as you can tell from her SoundCloud). If you’ve ever seen her perform solo or with her band The Honeystars, you’ll know why this girl is being touted as “Singapore’s Lianne Le Havas”. You can look out for her soulful debut material to drop in the first half of 2017. 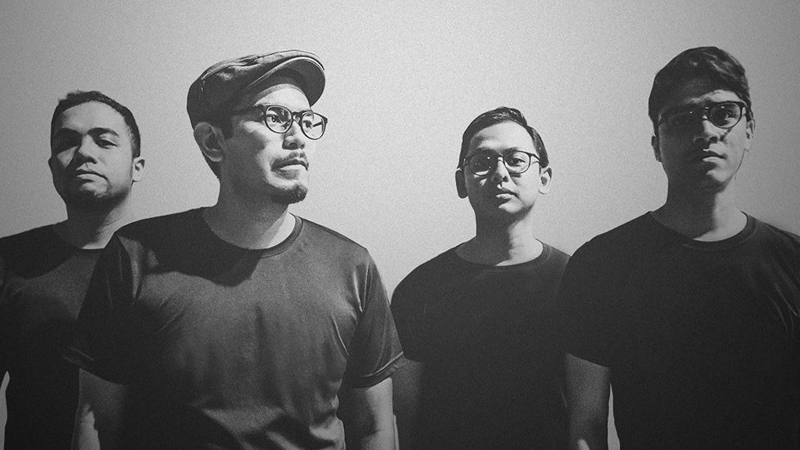 After a brief break-up, it appears that post-rock band Arajua are back in full force. Instead of an entire album, the four-piece intends to put out new music as a two-part EP, titled The World As It Appears On A Journey You Are Certain With. Expect more ambient-focused instrumental rock from the band.