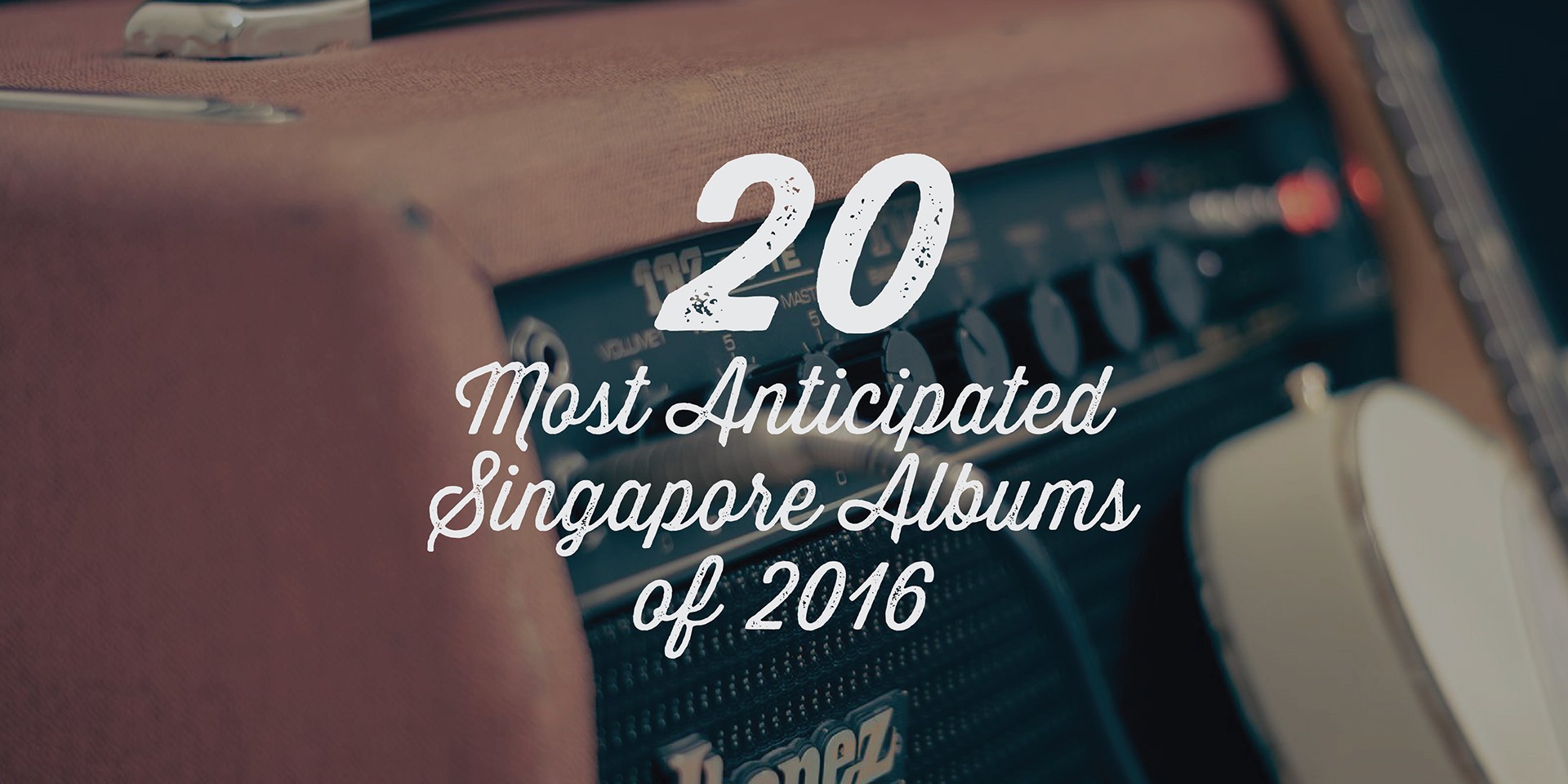 We had a helluva time keeping up with all the local releases in 2015 — not that we’re complaining.

Last year was a fruitful time for Singaporean music, but as healthy as the scene has been, there was a part of us that feared the output was mostly down to SG50. Consider those fears allayed, ladies and gents. From what we hear, 2016 is set to be even busier for Singapore music, with a whole slew of hotly anticipated EPs and LPs planned from several beloved bands and producers.

We did 10 last year, but we're doubling down this time. Here are 20 releases forthcoming in 2016 that have us peeing our pants in excitement... 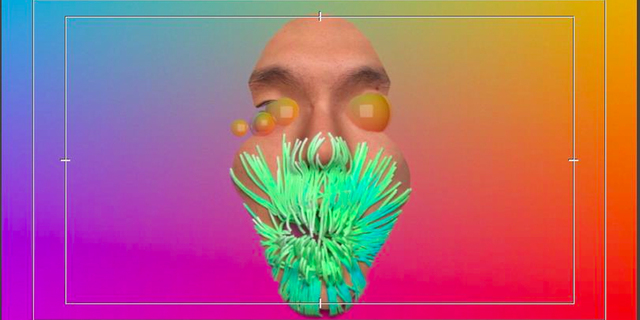 Yllis may be silly spelt backwards, but trust us, his work is as serious as they come. From what we’ve heard, this electronic project from MONSTER CAT frontman Wang Wei Yang looks to be one of freshest, most sonically-challenging local releases in 2016. Sounding like a cross between LuckyMe’s and Fade To Mind’s output, Yllis’ debut EP is something you need to keep an eye on. 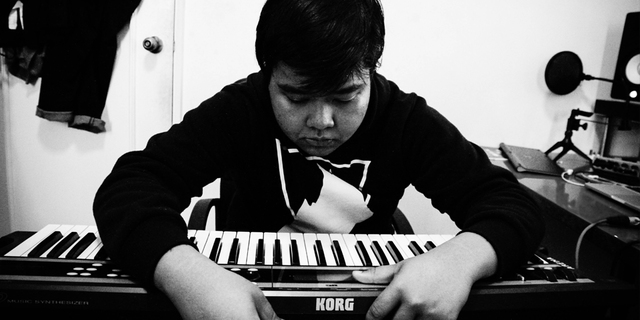 Outside of a couple surprise tracks on Soundcloud and compilation releases for his label Order Records, Batam beatmaker Gema hasn’t been all that active on the production front in the last couple of years. All of that looks to change in 2016 though when he finally unveils his long-gestating new EP. We hear rumblings that it’ll feature a couple of collaborations with of Singapore’s hottest young rappers, so we expect big things. 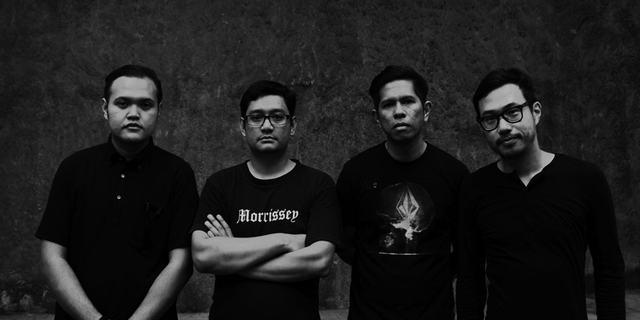 One of Singapore's premier alternative rock bands have been mostly silent — well, since the re-release of their celebrated EP The Gift — and they haven't been around much for live shows either. So it's at least comforting to know that the band's still at it for their next album, with studio recording mostly finished. A release date has yet to be confirmed, but in this current climate where pop-punk has been mostly absent, their return has the chance to spark something new. 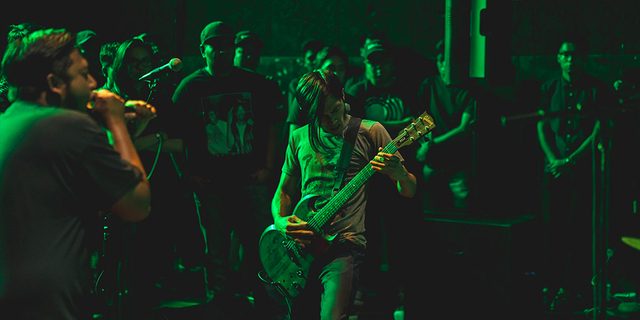 We haven't heard much from these guys since 2011, aside from the occasional gig. We last saw them at My Disco's showcase at The Substation, and naturally as they've been working on new material, they debuted a handful of unreleased songs. Wormrot's worldwide appeal has always lied in their back-to-basics approach — they favour groove-centric punk riffage powered by extreme volume and gleefully grotesque imagery, and while we hope they continue that tradition with their upcoming third album, it appears they're veering toward territory that could be even more thrilling than their last two efforts.

According to guitarist Rasyid, here's what we can expect: "It's a sharper album, songwriting and production-wise. This has a lot more deafening, knee-jerking start/stop moments than Dirge." 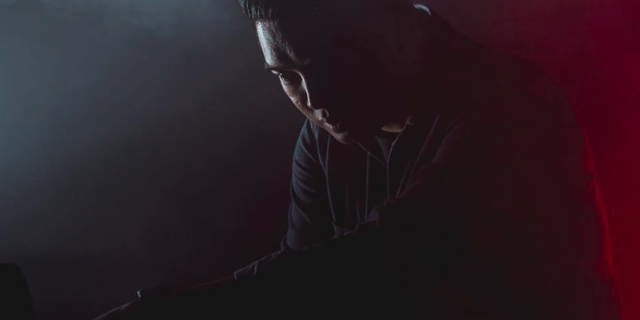 He’s set to play Laneway 2016 very soon, and that momentum will be key to promoting his highly-anticipated new release. Besides being one of our favourite DJs and live performers out there, it's Louis Quek’s production beats that really get our mouths watering, and we’re hoping for this to get the widest audience possible. Also look out for the album’s incredible artwork by artist Aeropalmics that’s just as gorgeous and intricate as the sounds it represents. 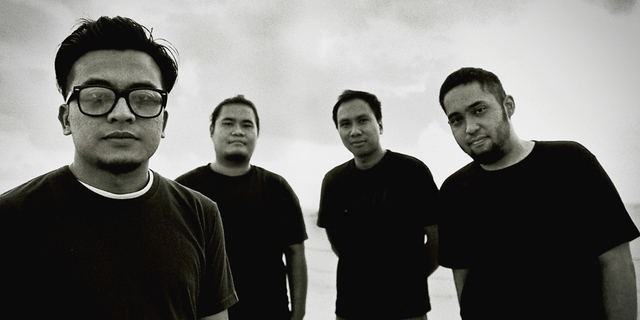 Like Wormrot, I Am David Sparkle premiered new songs at the recent My Disco show and we can't wait until the entire album surfaces. Titled Art is Blood, we were originally hoping the album would be out in 2015, but it appears it's been pushed back for an early 2016 release, possibly by Record Store Day. All we know now is that this is going to be one heavy release. 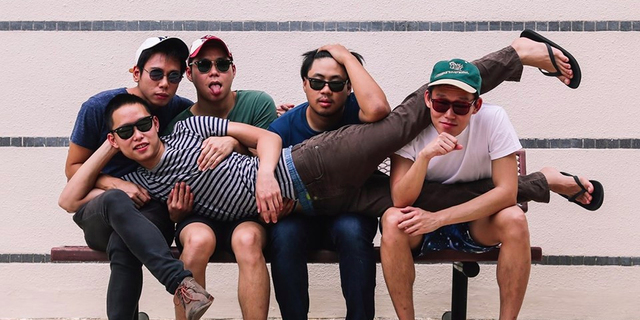 Another buzzed about Singaporean act that’s set to grace Laneway’s stages soon, Cashew Chemists are currently riding high off the success of their super catchy sophomore release entitled Previously On… But as great as that EP was, the boys are already prepping for a full-length debut album in 2016 that will see the band go in a bolder and bluesier direction. And judging from the new songs they’ve played live, we’re incredibly excited to watch their evolution unfold. 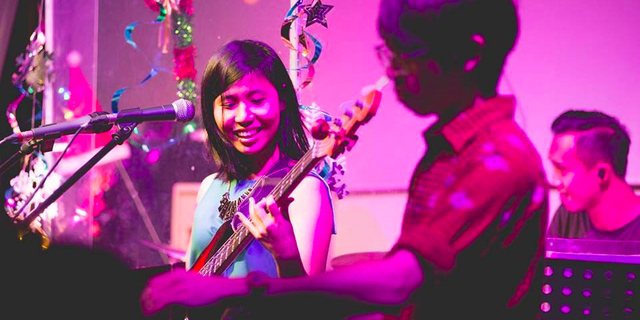 There haven't been many newer female singer-songwriters as self-assured as bittymacbeth, and her singles so far, including the upcoming 'Californian Dream', are a testament to that. Opting for more soulful and precise musical routes, backed by a technically-proficient ensemble, her upcoming debut album, tentatively scheduled for April, could be a good indication of her true artistic ambitions. 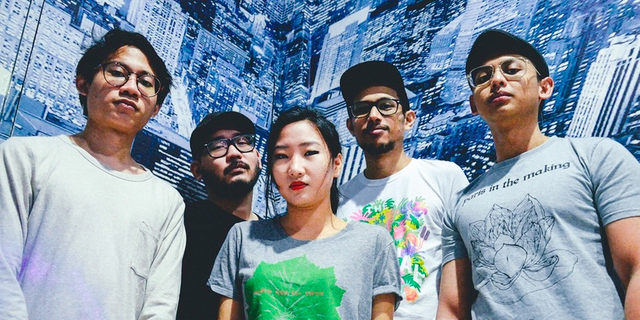 As ambitious and adored as their debut EP Outsider was (they even produced a short film based on its tracks), that project wasn’t actually the truest representation of the sub:shaman sound. There’s a whole host of other songs in their catalogue that we’ve been dying to hear recorded, and this forthcoming album promises to be more aligned with the dizzying arrangements and energy of their live shows. With weish freed up from her .gif duties after soma’s release, a sub:shaman LP looks set to get into production in the coming months. 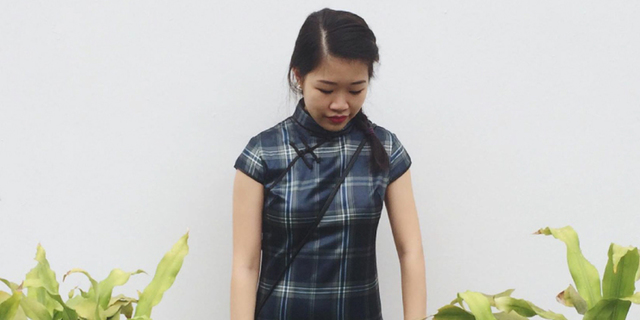 There's been a lot of talk surround Linying recently, with her song breaking into Spotify's Top 50 US Viral charts and her collaboration with producer MYRNE getting some attention as well. Hype aside, her single 'Sticky Leaves' shows some promise, but it'll remain to be seen if she can expand her adeptness with singles into writing a consistent EP. But if her upcoming EP's anything like her work so far, there shouldn't be any room for worries. 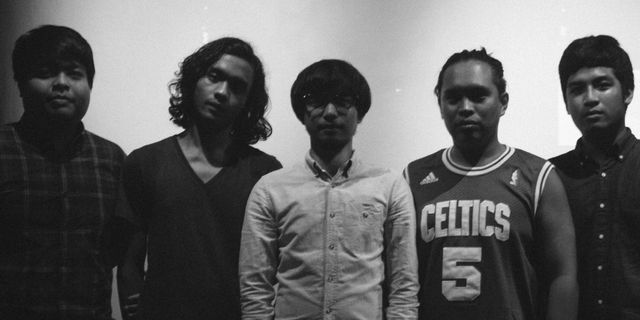 Another band that has returned after their spot on the 2015 list resulted in nothing, we're still waiting for ANECHOIS' grand debut album. Last we heard, the band's still busy in the studio, currently tracking drums so we can still hope to see something happen, sometime this year. 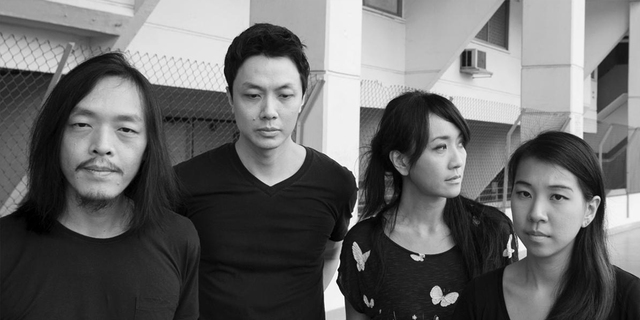 Entitled August Is The Cruellest, The Observatory’s newest opus could well be their best work yet. Returning to Oscilla territory, their forthcoming LP is savage and all-encompassing. Unlike the obsidian depths found in Catacombs, this one sees The Obs furiously raging against the oncoming black, and it makes for incredibly compelling listening. Leslie Low’s voice is as magnetic as ever, and Cheryl Ong’s drumming is straight beastly (the whole band is in top form to be honest), so we’re really eager to see this one released. 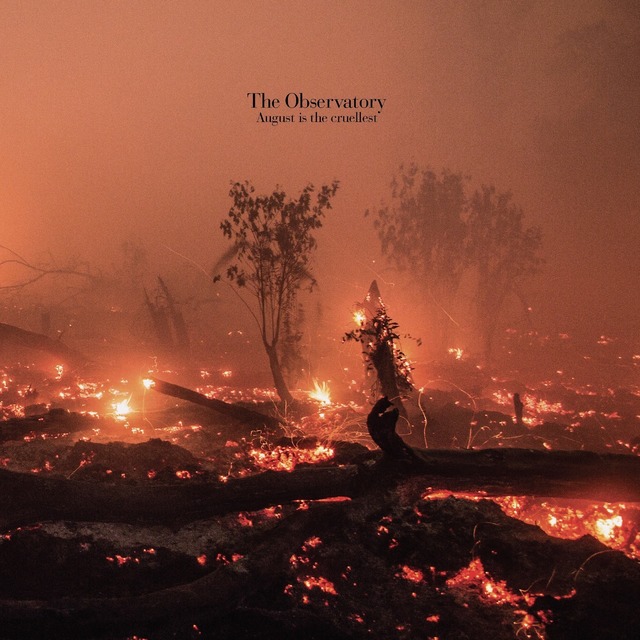 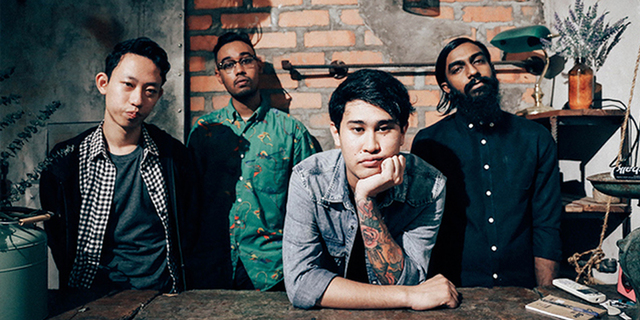 It's been awhile since we’ve heard from post-rock outfit 7nightsatsea, but it sure looks like their next release will well worth the wait. We hear that they’ll be presenting a less ambient take on their loud/quiet dynamics to present something a little more urgent and forceful this time around, which sound great to us! If you’d like a preview of their fresh stuff, you may want to keep an ear out during their forthcoming show at the Esplanade Outdoor Theatre on January 24. 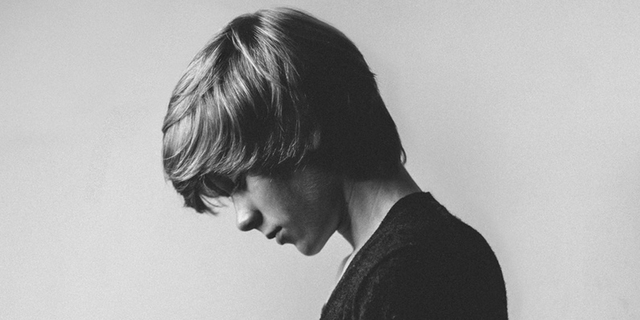 At this point, it might be a bit too much to wait for anything from These Brittle Bones, but with last year's thematically artful Hiraeth EP, we're also very curious to see if the singer-songwriter has what it takes to break out of his shell instrumentally. He has a brand new EP scheduled at the end of the first quarter of 2016, so we're looking forward to something significantly different this time. 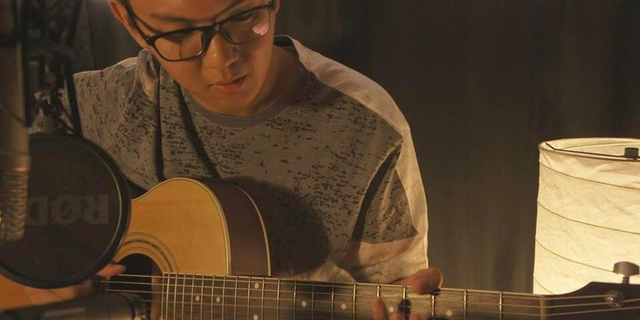 The fresh-faced guitarist is still new to the live music scene in Singapore, although he did make his festival debut at Neon Lights Festival. With only a handful of demos available, it's about time a proper set of recordings should be available, and according to him, everything's set to tape and he's currently aiming at an early-March release. Look forward to some artful and tranquil instrumental music. 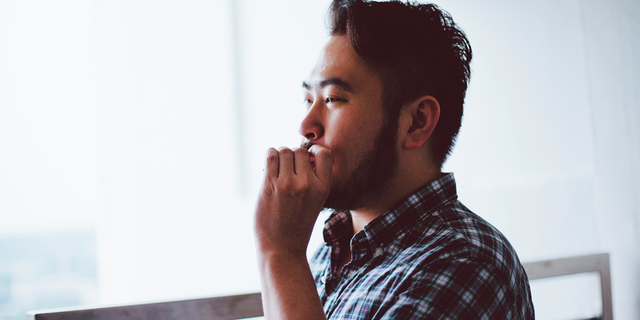 Our favourite bearded troubadour Nicholas Chim is hard at work preparing his forthcoming EP as we speak. Entitled The Greatest Enemy, this will be Chim’s first big document after a quiet three years, and according to the man himself, he’s eager to reconnect with his audience. And we must say, we’re pretty eager to reconnect with his music as well. 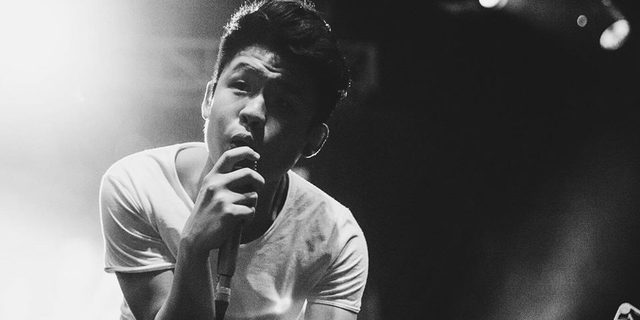 After being held back in Indonesia for a lengthy period, which resulted in the cancelation of his headlining debut at Esplanade Concert Hall, we hope to see more come from the singer-songwriter Joel Tan, aka Gentle Bones. He's only touched the surface of what he can really do, and last we heard he's already started recording since his return last Christmas, so be on the lookout for a new EP — or even LP — sometime in the year. 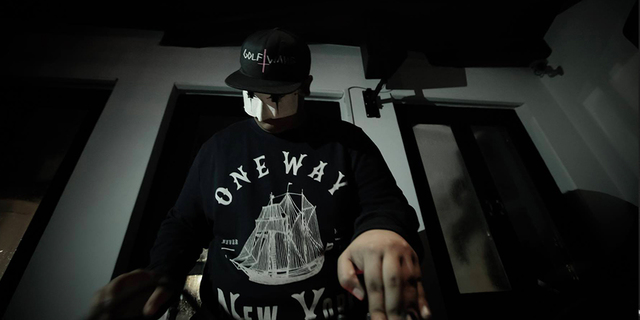 The masked beatsmith is so prolific that the question isn't whether he will have a release in 2016, the question is how many releases will he have in 2016? In fact, we’re slightly afraid that he’ll put out an EP (or two) in the time it takes us to publish this. But despite the sheer quantity of his output in recent months, he’s been remarkably consistent as well. Look for FAUXE to ride that hot streak into 2016, and you can bet that his boys from Mediocre Haircut Crew will feature heavily in his upcoming work. 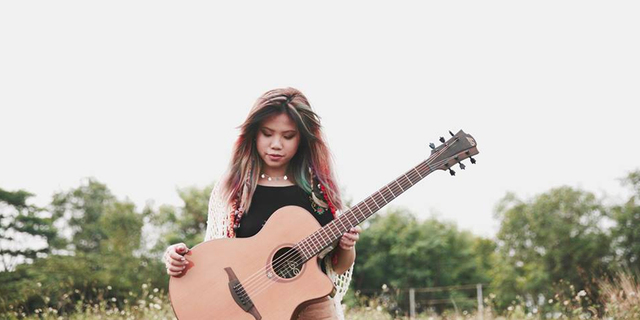 Part of Joie Tan's burgeoning appeal is her charming stage presence and wistful musicality, and while we've heard tracks through her YouTube channel — along with her single 'Stay' — we've yet to see Joie Tan the recording artist in full force. So 2016 will certainly present that chance, as she plans to release an album for release sometime ths year. 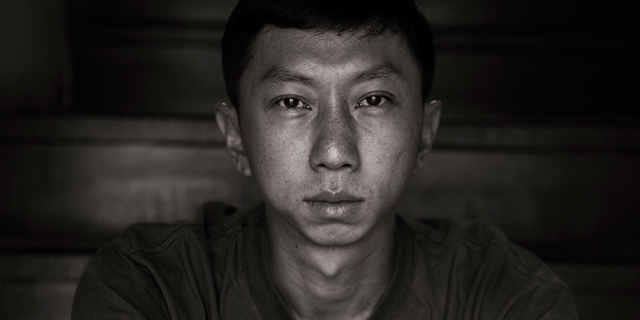 Syndicate’s head honcho and the godfather of our drum & bass scene looks to add onto an already storied body of work (who else from Singapore has released on Metalheadz?) with a brand new full-length LP! With guest stars in the form of labelmates Cherry Chan, Jason Tan and Intriguant alongside features from friends like Mean, Diphasic and Blue Daisy (!!!), this one is set to be all-star affair. We’ve heard previews and Ataraxia is bound to be a future classic.