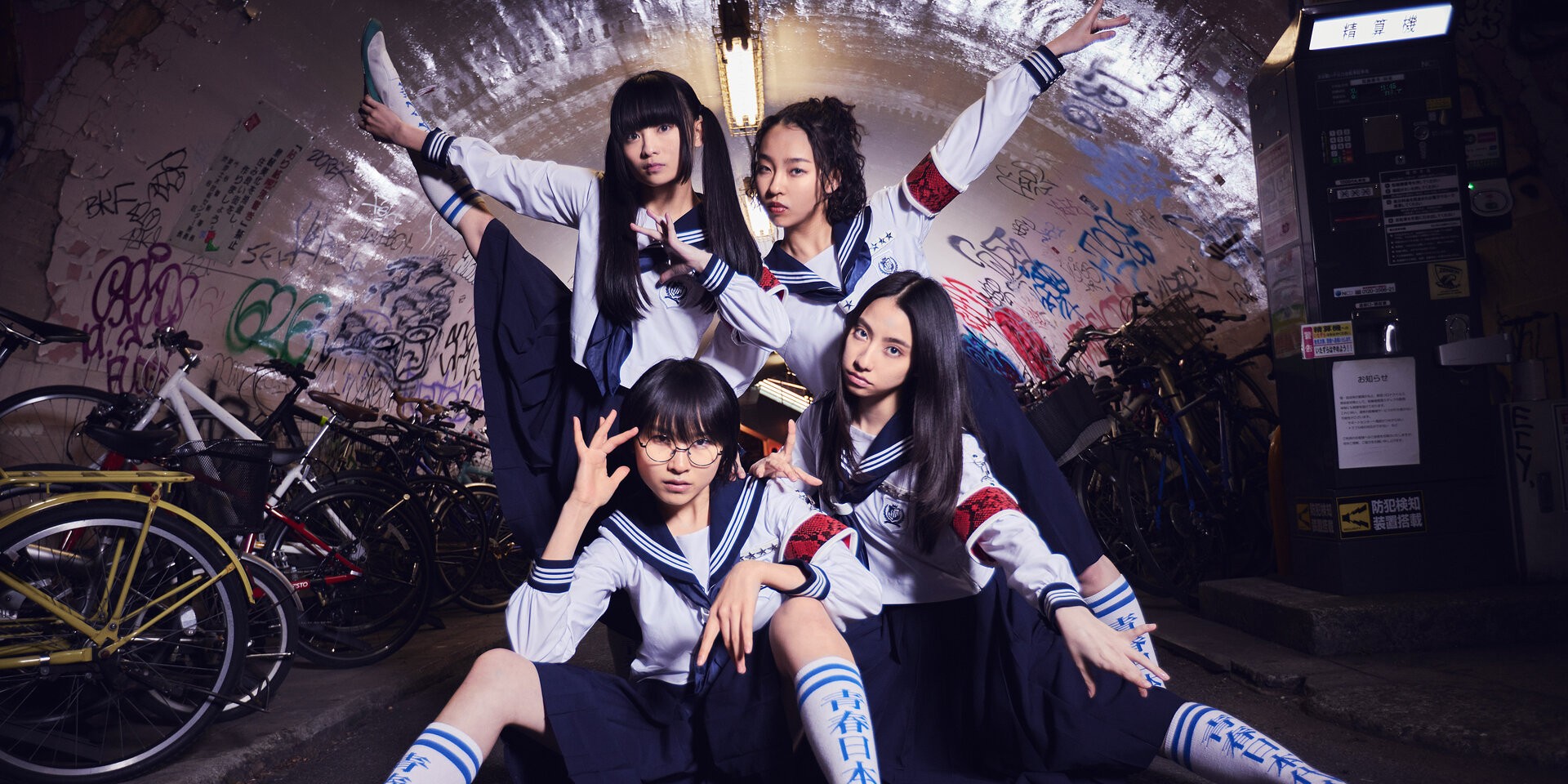 Impactful, eclectic, and charmingly chaotic, ATARASHII GAKKO! are a group that's difficult to categorise. Whether it's their catchy tunes, impressive choreography, or electric personalities, the J-pop group and 88rising's newest act are indescribably enticing.

Atarashii Gakkou no Leaders, or internationally known as ATARASHII GAKKO!, is a Japanese vocal and dance unit. Formed in 2015, the four-member group is composed of Mizyu, Rin, Suzuka, and Kanon.

Donning their iconic school uniforms, ATARASHII GAKKO!'s name aptly translates to 'New School Leaders’. With one brilliantly quirky track at a time, the group is out on a mission to show the world what it means to be young and enjoy life.

"[We are] carrying Japan on our shoulders as representatives of Japanese youth. Our biggest dream is that everyone in the world can enjoy what it means to be young through our live performances and content," the group tells Bandwagon.

Having found a love for music and dance at a young age, Mizyu, Rin, Suzuka, and Kanon ventured into the world of J-pop to share their talents and passion with the world. The group joined Victor Entertainment in 2017 and soon came out with their major debut single ‘dokubana (毒 花)’, a rock track that inspired the group to "express the real feelings of young people".

Moving between the genres of pop-rock, jazz, and hip-hop, each of ATARASHII GAKKO!’s songs come in kicking and swinging – no, literally. The group, having previously trained in several forms of gymnastics, are known for their self-choreographed, high-energy dances.

Full of jumps, impressive footwork, and sometimes rolling on the floor, the members know how to bring everyone on their feet, even if it's to poorly attempt their intricate choreography.

In their early days, ATARASHII GAKKO! worked closely with Japanese keyboardist H Zett M to put together their tracks and emulate the feeling of approachable mayhem that the group so wonderfully embodies.

"All of H Zett M’s songs challenged us in that each song required new ways of expression. The four of us overcame this challenge by having many discussions among ourselves and believing in our own potential," says the group.

Since their debut track, the group has released two albums – maenarawanai in 2018 and wakage ga itaru in 2019, the latter of which gained immense popularity in Japan for its captivating melodies and atypical messages about society and youth.

“wakage ga itatru centers on the theme of youthful indiscretions. It is an album that vividly expresses the life-sized feelings and conflicts that arise from being young,” explains ATARASHII GAKKO!.

In the last three years, ATARASHII GAKKO! has grown from a simple J-pop group to international artists with fans all over the world. The group has started the year off with a high, recently joining the roster of artists under 88rising.

“When we first heard the news, we could not grasp its meaning. We were so surprised that our comprehension struggled to catch up. We are grateful to have received much international praise,” says the group on getting signed under the Asian-American label.

“We were very excited to perform at DOUBLE HAPPINESS. As this performance was the first step for us in our world debut, we were filled with so much surprise,” says the group.

As their first release under 88rising, ATARASHII GAKKO! dropped their earworm track ‘NAINAINAI’, a song that tells the classic highschool tale of teenage drama while also exploring the idea of existentialism and finding their purpose.

“‘NAINAINAI’ is a piece of creative work that has gained attention overseas, and its combination of funky beats and catchy Japanese rap can be enjoyed even if one does not understand the words,” says ATARASHII GAKKO!.

The track follows their 2020 single ‘KOIBUMI’, an electronic rock track about writing love letters. “It is a song that expresses the excitement of writing a letter to someone you like. It uses efficient digital sounds for lyrics that are centered on the theme of handwritten letters,” says the group.

Since the release of their two most recent singles, the group has been making it onto everyone’s radars, all thanks to their music and infectious energy.

While their songs are undeniably catchy and their dances are beyond impressive, many have taken to the member's personalities. Much like the funny classmates sat at the corner of the classroom, the members of ATARASHII GAKKO! are relatable, charming, and comfortingly weird.

The group has so much in store for the year and their brand new chapter as 88rising artists. When asked what they want to achieve moving forward, ATARASHII GAKKO! simply said:

"We want to create a revolution."