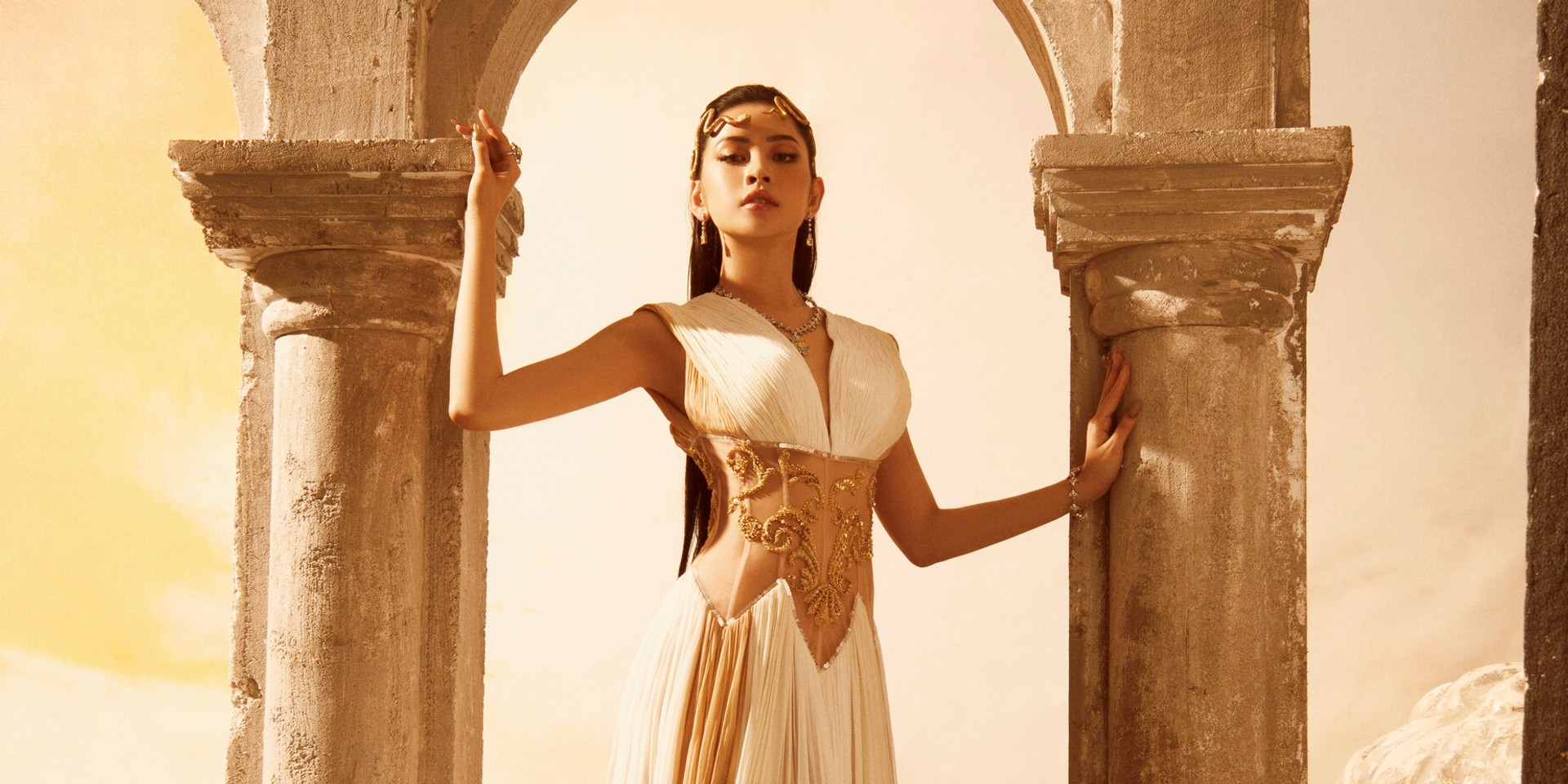 Gracing billboards and the silver screen, Chi Pu's road to stardom is one that exudes elegance and glamour, but it didn't come without its fair share of twists and turns.

The Vietnamese singer-actress first rose to fame after joining Miss Teen Vietnam in 2009 and from there, she embarked on her journey through the entertainment industry. In 2013, Chi landed some of her first roles on TV and film and has since gained prestigious awards and recognition.

With a number of accolades under her name, Chi Pu was ready to take on a bigger adventure - music.

From a young age, Chi Pu was always fond of music, taking piano lessons since the age of 4 and joining her school band. Looking up to international artists in the likes of Westlife, Backstreet Boys, Spice Girls, and Britney Spears, and K-pop's 2NE1, Kara, and T-Ara, the 27-year-old has always dreamt of becoming a singer.

"I truly love music and the feeling of being on the stage so I wanted to improve my singing skills as much as I could so that my dream of becoming a singer could be truly fulfilled," Chi Pu tells Bandwagon.

A long time in the making, she made her official musical debut in 2017. Partnering with Korean musicians Krazy Park and Eddy S. Park, as well as singer-songwriter Trang Pháp, Chi Pu launched her music career with 'Từ Hôm Nay (Feel Like Ooh)', a K-pop inspired electropop track that talks about getting over a breakup.

After her first step into the music world, instead of the usual excitement and support, Chi Pu was met with heavy criticism from fans and Vietnamese personalities, most questioning her decision to pursue a music career.

"There was a lot of controversies [about my debut] since I was an actress at that time before the transition. But, somehow I did not let myself down since it was my ultimate goal from the start and I sincerely took the criticism as the main catalyst of motivation for my journey," she said.

"'Từ Hôm Nay' was a big start for me, a stepping stone to show everyone I was ready to leave my comfort zone - a brand new Chi Pu for this challenge. That song really changed my mindset, thinking and concept as I finally moved to a new chapter in my career with more colour and fierceness compared to the previous Chi."

Fuelled by her self-imposed mission to get better and do better, the singer-performer rose up almost as quickly as she was put down. That same year, she released three more singles - 'Cho Ta Gần Hơn (I'm in love)', 'Em Sai Rồi Anh Xin Lỗi Em Đi (#ESRAXLED)', and 'Talk to me (Có Nên Dừng Lại)', all of which ended up amassing millions of views and high public praise.

Using music as an outlet of expression and creativity, Chi Pu's music is rarely just a song but rather a whole concept and experience that her listeners can dive into.

"I always try to add different colours and spices to my music with such a high priority of concept, storyline, content and specific inspiration so that it can hopefully light up everyone’s life," says the singer.

In 2019, Chi Pu released her first ballad track ‘Anh Ơi Ở Lại’, complete with a short film about a classic Vietnamese fairy tale. Deterring from her energetic and upbeat discography, the singer partnered with homegrown composer Đạt G for the track.

Pulling her audience's heartstrings while simultaneously showcasing her vocal range, the track is one of Chi Pu's most popular songs, garnering over 92 million views on YouTube.

Throughout the years, Chi Pu has donned many festival stages across Vietnam and around the globe. Despite the frequent backlash she would receive, it never compared to the love and support she felt on stage.

"I used to be so upset about the negative feedback, I even lost faith in myself and questioned my music. But once I got back on stage, the crowd would sing along with me on every single song and gave the best ever support they could, the love towards me was hard to describe in a few words and it is the main thing every singer aims to achieve in their career. That kind of moment I will forever cherish," says Chi Pu, recalling her favourite moments as a performer.

"I feel that I can truly be myself while performing and let everything go with the flow of music and live with my passion."

Slowly making her way up the ranks of Asian music, the 'Cho Ta Gần Hơn' act has her eye set on Coachella. "Coachella has been my biggest dream and hopefully I can make it one day, even just for one time only. I know it may sound a bit big but why not?" says Chi Pu.

"You have to dream and aim big in order to move forward."

Chi Pu just recently released her newest track 'Mơ Anh (Dream Of You)', a tropical pop song accompanied by a music video that fans can edit their own version of.

"We recorded the whole music with a plain green background, then we held a competition for the fans to show us how creative they can be by editing the music video for us. As an artist who always tries to find something new day by day, I also want my fans to be a part of the project this time," Chi Pu adds.

Taking one step at a time, Chi Pu's musical journey tells a tale of determination, hard work, and undying belief in your dreams. In her three years as an artist, the singer has gone through enough hurdles to last her a lifetime, but it has never stopped her from pushing for her dream.

Chi Pu admits that she has "been through a lot". "From day 1 of this journey, I was heavily criticised from the audience, as well as other senior singers. At that time, I seriously questioned myself; becoming a singer is my dream and passion, and [I have a] huge ambition for it so why is everyone against this?"

"Fast forward 3 years, I feel thankful for all the pressure and opinion back then as it has been my most significant motivation to push myself to become a better Chi Pu. Nowadays, even though the public backlash is not truly gone and still there sometimes, I still strongly believe that the support from everyone, especially from my fans, is what helps me to carry on with this path."