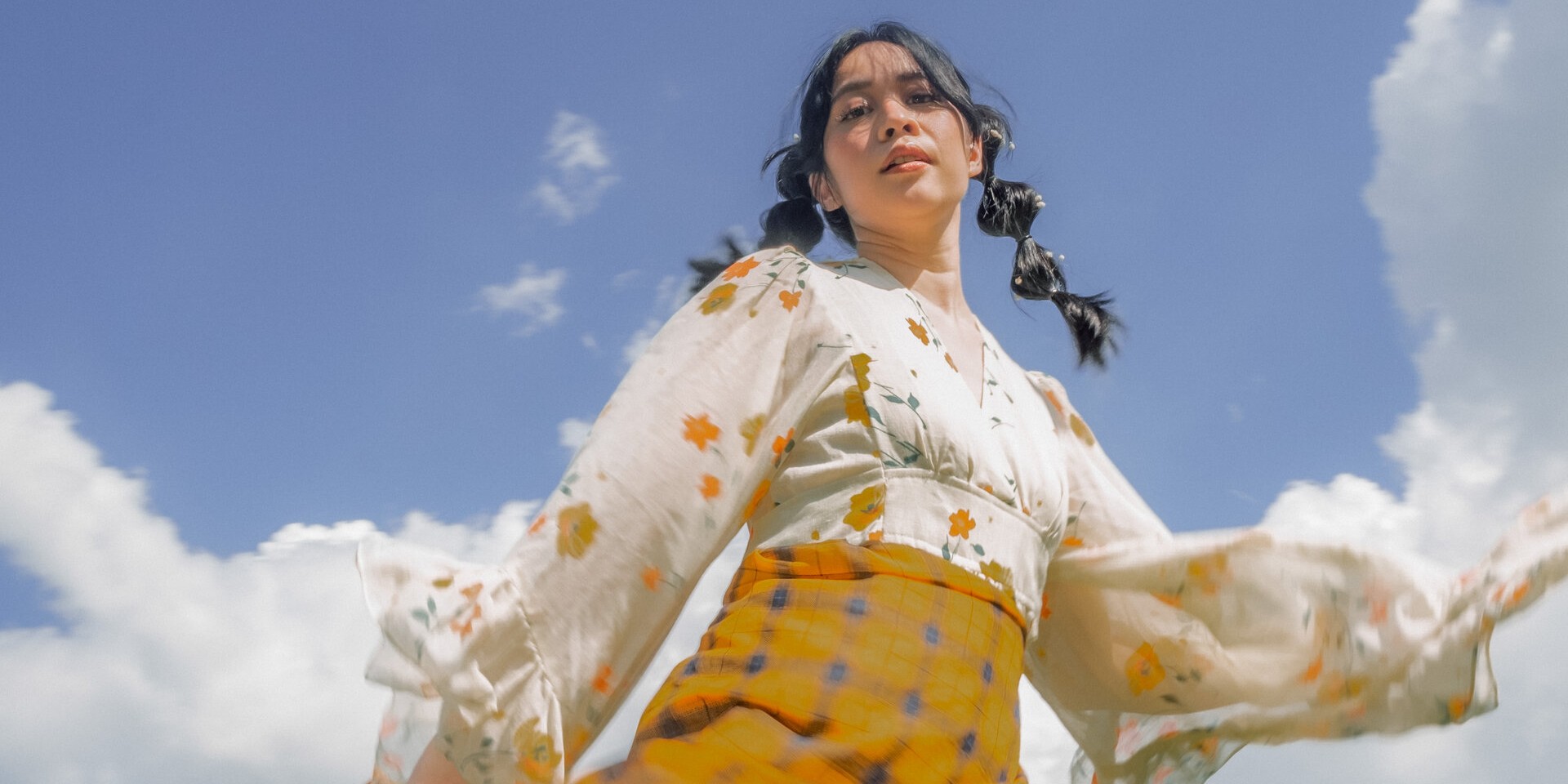 Creative in every sense of the word, Reese Lansangan is an artist who’s never afraid of thinking outside the box. Whether it's exploring through space or dealing with the pains of a breakup or being a stickler for good grammar, the Filipino multi-hyphenate has a way of completely immersing you in her music. 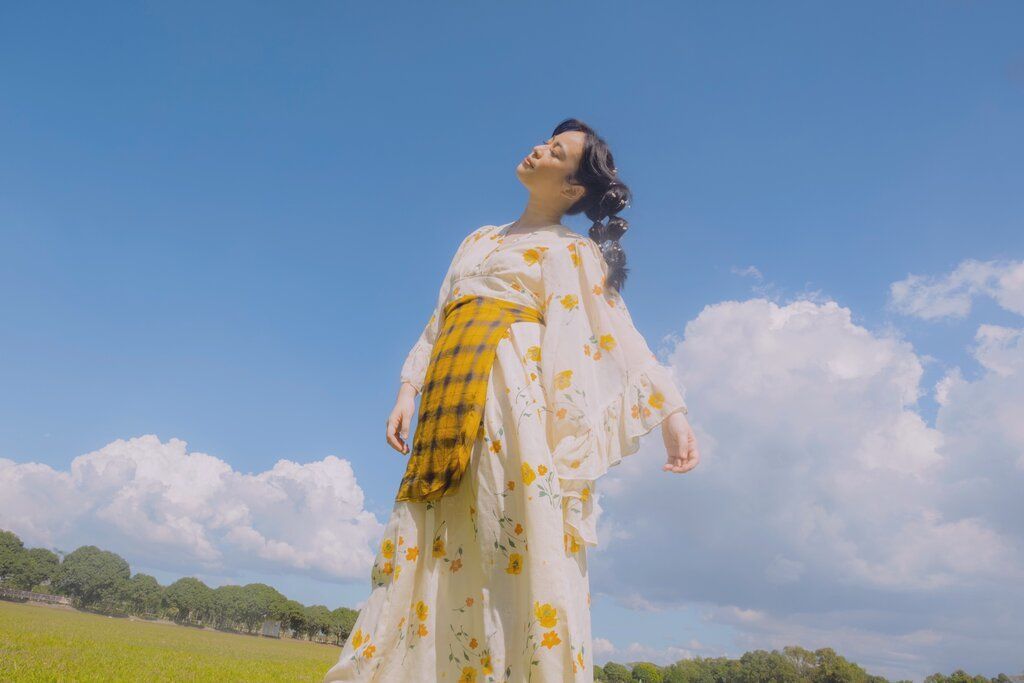 Reese’s musical journey began in the late 2000s, a time of brightly coloured outfits and computer flash games. Sharing her guitar covers on SoundCloud and writing her heart out on her blog, the singer-songwriter was a child of the Internet who grew up alongside her online community.

“To this day, it still surprises me to learn that a lot of my current supporters came from reading my old blog or listening to my Soundcloud. This [community] dates more than 12 years ago. So it’s not a stretch to say that some of them have literally grown up with me. They equally have seen me go through all my stages (awkward and all), therefore feel an attachment or investment towards me...I genuinely love talking to the fans because they give me so much stories, so many realizations. I’ve gained so many friends from them, and pre-pandemic we used to hold lots of hangouts,” Reese tells Bandwagon.

Reese’s love for music and all things creative started at a young age, having discovered an early love for writing and spent hours watching her dad play the guitar. Putting the two together, she started putting melodies and guitar chords to words, but it never amounted to anything until she got onto YouTube.

“In 2007, this video of a girl in her living room singing an original song made it to the Youtube homepage. I clicked on it and was amazed at the song I heard (it sounded good enough to be played on the radio) and how young the writer was. Before, I thought that songwriting was for ‘serious’ people who had actual jobs. It never occurred to me that someone like me could write a great song too. I never stopped trying to write since then,” says Reese.

From there, the ‘Grammar Nazi’ act took her audience to YouTube, furthering growing her community and sharing every step of her journey along the way. Whether it was songwriting challenges or daily vlogs, Reese never hesitated to share a piece of herself with the people that have always supported her.

“I consider my relationship with my fans a huge achievement. There are so many fans that have turned into my friends and collaborators over the years. I love that I genuinely get to know them and get involved in their lives somehow. I’m so proud of the friendships I have formed, even a couple of relationships (laughs), that I’ve helped build through my music,” shares the singer.

Taking inspiration from acts like The Dixie Chicks and Taylor Swift, the 30-year-old is known for her vivid storytelling, melodious vocals, and a distinct repertoire of tracks. Always writing from a place of sincerity and honesty, Reese’s music reflects experiences and feelings that are personal yet relatable.

"I just hope that I could make listeners of my music feel comforted or embraced. I also would love it if, through my music, they realized they could pursue their own passions and be the best versions of themselves. This is how I feel towards the artists I look up to. It’s a gift to be able to pay it forward."

After a series of singles and covers, Reese came out with her debut album in 2015. Entitled Arigato, Internet!, the 11-track record is a whimsical ride through the stories and adventures the singer has gathered through the years.

“My debut album was released in 2015 and it was conceived through a series of accidents and fearless leaps. I navigated my way through recording songs and launching an event with no real plan, template, or financial backing. I pulled through with the help of so many of my friends & volunteers. Arigato, Internet! is really where everything started for me,” says Reese.

Since then, Reese has gone on to release a number of singles and EP, including her most popular song yet, 'Home'. Emotional and heartfelt, the singer wrote the track in 2016 for a wedding about finally finding the one.

“Sometimes I listen to it and wonder how I ever got to write that. It’s really emotional and dramatic. It’s earnest and real. The message can also apply to a lot of situations, not just romantic love. I think that love is the greatest thing a person could feel, so this song has spoken to many.” Reese on ‘Home’

The hitmaker has also managed to achieve a myriad of things. She’s performed on stages across the region including Wanderland and Music Matters, as well as opened for Paramore at their Tour Four concert in the Philippines.

Most recently, her track ‘A Song About Space’ off of her debut record was selected to be NASA’s official #LaunchAmerica campaign. “I was definitely perplexed at first. Did I just get an official DM from NASA’s Instagram account? Is this a prank? I just freaked out when I figured out what was happening,” reveals Reese.

“It has been a dream to be noticed by NASA, for sure. As a little girl, I’ve always dreamt of going to the moon. I’ve totally romanticized the Apollo program in my head. I just thought that reaching THAT bright spot of rock in the sky was the most incredible thing. It’s still so surreal that my song was somehow part of the fanfare surrounding a rocket launch to the International Space Station. Insane!”

We are launching humans from @NASAKennedy on May 27 with @SpaceX. How are you preparing to #LaunchAmerica? Share a video of your thoughts + feelings for a chance to be featured: https://t.co/MREowqzieP pic.twitter.com/SkMLs3Ngei

Following what has been nothing but a successful music career, Reese is ready to embark on a new chapter of her journey. In an announcement made earlier this month, the ‘Exploration No. 5’ act revealed that she will be dropping her long-awaited sophomore album.

“It’s really an album about growth and honoring your pace. It’s about recognizing that you need to take a pause in life sometimes. Sometimes you can’t help feeling like everybody is leaving you behind. But you are the most important thing. Your body, your mind, your spirit, your well-being. Take care of yourself, and everything else will follow. This was exactly what I went through during the creation of this album,” says Reese. 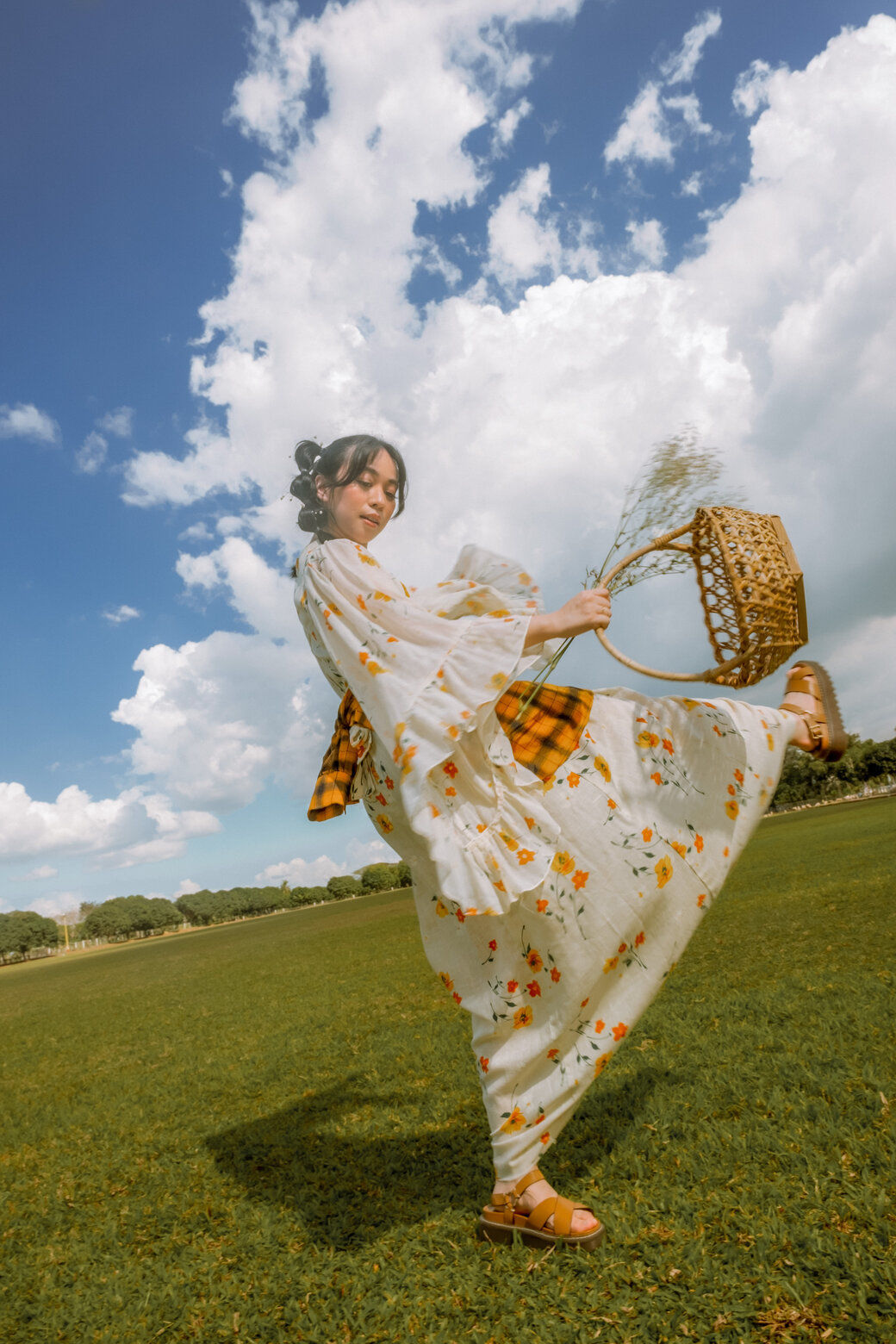 'What Is This Feeling?' is the first single off of the sophomore album, which talks about change and honouring its winding and often exhausting process. "It invites you to dance and be carefree, to surrender your problems to the wind. I wrote this joy in my heart, and I wanted people to feel that same happiness. Listening to it fills me with a lot of hope for the future," says Reese.