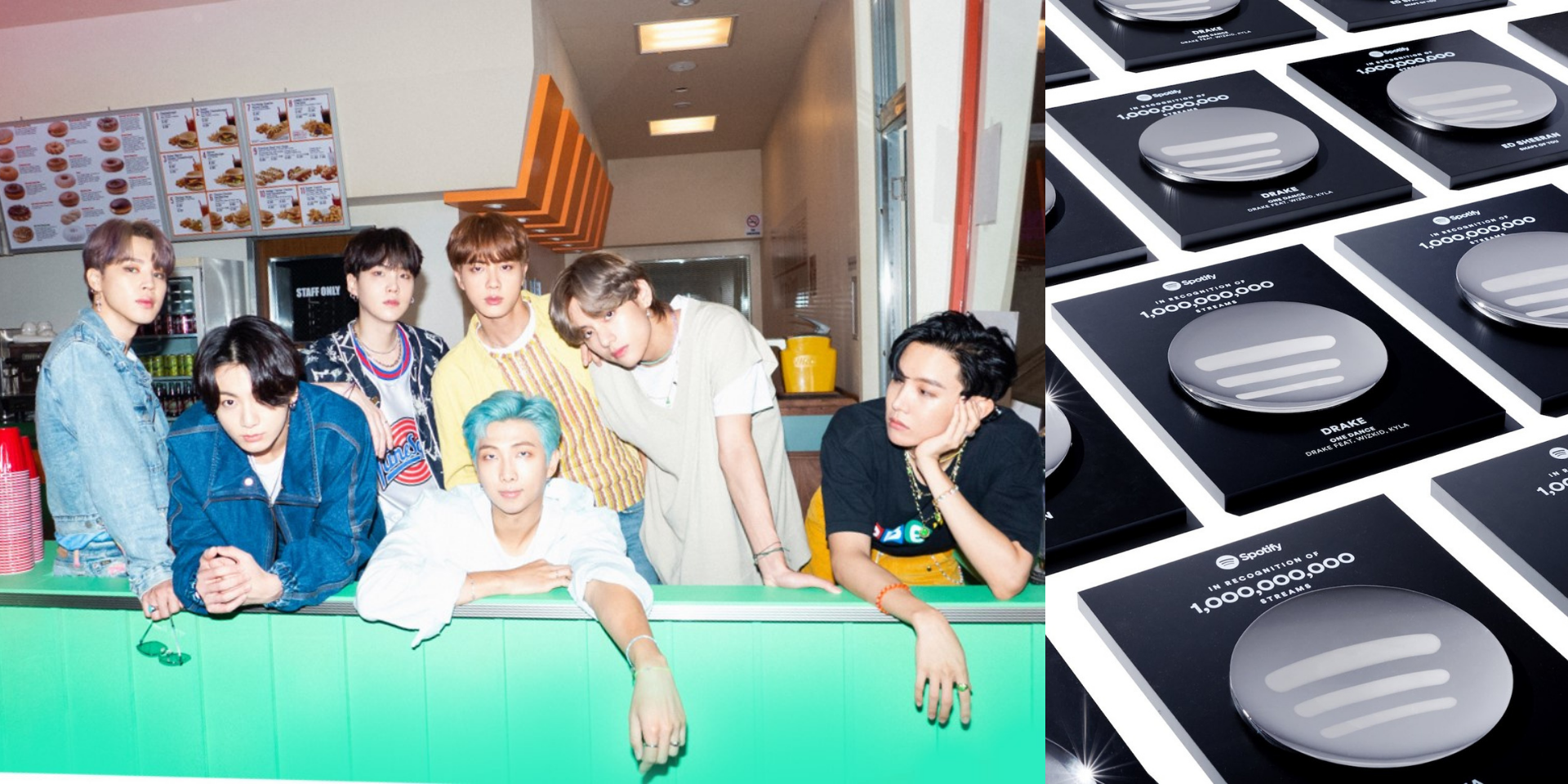 BTS' 'Dynamite' is back to break another record!

The disco-pop track which took the world by storm upon its release in August 2020 has reached the 1 billion mark on Spotify on 20 July, making BTS the first Korean act to achieve the feat.

.@BTS_twt's "Dynamite" has now surpassed 1 billion streams on Spotify. It’s the first song by a Korean act to hit this milestone.

'Dynamite' is the global superstars' first-ever English song and has broken and set numerous records over the past year. The dance anthem served as the group's first-ever Billboard Hot 100 number 1 debut and hit single, and got BTS their first GRAMMY nomination for Best Pop Duo/Group Performance.

'Dynamite' was streamed 7.7. million times on release day, giving it one of the biggest Spotify debuts ever. (BTS' 'Butter' currently holds the record with over 11 million filtered streams.) With 12.6 million streams in 24 hours, the track sits in third place behind 'Butter' and 'Permission To Dance' on the list of biggest Spotify counter debuts.

BTS' record-breaking hit has been added to the recently-established Spotify's Billions Club, a playlist of songs that have broken over 1 billion streams on the streaming platform. In an interview with Billboard, Ashley Graver, Global Head of Creative Artist Partnerships shares: "The Billions Club playlist is a natural evolution of the plaques you have seen from multiple artists, and we are excited to give fans a one-stop destination to enjoy some of the most-streamed songs in the world."

The playlist includes the likes of Bruno Mars' 'When I Was Your Man,' Dua Lipa's 'Don't Start Now,' Ed Sheeran's 'Shape of You,' Halsey's 'Without Me,' Harry Styles' 'Watermelon Sugar,' and Billie Eilish's 'bad guy'.

Check out the different versions of 'Dynamite' here: