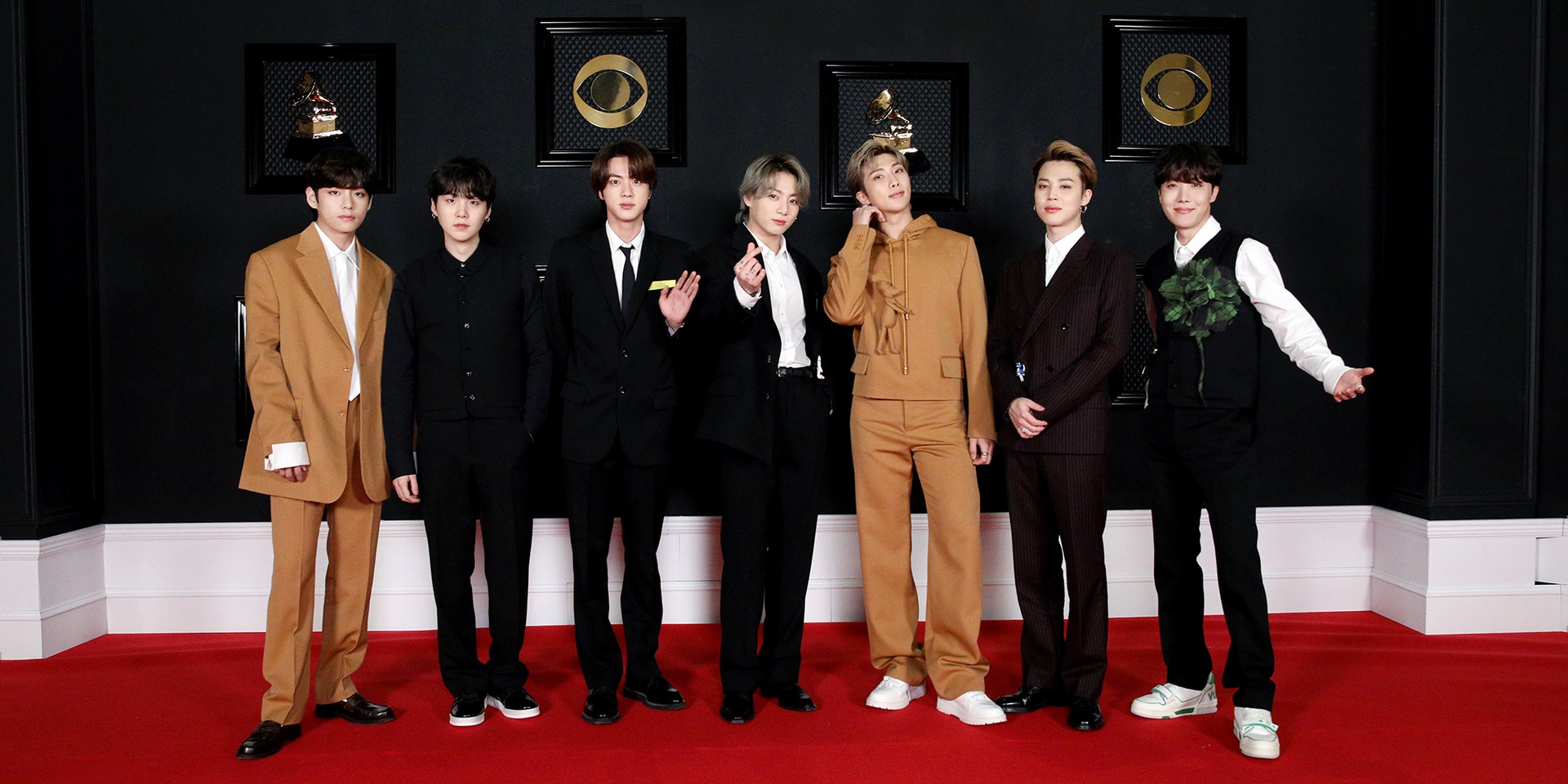 BTS ARMY took over Twitter on the day of the 63rd GRAMMY Awards with #LightItUpBTS.

An initiative to show support for the global superstars' first-ever GRAMMY nomination, as well as BTS' first time to perform their own song at the show, the hashtag garnered millions of tweets even before the main ceremony began. 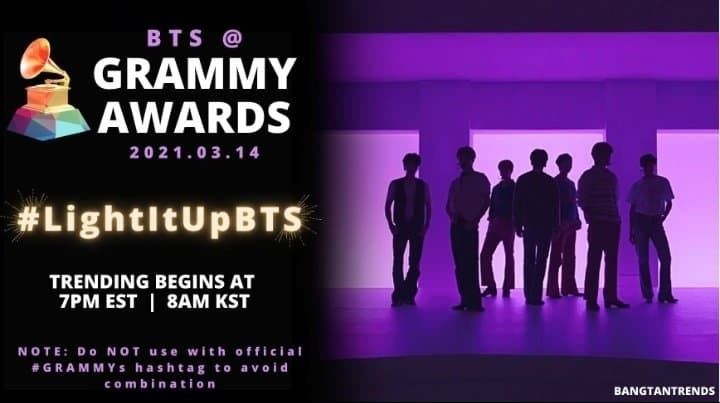 Here's a list of BTS' performances of 'Dynamite' – watch

BTS were nominated for Best Pop Duo/Group Performance for their smash hit, 'Dynamite,' with the award eventually going to 'Rain On Me,' by Lady Gaga and Ariana Grande. The IFPI Global Artist of the Year winners made history with the nomination by being the first Korean pop act to be nominated at the GRAMMYs and in the category.

Ahead of the show, BTS leader RM shared a message to ARMY via an interview with USA Today: "There are so many blessings we could've gotten for these eight years, but I guess for the whole journey the best luck we ever had is that we all have you guys all over the world. So please don't forget that, whether we get the Grammys or not, we already got what we wanted, and we got you, so that means we got everything."

The track, penned by David A. Stewart and Jessica Agombar, which also sits number 10 on IFPI's Global Digital Single Chart, is the group's first English song and has received numerous awards in Korea and abroad. It serves as BTS' first Billboard Hot 100 number 1 hit and has broken and set several records including being the most-viewed YouTube music video in 24 hours. As of press time, the official music video is on its way to 1 billion views.

Leading up to the awards, fans of BTS shared their love and support for the group's latest milestone with #TinyLoveLetterstoBTS. Thousands of ARMY sent notes showing gratitude for the band, their music, and being a constant source of comfort and inspiration.

whether it be through a lyric, a smile, a performance, or words sung in beautiful harmony, you make my days infinitely brighter and i will be forever grateful.

thank you for softening my edges and allowing me to feel loved & to love with all of my heart #TinyLoveLettersToBTS pic.twitter.com/SyL4UtynUE

On the day of the show, millions of fans around the world tweeted support for the group with #LightItUpBTS.

The members also took to Twitter and Weverse, Big Hit Entertainment's global fan community platform, to communicate with their fans. "ARMY is the best!" RM wrote in Korean. Jimin also shared his thanks and love to all of their fans, and assured them that he's happy.

(posting a screenshot of the automatic english translation that reads "amiga-chan!!!")
🐨: jjang pic.twitter.com/qZDySnT5XK

After their performance, BTS went on V Live to hang out with their fans as they wrapped up their 2021 GRAMMY journey. "No worries. We did it, we made it, we got you. You guys are our prize," RM assured their over 7 million viewers.

From Lyrical Improv with Tom Holland, Steven Yeun, Alan Kim, and more to saxophone and piano renditions, here's a list of covers of BTS' 'Dynamite' – watch