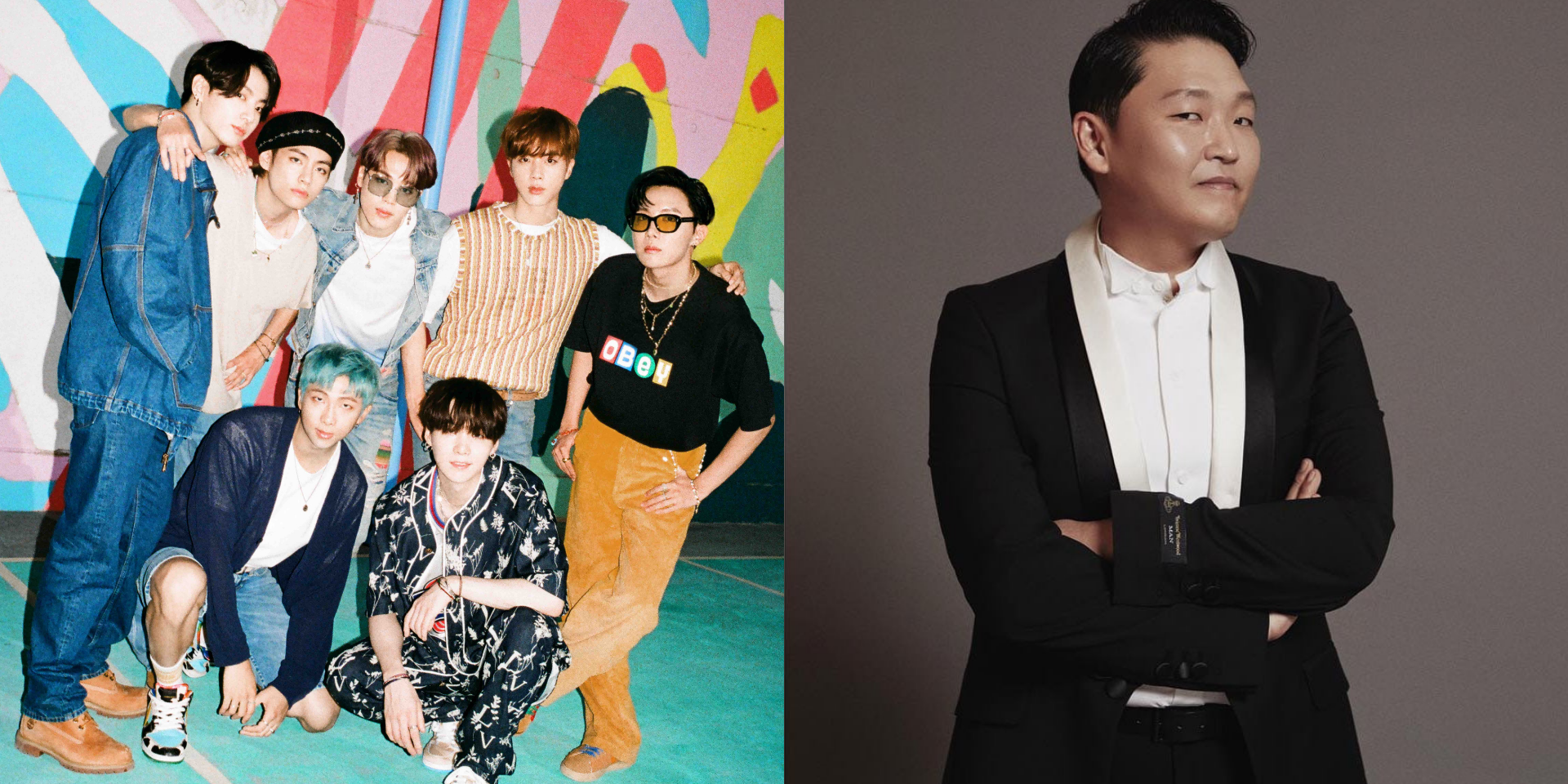 It's been almost a year since BTS dropped their summer anthem, 'Dynamite' and it's still breaking records.

At this point, breaking records comes second nature to the global pop group but this week, they just passed a significant milestone that was previously held by Korean hitmaker PSY. According to Chart Data, BTS' 'Dynamite' just by-passed PSY's 'Gangnam Style' for the longest-charting song in the entire of Billboard's Hot 100, spending a total of 32 consecutive weeks on the chart as of date.

'Dynamite' was an immediate success having accumulated 10 million views in just 20 minutes of its release. Since then, the track has become the fastest music video by a Korean act to accumulate 700 million views on YouTube (the music video is well on its way to 1 billion views), set the record for the most concurrent viewers for a YouTube premiere, earned the group the title of IFPI 2020 Global Artist of the Year, and brought it dozens of awards, as well as a GRAMMY nomination.

Prior to the release of 'Dynamite', PSY's 2012 hit 'Gangnam Style' was the only song by a Korean act to make it over 26 weeks on the Hot 100. It consequently became a viral track and was even credited for providing the initial push of K-pop into the West.

This time last year, BTS' 2017 hit 'DNA' also by-passed 'Gangnam Style' for being the most commented music video on Youtube.