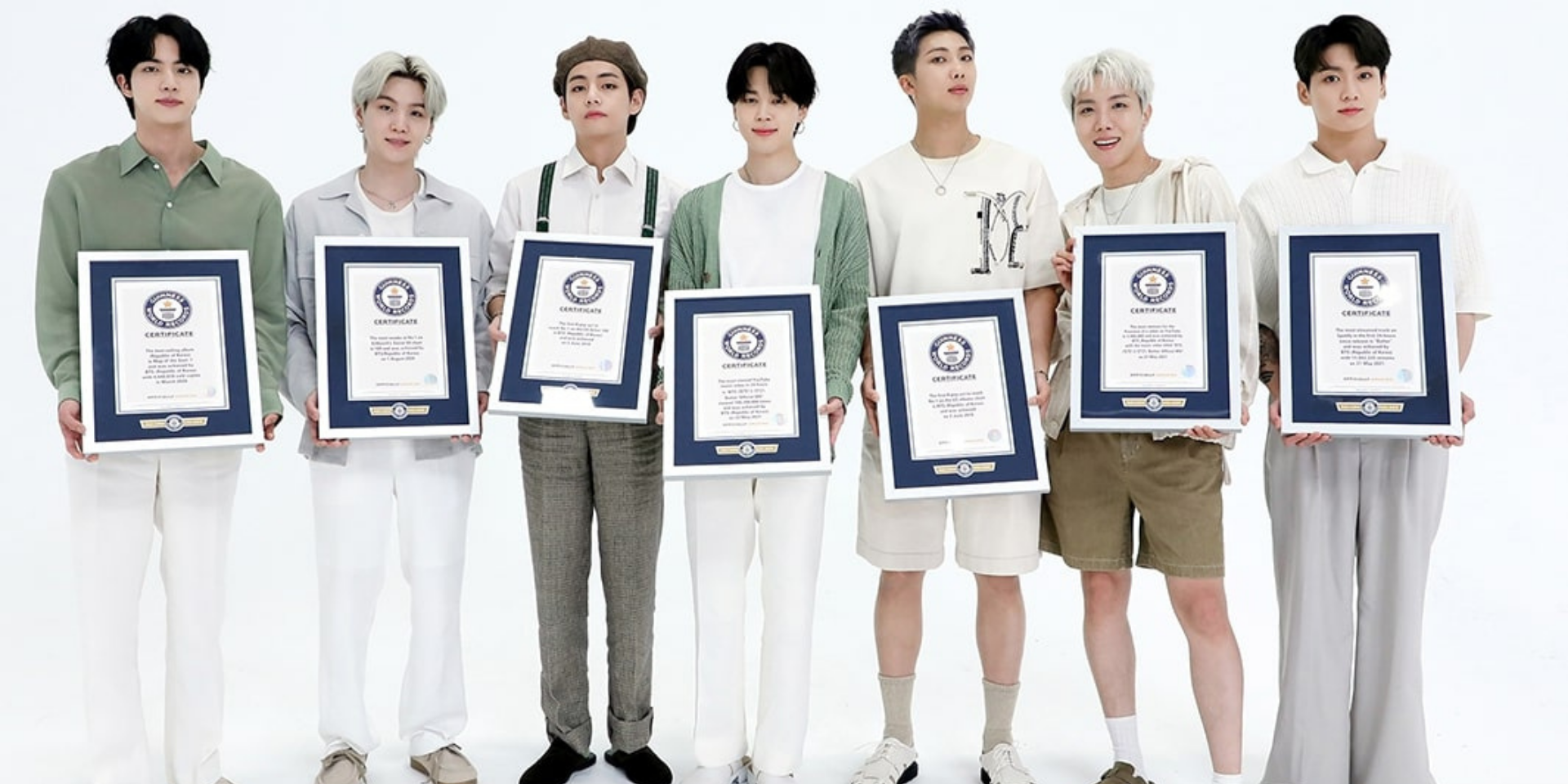 BTS have entered the Guinness World Records' 2022 Hall Of Fame with a total of 23 records.

On 2 September (Thursday), the organization shared that they were "delighted to welcome" the GRAMMY nominated K-pop group into their Hall Of Fame.

THE BOYS ARE IN THE BOOK 🙌

Congratulations to @bts_twt who have a spread in the upcoming #GWR2022 book!

After breaking countless records throughout 2021, they have also cemented their place in the Guinness World Records Hall of Fame 👇

Amongst the 23 records under their belt, some notable ones include being the most streamed music group on Spotify and having the most viewers for an online concert for MAP OF THE SOUL ON:E, a record that was previously also held by the 'Dynamite' act themselves.

Their English single 'Butter' also broke multiple records, including having the biggest Spotify debut and being the most viewed music video within 24 hours of its release.

"Despite their young age, Jin, Suga, J-Hope, RM, Jimin, V and Jungkook have left a mark in the present cultural landscape, breaking free from the limitations of their home market and of a language, South Korean, that remains widely unknown to the international public," shared the Guinness World Records in an article announcing the news.

"This constant strive for excellence and relatability—paired to an upbeat sound and jaw-dropping choreographies—is the secret ingredient of what is arguably the hit band of the moment."

Check out the list of records BTS have been awarded with below.

Most followers on Instagram for a music group: 40,220,226 followers

Most Twitter engagements (average retweets) for a music group: 422,228 engagements

Most weeks at No.1 on Billboard’s Digital Song Sales chart: 18 weeks

Most tickets sold for a livestreamed concert (current year): 756,000 tickets

Most viewers for a music concert live stream on a bespoke platform: 756,000 tickets

First K-pop act to reach No.1 on the US albums chart