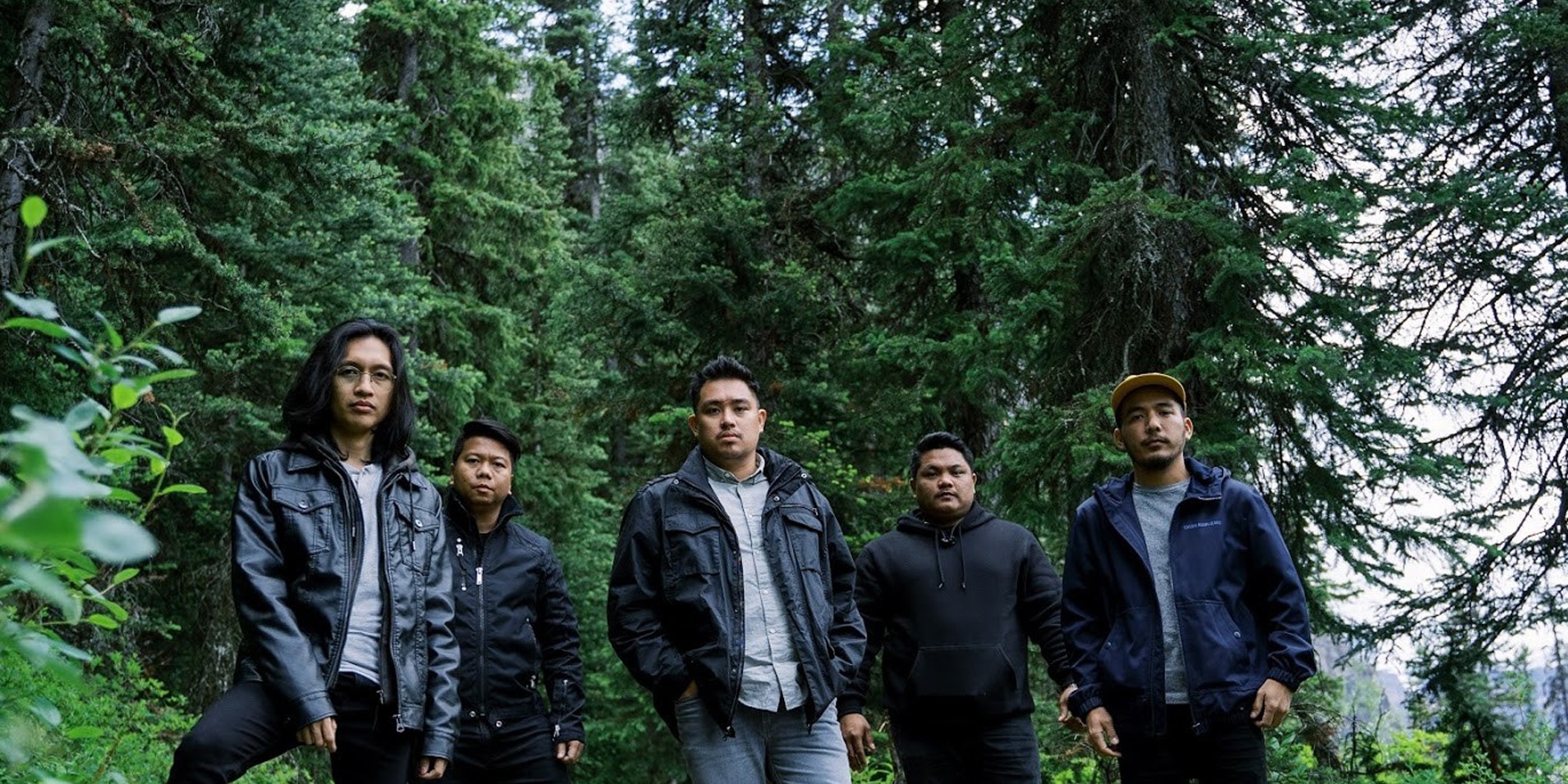 Due to the inclement weather brought about by Typhoon Tisoy, we regret to inform everyone that the #LangitMongBughaw Album Launch scheduled tomorrow at the Ayala Malls Manila Bay,will be postponed to a later date.The safety of everyone, especially our fans,is our utmost priority. pic.twitter.com/gCHQnuR20u

December Avenue won't let 2019 end without the perfect gift to share in time for the holidays.

On Wednesday (10/30), the Filipino alternative rock act announced that they will be releasing their second studio album on December 4, 2019 (Wednesday) with a launch at Ayala Malls Manila Bay in Parañaque.

The upcoming album will be December Avenue's first all-Tagalog offering. "I completed the Journey! It was a rollercoaster of emotions trying to write every song. 2 years in the making," vocalist Zel Bautista previously wrote in a tweet.

Further details for the launch will be announced soon.

Since the release of their debut album in 2017, the 'Bulong' act has toured the U.S. and Canada. They have also collaborated with the likes of Moira Dela Torre for the chart-topping hit 'Kung 'Di Rin Lang Ikaw,' which has hit 138 million plays on YouTube.

December Avenue are slated to share the stage with Silent Sanctuary in Dubai this January, followed by a post-Valentine's concert with Boyce Avenue and I Belong to the Zoo in February.

UPDATE (11/25): December Avenue have revealed the mechanics on how scoring tickets to their Langit Mong Bughaw Album Launch next week.

For tickets, fans must present an Ayala Malls Manila Bay receipt with a minimum of PHP 300. Meet and greet passes will be allotted to the first 300 persons with a minimum requirement of a PHP 300 mall purchase plus a purchase of December Avenue's Langit Mong Bughaw album to claim. 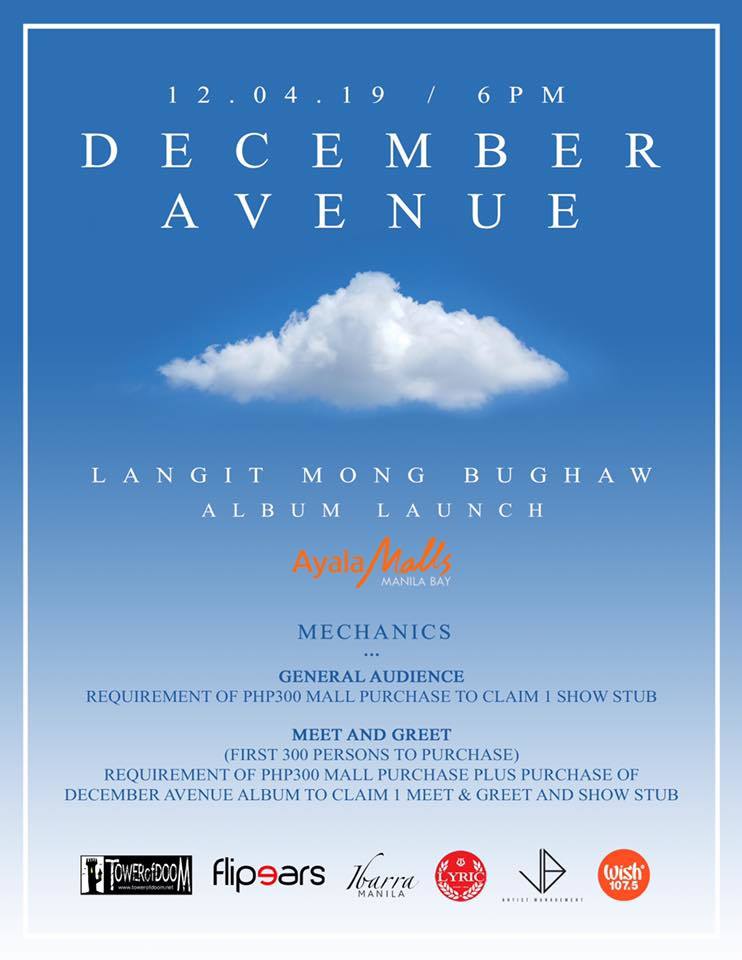