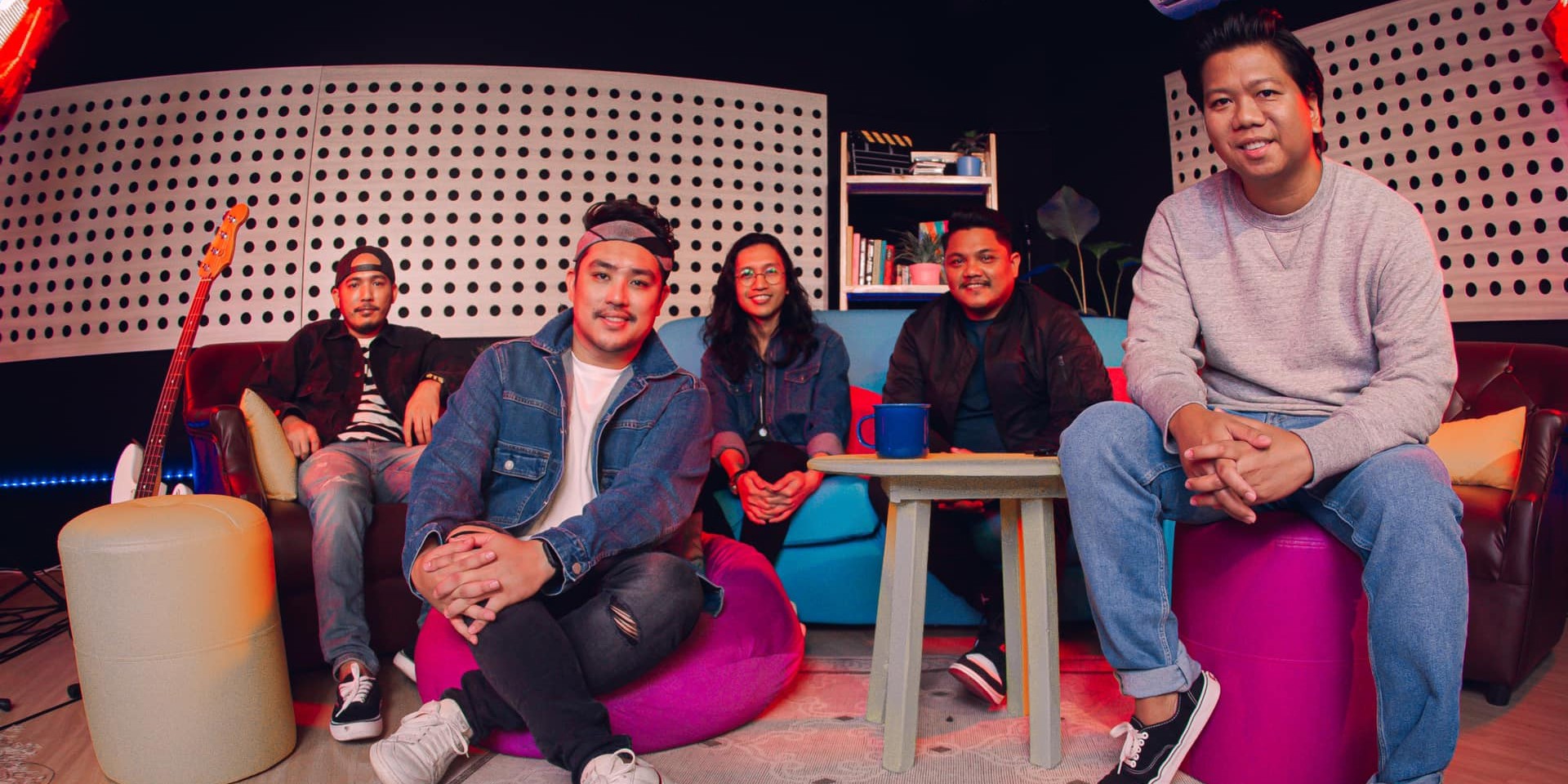 Love is fluttering in the air and December Avenue will hold you in it like a warm sweater.

The Filipino alternative rock act continue to switch things up with their songwriting routine as they unveiled their latest single, 'Unfamiliar' on Wednesday (02/10). The fresh track follows the release of their December offering 'Polaris'.

"I think [our songwriting] somehow matured along with the sound," singer-songwriter Zel Bautista, who wrote 'Unfamiliar' to celebrate the upcoming Valentine's season, shares with Bandwagon in a message. "[It's a] bit challenging really since we're trying to reach a different market, global audience."

According to lead guitarist Jem Manuel, the foundation of the band's new sound has strengthened with elements they hadn't really used in past releases. He credits each member's listening habits across different genres to how they landed toward their new sonic direction. He says, "We wanted to make it sound fresh, so some of the songs have a lot of electronic elements which are somewhat new to Dec Ave's repertoire."

Manuel also adds that the pandemic gave the 'Kung 'Di Rin Lang Ikaw' act more time to carefully work on their songs without overdoing it or leaving it half-baked.

Keyboardist Gelo Cruz, who also dabbles in electronic music through his solo project invisibleants, is given credit for most of the arrangement for 'Unfamiliar'.

"For 'Unfamiliar', Zel sent me a rough demo (vocals and acoustic)—I think first verse, chorus, and bridge pa lang siya nun," Cruz shares how he worked on the final arrangement for the new track. "From that rough demo I already had an idea on what instruments/textures to use and which parts to tweak. The song is about unfamiliar love, so I tried to produce a track that's new and unfamiliar for our band and our listeners.

"I produced it the same way I would with my solo project and went wild with it," Cruz adds. "From side-chained synthesizers to electronic drum sounds, its all in there. I tried to do something unfamiliar with the bridge too, we usually do build-ups or full-on heavy sounding bridges but I opted to pull back and just leave a synth to accompany the vocals."

Cruz was also given complete freedom to give 'Unfamiliar' whatever vibe he felt was right for the track. "I had a lot of fun doing the track so I think it took me around 4 to 5 hours straight."

Bautista also teases that the band plans to release new songs quarterly as they share their music with the rest of Southeast Asia and the rest of the world.

Check out 'Unfamiliar' below.

Stream 'Unfamiliar' on Spotify below.