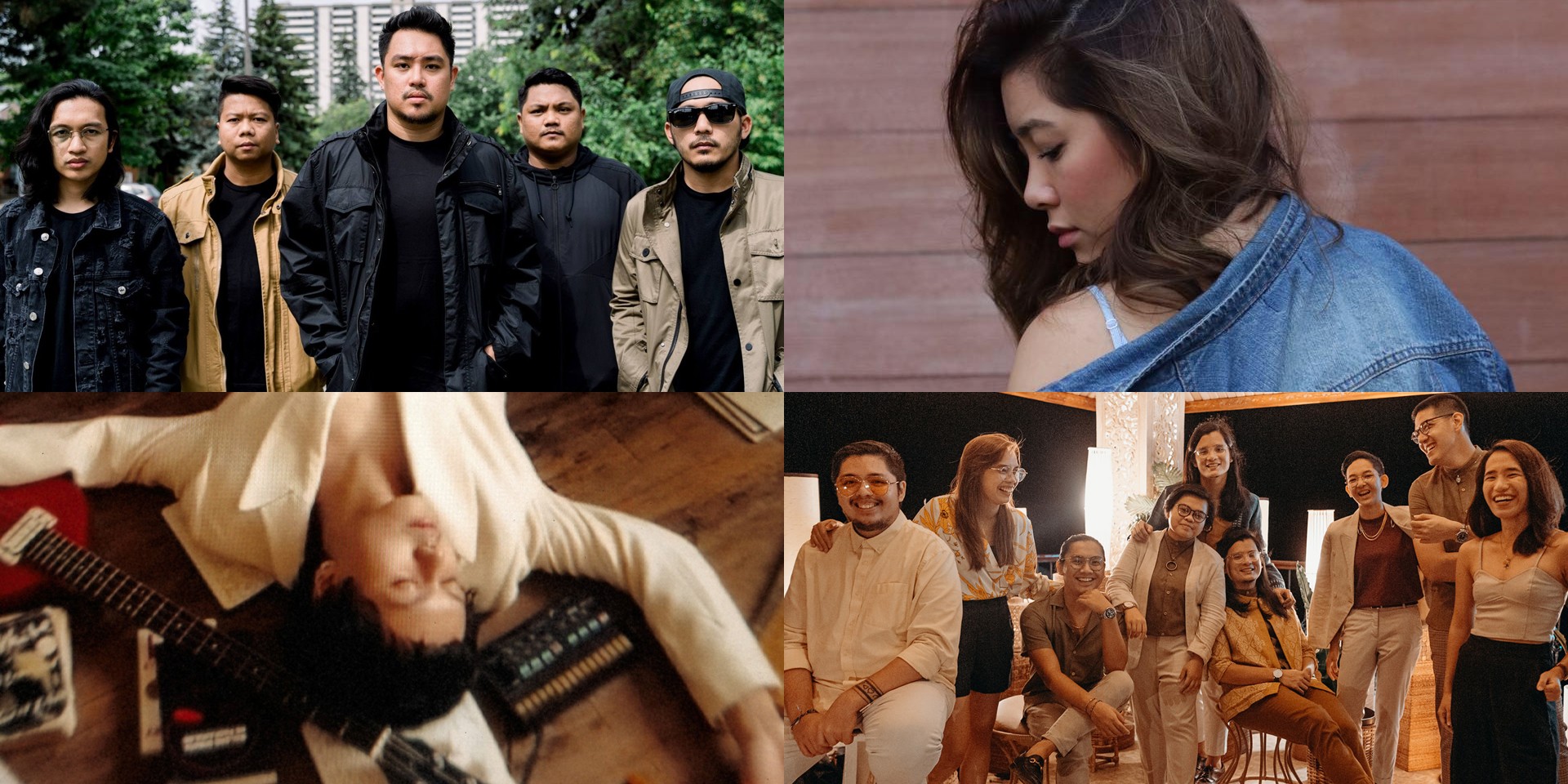 The holidays are right around the corner!

With Christmas just a few days away, everyone has been itching to take their holiday leaves as early as now (to continue staying indoors at home). It's been such a strange and confusing time, but we all have to keep on keeping on, just like some of our favorite artists who continue to drop tunes all year round.

From December Avenue to The Geeks, check out this week's new releases:

December Avenue are going back to their roots with their hopeful new single 'Polaris' as they release its MV Isip-directed music video.

In a message to Bandwagon, vocalist-guitarist Zel Bautista compares the star Polaris, which appears at the center of star trail photographs taken in the Northern Hemisphere, to a person he hopes would find their true self.  "So in the song, Polaris represents the person I'm talking to. Like I'm encouraging that person to become true to himself and that he's more than just a person standing still," he says.

The track will be available on music streaming platforms on Saturday (12/19) at midnight.

Zild has stepped out of his house to offer acoustic versions of tracks from his solo debut Homework Machine.

Ben&Ben cut through your feelings with the release of the official music video for 'Sa Susunod na Habang Buhay', starring Daniel Padilla and Kathryn Bernardo.1

“What if every time one dies, they go back to their first date with one of them carrying memories from their previous run? It took the band, Direk, and I a couple of zoom calls, brainstorming ideas to compound on that concept and get everything laid out before I presented it to [Kathryn and Daniel],” says writer Juan Miguel Severo, in an official statement.

Christian Bautista - 'This I Promise You'

Christian Bautista channels his inner *NSYNC with his take of the hit ballad 'This I Promise You.'

IN REVERIE: A Lilystars Christmas Compilation

Lilystar Records artists have come together for a special 11-track Christmas album called IN REVERIE: A Lilystars Christmas Compilation. The record features offerings from the likes of Orange & Lemons, Megan Trees, The Geeks, and many more.

Let Sound Architects' Johann Mendoza take you down a dreamy river with his latest offering as Othered with 'untitled.'

Rhythm and Drip have unveiled the stripped and laid back version of their debut single 'Pero,' via O/C Records.

Cinéma Lumière are just in time to get the holiday parties started with their new single 'Under the Mistletoe,' featuring Megumi Acorda on bass and vocals.

1 This article previously referred to 'Sa Susunod Sa Habang Buhay' as a track off Ben&Ben's Limasawa Street. The single was released earlier this year. It has since been amended.