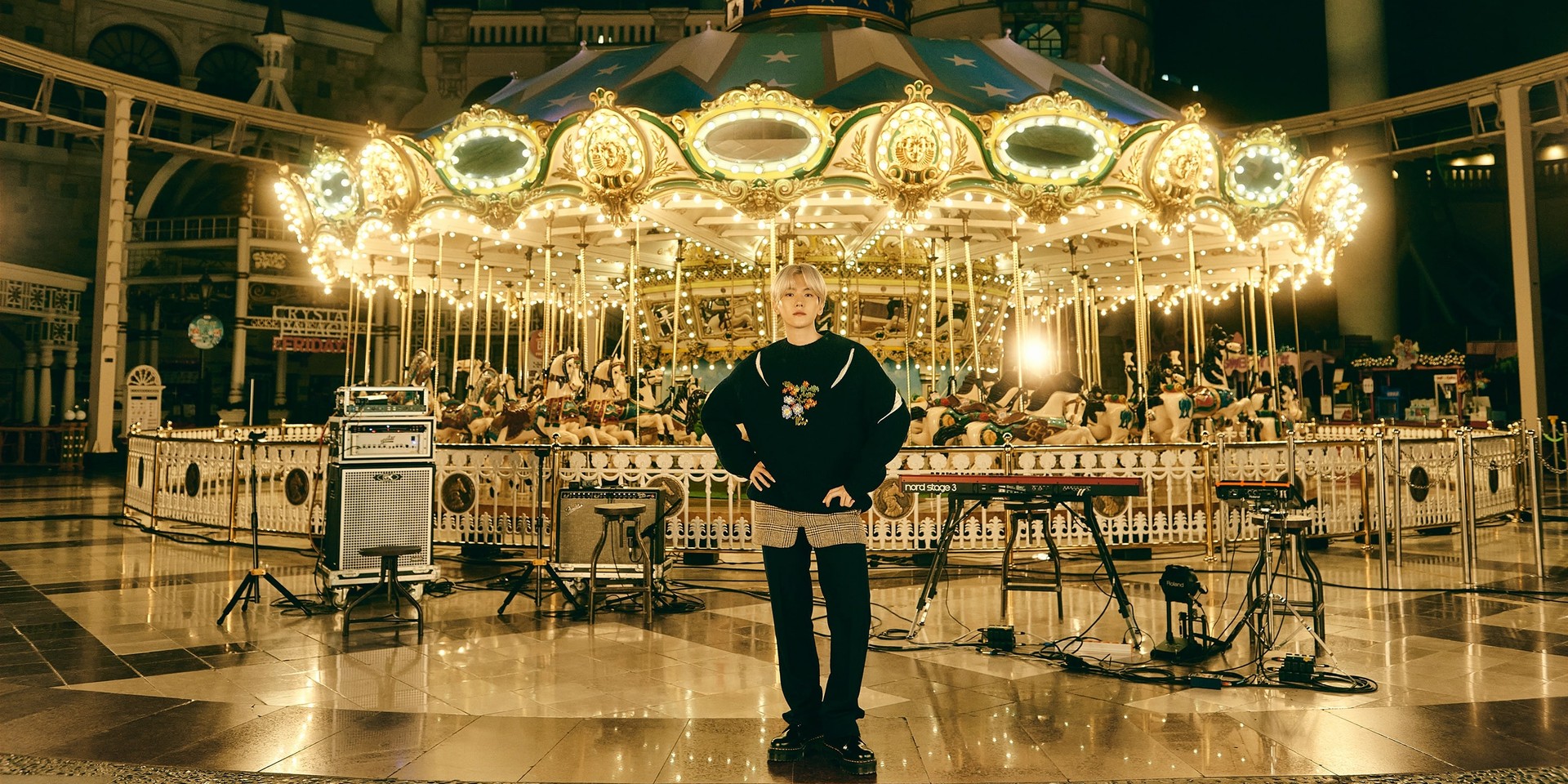 Baekhyun has more exciting news to come, shortly after the announcement of his first solo Japanese mini-album last month.

The EXO member delighted fans today (16/12) by relaying some updates on Twitter and LYSN’s messaging feature, Bubble, made for SM Entertainment’s artists to interact with fans.

our baekhyun came to 💭 and apologized for not being active on since he's been busy for his concert and for us to anticipate his new song that is coming out soon ❄ pic.twitter.com/Q0mdjgKc7f

Besides revealing that he’s been busy in concert practice, Baekhyun asked fans to look forward to an upcoming new song, dropping the hint “ㄴㅇㄱㅇ”, which ties into the supposed track’s title.

The new track called 'Amusement Park' will be released on 21 December, according to a post via EXO's official Twitter page.

He also mentioned that his preparation largely consists of learning the choreography of new songs.

🧼💬 Baekhyun said he isn’t able to come often (to 🧼💬) because he’s busy practicing for concert lately 🥺 there are many songs that he needs to learn the new choreo 👀 and he said to look forward to his new song! he said the title is ㄴㅇㄱㅇ (we have to guess it 😂)

- He has recording
- Busy practice for his concert
- He learns lots of new choreography for his songs
- New song will be release on 21st December (song + video)
- Hint for title of the song is ㄴㅇㄱㅇ
- He asked us to count his “wink” in the video pic.twitter.com/iwCnO5pMUy

UPDATE [21/12]: Baekhyun has released the live video for ‘Amusement Park’. Watch it here:

Most recently, Baekhyun received the Best Male Artist Award for the second consecutive year at the Mnet Asian Music Awards, and emerged as one of the top 10 artists for the Melon Music Awards. He has also been nominated for the Album Division Bonsang for Delight, as well as the Digital Song Division Bonsang for his collaboration with BOL4, ‘Leo’ at the Golden Disc Awards.

Come January, the EXO member will host his own online concert, BAEKHYUN: LIGHT, via Beyond LIVE.

Listen to ‘Amusement Park’ on Spotify here, while checking out some tweets from fans following the announcement of the new song:

Me counting how many times Baekhyun winked in his new song video: #큥이버블 pic.twitter.com/qwOmkhGTmp

baekhyun taking over korea’s trend after he came on bubble with new song’s spoiler/hint!