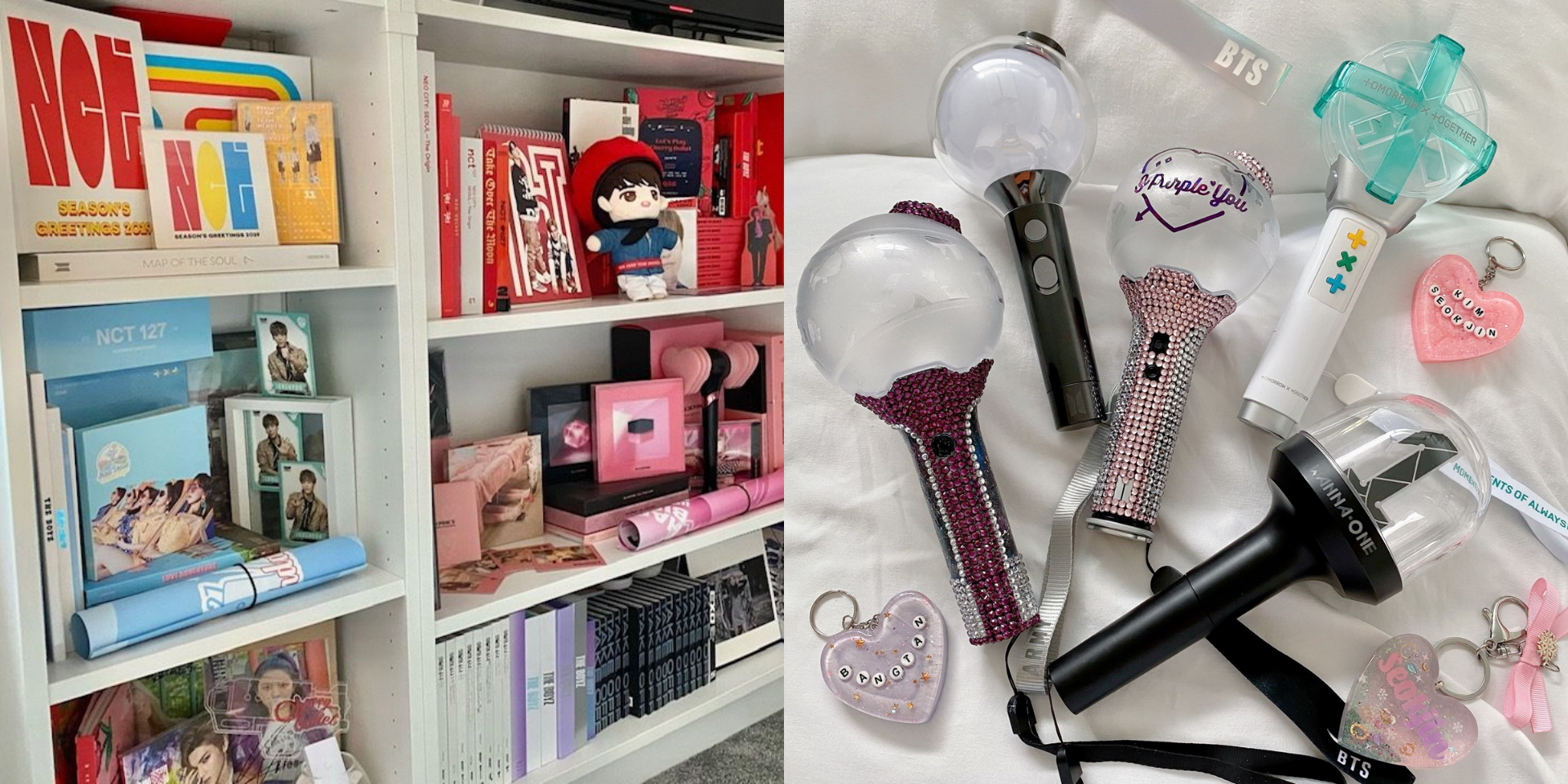 K-pop has dominated the world in more ways than one in 2020 – which indisputably, was the weirdest year yet.

Comfort music from our favourite artists has always been a form of unwavering constant, a source of solace, and a safe place for many of us. Not only has their soothing tunes served as doses of dopamine, but some fans also gain comfort from collecting merchandise of their idols.

Especially in this point in time where artists are unable to go on tour, a large portion of their income hail from merchandise sales. Luckily, with the extensive plethora of merchandise put out by artists – spanning from light sticks and apparel to albums and brand collaborations – fans are completely spoilt for choice.

A recent study by Southeast Asia’s e-commerce aggregator, iPrice, showed that K-pop fans can spend well over USD 1000 on merch, albums, and concert tickets for their idols, with the BTS ARMY taking the lead at US$1,422 on average.

Across the board, fans can come to a consensus about showing love and support for their idols through streaming music and purchasing merchandise. They brandish their merch amour on social media handles through aesthetically-pleasing flat lays coupled with gorgeous shelves stacked with exclusive pieces. 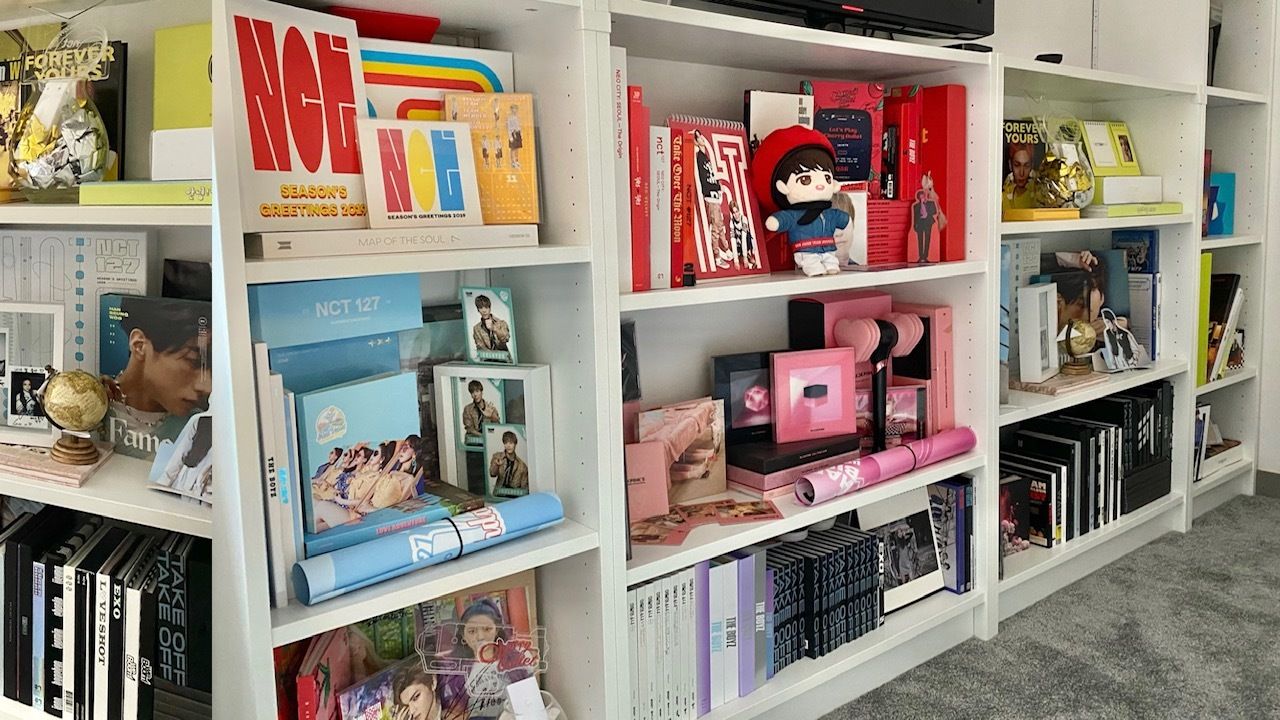 With such a significant display of support and commitment to their idols, Bandwagon spoke to a couple of K-pop fan collectors to understand more about their stories, how they started collecting merch, and garner some insider tips and tricks for fans that are just dipping their toes into a new hobby. Read the full interview below. 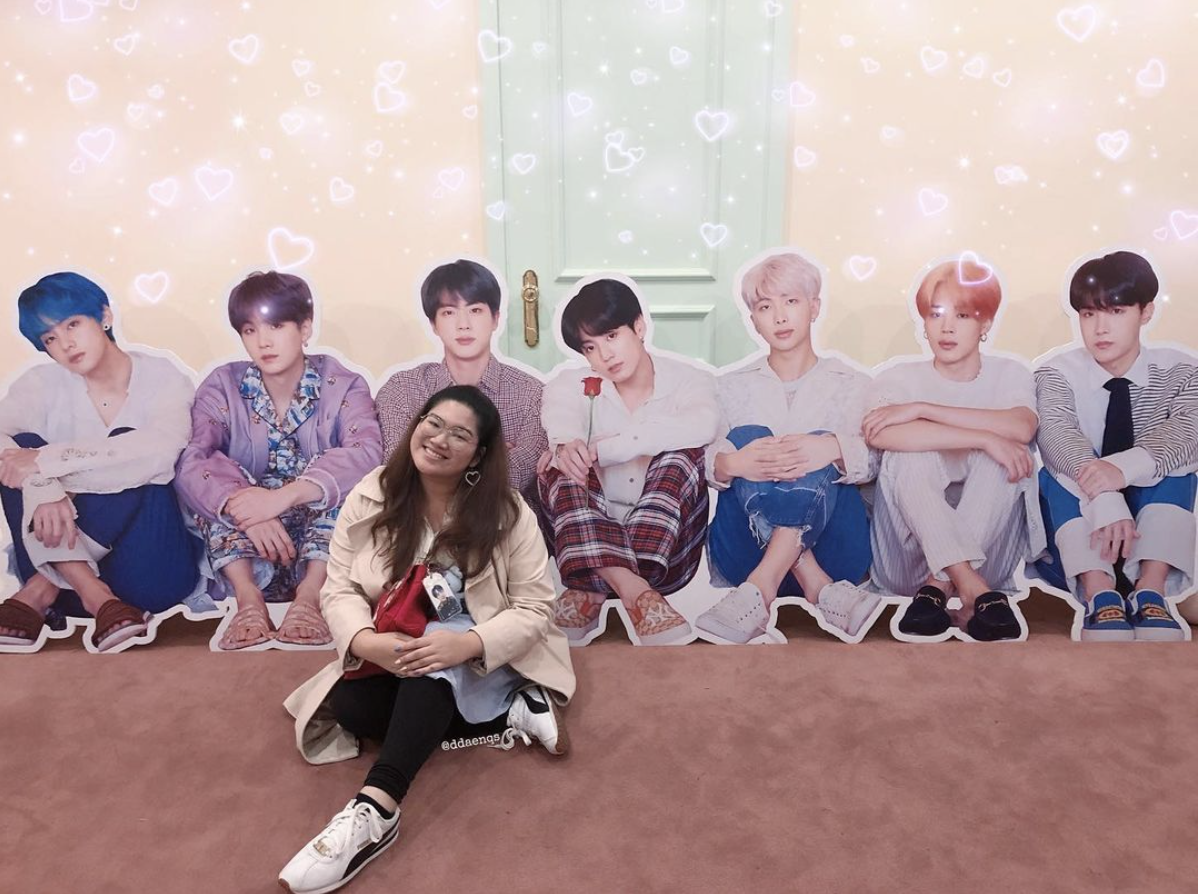 When I started collecting K-pop merchandise and how I afford it:

I became an ARMY around January 2017 and I started my collection around September 2017. Starting my collection was a slow start because I don’t have a job so I started to save my money from my school allowance, the money I get during Christmas and my birthday.

I prioritized the merchandise I wanted to buy while I budget the money I was saving. I also didn’t pressure myself on getting their merchandise all at once since I know collecting is a long process. Being a multi-fan really is a struggle but I just really have to work it out haha. I mainly collect BTS merchandise and for the other groups I stan I try and collect the Korean albums only and I only get that when I have extra money. 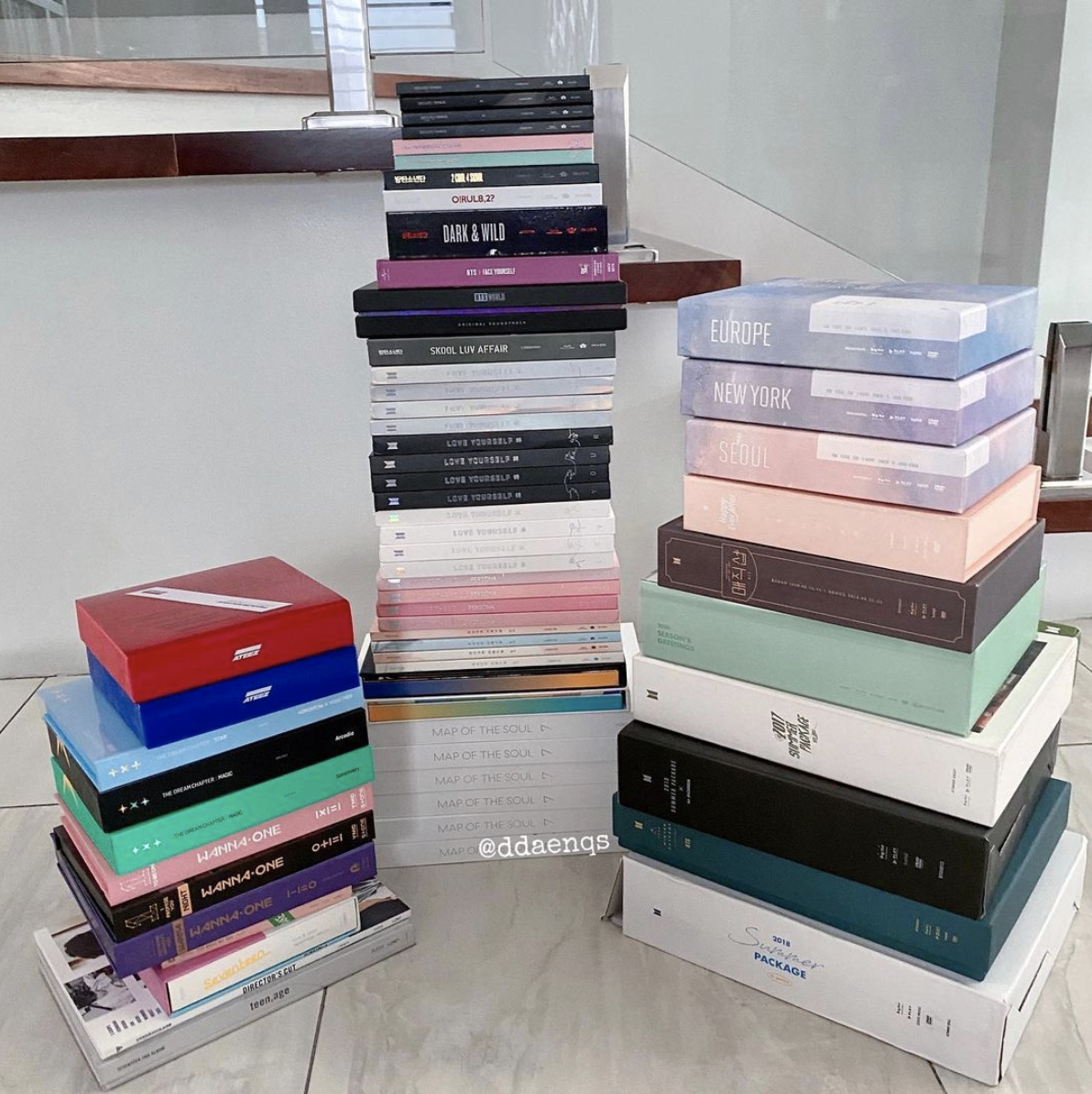 Budgeting the money I save helps a lot and also knowing the schedule of releases also helps because I will set aside a certain amount of money, for let's say, a comeback. One of the things I do to save money is whenever I get my weekly allowance I always try my best to not spend everything during that week so what’s left will go to my savings for merchandise or I try to put a certain amount of money that I challenge myself to every day.

I also make a list of the merchandise I buy so I could keep track of my expenses as well as a wishlist so I’ll know what merchandise I can get if I have extra money.

Story of how I discovered my K-pop bias group(s):

I started listening to K-pop the year 2013 but I was just a casual listener back then. My best friend introduced me to BTS the year 2015 because she was an ARMY, but I didn’t become an ARMY immediately. Then just like what I said before, I became an ARMY the year 2017 and from then on, I became a multi-K-pop stan.

Some other groups I am a fan of are: Wanna One, Tomorrow x Together, ATEEZ, and just a recent one, ENHYPEN. I discovered TXT through Big Hit and became a fan since pre-debut. For Wanna One, one of my friends told me to watch Produce 101 then I became a WANNABLE. Just like for Enhypen I also watched the survival show I-Land and now I’m an ENGENE. Lastly, for ATEEZ, I actually discovered them through their music. I was listening to a playlist on Spotify and heard 'Pirate King' back in 2018 and ever since that all I thought was all their songs are bops so I became an ATINY.

My first ever merchandise was the Love Yourself: Her album set. For BT21, my RJ face cushion, Van face cushion keyring, Tata eye mask, and my Koya passport case. I got all my first BT21 merchandise during my Taiwan trip and it was the grand opening of BT21 there too. 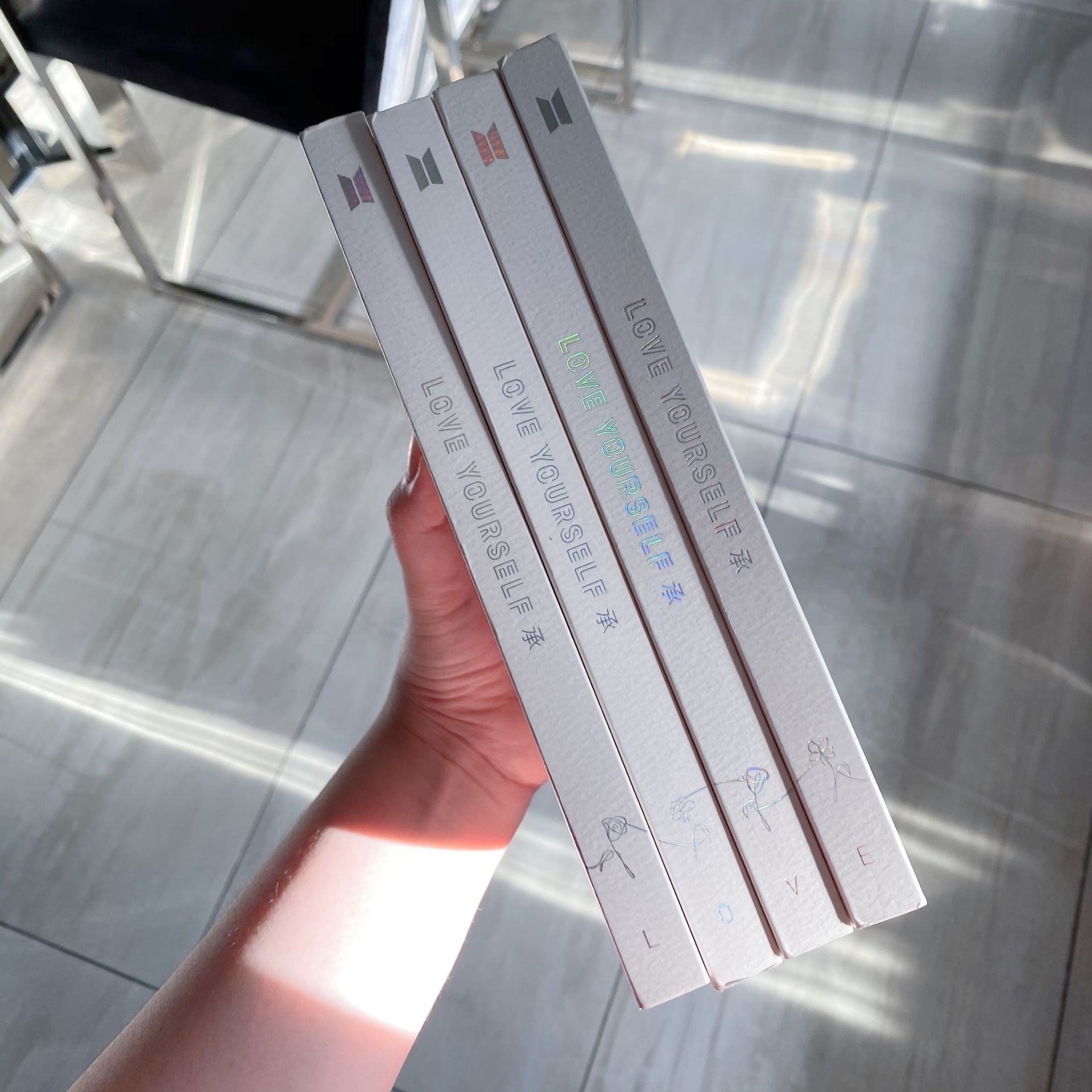 This is so hard but probably my favourite pieces from my collection other than the albums are the BTS and Seokjin tour pickets, my House of BTS merchandise, and my lightsticks. 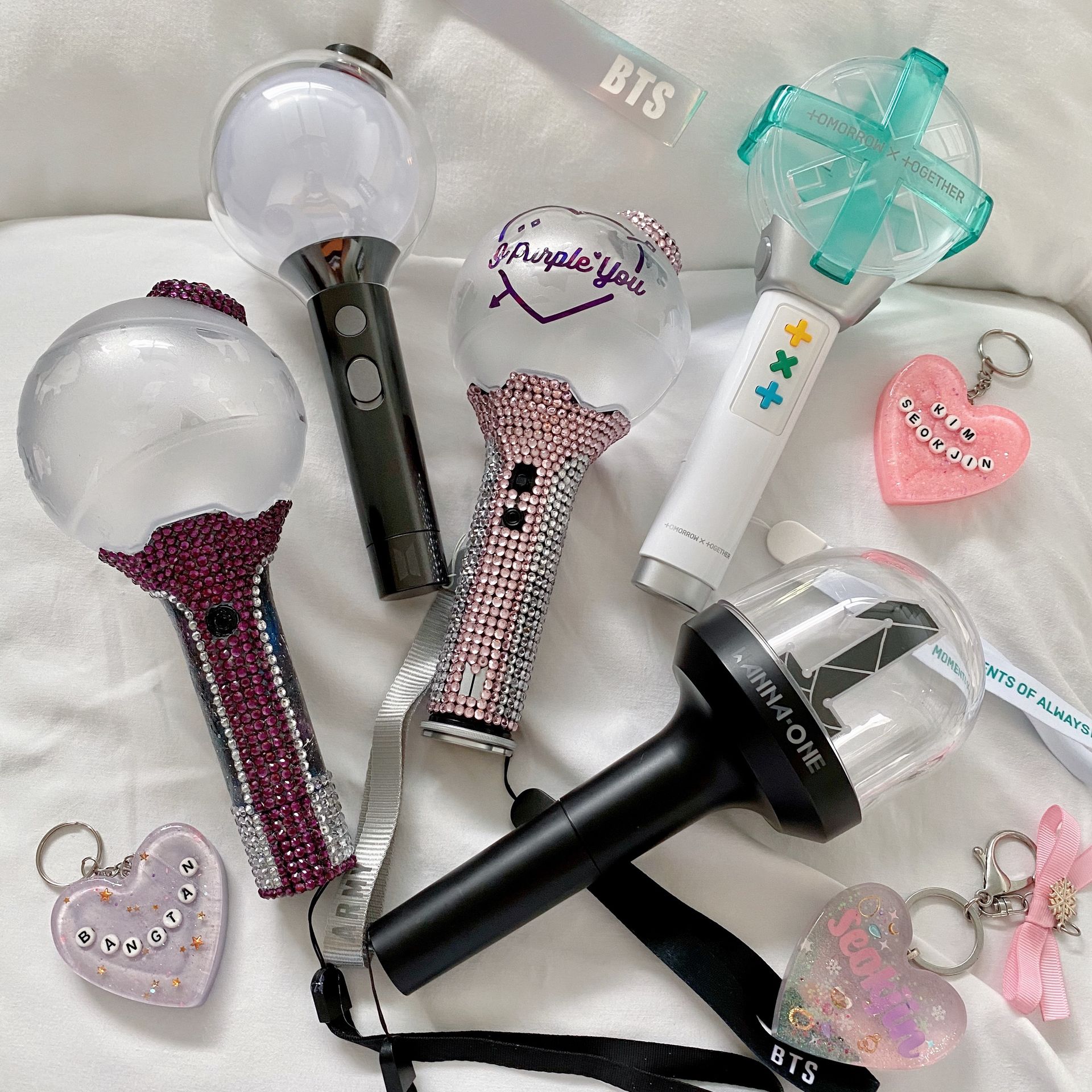 Samsung x BTS Galaxy Buds and the pink Boy with Luv jacket from House of BTS. 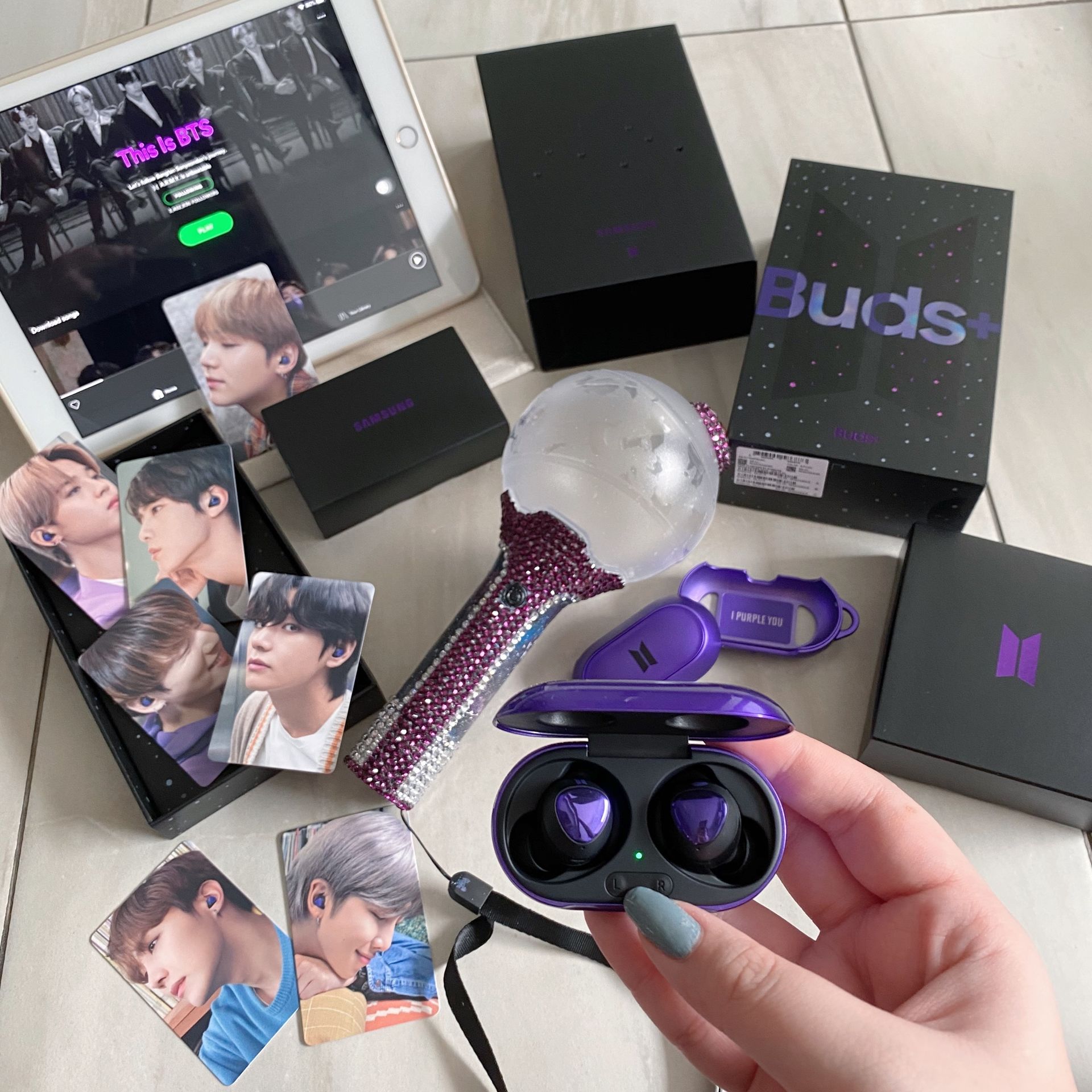 If you have the money to do so then go for it! If you’re a student, start saving money and go get that piece of merchandise you have always wanted. Coming from a student like me, it will really take time for you to save money and grow your collection but always remember good things happen to those who wait. Just be patient and you’ll never know you already have a shelf full of merchandise.

It is important to not also pressure yourself to get every new release. Make a wishlist of the merchandise you want so that you can be motivated to save money and someday you’ll be able to get it.

I just wanted to say that merchandise is not something that will define you as a fan. What makes you a fan is the love and support you have for whatever group you are a stan of. 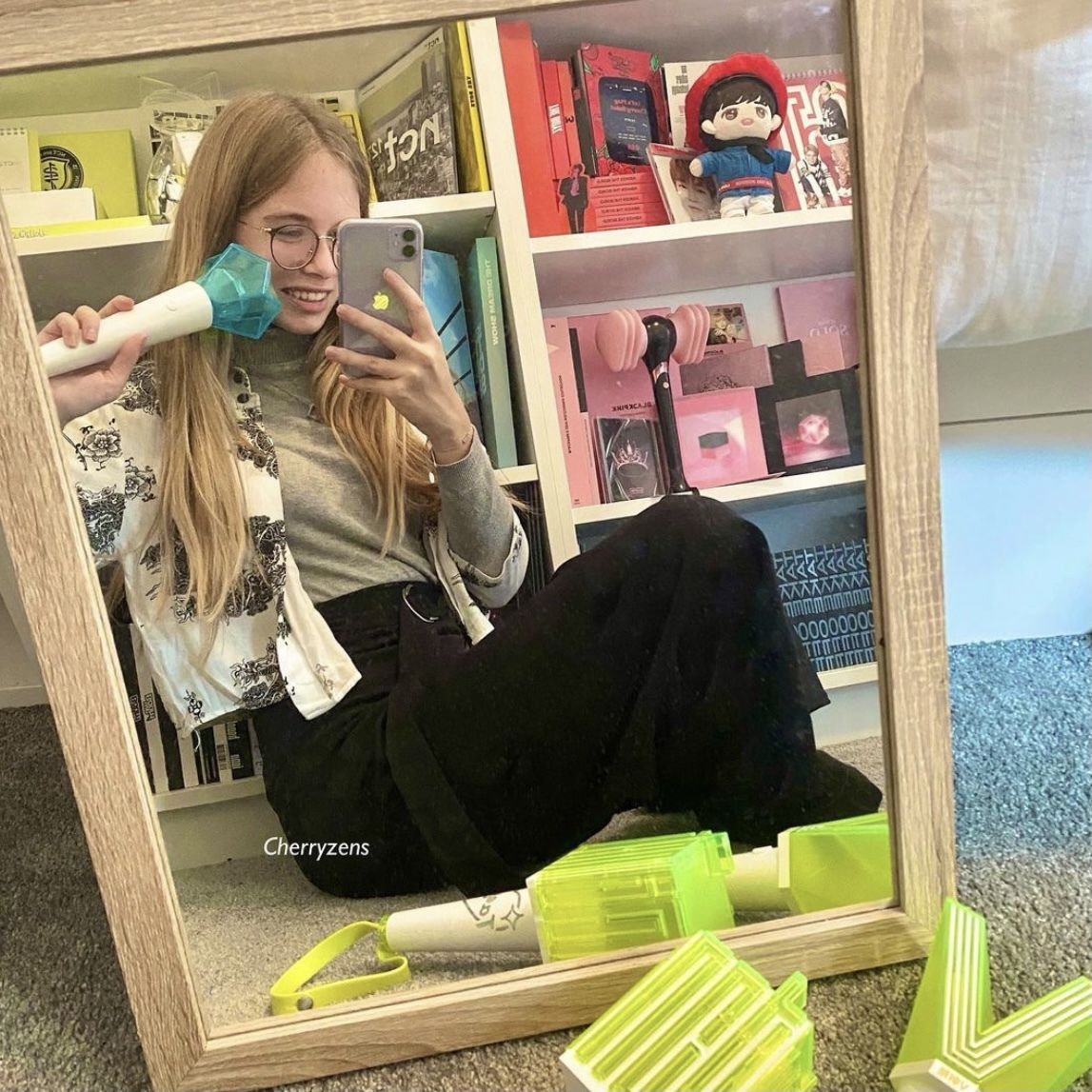 Name: Liesbeth De Kesel (but I go by Beth on the Internet)

I had K-pop merch before this but I only started really collecting about a little over a year ago. At first, it was a struggle and my parents supported me for my first few albums but soon I realised that I couldn’t keep asking them for money, so I started selling my services online. I started editing for people, designing and helping people video edit for some money, I also took on a part-time job as a baby sitter!

I got into K-pop around 2012, I was very young at that time! A family member had introduced me by making me listen to SHINee every time we were together, when I was a little older I properly got into SHINee and soon also into K-pop as a whole. 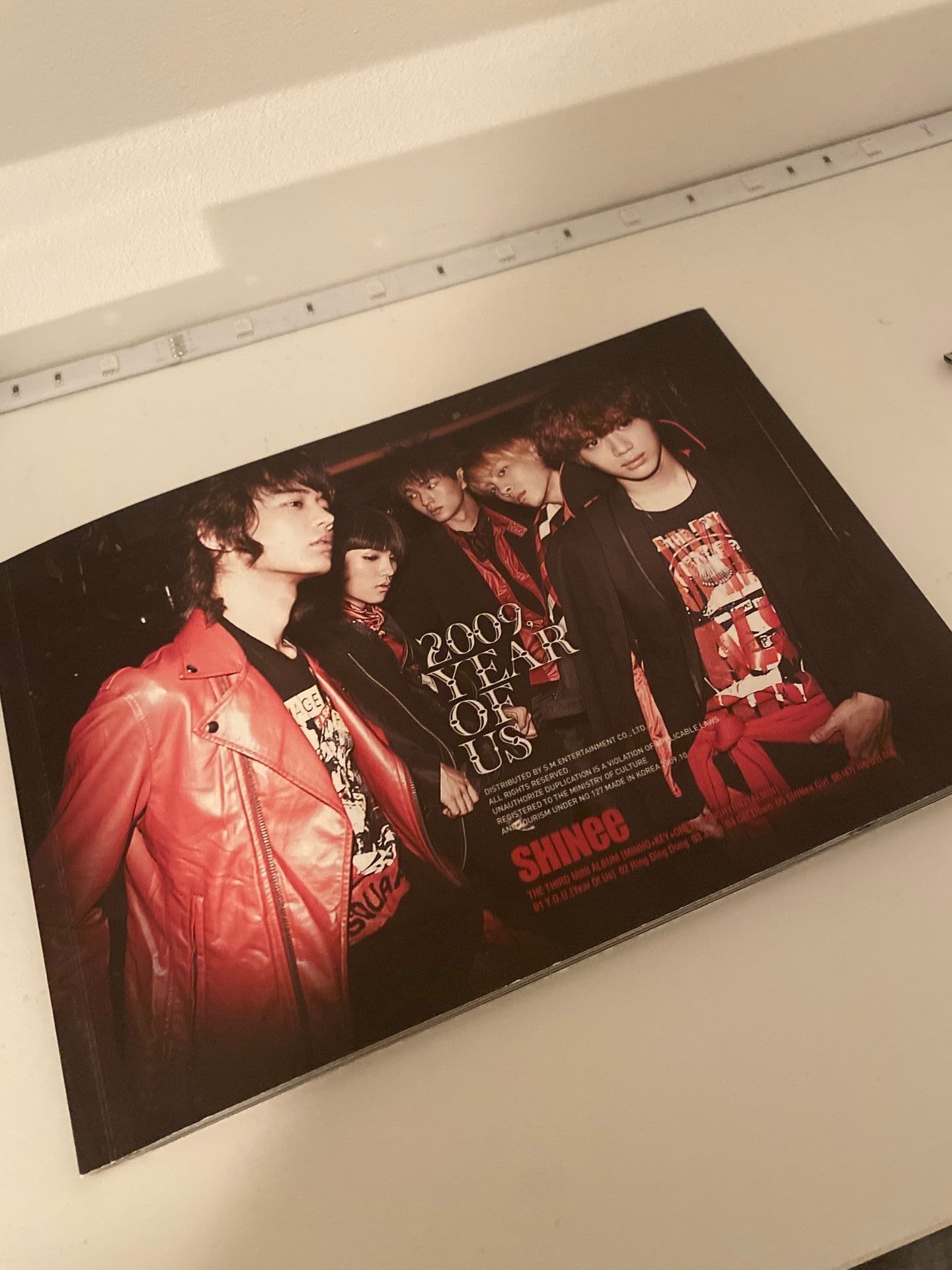 My Yangyang & Lucas signed video fansign albums, I have other signed albums but these mean a lot to me since there’s actually a story and memories behind them!

This would either be my Ten (WayV / NCT) polaroid or signed Taemin album! 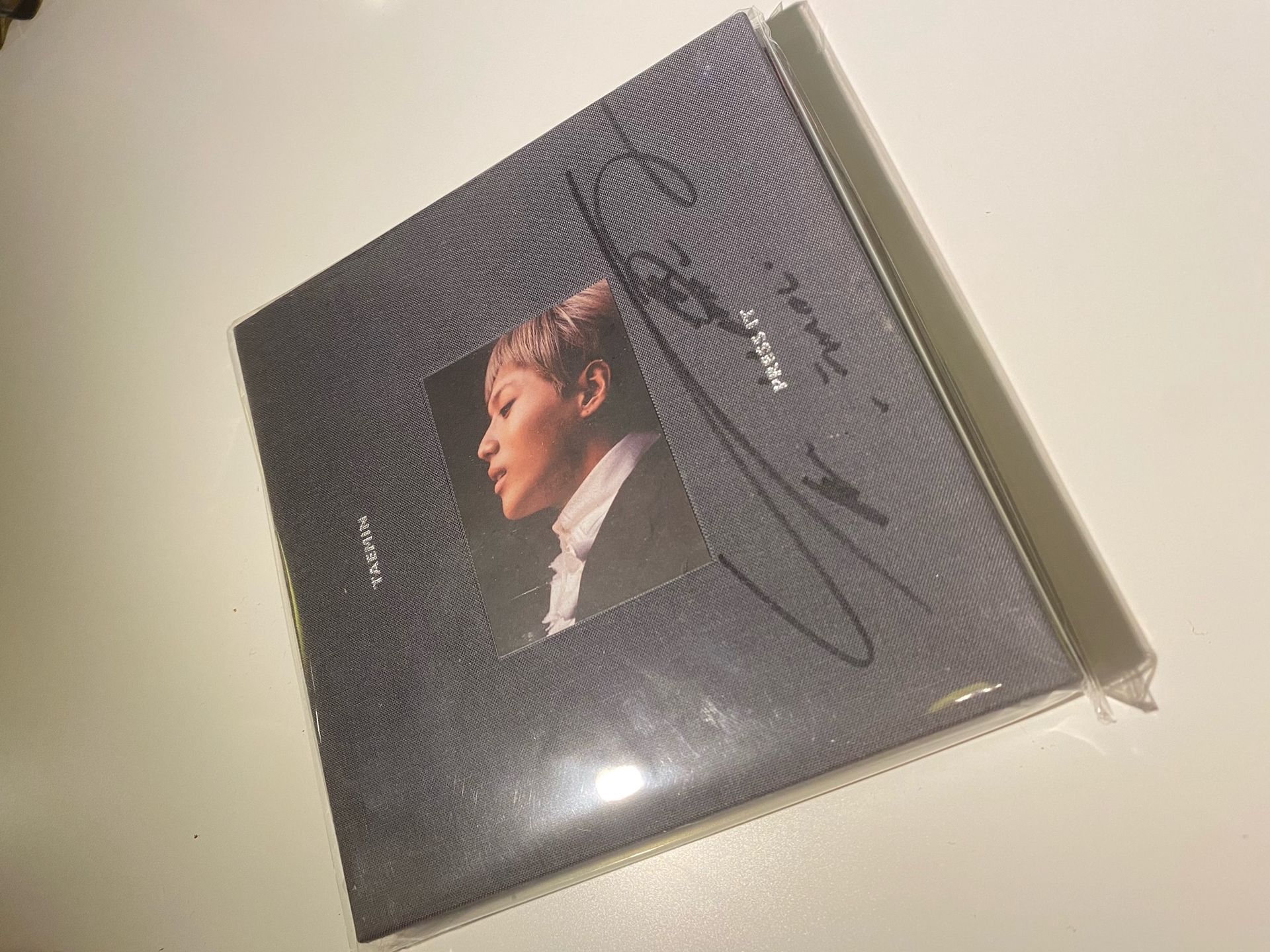 Don’t rush into it, enjoy the thrill of getting a new album and pulling photocards! You don’t have to have the biggest collection, just collect at your own pace to create your own collection you can be proud of! If you really want to start collecting be sure you know what you want to collect! It took me a few months to, but if you know what you want and only focus on that it’ll cost you less too :) 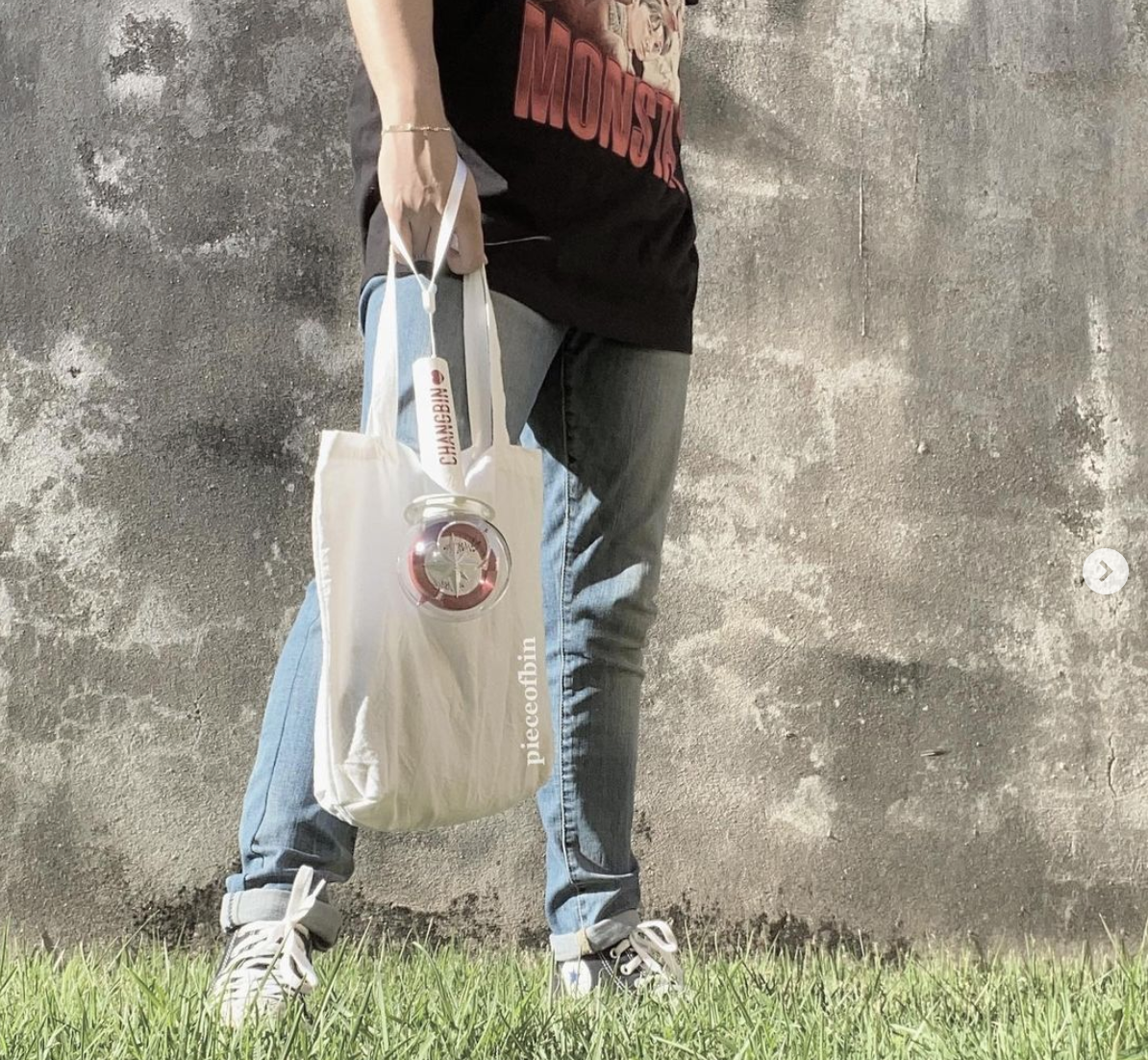 Started collecting K-pop merchandise in late 2018, at the time my parents would help me with my collection but now I can support myself and my collection.

Story of how I discovered my K-pop bias group(s):

My best friend introduced me to K-pop, and I later started to find more groups by watching their MVs and Showcases. My K-pop Bias groups as of now are SEVENTEEN and BLACKPINK.

My first K-pop album was BTS' The Most Beautiful Moment in Life Pt.1. 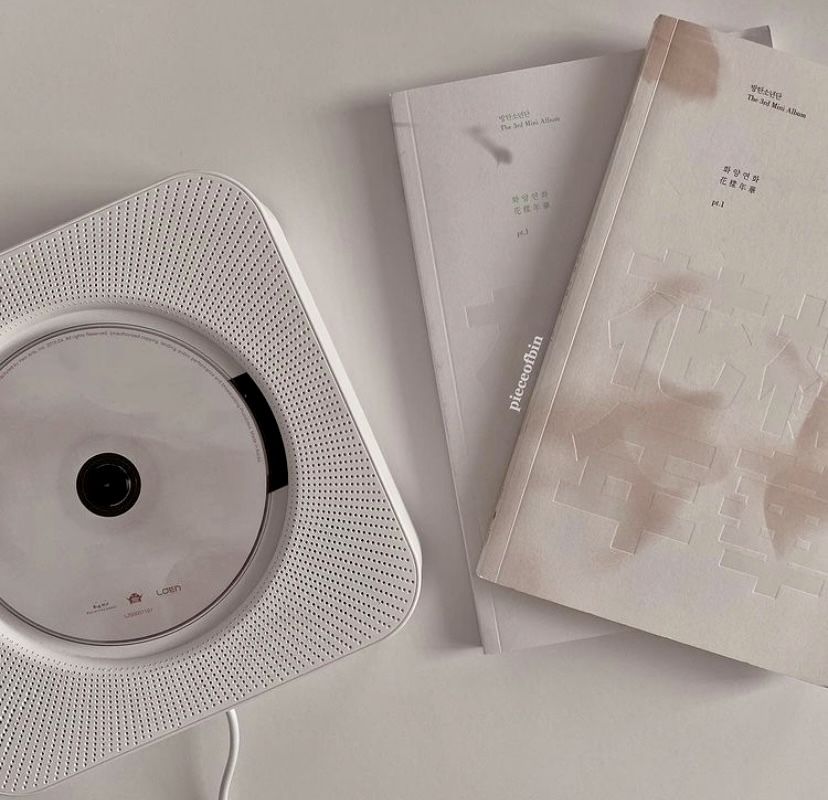 My favourite pieces in my collection aside from the albums are my lightsticks. 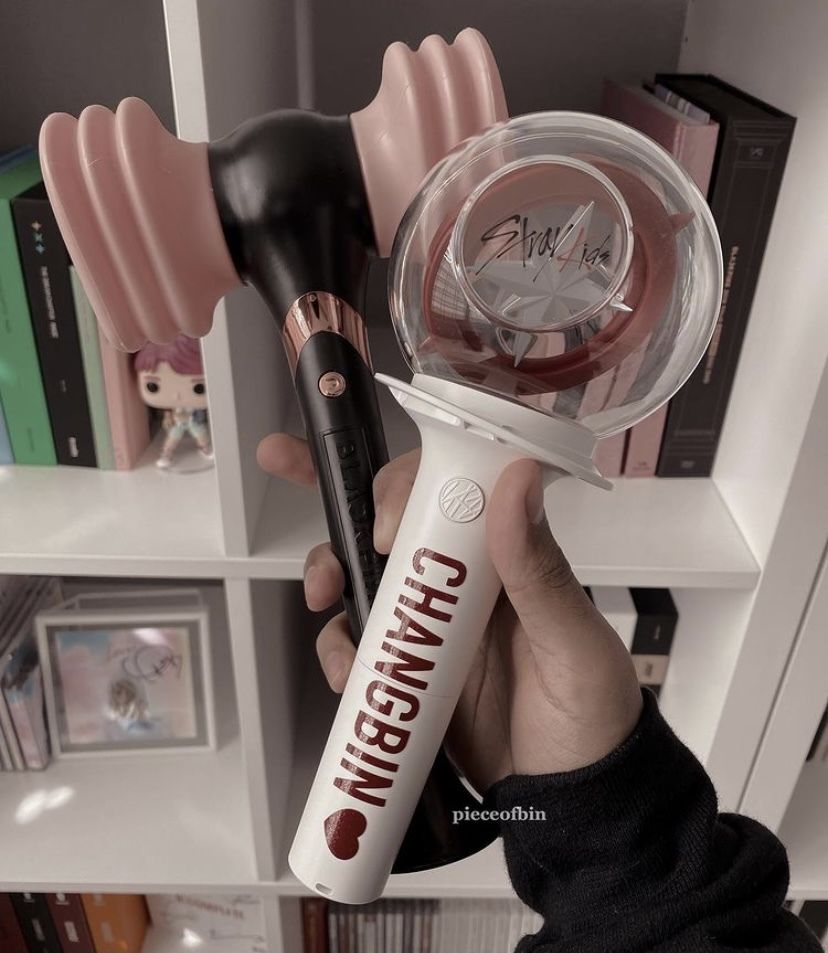 The most expensive piece in my collection I would have to say is my signed BTS album The Most Beautiful Moment In Life Pt. 2.

My tip for beginners is to be patient, collecting takes time and it isn't done in a day. It took almost two years for my collection to look the way it does today. If you want to start collecting, an easy way is to start with your biased group and then grow from there. 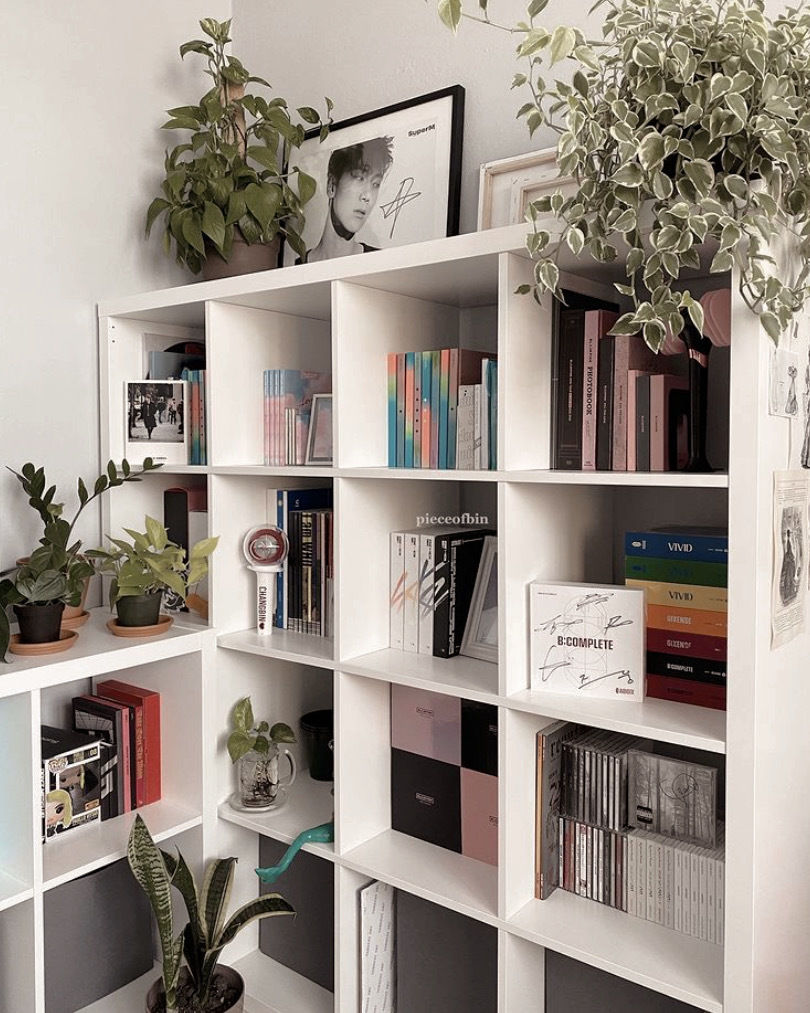