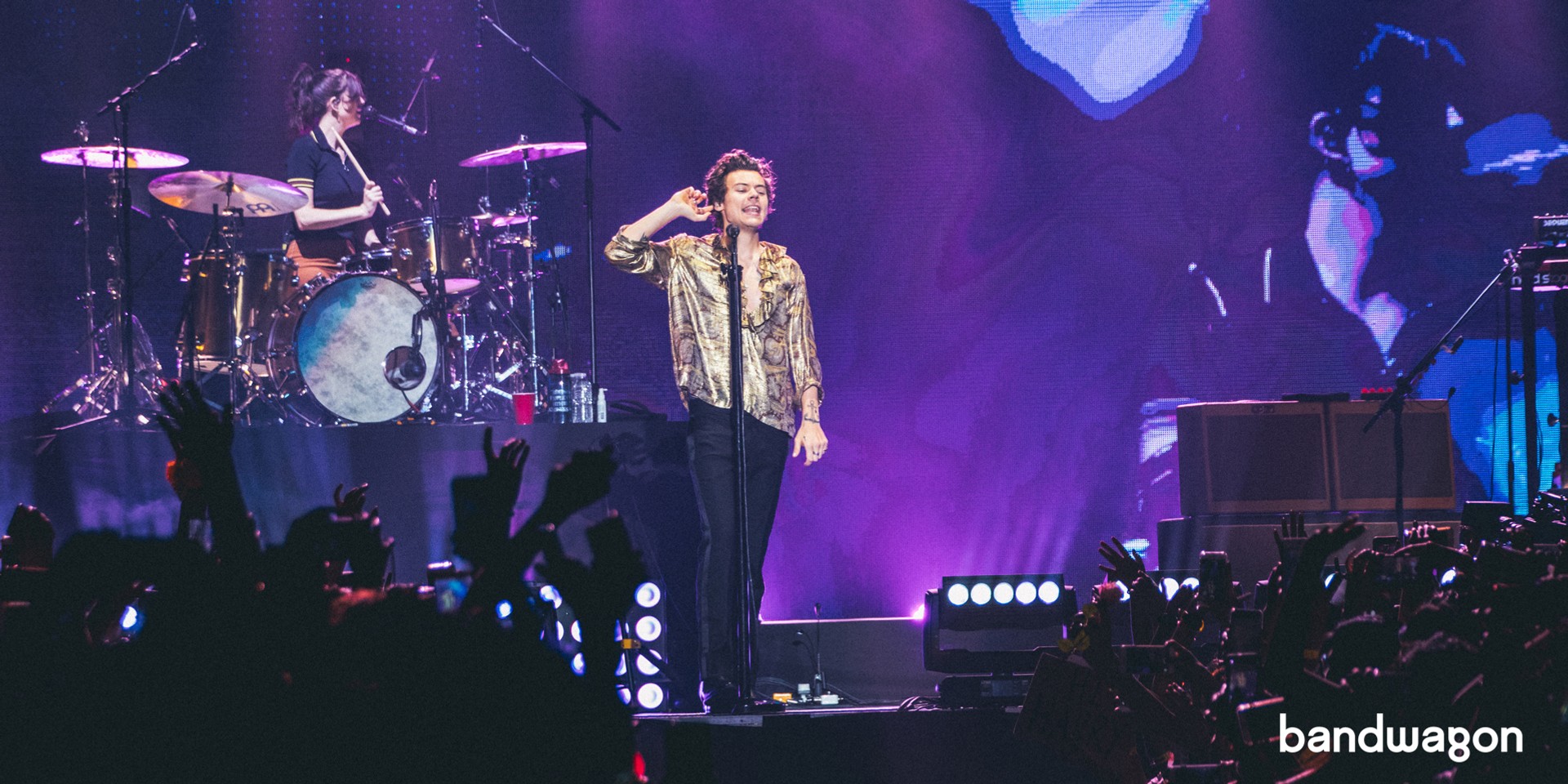 Last week was one of the year's craziest weeks of concerts in Singapore — Fall Out Boy and 5 Seconds of Summer played to their own crowds of dedicated and delighted fans on Monday and Wednesday respectively; and on Thursday night (3 May), modern day prince-slash-rock star Harry Styles returned to Singapore as part of the second leg of his Live On Tour series, performing to thousands of adoring fans at the Singapore Indoor Stadium, a vast upgrade from the intimate The Star Theatre last year. 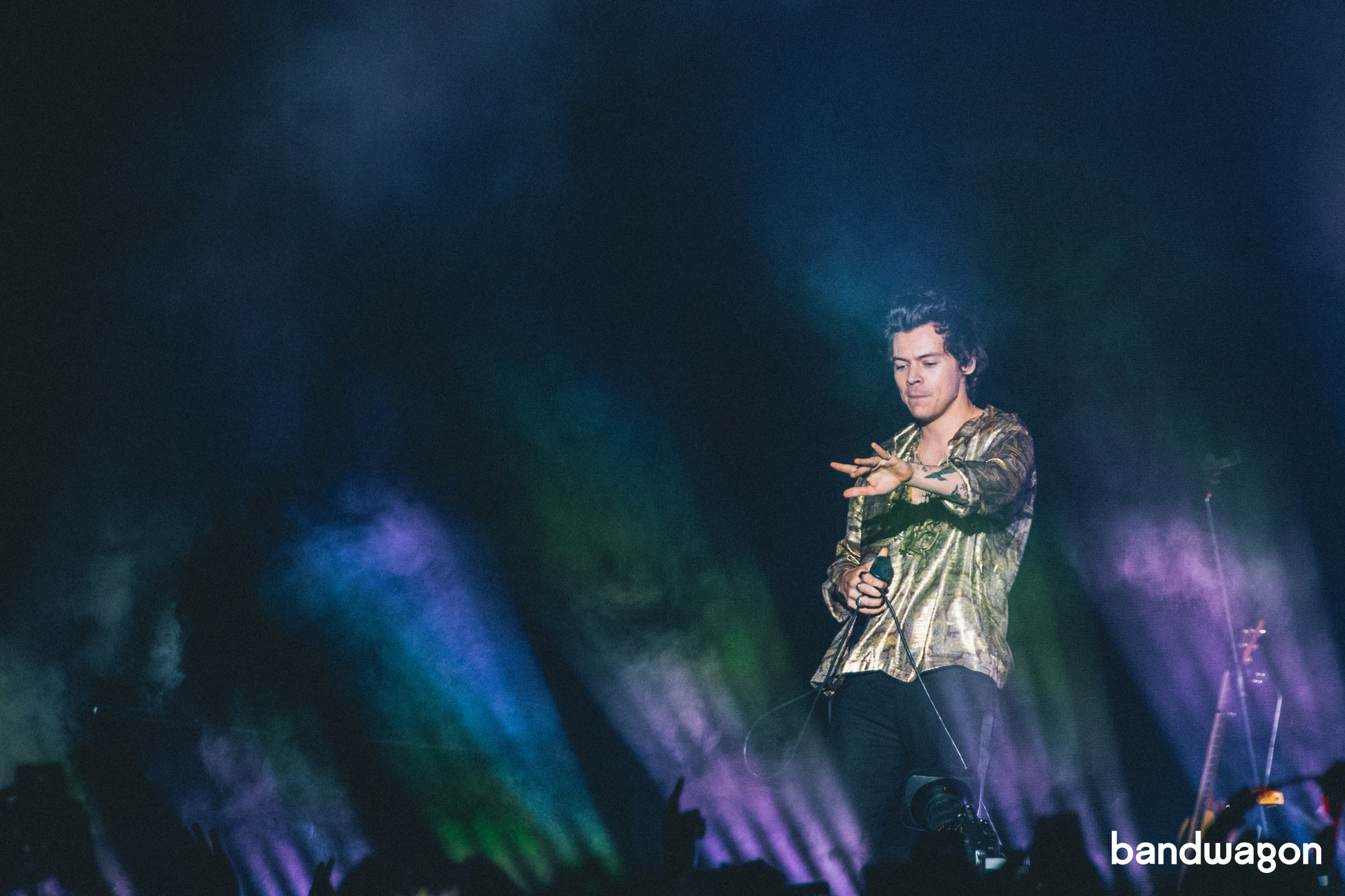 Throngs of fans showed up, despite this being the One Direction alum's second performance in the country in the span of six months, and whilst the show didn't sell out, the screams and cheers of Styles' legions of adoring fans made up for the empty seats. It was also with those same cheers that they welcomed Styles' opening act for his Asia leg of the tour, Warpaint. 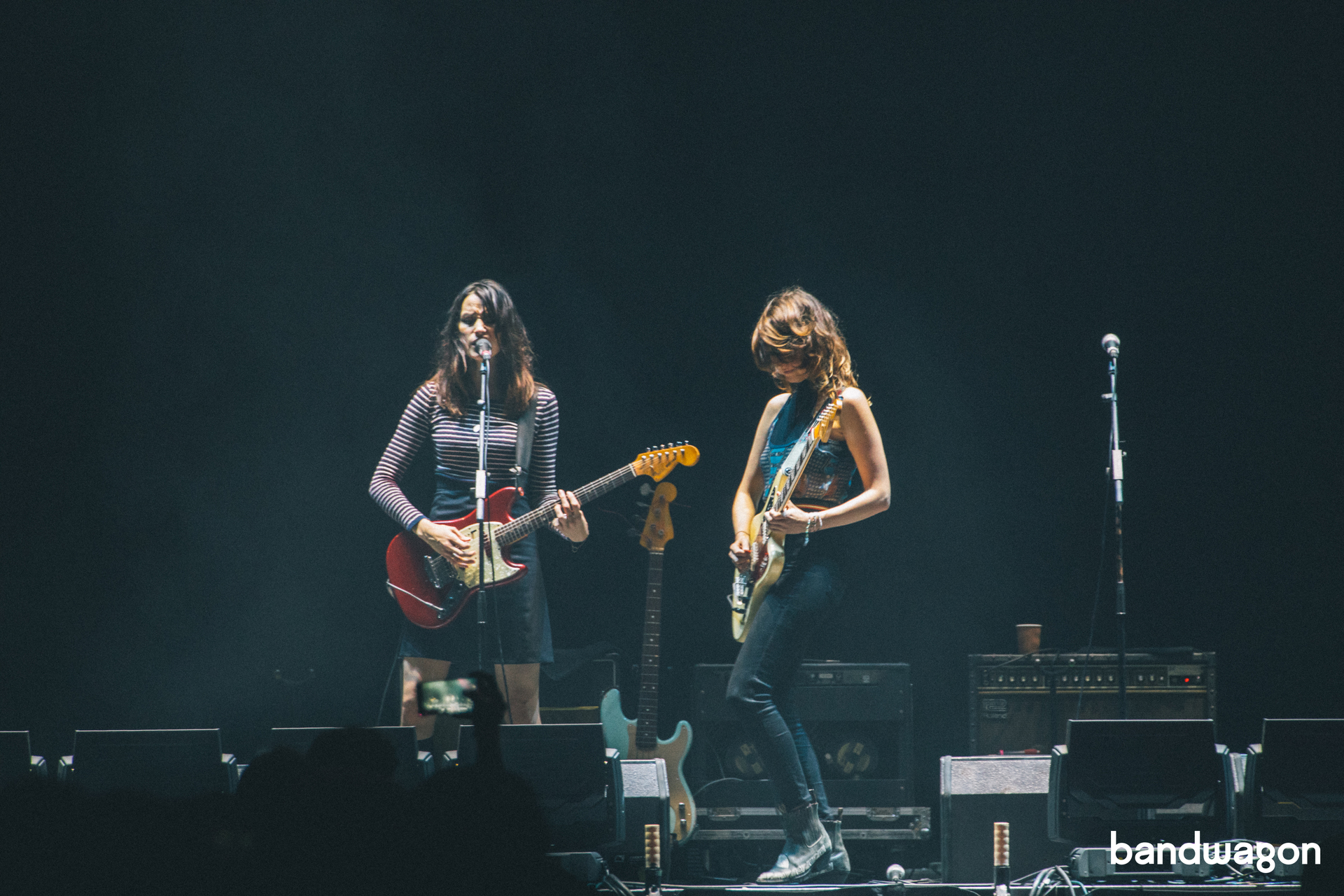 A seasoned band with 14 years of experience under their belt, Warpaint charmed fans and non-fans alike with their 30-minute setlist of originals, including tracks 'So Good', 'Love Is To Die', and 'New Song', among others. 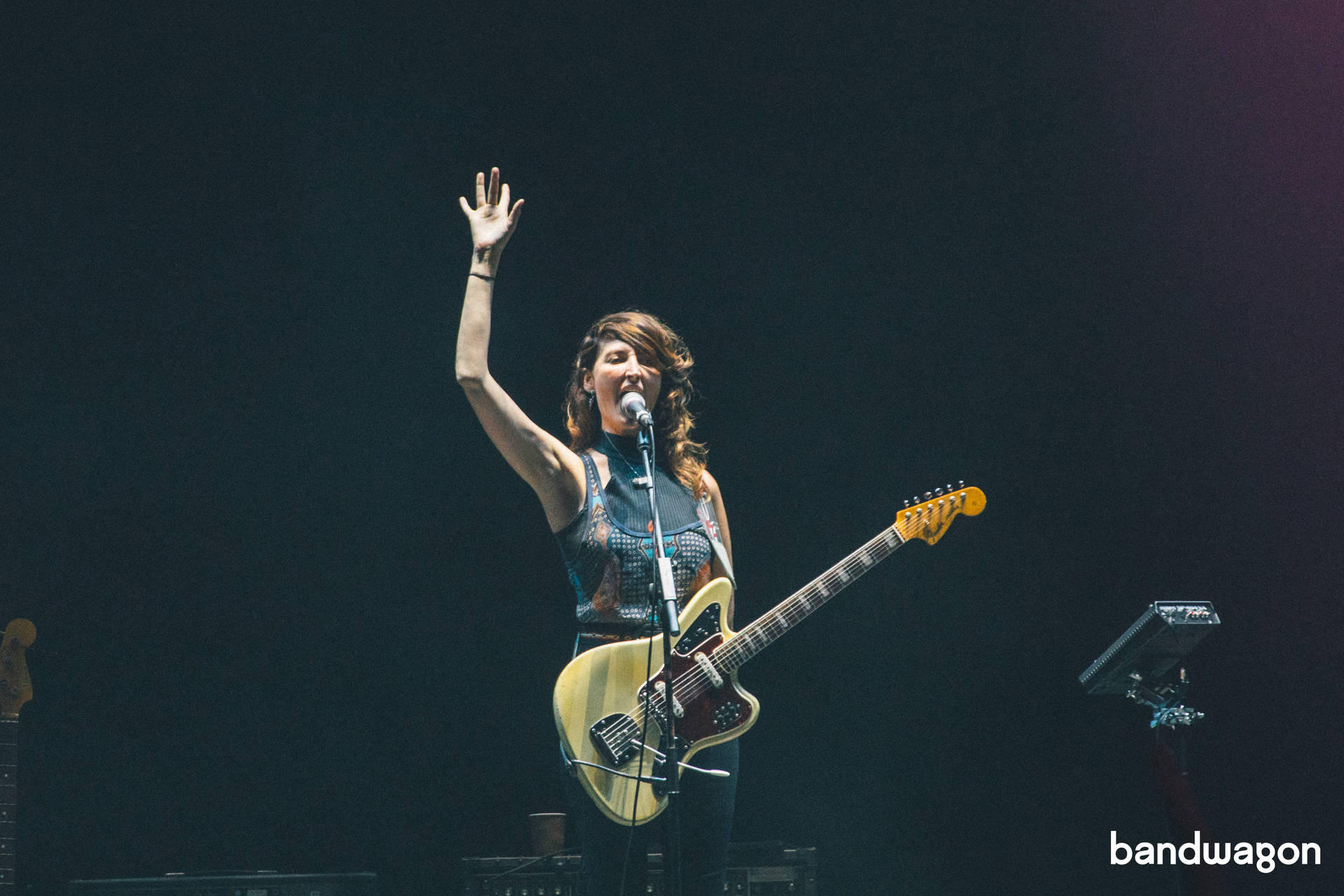 Styles' decision to have Warpaint as an opening act for his tour comes as no surprise at all: It's widely known that he's a progressive feminist, and (very clearly) a fan of rock music — and what better way to embody those qualities than having a strong, independent, all-female band be a part of the tour. 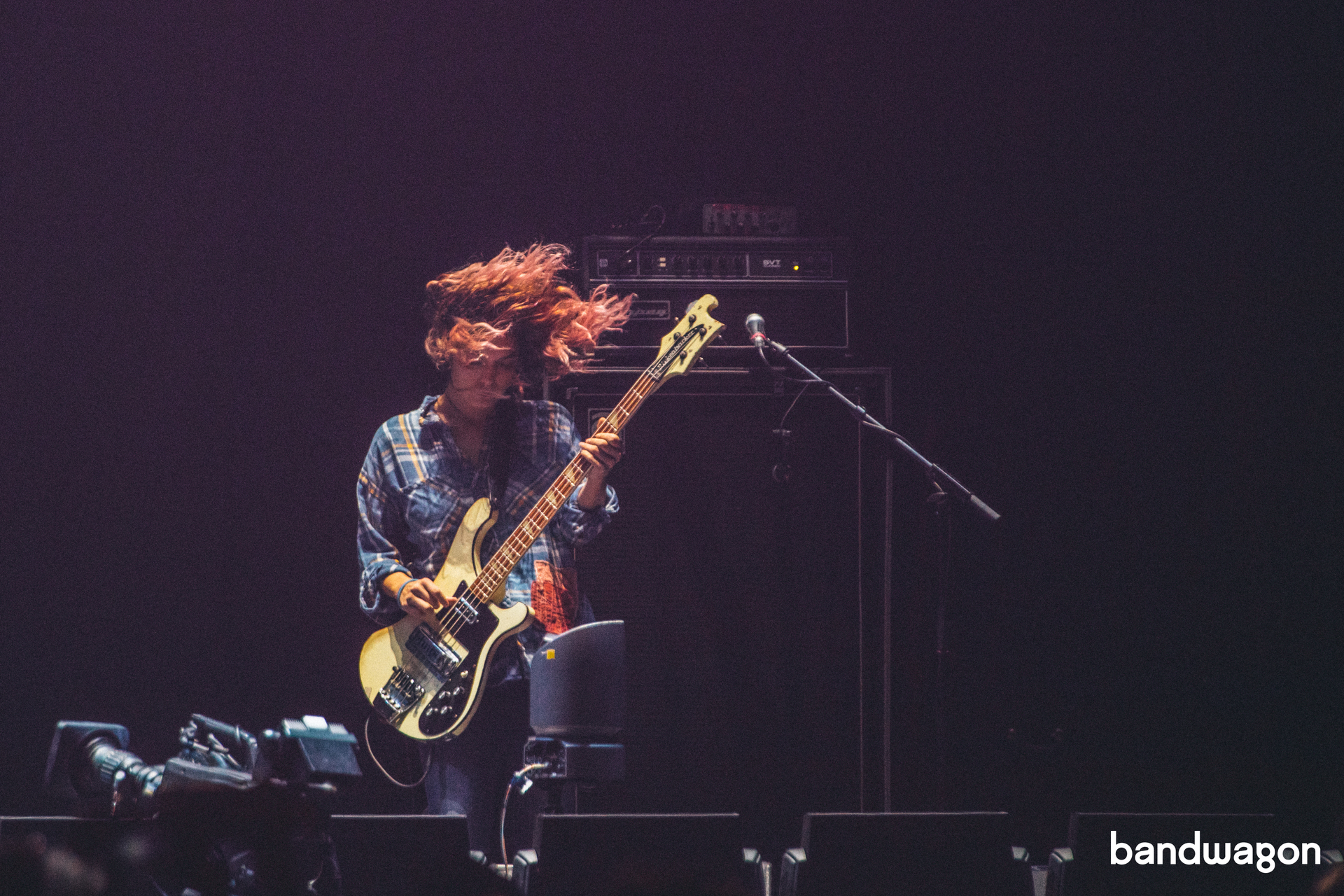 Warpaint played flawlessly, each performance as good as its original studio version, and their moody, sensual sound proved to be the perfect primer for the main act to follow. 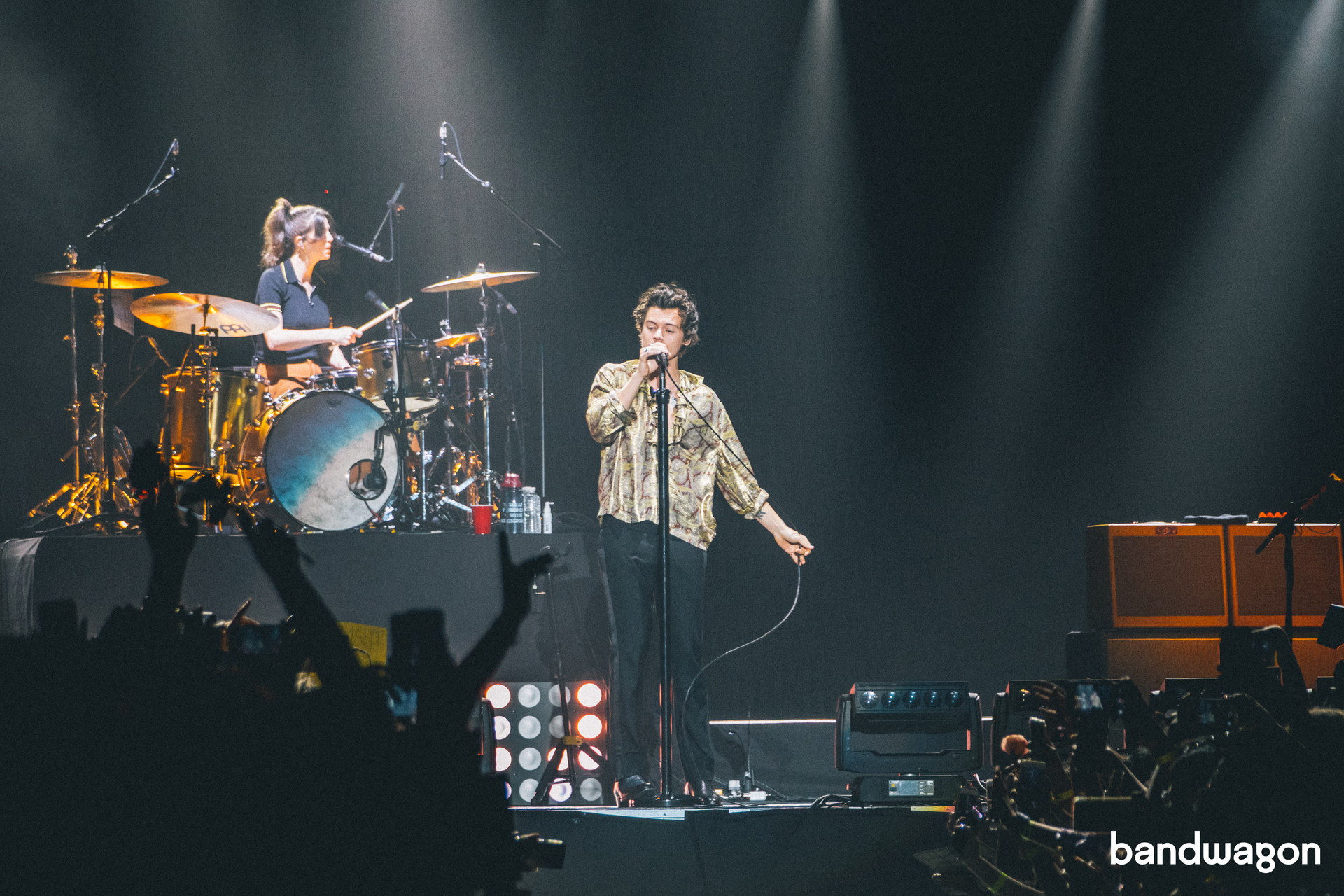 The man of the hour came on stage at approximately 9.10pm, donned in a gold Saint Laurent blouse, and started his set off with the upbeat 'Only Angel'. It became obvious that in 2018 Styles is gunning for a full-fledged rock-and-roll concert for the round of shows, much unlike his intimate show last year. However, he still exhibited the same amount of passion as he did last year, baring it all in his performances of 'Woman', 'Ever Since New York', and 'Two Ghosts'. 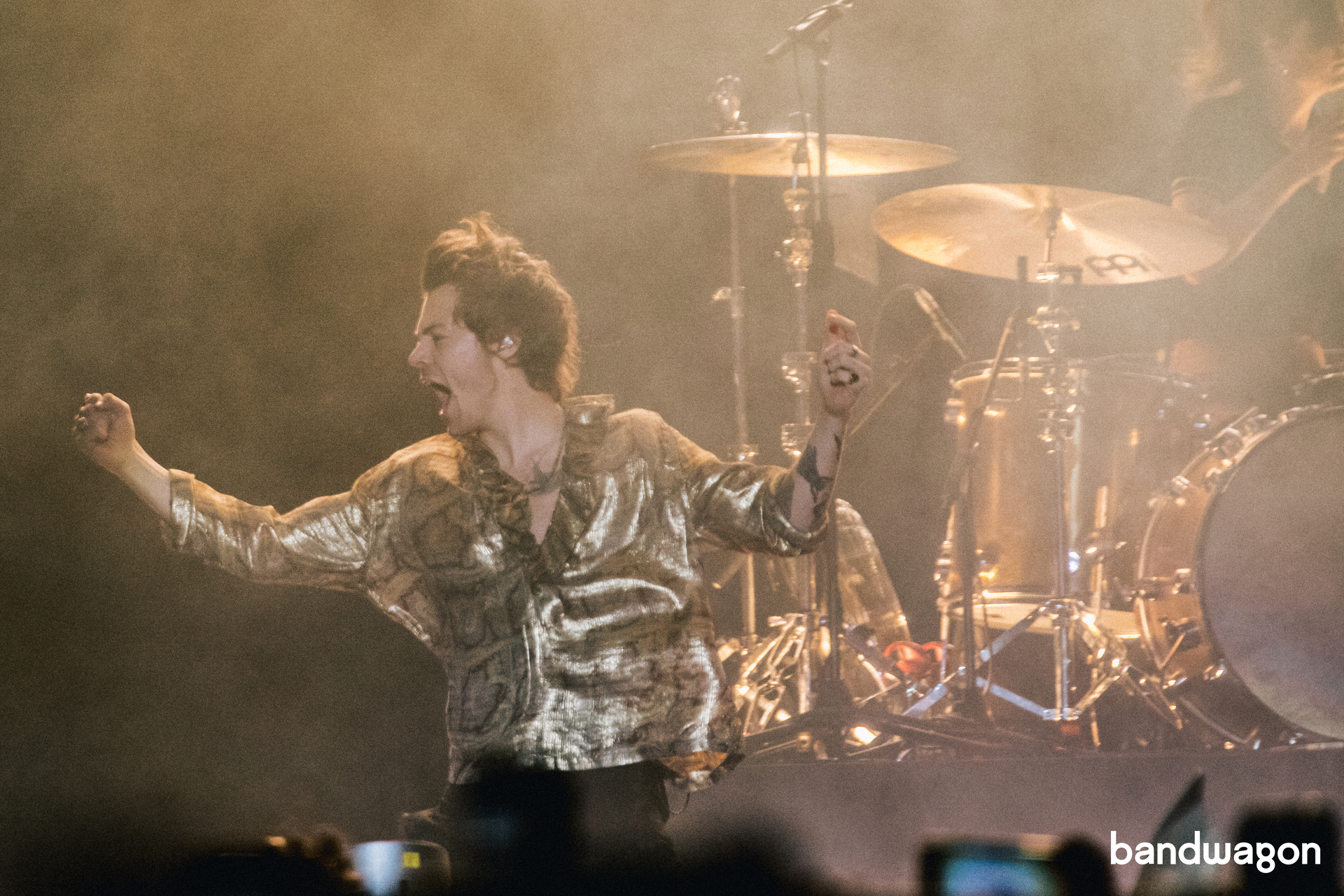 Unlike previous shows, Styles took the stage production up by a notch this year, with bright, retro-esque graphics, including an interlude of an animated Harry Styles fiddling with a Rubik's cube, and graphics intertwined with live feed of the concert, evident in 'Carolina'. 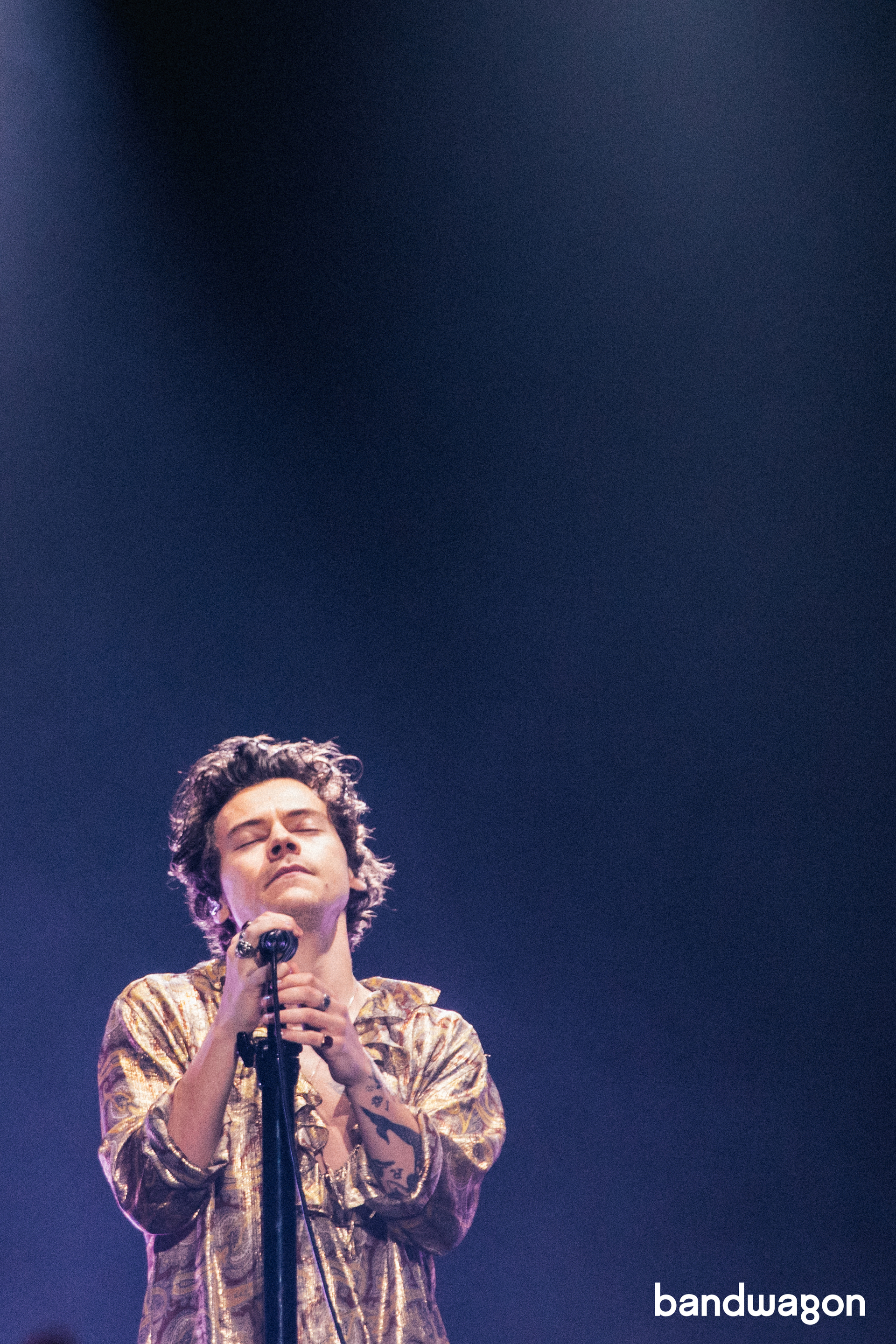 Lights were also expertly used to reflect the moods of songs — soft, yellow lights were used for a rearranged, rock version of the nostalgic 'Stockholm Syndrome', blue was used for Styles' rendition of Ariana Grande's longing and poignant 'Just A Little Bit Of Your Heart' (originally written by Styles himself), and striking red was used for the dark and sensual 'Medicine'. 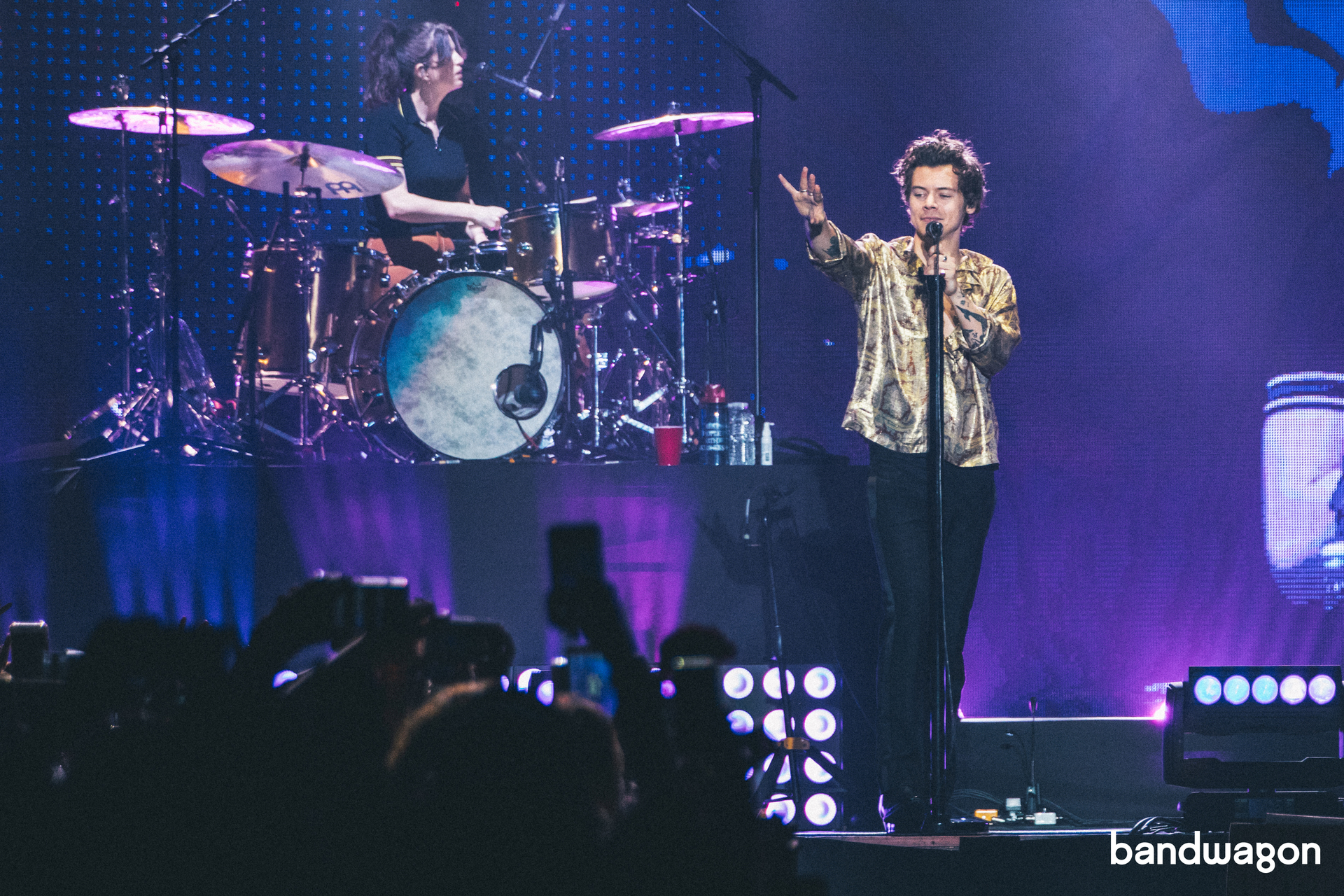 Harry Styles may be flying solo now, but he hasn't forgotten the lessons in fanservice he learned from his boyband past. Halfway through the show he headed down the walkway dividing the standing area into two, taking the smaller, separate stage at the foot of the central seating area so fans at the back of the arena could catch a glimpse of the singer. It was there that he performed the two most heartfelt songs in the setlist : 'Sweet Creature' and a cover of One Direction's 'If I Could Fly'. 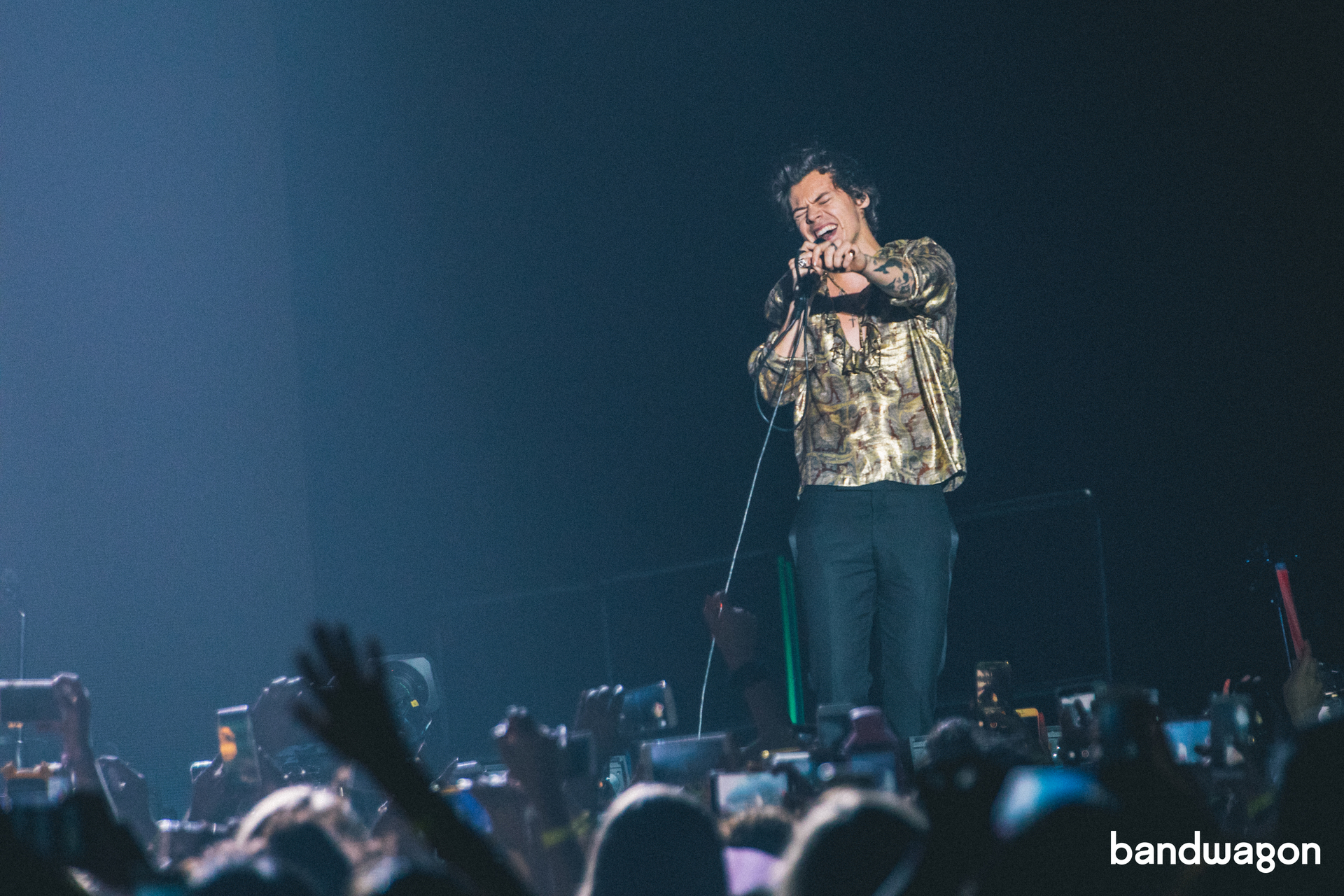 He returned to the main stage shortly after, playing a few more songs before candidly informing the crowd that he would "pretend to leave the stage for a few minutes" while fans "pretend to cheer", before returning for an encore — there's the cheeky, brazen Styles the world has come to love. Sure enough, he left the stage for no more than five minutes, before making a soft, muted return with 'From The Dining Table', and finally displaying the rock-and-roll prowess he's known for with his cover of Fleetwood Mac's 'The Chain' and his original 'Kiwi', encouraging the audience to make a last-ditch attempt to enjoy themselves by "dancing like there's no one beside you". 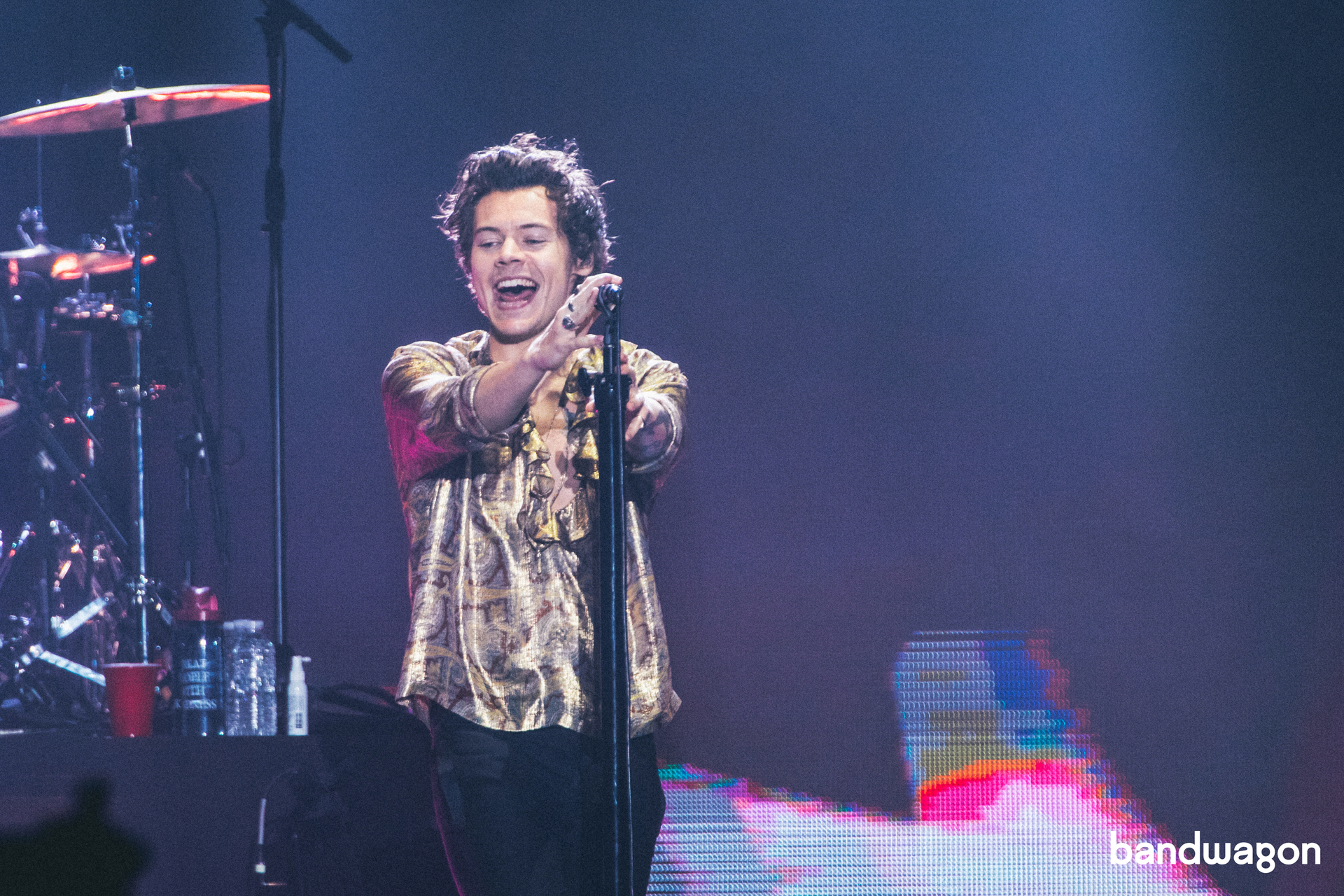 The wonderfully curated setlist hardly differed from last year's, save for the debut of his new, unreleased numbers (the aforementioned 'Medicine', 'Anna', and the cover of 'If I Could Fly'). The singer himself humbly told the audience, "I have one album. I have ten songs", and it's remarkable how he continues to enthuse fans within months of his last performance here despite the lack of new material. Of course, the nostalgic One Direction coves didn't hurt in the least. 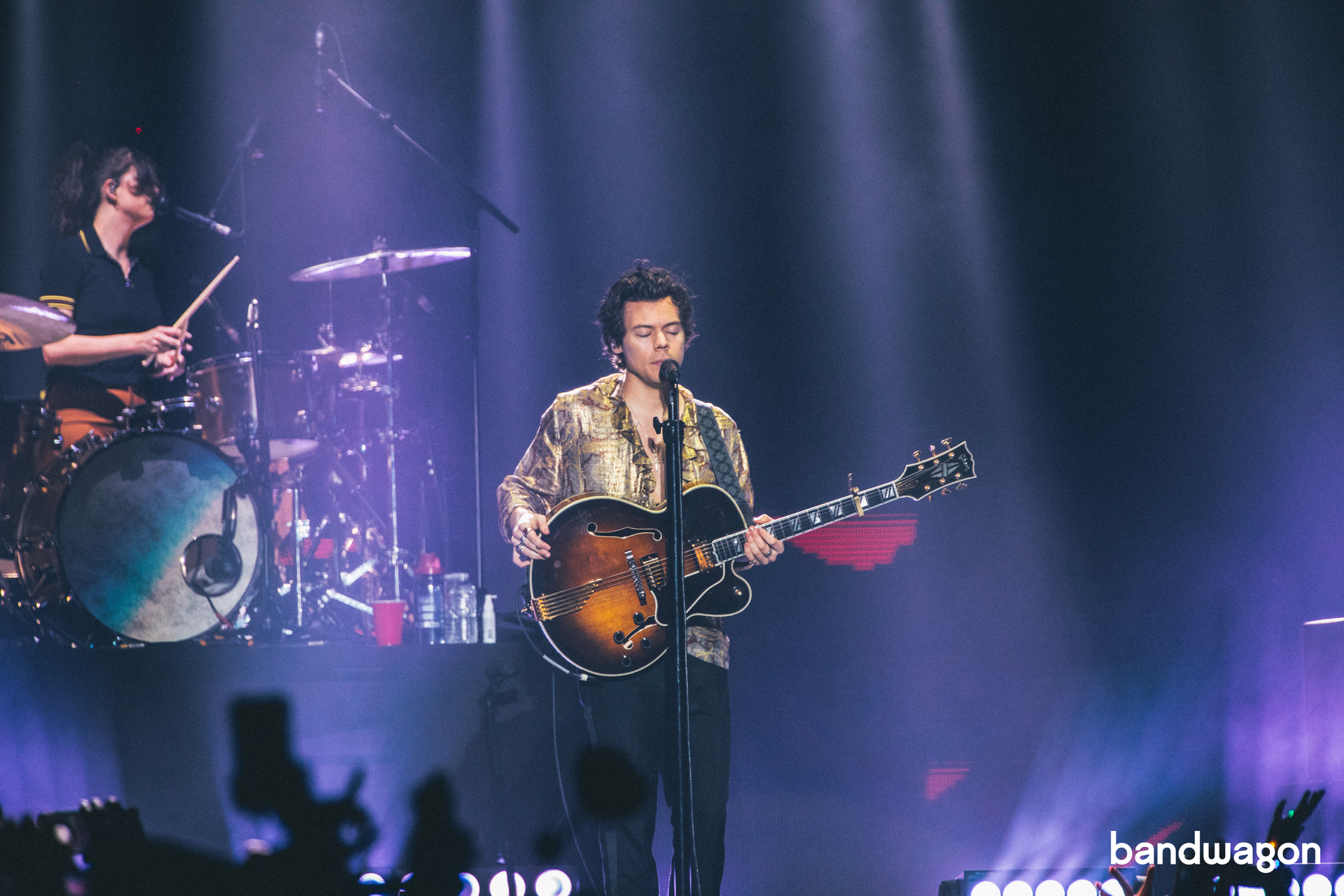 Last year's show at The Star Theatre was intimate, muted, a little more subdued — it saw a slightly awkward Styles in his first attempt at a solo singing career (in spite of the numerous years of experience with One Direction). Six months later, we got a more worn out – thanks to tight touring schedules – but far more confident performer, backed by flashing lights and vivid stage production, and clad in gold — definitely more befitting of his rock star status. 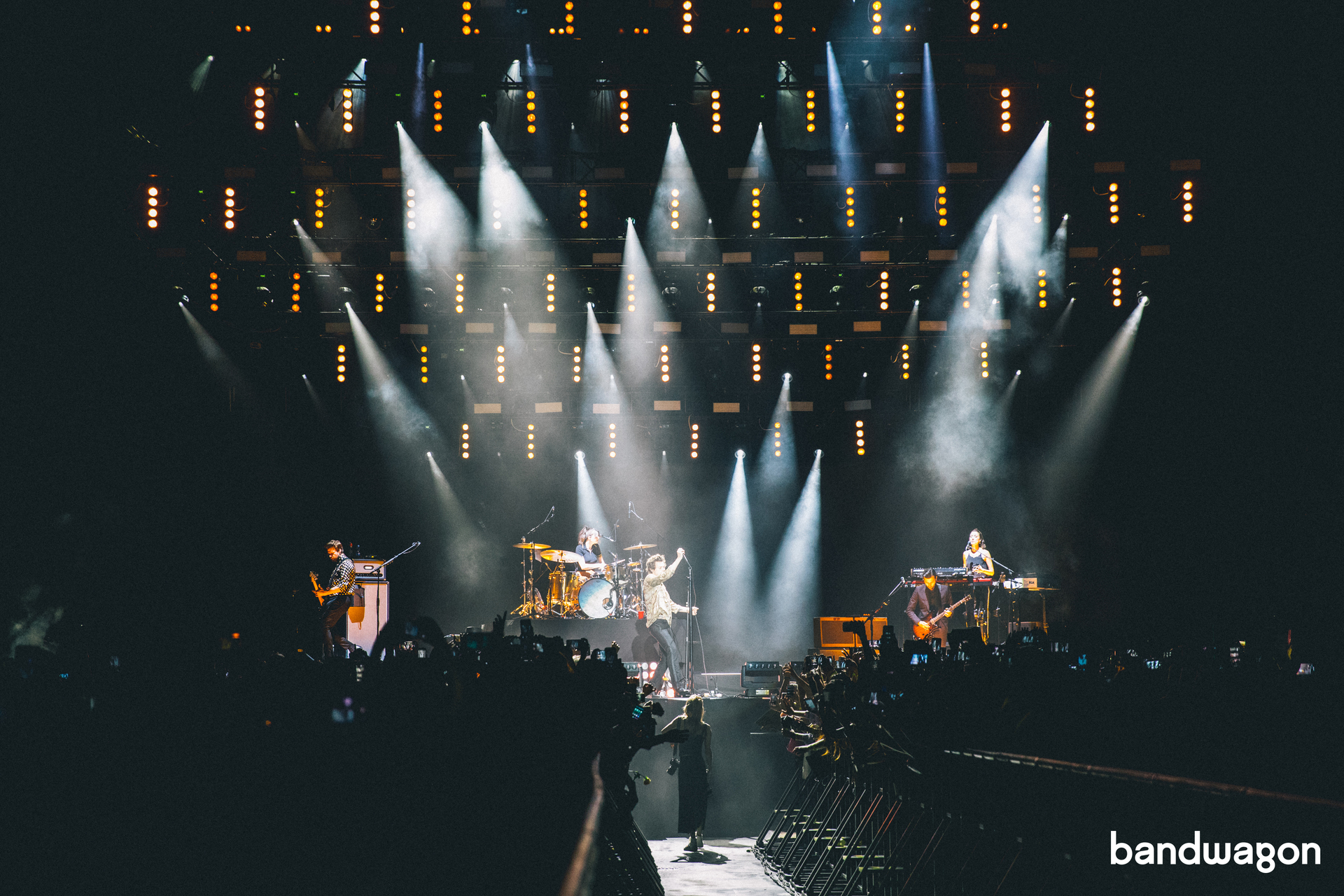