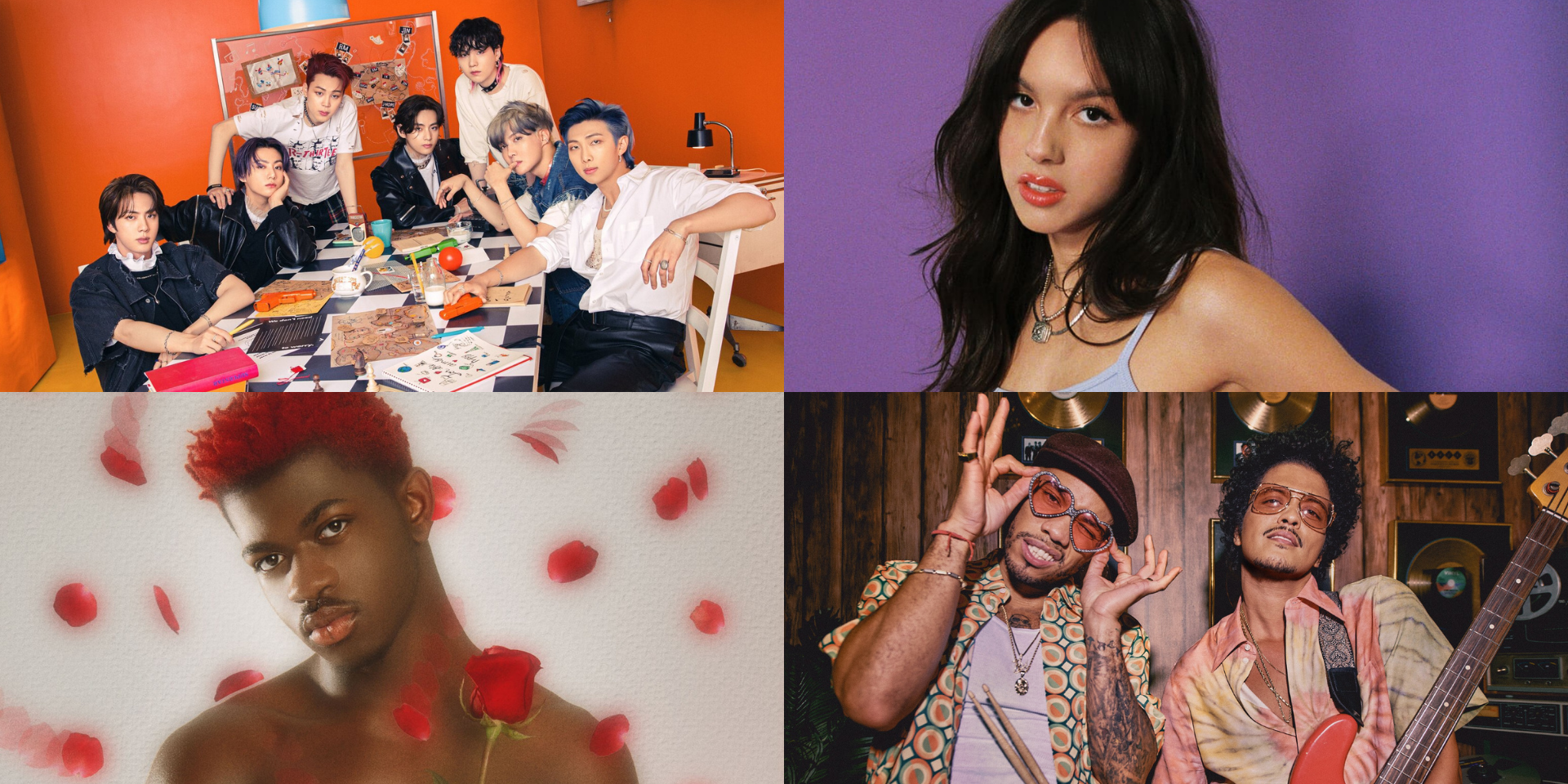 Held at the Barclays Center on 12 September, 8 PM EST (13 September, 8 AM PHT/SGT), the awards show saw a live ceremony and stunning stages performances, as well as an online livestream. The night saw stunning performances from the likes of Doja Cat – who also hosted the show, Justin Bieber, Lil Nas X, Kim Petras – who made history as the first transgender woman to perform at the VMAs, Olivia Rodrigo, Machine Gun Kelly, and more.

Welcome to the 2021 #VMAs! Get ready to witness history in the making with tonight’s host, @DojaCat! pic.twitter.com/P5B8Da8JIT

In a night of glitz, glam and good music, the 2021 VMAs also honoured and celebrated a variety of talented acts, from K-pop stars to pop icons.

Leading the pack is Olivia Rodrigo who took home three awards.  Her viral hit 'drivers license' earned her this year's the Song Of The Year and Push Performance Of The Year awards. The breakout star also won Best New Artist beating the likes of Polo G, The Kid LAROI, and Giveon.

"I just feel so grateful that I get to write music and make stuff that I love."

Also taking home three awards is Lil Nas X, bagging the Video Of The Year award, Best Direction, and Best Visual Effects for 'Montero (Call Me By Your Name)'.

CALL HIM #VMA VIDEO OF THE YEAR WINNER…. @LilNasX!!!! pic.twitter.com/suVnwoWOiS

Congrats to @BTS_twt for winning Best K-Pop at the 2021 #VMAs! ✨ pic.twitter.com/CiP1nfmsAP

Justin Bieber, who was up for six awards, walked away with Artist Of The Year, Best Pop for 'Peaches' which featured Daniel Caesar and Giveon.

Congrats to @JustinBieber for winning Artist Of The Year at the 2021 #VMAs! pic.twitter.com/taTycEqyNJ

Bruno Mars and Anderson .Paak's duo Silk Sonic also won at the year's ceremony with their 'Leave The Door Open', which earned the pair Best R&B and Best Editing.

The Foo Fighters also made history at this year's VMAs, being honoured with the first-ever Global Icon Award.

Artist Of The Year: Justin Bieber

Group Of The Year: BTS

Song Of The Summer: BTS - 'Butter'