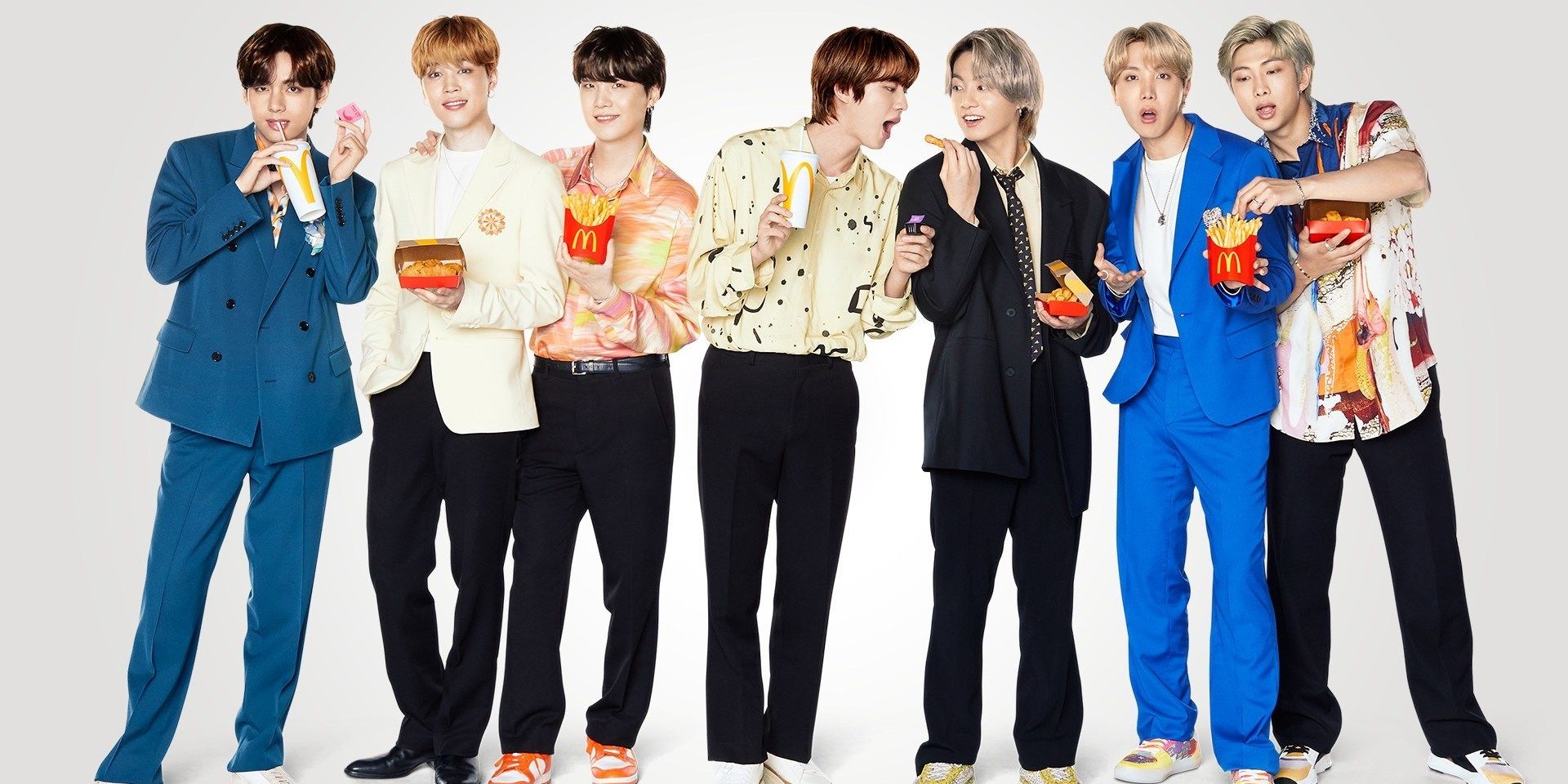 The BTS meal will be arriving in Singapore in just a few days’ time!

Slated to arrive on 21 June (11AM SGT), McDonald’s Singapore has revealed that the BTS meal will only be available via delivery in order to avoid unnecessary rushing and crowds. This means that the meal cannot be purchased in-store or drive-thru, unlike some outlets in other parts of the globe.

ARMY (fans of BTS) can place an order for the BTS meal through any of these three online platforms: McDelivery, GrabFood, or Foodpanda. According to McDonald’s Singapore, the meal will be priced at S$8.90—10% off the usual delivery price—in order to “sweeten the experience” for customers. Each order will be limited to 10 meals maximum.

This latest announcement comes after the initial postponement of the meal, which was originally scheduled to arrive on 27 May. It was pushed back for more than three weeks in view of tightened COVID-19 restrictions here.

The BTS POP-UP: SPACE OF BTS arrives in Singapore — here's all you need to know

The launch of the BTS meal in neighbouring countries was followed by disruptions and even mayhem at some outlets. McDonald’s Indonesia had to shut down its stores early due to overwhelming demand and overcrowding on the first day of release. Malaysia, the first Asian country to receive the meal on 26 May, also reported long queues at outlets and crashes on the McDonald’s app.

At the same time, Indonesian and Malaysian ARMY have also stepped up to support food delivery personnel and McDonald’s staff in this hectic period. Singaporean fans are also following suit, and some have established campaigns to sponsor BTS meals for healthcare frontliners and migrant workers. As of press time, over 400 meals have been donated.

The organisations of the beneficiaries have been informed of your sponsorship and are looking forward to the Meals.

We will accept donations for only 8 more Meals, by today.
Thank you, ARMY! 💜#SGARMYcares#BTS8thAnniversary#BTSARMY pic.twitter.com/IhLL3pwqgA

Updated our form with the actual price of McD BTS meal and here's the latest no. of meals we've raised so far. With just 6 days left, we will try our best to hit our goal. We can do this SG ARMYs! Lets spread positivity & show appreciation & kindness to everyone who matters 💜 pic.twitter.com/GQngkUJn3F

Beyond the BTS meal, McDonald’s has also teamed up with the ‘Butter’ hitmakers for several merch collections. The first drop featured photocards alongside apparel and accessories with the official BTS x McDonald’s logo.

On the other hand, the second drop came with the “Saucy” and “Melting” collections, which includes hand-drawn illustrations from the pop giants themselves and a tie-in with ‘Butter’. You can purchase them from the Weverse shop here.

the art the artists
👇 👇 pic.twitter.com/oFmrz2vOtz

Download the McDelivery app on Apple Store or Google Play.