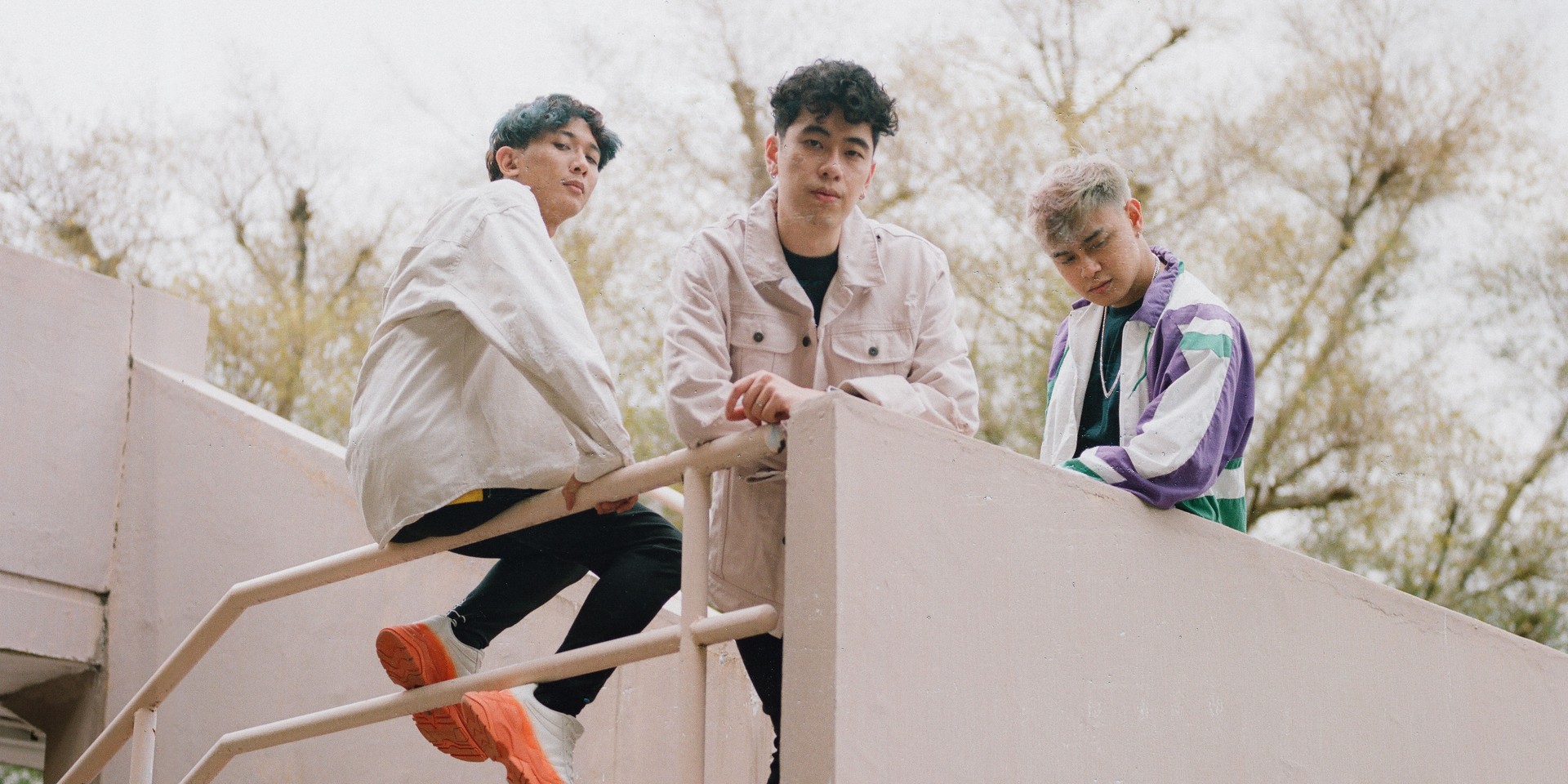 It was not “bye” or “ttyl”, but it was the abbreviation “brb” that had a particular chime to it.

Giving the impression of a temporal goodbye, the commonly used SMS slang “brb” (be right back) stuck with the trio, who are now living their dreams of making music as a band. Meet Clarence Liew, Auzaie Zie, and Marc Lian - three individuals who are no strangers to Singapore's cosy music scene. After debuting as brb. with 'Cool With It' in 2018, the groovy hit marked the start of their countless endeavors to come. 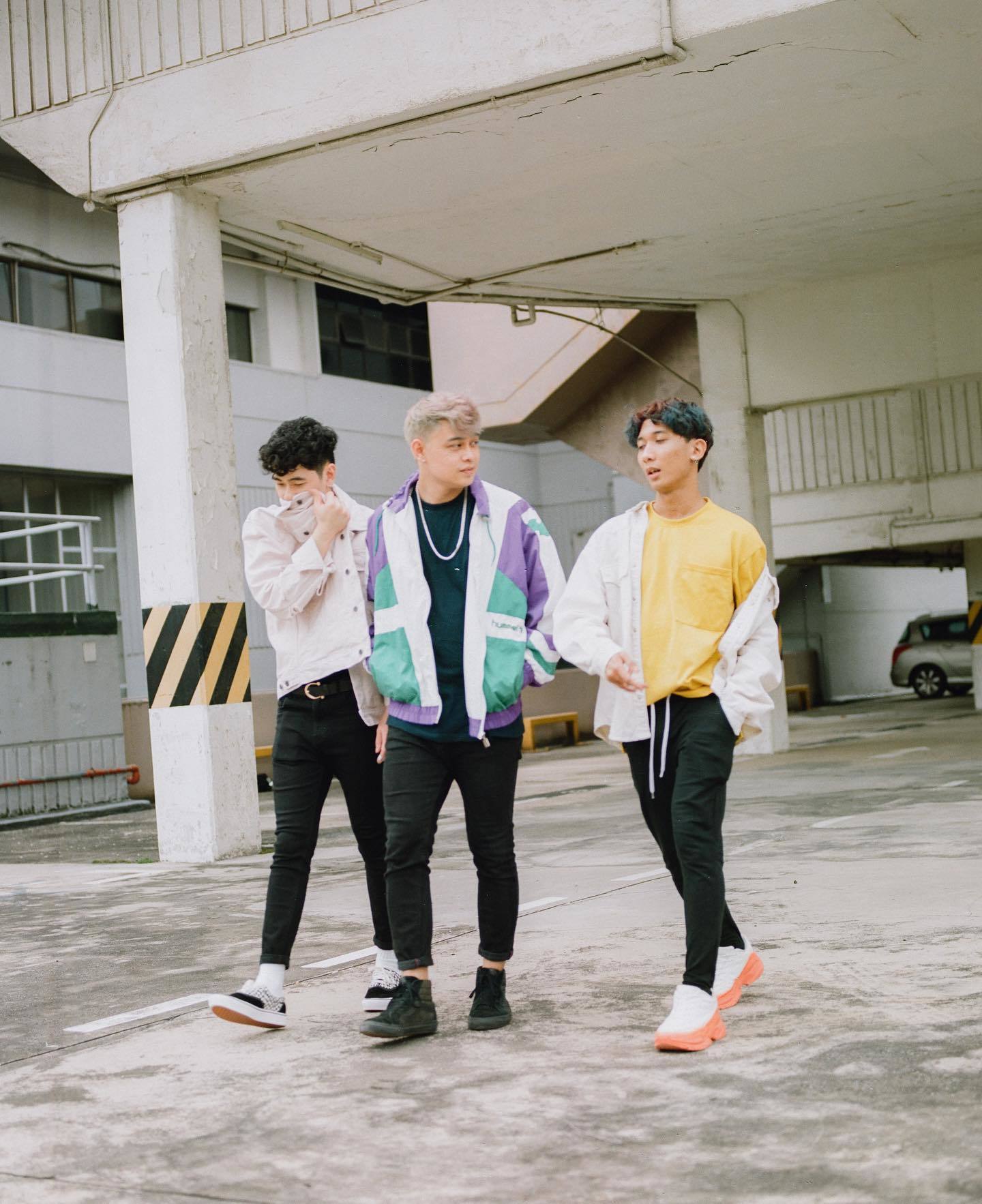 By capturing moods, feelings, and all things relatable, brb. not only strive to write catchy love songs. They often bend the sonic worlds of electronic, R&B, and funk to create their unique soundscape, seen in their debut album relationsh*t, which speaks of modern love devoid of cliche.

"I think ultimately we want listeners to relate to the stories we write. They’re usually inspired by real-life experiences, not always personal ones, but also from the people around us," said Zie.

Having performed at international music conventions such as Taiwan's LUCfest and Thailand's The Music City in 2019 as well as sharing the stage with AmPm in Japan, brb.'s songs have transcended language barriers and found their place in the hearts of regional fans.

Bandwagon caught up with the trio on their journey thus far, favourite tracks from relationsh*t, and their new single ‘my type’.

Tell us about how you started making music as individuals and how the band came about.

Zie: For me, it started back in school. I was part of a symphonic band and I actually played drums! (laughs) I actively pursued it in polytechnic and joined a music diploma. Then, I formed a band called Disco Hue and that pretty much made me meet these guys along the way. The industry's pretty small here if you think about it!

Marc: I started learning the guitar in my teens because I was into punk rock, then got sidetracked by hip-hop. I’ve always had an interest in songwriting and making music with a computer. I had met the guys through mutual friends in the scene for a while already. It’s crazy to think we started as a passion project but it quickly became much more after we had finished a couple of songs.

Clarence: I started as a rhythm guitarist back in school and only discovered my voice when I had to stand in for a vocalist that backed out of a talent show in school. It was only a few years later that mustered the courage to put music up onto YouTube, which led to me meeting Zie and Marc and eventually brb.

How would you describe the music that you create and what do you hope to impart to listeners with your music?

Zie: I think ultimately, we want listeners to relate to the stories we write. They’re usually inspired by real-life experiences, not always personal ones but also from the people around us.

Tell us about the debut hit ‘cool with it’ and it’s significance to the band.

Zie: I think this one's particularly significant for me because it was the first song I've worked on with these two after they showed me ‘talking to myself’, which they had recorded prior to me joining the band. It was awkward at first, but somehow felt like I was long-time friends with them, you know?

Clarence: It was the song that defined our identity as brb. Prior to that, we were just messing around in the studio with no real plans.

What inspired your debut album relationsh*t and what is each member’s personal favourite from the album?

Zie: My personal favorite has to be ‘talking to myself’. That song was the elevator pitch for me to join the band. (laughs) All of the singles we released had a particular theme so it was about time to compile them and put a name to it. If you think about it, they coincidentally tell a similar story.

Marc: Yeah, it’s a collection of songs about being in and out of a relationship, we sing about the good and the bad. My personal favorite is ‘undone’.

Clarence: It has gotta be ‘whoops’ for me. It was the song that really took me out of my shell. You can't just stand still and sing ‘whoops’. When we first performed ‘whoops’, I couldn’t help but abandon my insecurities and just groove with it.

Tell us about the new single ‘my type’ and what’s special about it.

Clarence: ‘my type’ navigates the feelings that come with loving someone wholeheartedly. This song is about understanding demons and being present throughout the journey of getting closer. It's also our first step into a new sound.

Having performed in a couple of shows abroad, tell us about any memorable encounters with international fans.

Clarence: Japan! First of all, the ramen....but man, it was the first time I saw people dancing to our music without a care in the world of how they looked, they just listened to their body and moved. It was a very special moment for me.

EP coming real soon and we're wondering what to call it 🤔 any suggestions?

Zie: Thailand! Oh, my word. We posted one particular Instagram story of the local crowd singing to ‘cool with it’ which was a clear indication of how music transcends language. I think all of us at that moment, unanimously stopped singing just to hear the crowd sing it back to us and it was magical.

Marc: Yeah, Bangkok was great, to see our fans come out to the shows was amazing. We got to meet some of them and listen to their stories about how they chanced upon our music.

Woke up today to realise it ain't BKK no mo 😢⁣ Just wanna thank @bangkokmusiccity for having us and for the amazing ppl and food! ⁣ ⁣ TAKE US BACK! 😫

Being a relatively new band in Singapore’s music scene, tell us about how the local music community is like.

Zie: Well I wouldn't say we're new individually. But the community has been really supportive since day 1. In fact, everyone we knew got excited that the 3 of us were starting something new.

Share with us which parts of the world your listeners are from and how would you position yourselves locally?

Clarence: We've been getting listeners from places we never imagined our music could reach. Thailand, Japan, and Singapore are on the top of the list for sure but we were surprised when we heard from fans in Korea, Canada, and the United States. 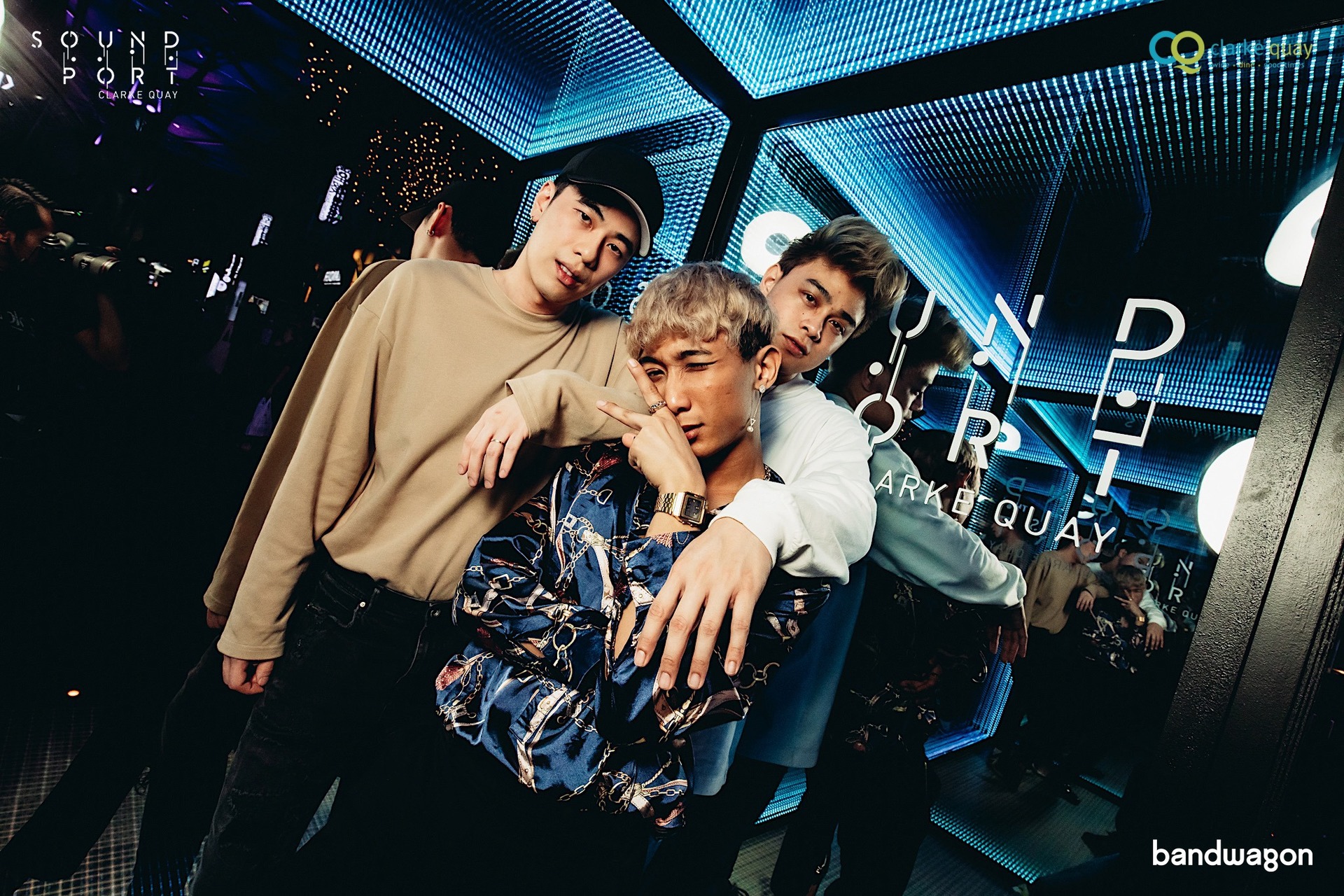 Who are some of your musical inspirations both locally and internationally?

Zie: I really love YAØ and MYRNE. As for international acts, I've been a huge fan of acts like PRETTYMUCH, Majid Jordan, and Zayn.

What are some upcoming plans that we can look forward to?

Marc: A lot more music is coming, probably a new album next year. We’re constantly experimenting with new sounds and having fun with the process.