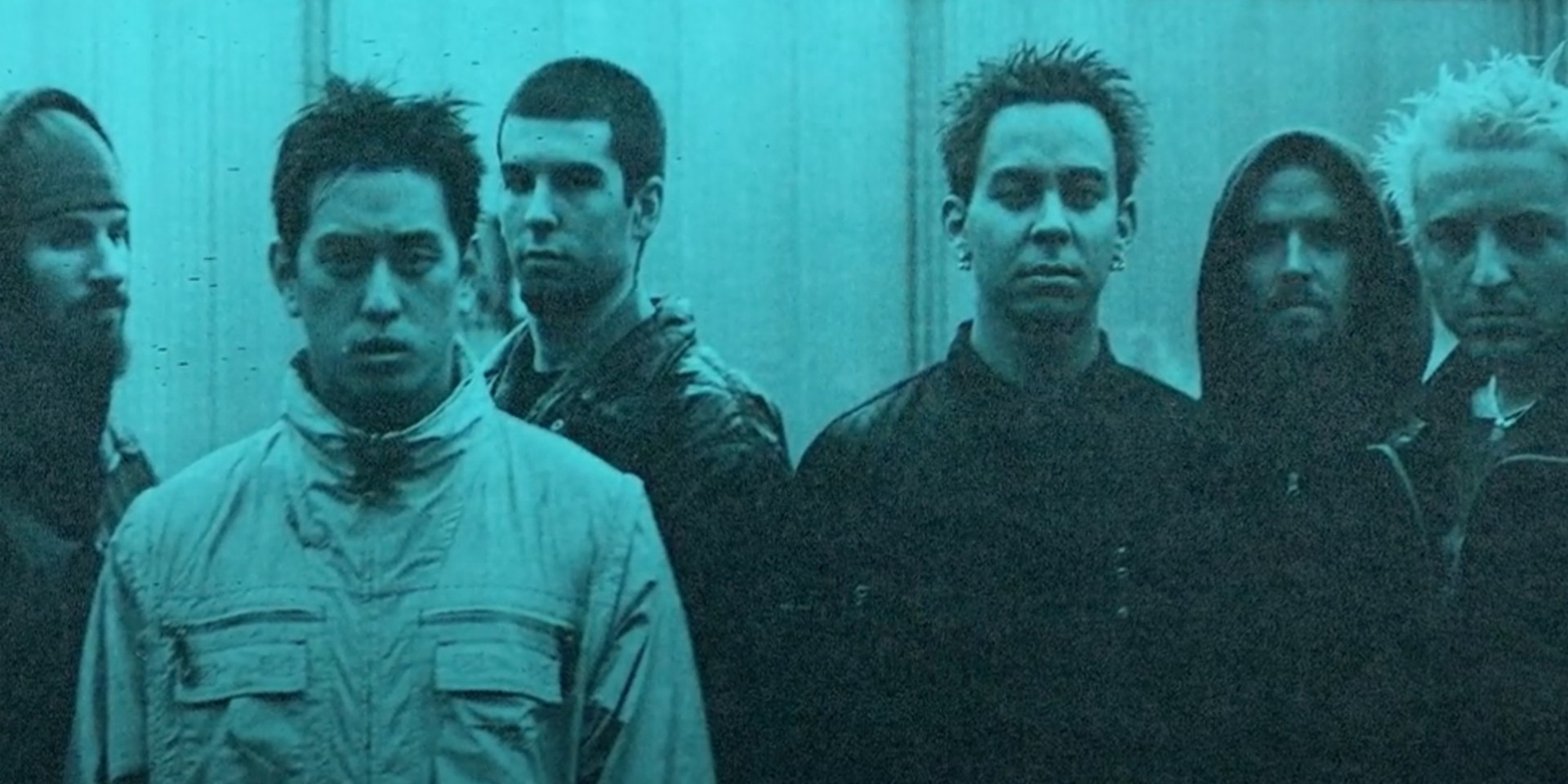 Linkin Park are one step closer to delivering the ultimate tribute to their iconic debut album Hybrid Theory.

UPDATE (10/05): In an announcement over the weekend, Linkin Park revealed that they will be hosting a special event in  celebration of the 20th anniversary of Hybrid Theory this October 9 (Friday) 9 a.m. PDT or October 10 (Saturday) at 12 midnight PHT/SGT, with a rebroadcast on October 9 at 9 p.m. PDT or October 10 at 12 noon PHT/SGT.

Q&A WITH LINKIN PARK + PROJEKT REVOLUTION 2002 - join us for a special Q&A + the premiere of a never before seen Linkin Park performance from Projekt Revolution 2002.

Grab your tickets & exclusive bundles at https://t.co/cdgEajNHiw for the world premiere on October 9th @ 9am PDT pic.twitter.com/MsCZ900c65

Mike Shinoda, Joseph Hahn, Brad Delson, Rob Bourdon, and Phoenix are scheduled to get together for their first group interview since 2017 to answer fan-submitted questions. Following the Q&A, they'll be streaming Linkin Park's never-before-seen Las Vegas performance from the Projekt Revolution 2002 tour.

Fans may submit questions on Twitter by using the hashtag #HT20.

The setlist from the Projekt Revolution concert includes Hybrid Theory classics, plus 'My December,' a cover of Deftones' 'My Own Summer,' and special guest appearances.

Early Bird tickets and bundles are availble now for $15 USD to $65 USD at their official website. A portion of the proceeds benefit CREW NATION and NIVA.

Stream the demo of Linkin Park's 'In The End' below.

Stream the 20th Anniversary edition of Hybrid Theory, which includes 80 tracks from the era below.

On Friday (08/14), the American nu metal act announced they will be releasing a reissue of Hybrid Theory this October 9 (Friday) in digital and physical formats, along with a limited edition super deluxe box set, a vinyl box set, and deluxe CD packed with B-Side Rarities and never before seen footage and material.

It's incredible to think it's been 20 years since Hybrid Theory was released. All gratitude to our fans who made this epic journey we started 20 years ago possible. We dedicate our music to you. We rededicate our Hybrid Theory to you. #HybridTheory20 - LPhttps://t.co/sNnT4zRUsM pic.twitter.com/zKURA5I9D5

They also dropped one of their earlier demos, 'She Couldn't' on streaming platforms. In an Instagram post, Mike Shinoda, explains the track was what set the groundwork for their later evolution.

"The softly-sung 'you’re not alone' refrain reminded me that, although we debuted with a song screaming 'shut up,' what most fans came to find out was that empathy and community were just as integral a part of LP’s DNA from the very beginning," Shinoda writes.

“She Couldn’t” is one of the earliest demos we made when Chester joined the band. Two things stand out about the song, to me: 1.) The programmed beat and focus on synth sounds and vocal loops (rather than heavy guitars) foreshadowed a future of the band many years after Hybrid Theory. In searching for our “first sound,” we set the groundwork for our later evolution. 2.) The softly-sung “you’re not alone” refrain reminded me that, although we debuted with a song screaming “shut up,” what most fans came to find out was that empathy and community were just as integral a part of LP’s DNA from the very beginning. Sincerely, thank you for the excitement about the #hybridtheory20 package. We’re so grateful to have had you with us all these years. 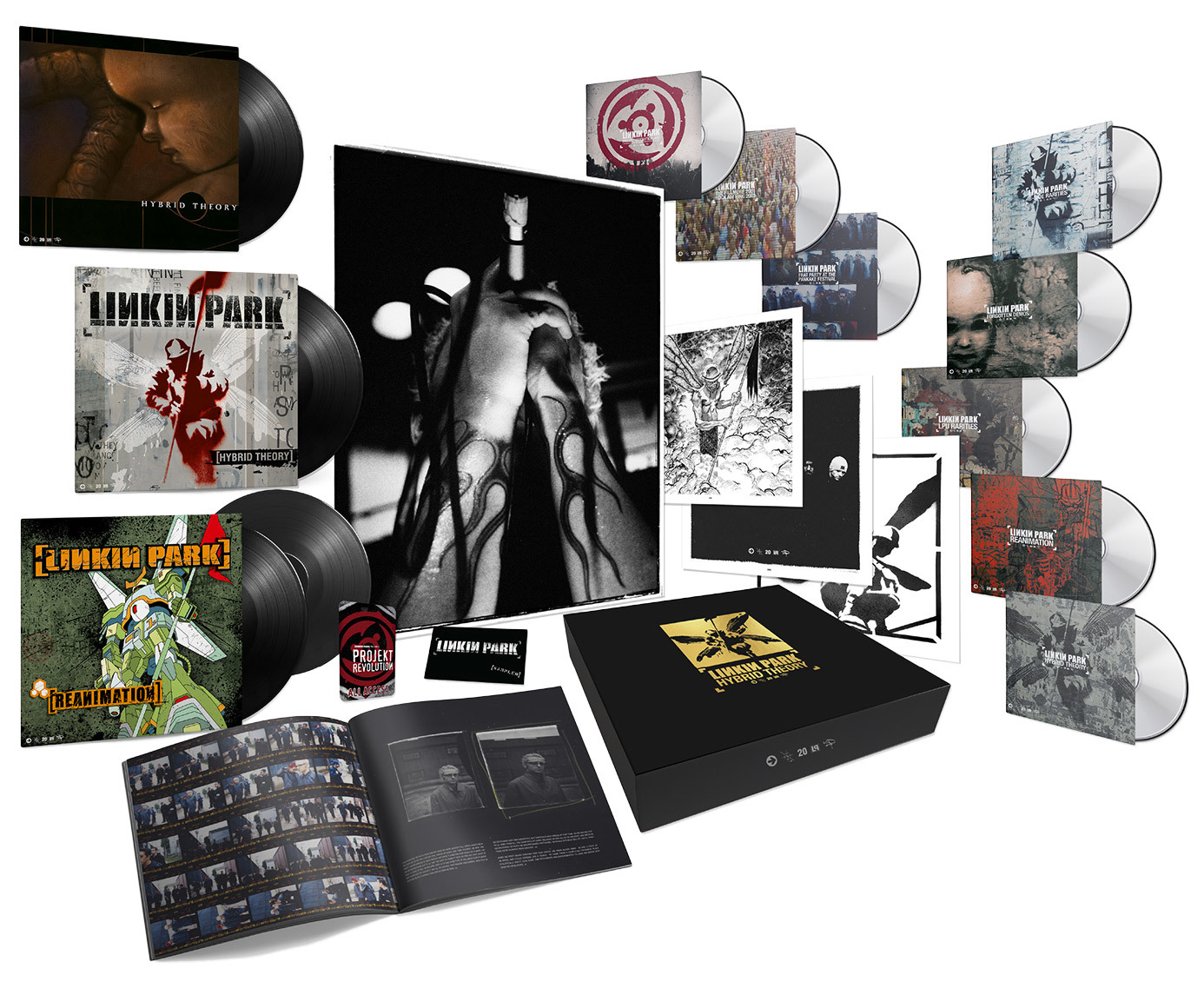 It comes with 5 CDs, including Hybrid Theory, the remix album Reanimation, B-Side Rarities, LP Underground Rarities, and Forgotten Demos, along with 3 DVDs of concert and behind-the-scenes footage (Frat Party at the Pankake Festival, Projekt Revolution, The Fillmore 2001/Rock Am Ring 2001), 3 vinyl records, a cassette reproduction of their original 2-track street team sampler, a photo book, poster of Chester Bennington, 3 lithos of new art by Joseph Hahn, Mike Shinoda, and Frank Maddocks, a replica tour laminate, and download card for all audio in the box.

Check out 'She Couldn't' below.