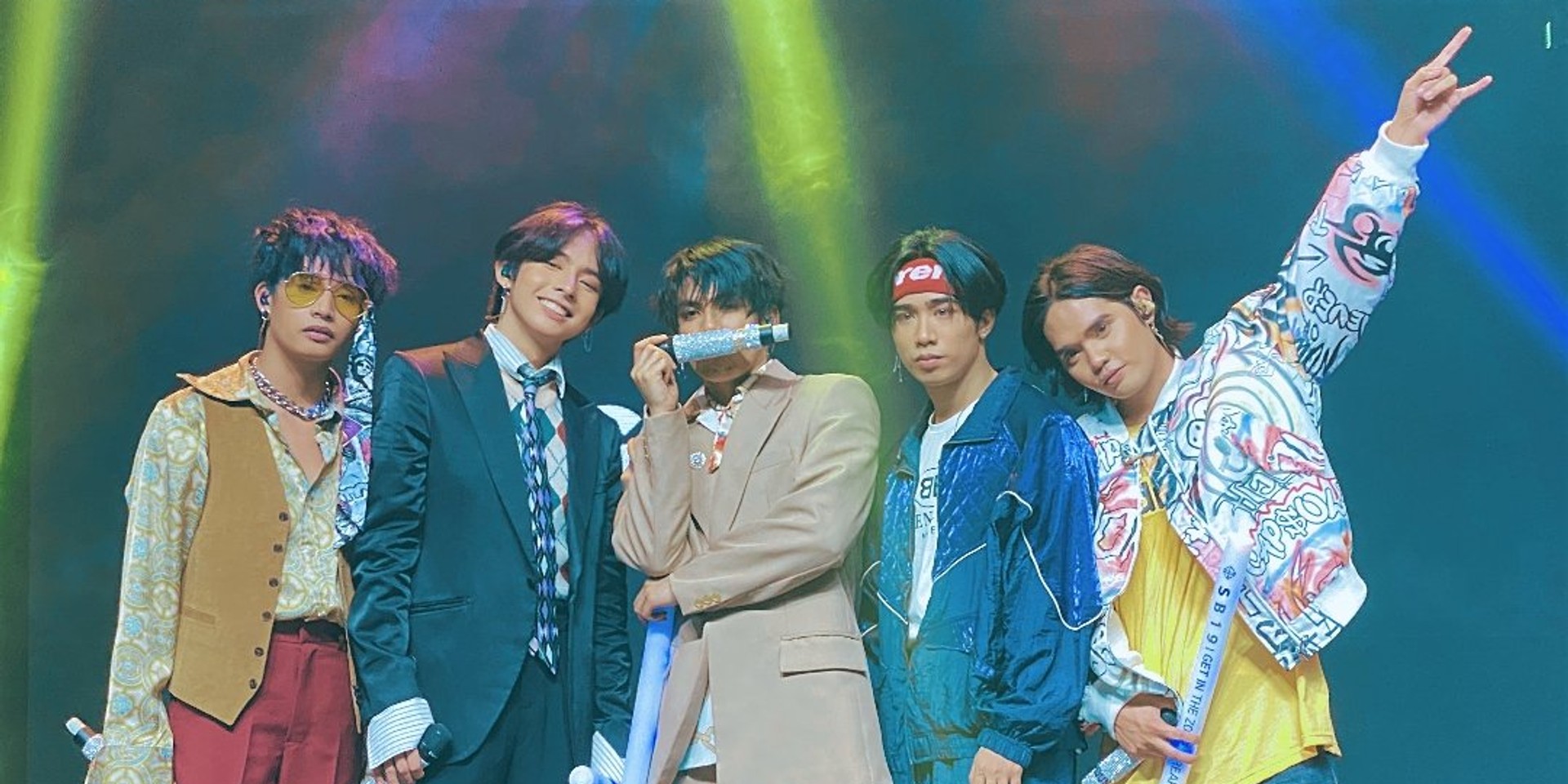 In a press conference days before their online concert, SB19 teased that fans would be seeing "another side of SB19" in an "explosive" and "emotional" showcase of skill, talent, and energy. And, lo and behold, that's exactly what they delivered.

Joining the likes of international artists like BTS, Joji, and Billie Eilish, the Filipino pop group held their first-ever virtual show SB19xGlobalLive last weekend. Serving as their first concert since their nationwide tour was put on halt by the pandemic, SB19 did not hold back in giving their fans a memorable performance. 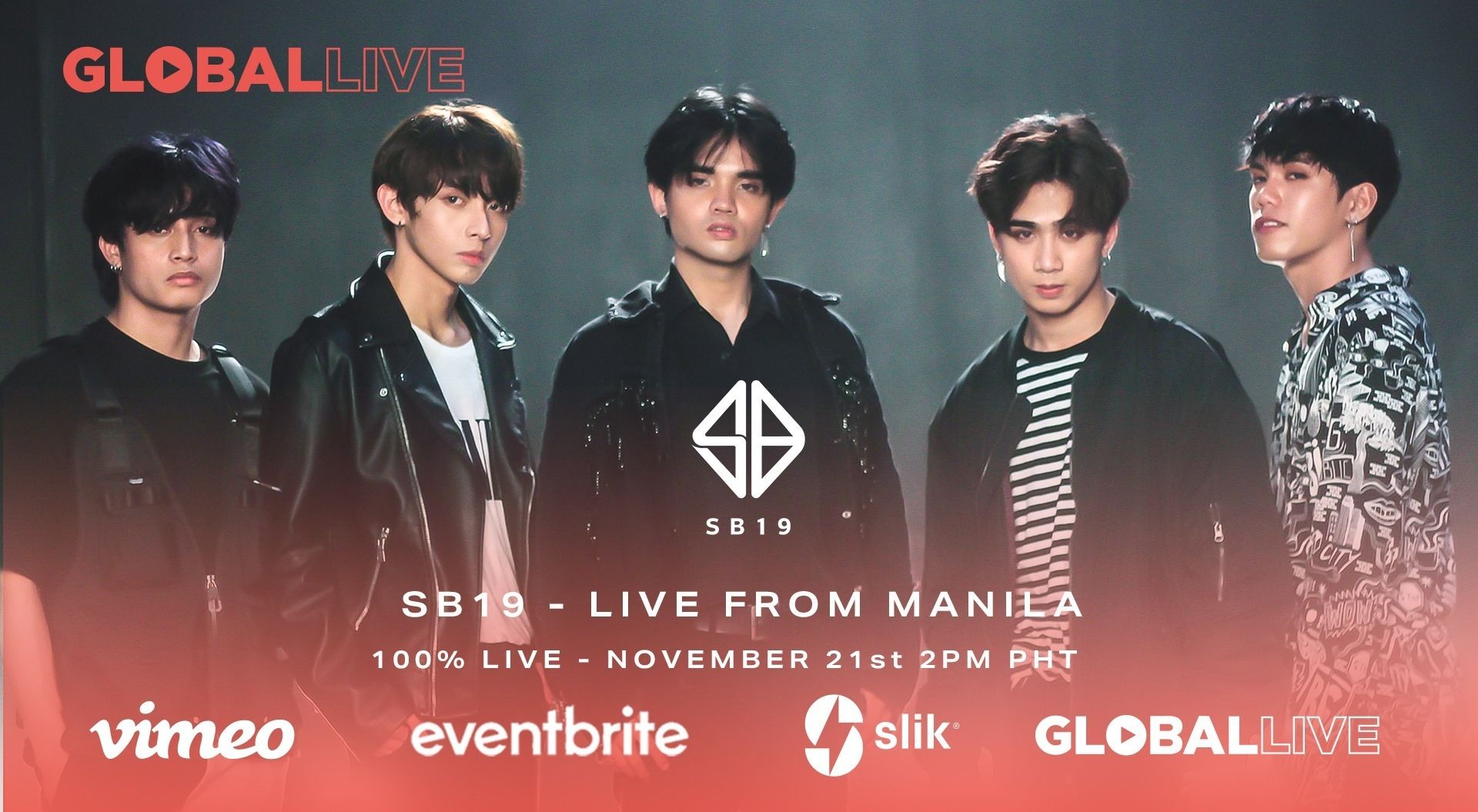 Decked in black and sliver suits, SB19 opens the show with a powerful dance number that seamlessly segues into their edgy, rap-heavy track 'Love Goes', beginning their online concert with an infectious energy that transcends through the screen.

Welcoming A'TIN from all around the globe, the group immediately slowed things down with a heartfelt and intimate performance of 'Hanggang sa Huli', where they impress with their vocals and harmonies, both interlaced with raw emotions. Not wanting to bring the mood down for too long, the group continued their strong opening with a fan-favourite track 'Go Up', which featured a dance break that left everyone in awe.

Making room for SB19's aplenty costume changes - four to be exact, the concert was segmented by behind-the-scenes footage and short interviews with the members. In one segment, it shows SB19 practicing for their performance of 'Alab' and talking about giving their best efforts, regardless of the absence of a live physical audience.

While the entire concert was noteworthy and worth rewatching, their sub-unit performances left fans absolutely speechless.

Sejun and Ken wowed A'TIN with an unexpected performance of 'Akala', an unreleased, hip-hop track produced and composed by Sejun and his brother, Josue. Setting the stage aflame with their jaw-dropping rap skills, the two delivered an unforgettable performance that definitely struck the hearts of fans.

Josh, Justin, and Stell, on the other hand, performed a cover of Bamboo's classic hit, 'Hallelujah'. While Josh has shown his rapping skills in a number of SB19's tracks, Justin and Stell are mainly known for being the vocalists of the group so when they took on the Filipino rock track with such ease and prowess, fans were certainly pleasantly taken aback. Tackling a genre outside of their own, the three showcased exactly why the group, as a whole, has often been described as "all-around performers".

Other notable numbers were their cover of Bruno Mars' 'Finesse', where they donned retro-inspired attire and added a Tagalog rap verse to the track, their skit-performance for their Pepsi advert song 'Sundin Ang Puso', and their earnest 'Ikako' number, which they dedicated to frontliners.

Before the concert ended, A'TIN had some suprises up their sleeves for the P-pop act. Unbeknownst to the boys, their fans from all across the world sent in video messages expressing their love and appreciation for SB19. Hearts full and eyes welling with tears, SB19 couldn't help but share how grateful they are for their fans and each other, especially after a turbulent road preparing for their online concert.

you came at the perfect time. through the five of you, we found our home. we found a reason to keep fighting. you made our lives worth living. we are forever grateful, boys. mahal na mahal namin kayo. @SB19Official #SB19onGlobalLive pic.twitter.com/lWbYnb4D1F

All in all, SB19 gave an all-out concert that deems them ready for a bigger stage. Tackling a number of genres and styles, the boys showed their range and capabilities as performers. The group has been well-described as the "Kings of P-Pop", and their first-ever online concert proved exactly why.

Relive SB19's online concert by listening to their debut album Get In The Zone below: