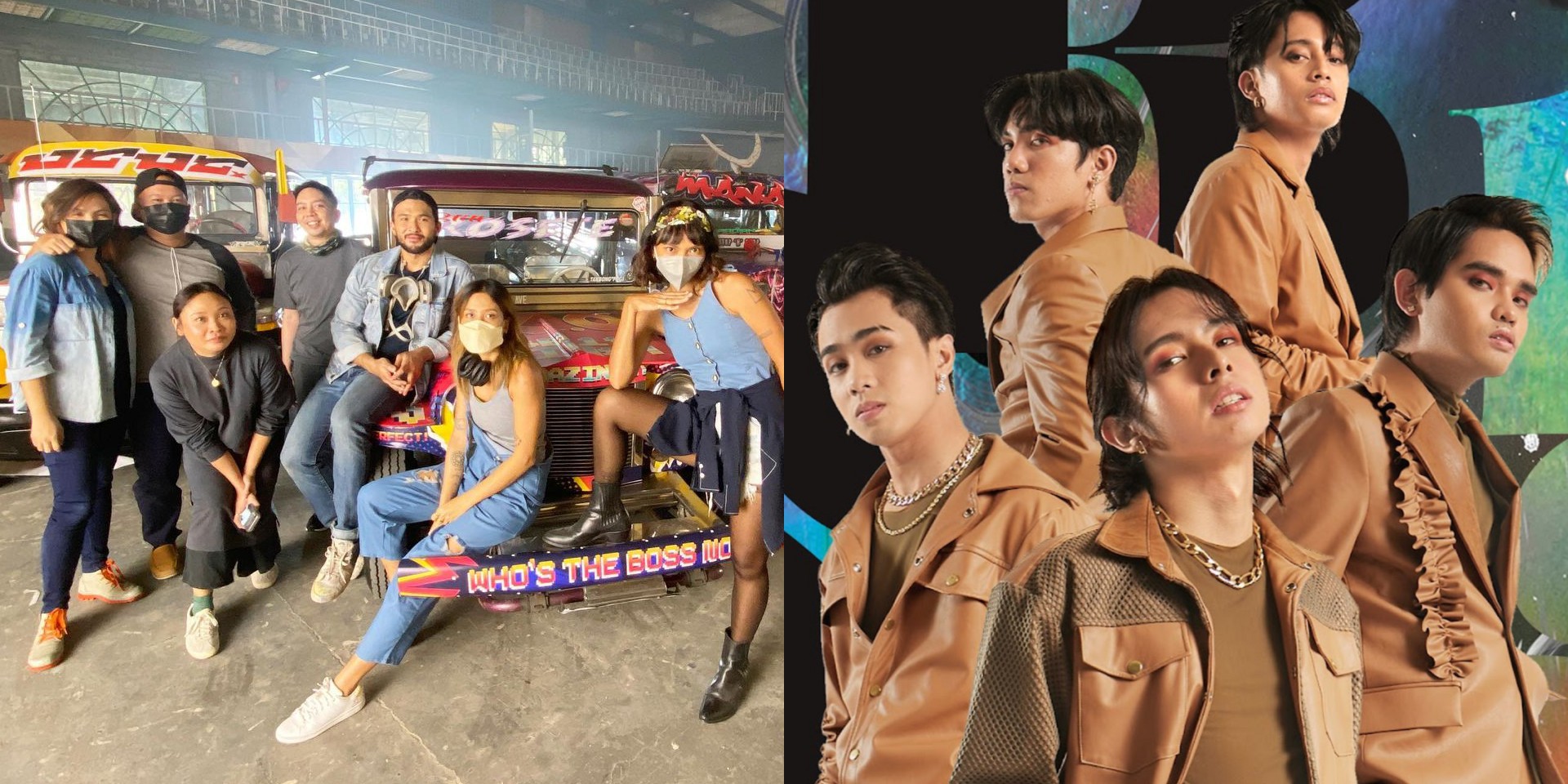 Through precise brush strokes and bursts of spray paint, stories off of Pagsibol are told in a different way with a unique perspective.

According to Spotify's Head of Asia, Kossy Ng, the members of SB19 had one-on-one meetings with each artists and found common ground with each other to come up with the perfect visual interpretation of the Pagsibol tracks. The artists all were given free reign in terms of designing the jeepneys and nothing was really off the table.

SB19 announce replay of BACK IN THE ZONE this August

"It was a good thing that we got to interview Ken and got more information on the song 'Mana' and their inspiration on its creation," illustrator and graphic designer Nelz Yumul shares with Bandwagon. "Ken was also into anime and I am into comics, so it was fate that I got to mesh these fun elements together."

He adds, "I imagine the graphics that I made as if they are animated and play that little story I had in my head as I listen to it."

To create the overall look of the 'Ikako' jeepney, multidisciplinary visual artist Anina Rubio read the lyrics and listened to the track over and over again. "Justin also gave insights on elements that he deemed important to be part of the illustrations, so I worked around with those as well," she says.

Anina also mentions how 'Ikako' resonated with her in terms of surviving the ongoing global crisis."On some days I feel hopeless and frustrated, but the song really reminds me to be grateful, and that I am not alone in this situation. Whatever it is that we are going through, we can fight our way out of this together. 'Babangon tayo. Padayon!'"

A post shared by A n i n a (@aninarubio)

Materializing 'Bazinga', SB19's clapback to their doubters, allowed Jappy Agoncillo to display the song's energy and playful lyrics through comic-style aesthetics. "I wanted the piece to be colorful, with nostalgic or comic elements that would make you go 'Oh hey look at that!'," he tells Bandwagon.

"I’m a bit biased to 'Bazinga', as I feel that the song and their kind of idea for the visuals fit my style very well," Jappy adds. "But I also really like this message of 'You doubted us but instead of killing us, that’s made us stronger.'"

June Digan reveals that the timeline for painting the jeepneys was quite tight, but at the same time, she was able to get creative on how to adjust her work for 'SLMT' to a different kind of canvas.

"I wanted to capture the chill vibe of the song and how the people would visualize it while listening to it," she says. "For me, it's like a love letter to A'TINs, and it's like something you would play during summer, so I went to the intimate campfire concept."

Ang Gerilya, the artist behind the 'WHAT?' jeepney, drew inspiration from the lyrics and beats of the track to visualize how the song made her feel.

"We enjoyed the opportunity of being able to collaborate with a band or a group of musicians. To be able to translate SB19’s music into art. For our art to be a channel for their stories, dreams, and aspirations—that’s special."

SB19's ode to their parents 'MAPA' was materialized through delicate brush strokes by Soleil Ignacio, who gave the artwork a warm embrace. "I added very personal elements that reflect Stell’s relationship with his parents," she says.

While all six jeepneys are out to inject color to the streets of Metro Manila and accompany frontliners and essential workers in the fight against the ongoing pandemic, it's important to stay safe and healthy. Fans may virtually see the Pagsibol jeepneys through Spotify's SB19 A'TIN 'To! campaign, which gives listeners access to exclusive SB19 video clips on the Tatak Pinoy playlist.

SB19 are scheduled to debut the tracks off Pagsibol live at their upcoming digital concert BACK IN THE ZONE, happening this August 1, 2021 (Sunday). Get your tickets here.