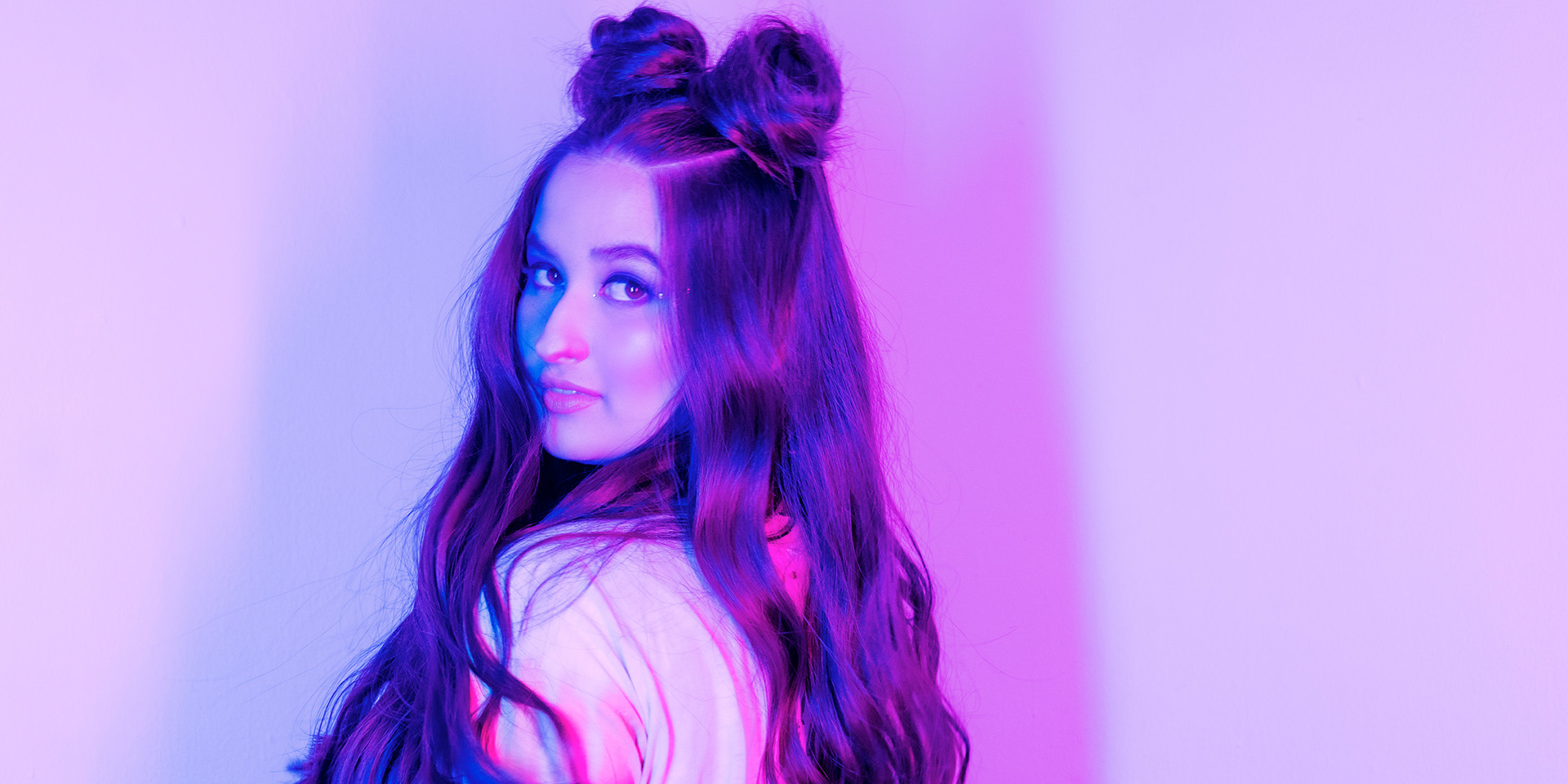 It's tough for an extrovert to be trapped indoors. But thanks to platforms like Twitch, life becomes a little bit easier to deal with.

Stephanie Poetri is one of those extroverts. Besides spending her days and nights working on music, the Indonesian-American singer-songwriter behind 'I Love You 3000' tackles the splines of the streaming world and finds refuge on Twitch with fellow online gamers. These days, she even holds a segment called Writing a Song with Chat where she tag-teams with people from all around the world to candidly write songs together online.

Bandwagon caught up with Stephanie Poetri to talk about her life on Twitch, her favorite streamers, how well Jackson Wang would do if he had his own channel, and more.

Who are your favourite Twitch streamers right now?

I'm really into some music streamers. Like I really like Irenealing. Her guitar skills are so good. And I also just like watching some newer streamers. I think the one that I always find myself watching as I go to bed is Tinakitten. But she's very cute.

If you could pick anyone to do a stream with who would it be and why?

Oh my gosh, there's this—I don't know if she calls herself as a YouTuber but her name is CodeMiko. She a virtual character. It just it looks so cool. And maybe one day she'll find me interesting enough too

What about Jackson Wang?

I genuinely think Jackson would do so well on Twitch. Because his personality is just, like, very out there. And I saw his bandmate, Mark Tuan, just started a YouTube channel, so I was like "Maybe Jackson can start a stream too, I don't know."

If you could do a Twitch segment with Jackson, sometime in the future, what would it be and why?

You have been playing Apex Legends on Twitch. Tell me more about the game. How did you get into it? And what do you like about it?

I was supposed to play a couple games with Jae and two of his friends. And they're like, "You play Apex?" And I was like, "I can" and then I went on it. Now I'm actually obsessed. Like, every single day I play it, even if it's just one game.

Okay, for someone who's used to games that are longer paced, it was just so nice. Even if I lose I just laugh it off. So I really like it and my heart is still thriving. I'm not in pain when I lose.

Oh, gosh, I feel like people are getting bored, but I actually am very obsessed with Minecraft and I just started playing modded Minecraft.

I also got in, like the Rust server, where like, a bunch of streamers are in right now. But it's a lot. It's, it's just a little too intense for me. Maybe next time, I'll join it. But it is a lot of games. And I do enjoy them.

I noticed you have a very interesting segment called Writing a Song with Chat. What is that about?

So I really like watching videos of people and how they make a song or when they're making a song. I thought it would be kind of a fun way to show my writing process and also how it works, but also making it fun by including chat as well.

So most of the songs that I write on stream I would never actually put out because the credits will be a little lengthy. But it's usually like we try to do songs that are a bit more fun and not too serious. There was one called 'Chad in Her Chat', and it's basically "my boyfriend is obsessed with a Twitch streamer. And now I'm sad because they're wasting our money on her." Like, really random stuff like that.

So we try to keep it funny and light. I would do polls as well. I would give them two options of like a chord, and then they would choose which one and then also sometimes I'm like, "Oh, what rhymes with this," and then people would tell me, so we just kind of collaborate and stuff and it's really fun.

How does it feel to know that people from around the world are actually connecting with each other because of their shared interest in your music and your Twitch channel?

It makes me really happy. Before I started streaming, I made friends through Twitch. And so I kind of want to aim to make a community where people can do that, too.

Because even though you're sitting at home, you're still making new friends. And you're still socialising and you're still getting that serotonin from interacting with people. Or maybe it's just me, because I'm very extroverted, and like, I need social interaction. But I'm glad that people can find one thing that they relate to each other.

To all the fans who are tuning in to you who are feeling a bit down because they can't see you in person right now, what would you say to them?

I am so sorry that this is happening. I hope that we can all get through it. I'm glad that we're able to still interact through online ways. And whether it is through Twitch or through other ways, I'm just glad that the internet exists, and we could all interact.