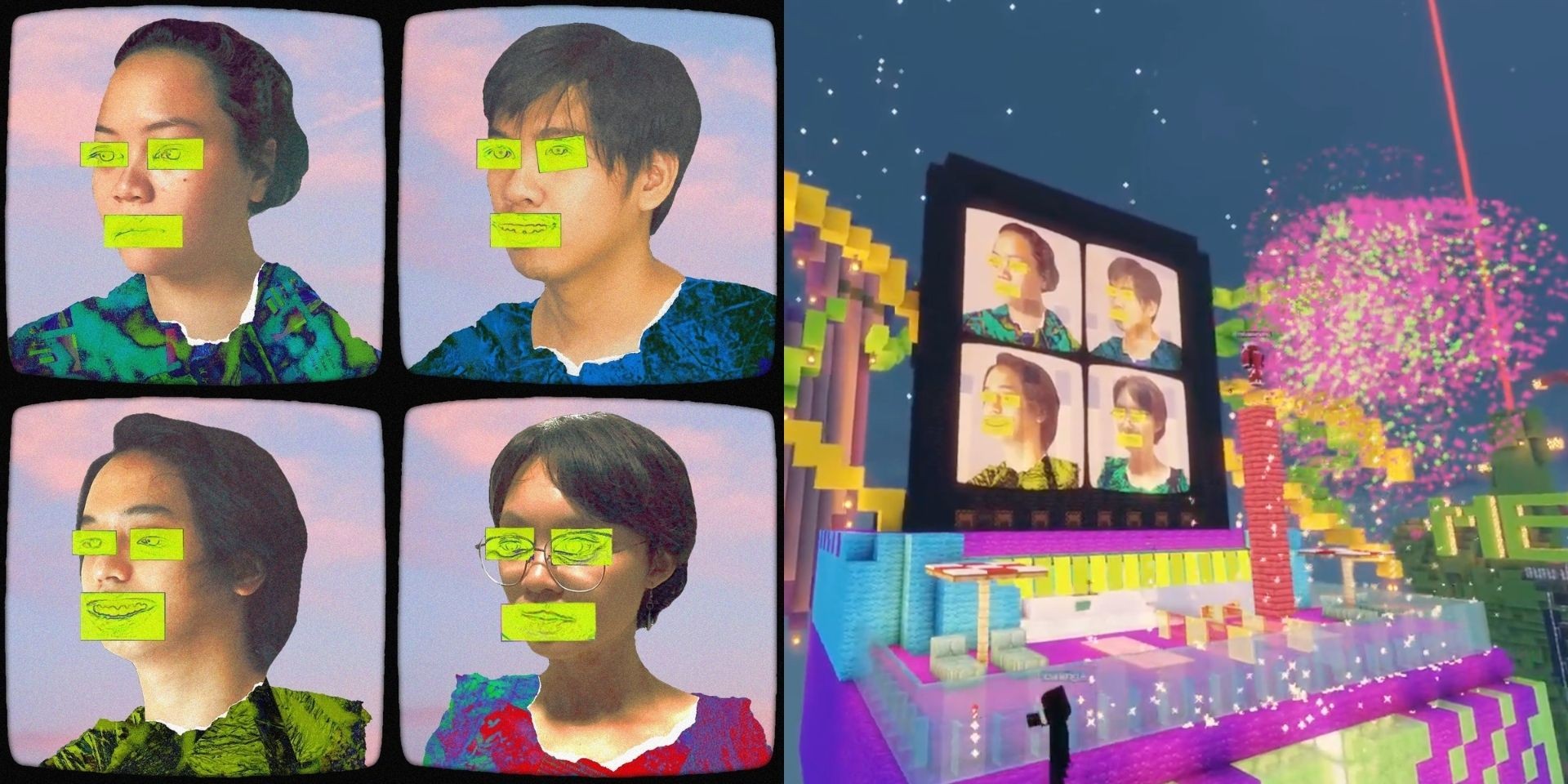 Filipino indie rockers The Buildings have released their new album, Heaven Is A Long Exhale.

IT'S OUT NOW!
The Buildings "Heaven is a Long Exhale" is available from our Bandcamp page, either digitally or CD: https://t.co/Lnk0A4XBkc
We're calling it now: this is the best indiepop/indie-rock album of 2021 you will not regret getting your hands on it!

To kickoff its release, the band teamed up with Manila-based virtual club Club Matryoshka for a launch party on 6 June titled Melting The Goblin. Hosted on a private Minecraft server, the event saw diverse performances from various Filipino and Japanese acts.

Bandwagon joined The Buildings in-game to celebrate their sophomore album, and here’s a rundown of five highlights from Melting The Goblin.

Design of Melting The Goblin

Set in a vivid and fantastical world, Melting The Goblin saw attendees roaming around freely while enjoying the bands’ performances in the background. Dotted with giant cats and floating eye symbols, the design reminds one of a trippy dreamscape. 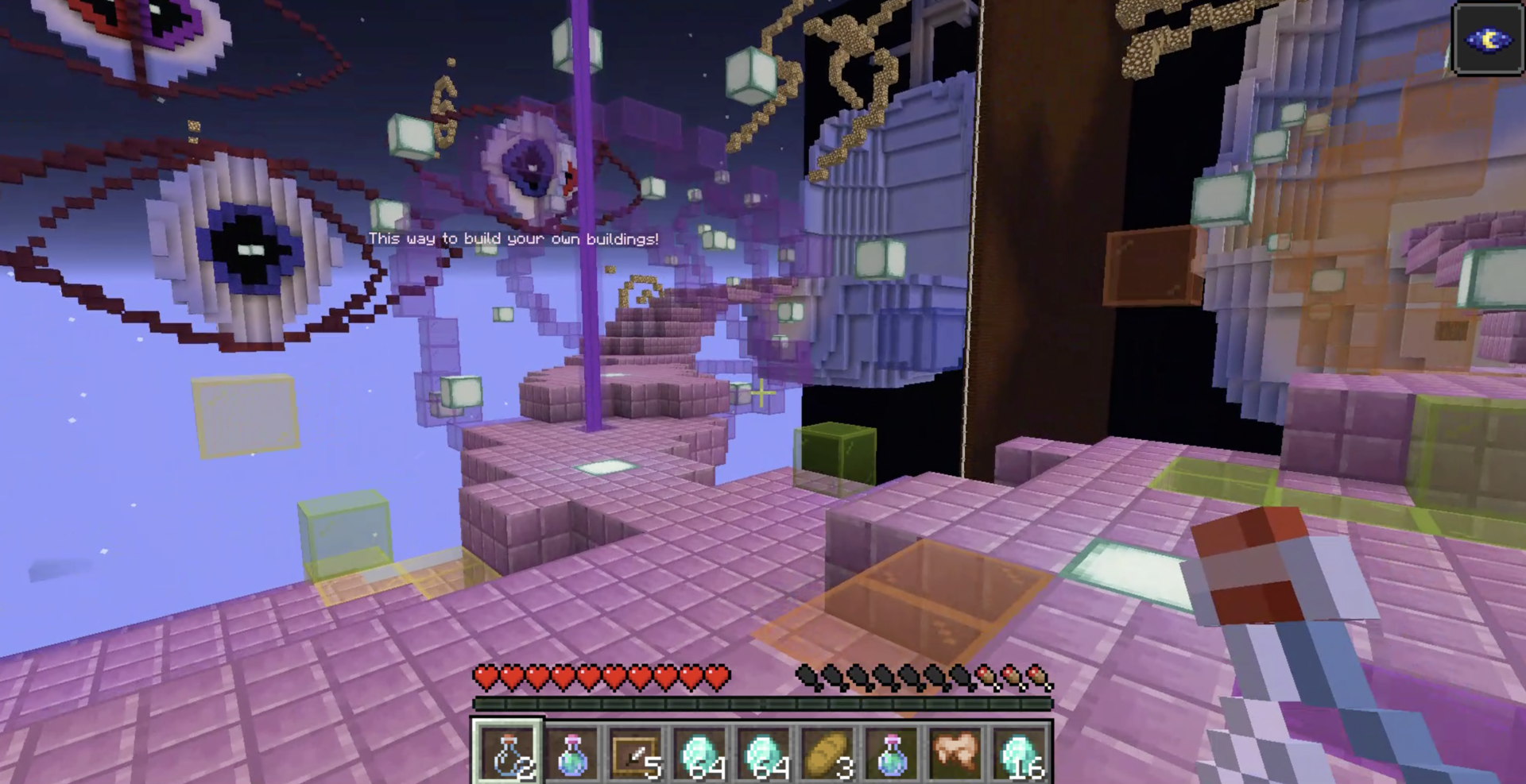 Aside from hanging out at the main stage, players teleported to different portals, where they could also take on a parkour map or craft their own buildings. Some players created a monument that spelt out ‘I LOVE BLADEE’, and another recreated the K-pop girl group Red Velvet’s logo. 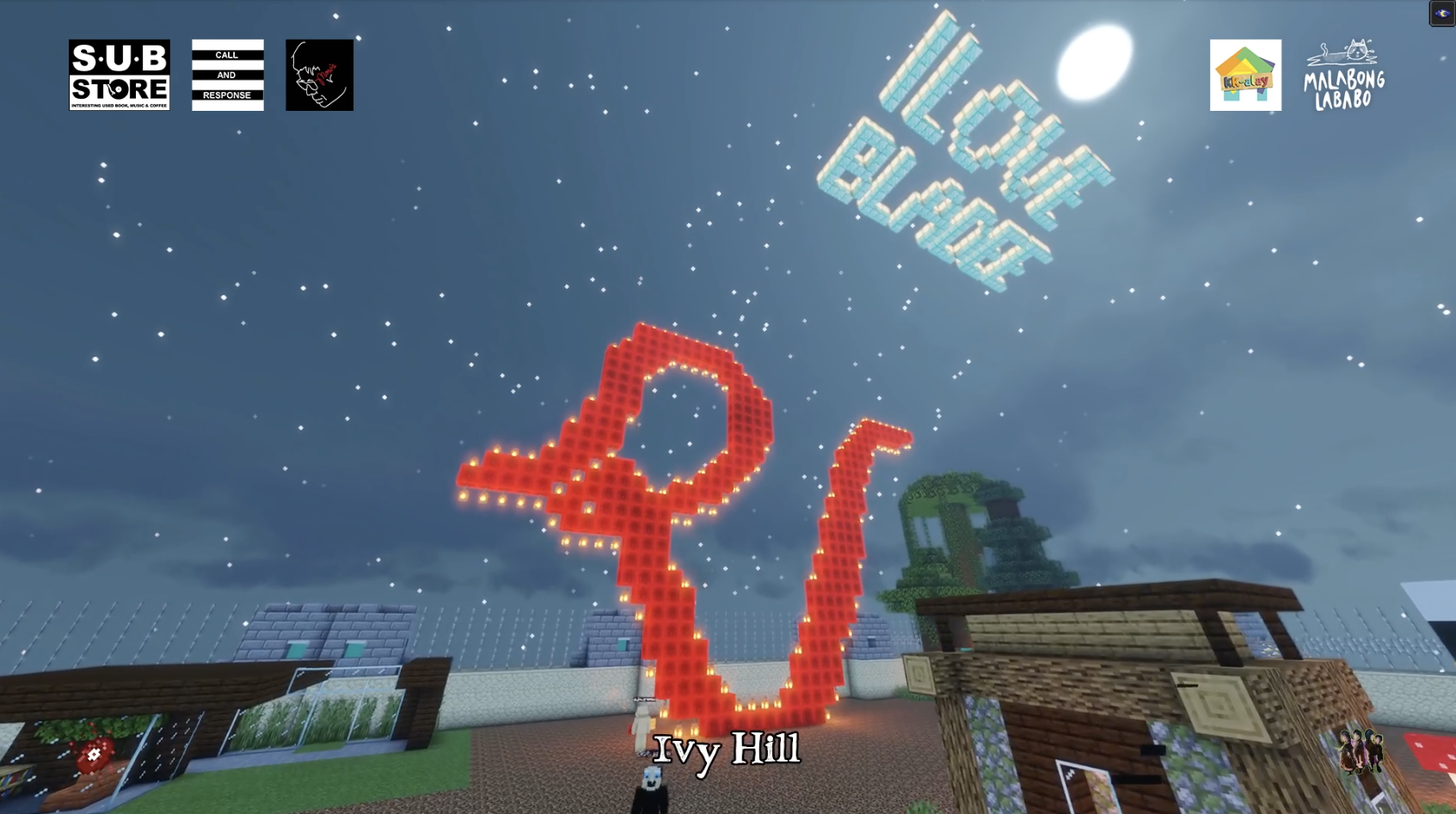 Other easter eggs included an in-game version of SUBstore Tokyo, a Japanese record shop and one of the co-presenters of Melting The Goblin. Moreover, the first portal that players entered from was called Mow’s, which is a cult gig venue in Manila. 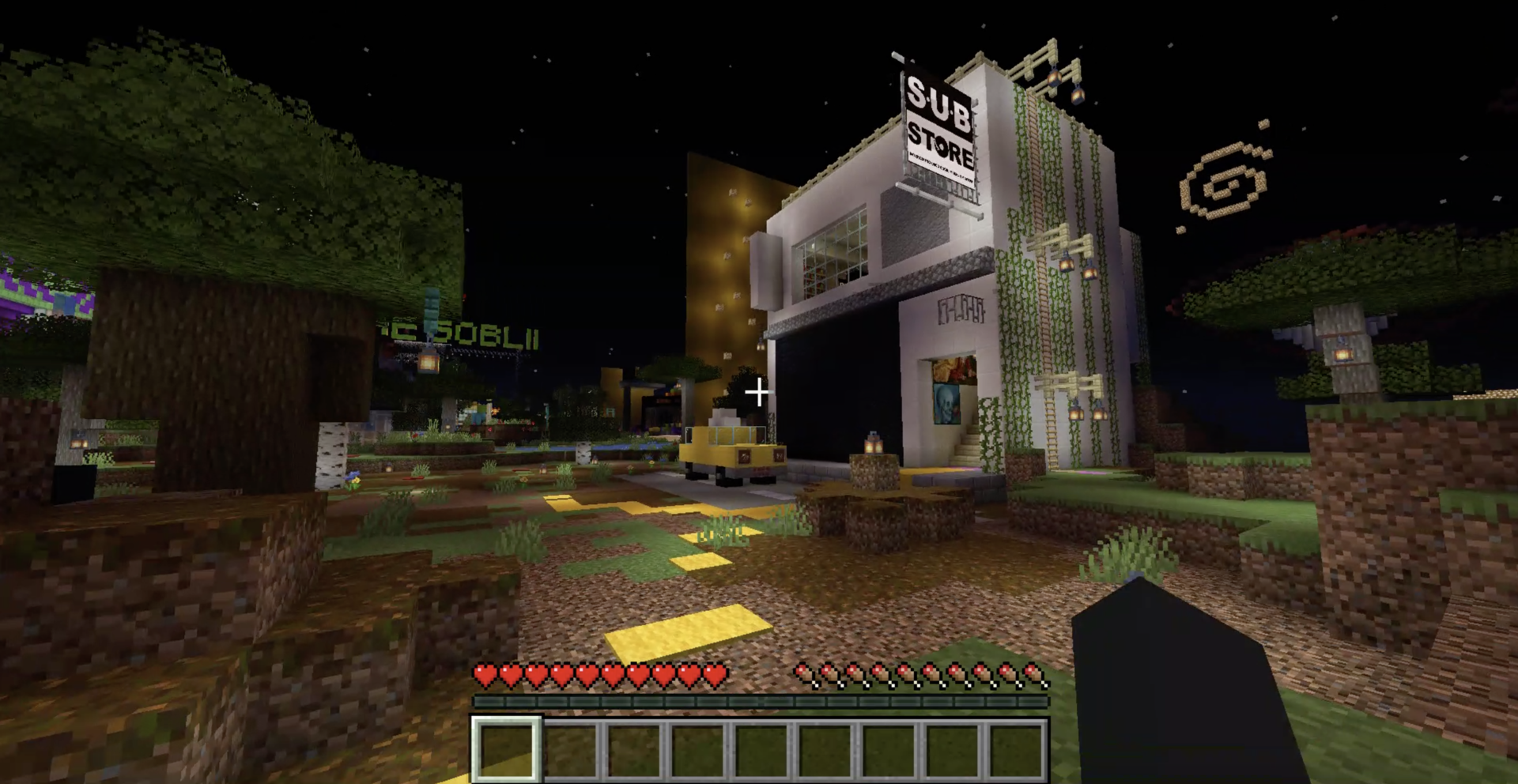 “The Club Matryoshka team designed the world, drawing elements from Heaven Is A Long Exhale’s album art and other ideas we had,” shares Mariah about the world’s creation. “Inspired by Para://Site Projects’ exhibition on Club Matryoshka last year, we played with scale and wanted players to be small ‘goblins’ in a big world.”

“Mariano Batocabe, the co-founder of Para://Site, was actually the one who painted the album art on Heaven Is A Long Exhale. We also wanted to put a festival-size stage, because why not? We want to give special thanks to Eela and Lazy for the amazing Minecraft parkour map.”

Heaven Is A Long Exhale

The Buildings came on as the penultimate act to perform Heaven Is A Long Exhale, which includes the title track and ‘Flesh and Code’.

While The Buildings maintain the playfulness and earnest conviction of their debut, the new album also sees the band mature in both sound and songwriting. It was largely recorded under lockdown conditions with support from Malabong Lababo Studios, who also co-presented Melting The Goblin.

“This album has been six years in the making. It feels like making a record—with a full band at that—was at odds with the way the pandemic has gone. We haven’t played a show in a long time, but that won’t stop us from making music. If anything, the silence has taught me to listen closer,” shares Mariah.

“Making the songs and arranging them was incredibly fun. We made so many arrangements that we have another completely different-sounding album with the same songs,” reveals Kean. “Maybe we’ll release it on our 50th anniversary—but I did scrap those so that we wouldn’t get too attached,” he jokes. 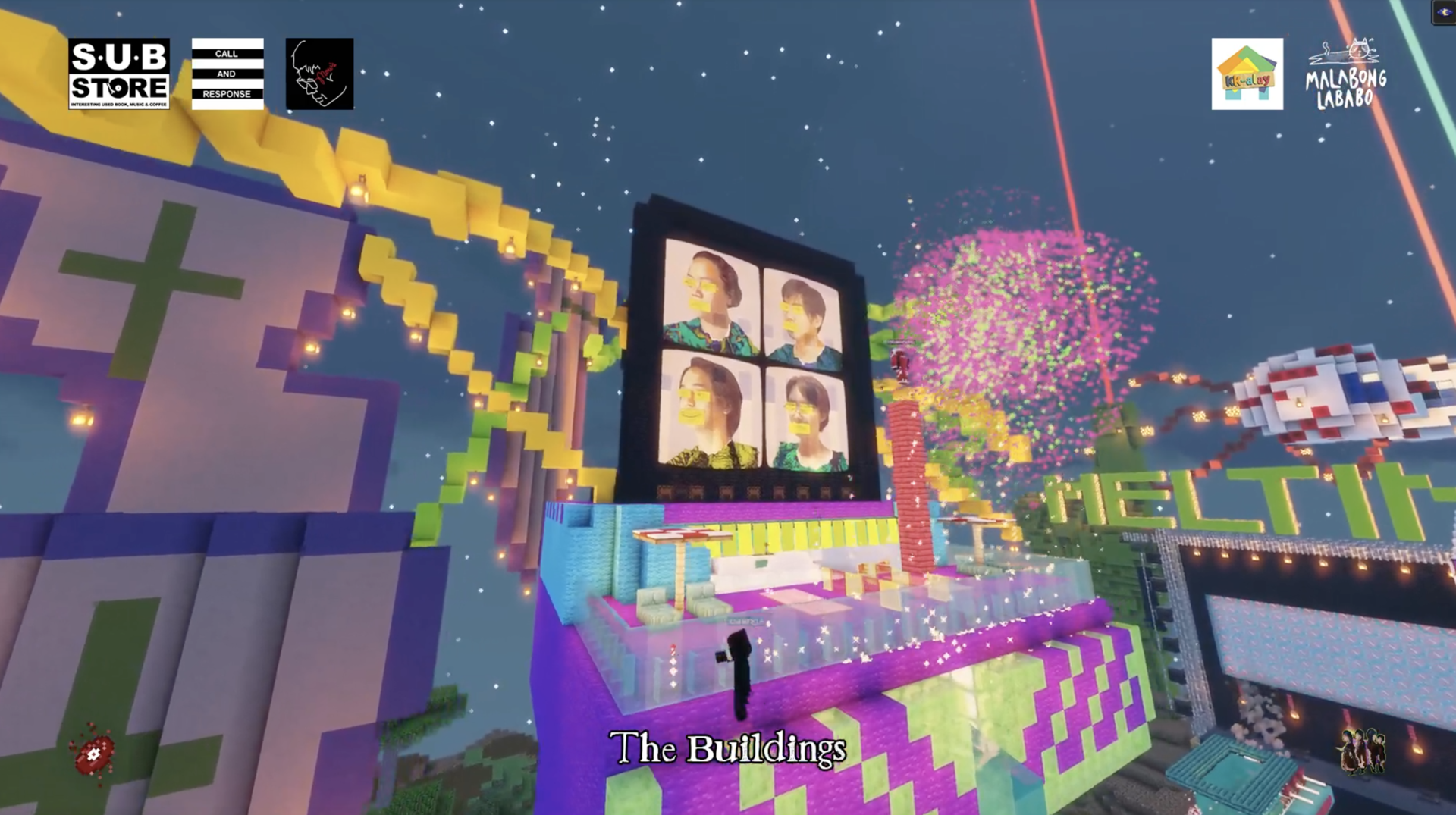 As the band virtually debuted Heaven Is A Long Exhale, players formed a mosh pit, complete with fireworks and flying pigs. The quartet also played their older songs, including the fan favourite ‘Different Shades of Blue’.

Melting The Goblin saw a lineup that spanned across the Philippines and Japan. Starting off the night was a DJ set from Call And Response Records’ founder Ian Martin, followed by performances from Filipino experimental artists paso de blas and Mark Omega. 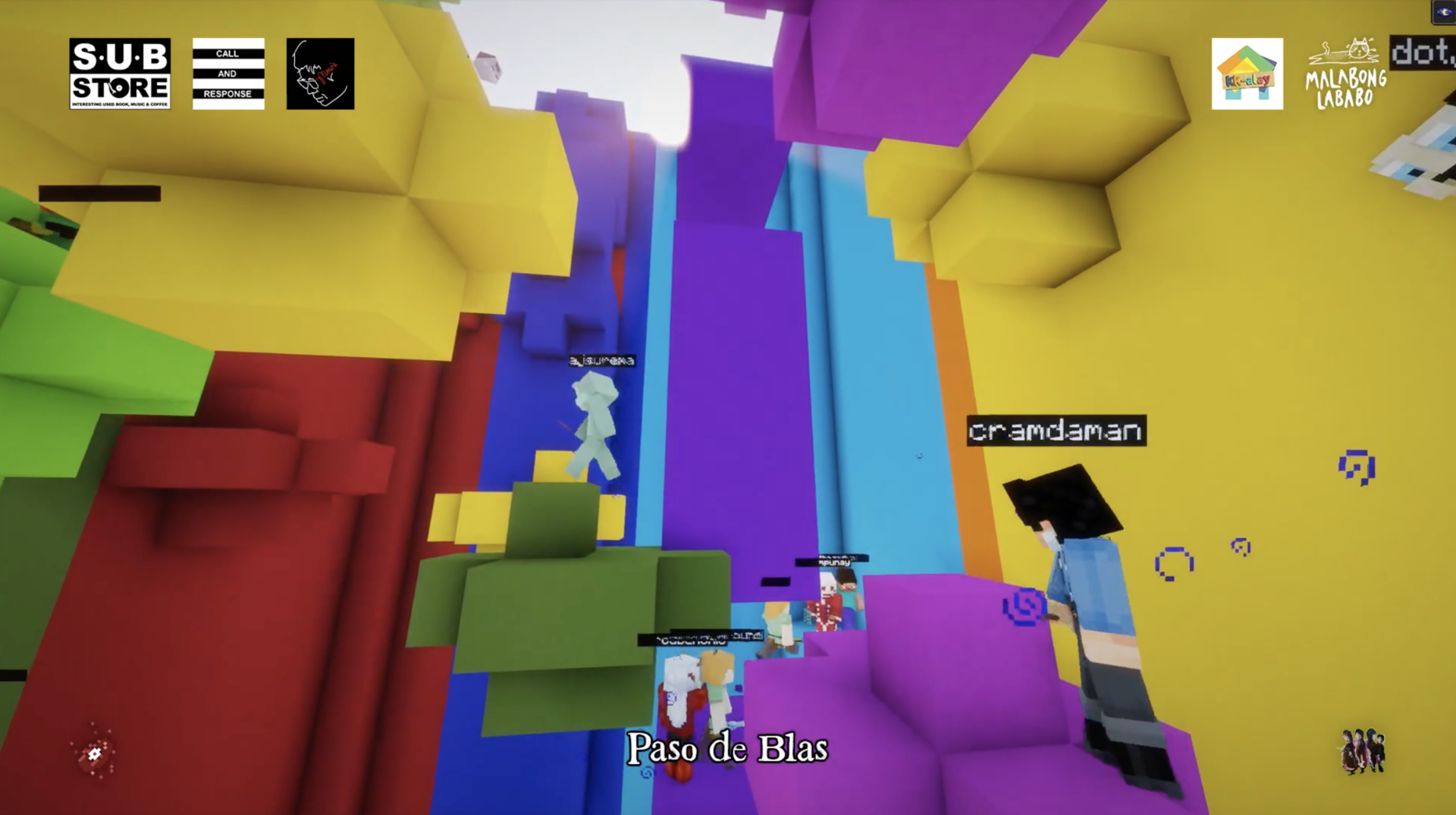 They were then joined by Fukuoka shoegazers SACOYANS and Filipino noise pop band Ivy Hill, who performed a mix of raw, fuzz-heavy tracks. John Caing of Cebu's Bombo Pluto Ova then jumped in with a “mind-melting” electronic set, as one attendee commented on Twitch. 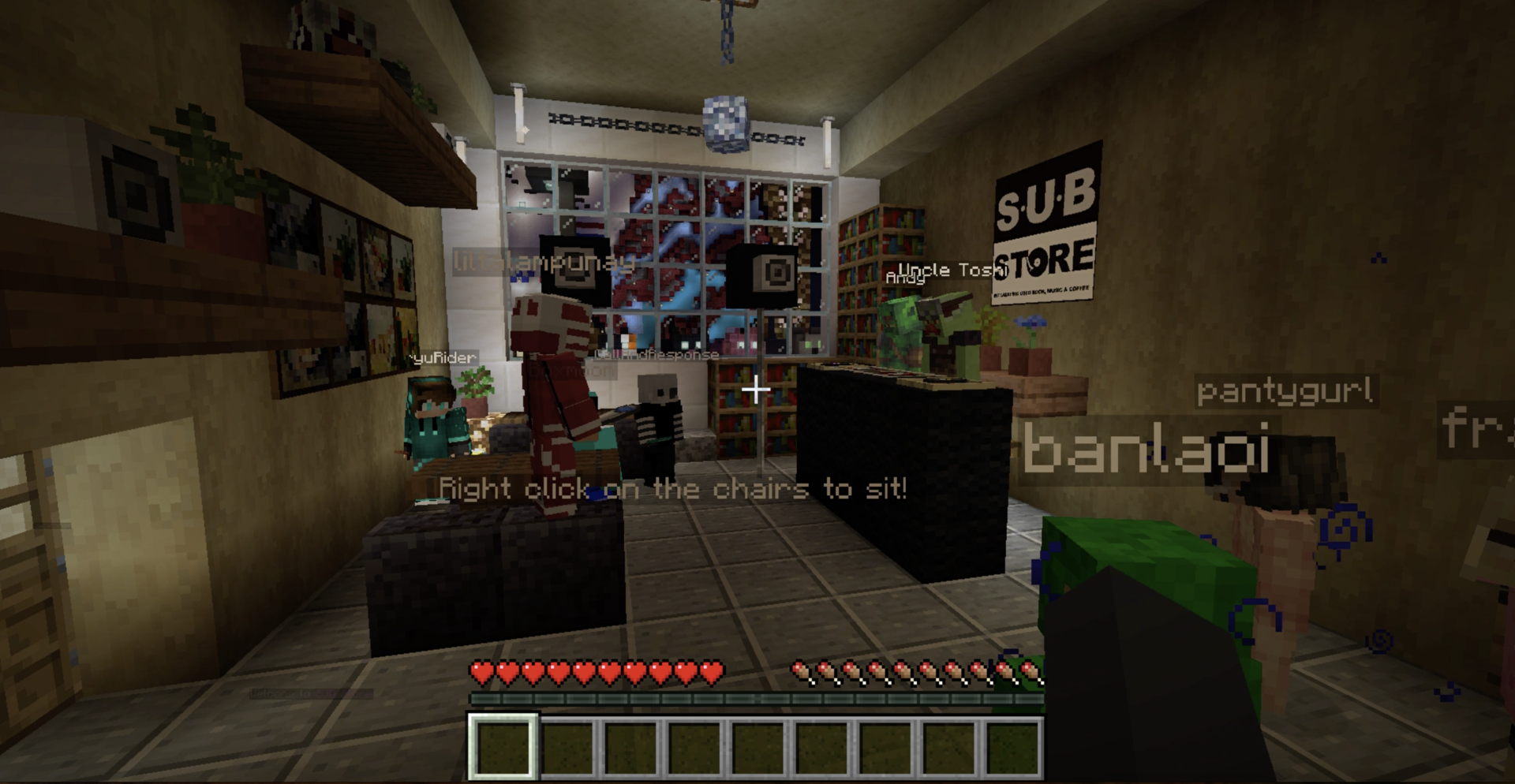 Naga City-based twee band Charity Work! also took to the stage, which was followed by Call And Response labelmates P-iPLE. Hailing from Tokyo, the punk act took the energy of Melting The Goblin up a notch with their riot grrrl-inspired set. After The Buildings’ gig, the night then came to a close with an eclectic mix from Radio Jakarta.

Melting The Goblin also partnered with Kapit Kamay Alternative Learning Avenue for the Youth (KK-ALAY), a grassroots project that was established to ensure accessible education for Filipino children amid the pandemic.

In more than a year of lockdown, students have suffered under the government’s blended learning program, along with the costs of tuition, internet, gadgets, modules, and other necessities.

During the launch party, announcements for an ongoing petition were interspersed throughout, and players could donate to the project via in-game QR codes.

Overall, it’s meaningful that The Buildings chose to work with Club Matryoshka for the launch. For a virtual space founded on inclusivity and acceptance, the spirit of community was definitely present, even if remotely.

The international lineup also highlights the wonders of collaboration that can occur through online platforms like Minecraft. Beyond the lineup, the audience was also diverse—attendees from the Philippines, Singapore, the UK, and Japan tuned in to show their love for the new album.

@ClubMatryoshka having a GREAT time in here! keep it going! pic.twitter.com/DS3maBEQkH

“I have mad respect for Club Matryoshka and the community they’ve built. The prospect of having a geography-defying lineup was exciting, and I’m glad we're able to get some of our favourite artists from distant cities all in one show,” says Mariah.

“The people behind Club Matryoshka are our friends and we respect what they do. Although the lockdown was a huge factor in staging our album launch virtually, we also weren’t inclined to replicate the experience of a live gig,” adds Dominic. “Club Matryoshka presents a totally different experience. It’s only recently that we realised that this decision to hold a virtual launch suits our current interests and sensibilities.”

Listen to Heaven Is A Long Exhale here.