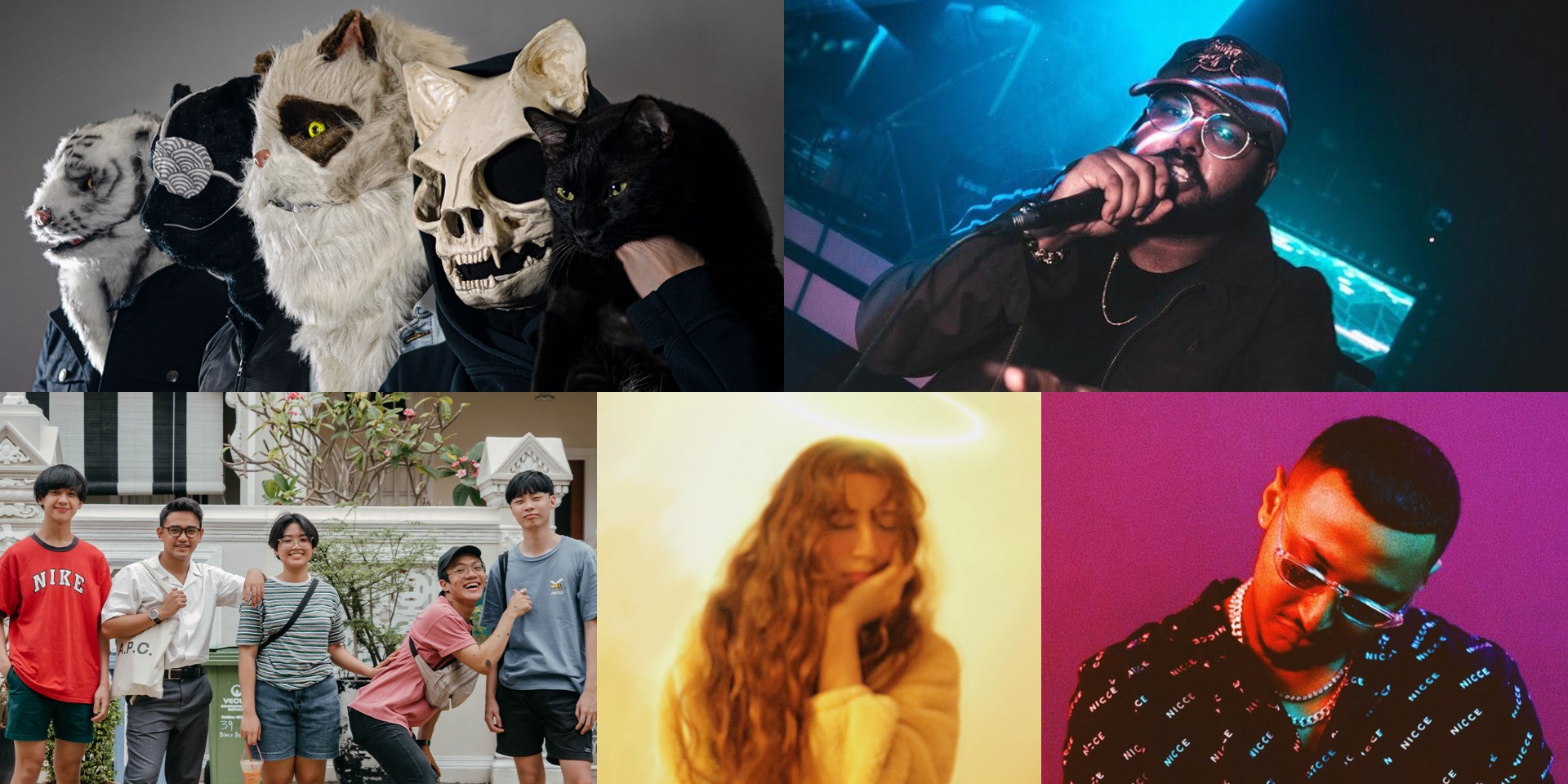 Funnelling from its first batch of finalists earlier in November, Vans Musicians Wanted Singapore revealed its top five artists for this year.

For the first time this year, there were 15 shortlisted acts from over 400 entries in Singapore.

Comprising a broad spectrum of genres across pop, rock, hip-hop, R&B, five finalists remain in the competition for 2020. Here’s who they are:

Opus Renegade’s musical journey began seven years ago, when the rap artist followed his love for hip-hop and never looked back. Now armed with impeccable flow and a welcome flexibility in incorporating elements from boom-bap to trap, Opus Renegade is on his way to lead the charge in hip-hop, showcasing his resounding thoughts and energy in ‘Oculus’, his latest single with Knwn.

The local indie and math rock scene has never been short of bustling, but Woes, a five-piece outfit, are here to bring a refreshing perspective of their own. Layering solid dance-like bass riffs over soft, but soulful vocals, Woes bring in their backgrounds in funk, jazz and indie rock to create tracks that resonate with our daily lives and make us feel less alone. Check out Wake Up Pls, a four-track EP they released in May this year.

Attributing Frank Sinatra, Melanie Martinez, and Charlie Puth as her influences, Kitty Purrnaz is on her way to become the next pop sensation. With her feather-like vocals and affinity for fun and lush synths, Kitty broke into the scene with ‘cry.’ this year, after garnering interest from listeners through a range of demos, covers, and making an appearance on the Noise Music Mentorship 2019 roster.

Couple slick vocals together with groovy melodies, and you’ll find earworm-worthy bops from rising hip-hop and R&B talent, Louie Indigo. With a modern twist on the honest, and sometimes dark genre, Louie Indigo recently put out ‘NO SAFETY’, a slick track that comes half a year after his lockdown creation, ‘FREE ME’ in April.

Moving onto the main event, the Vans Musicians Wanted Global Showcase on 9 December, Singapore representative, Ultra Mega Cat Attack, will put on their best show for a chance to share the spotlight at the House of Vans with hip-hop star Anderson .Paak, on top of receiving Vans products, Fender gear, global music distribution, Spotify and Apple Music playlisting, a music video produced by Universal Music Group, and one year of free and unlimited global music distribution from SPINNUP.

The remaining finalists will also have the opportunity to perform and showcase their music on various platforms provided by Vans in the next few months. For starters, check out performances by Opus Renegade and Woes on Culture Cartel’s digital platform happening this Saturday, 5 December.

For more information on the finalists and the schedule, click here.