Every now and then, we witness collisions between the realm of music and big brands from around the world.

As BTS' recent team-up with McDonald's has shown, they can be a great way of bringing fans closer to their favourite artists. What's more, they leave music lovers with plenty of new merchandise to add to their collections.

Ranging from clothing to tech accessories and even cars, these collaborative products go a step further than traditional merchandise in that they fuse their respective artists' personalities with the aesthetics of renowned brands. These items are highly sought-after, especially by devoted fans who regard them as symbols of allegiance to the musicians they love.

Included in this list are collaborative products and product lines between acts such as BLACKPINK, Red Velvet, BTS, EXO's Kai, and Wang Yibo, and prominent international brands that you do not want to miss out on. 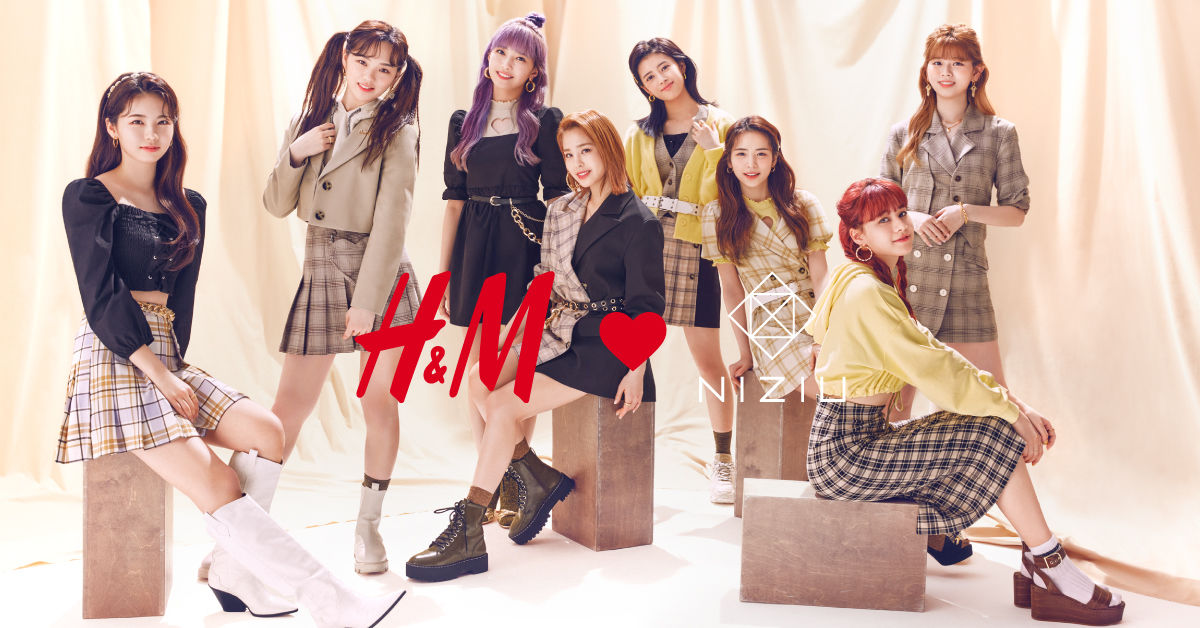 Despite their rookie status, Japanese girl group NiziU have taken the world by storm with catchy and cheerful numbers such as 'Make you happy' and 'Step and a step' since being formed by JYP Entertainment and Sony Music Japan in 2020. The latter song is currently featured in the official campaign video for their collaboration with Swedish clothing giant H&M, titled "H&M♡NiziU". The team-up has seen the release of two waves of apparel and accessories, which were launched in February 2021 and March 2021 respectively.

Don't miss out on the limited edition items. #HMLovesNiziU pic.twitter.com/ZeHQKQBHCu

Featured in this collection are items such as jackets, checked and pleated dresses, skirts, and pants, blouses with heart-shaped cutouts, and bucket hats with NiziU's instantly recognisable logo. If you're a NiziU fan, this your chance to dress like your idols.

H&M♡NiziU collection will be available via H&M Japan's online store as well as at select physical outlets until 30 April. 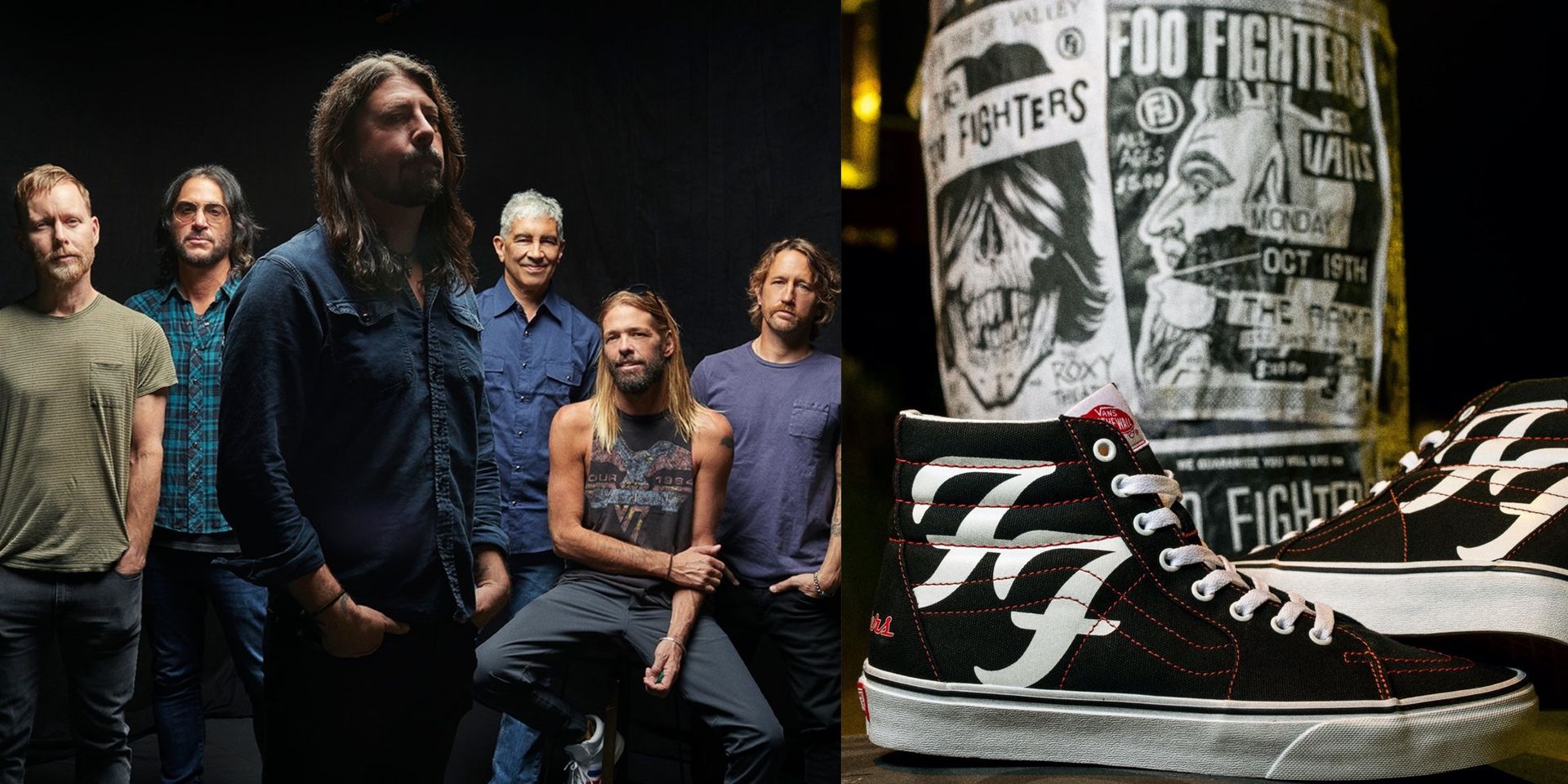 American alternative rock outfit Foo Fighters, made up of Dave Grohl, Taylor Hawkins, Nate Mendel, Chris Shiflett, Pat Smear, and Rami Jaffee, are known to be fans of Vans' products and have donned its shoes during recording sessions and live performances. In celebration of the 25th anniversary of their debut album Foo Fighters in January this year, the 'Everlong' hitmakers partnered with the California-based skateboarding shoe and clothing company to put their own spin on the iconic Sk8-Hi high-top shoes.

This edition of the Sk8-Hi preserves the model's look and feel, but imbues it with the Foo Fighters' personality through the addition of the band's famous "FF" logo. Additionally, 25th-anniversary tags are embroidered on the shoes' tongues. 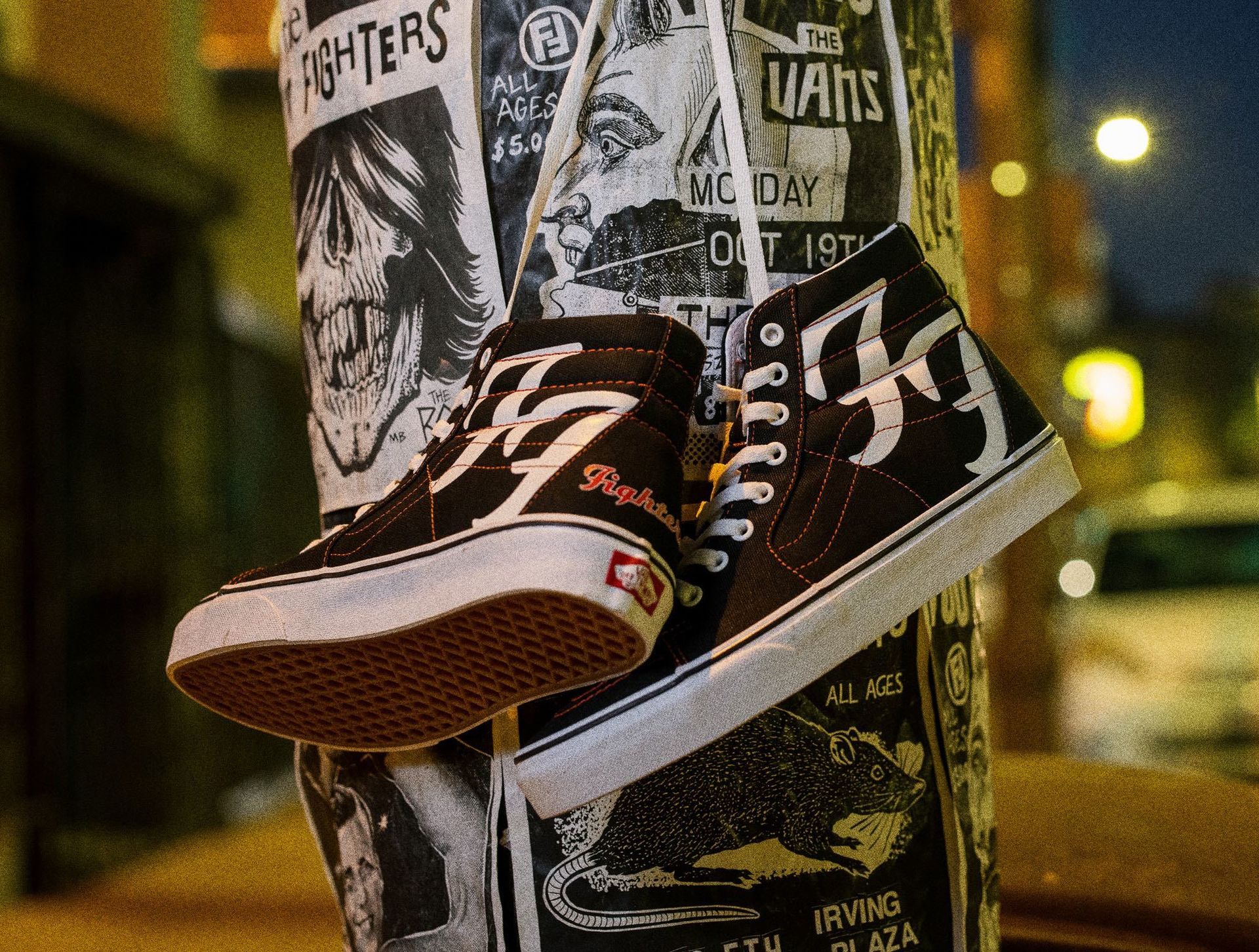 The Foo Fighters edition of the Vans Sk8-Hi is now available in limited sizes via Vans' online store.

In addition to making an appearance in Dreamworks' animated musical film Trolls World Tour, Red Velvet have also teamed up with Good Luck Trolls, the doll line from which the film draws inspiration, for a special merchandise line. Named Red Velvet Loves Good Luck Trolls, the line transforms Irene, Seulgi, Wendy, Joy, and Yeri into adorable trolls once more, albeit with vintage 2D appearances this time. 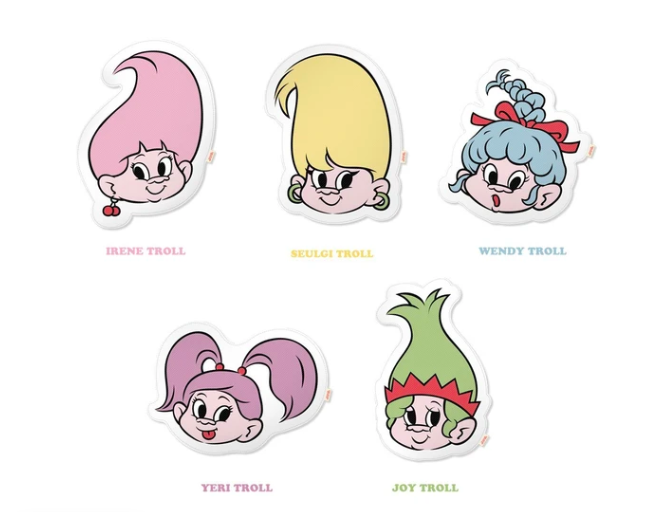 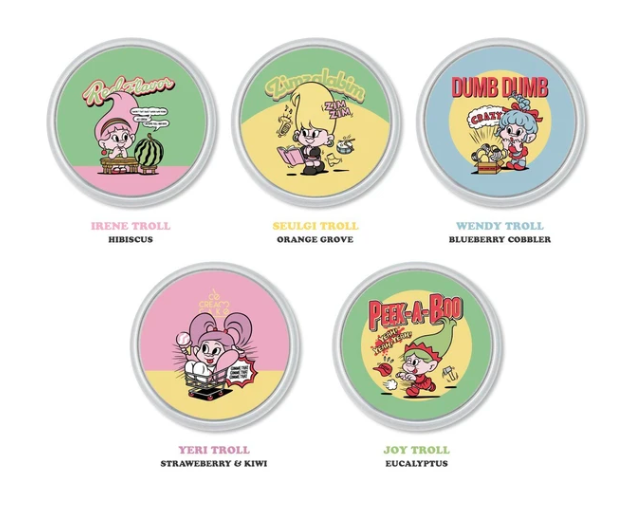 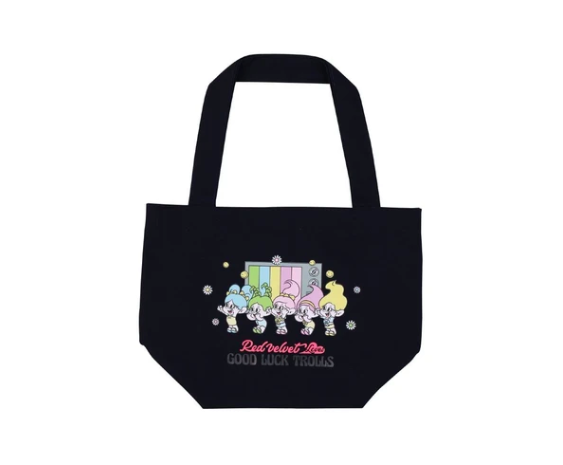 American DJ and record producer DJ Khaled's latest team-up with baby carrier, stroller, and child car seat manufacturer CYBEX is another one for his growing list of collaborations with well-known brands. Designed together with his wife, Nicole Tuck, the collection from the proud father of two gives CYBEX's products a tropical twist.

Items that you will find in this collection include animal and jungle-themed PRIAM and MIOS strollers, child car seats, parasols, changing bags, and footmuffs. As a finishing touch, the Grammy-winner added his famous "We The Best" logo to each product. 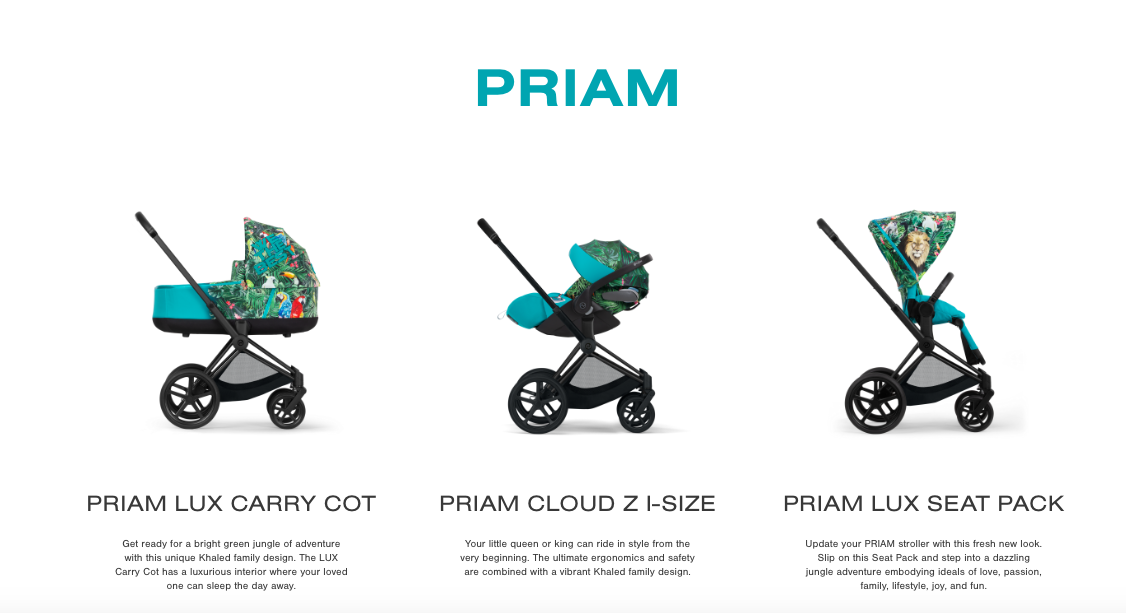 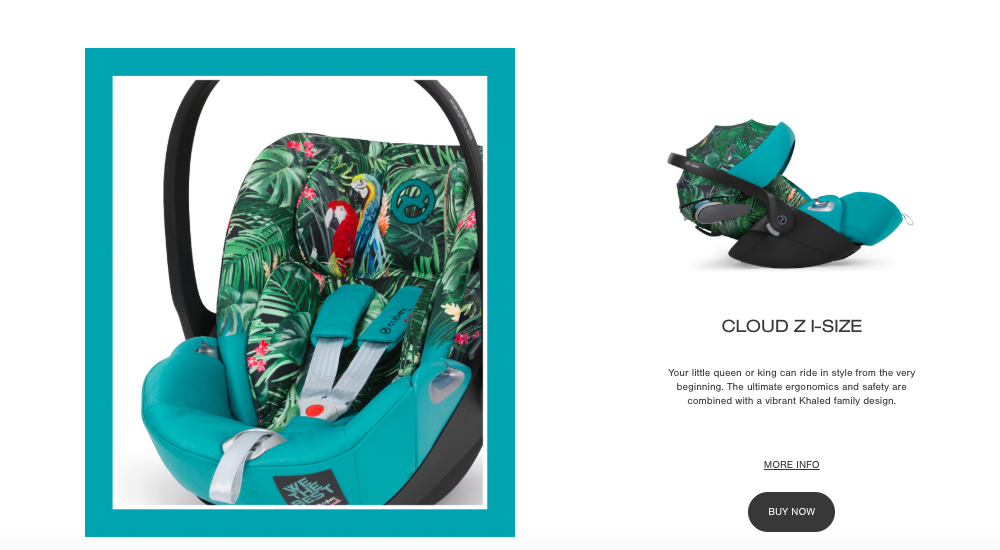 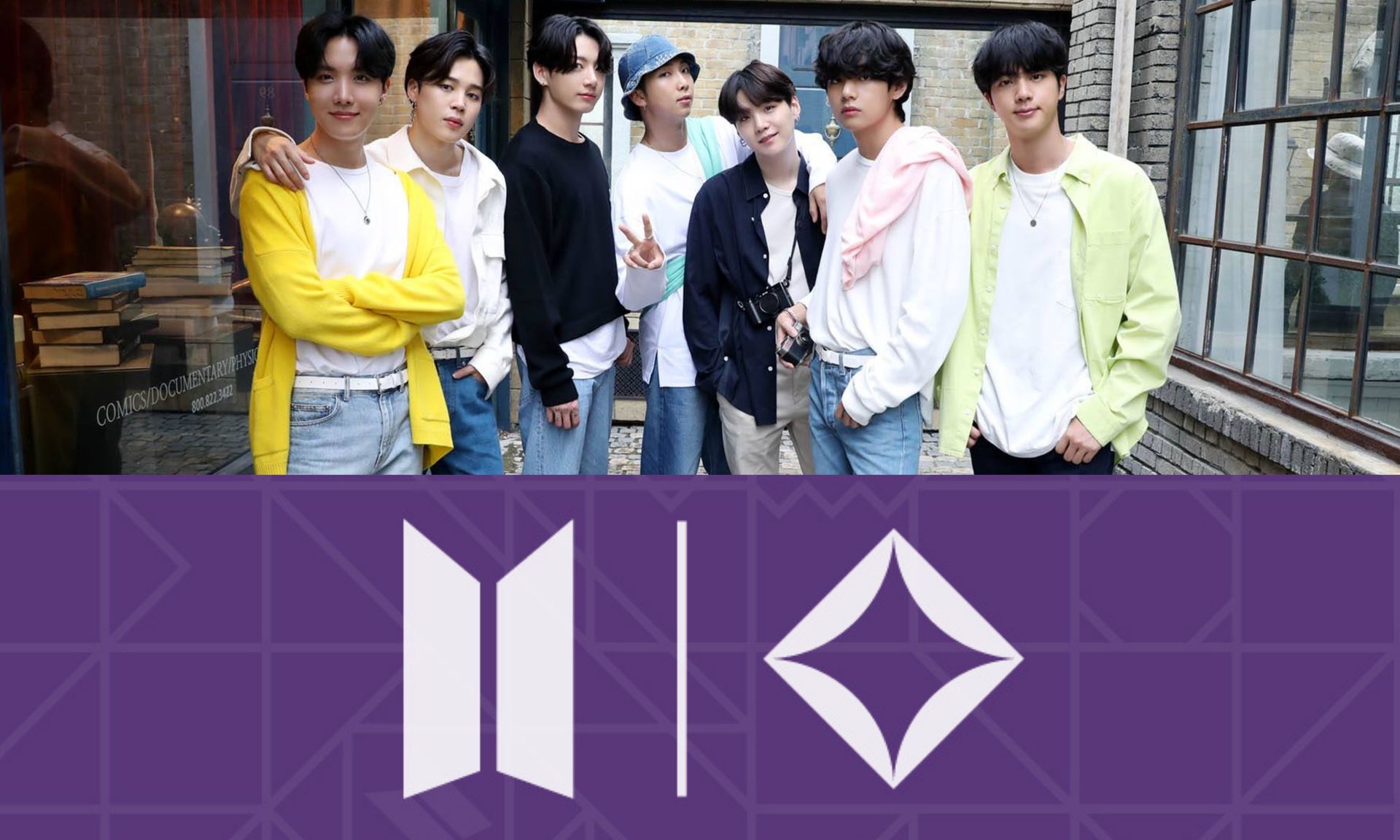 One of the most sought-after pop groups in the world, BTS have been invited to work with brands such as Inkbox (for a semi-permanent tattoo collection), Samsung for a BTS edition of the Samsung S20+ smartphone, and more recently, Louis Vuitton. This year, they, together with Helinox, have launched a special outdoor equipment and furniture line.

This special collection comprises six items — a foldable chair, a hard top table, a convertible sleeping cot, a gym sack, a sacoche, and a BTS x Helinox velcro patch set — that have been given the BTS treatment. Apart from being infused with the colour purple, which is synonymous with the Grammy-nominated septet, these items contain a unique pattern that "visually expresses the keywords 'music' and 'going out to the world'".

Having already braved the outdoors in their BTS: Bon Voyage and In The SOOP reality series, BTS are now giving their fans an opportunity to camp the BTS way. 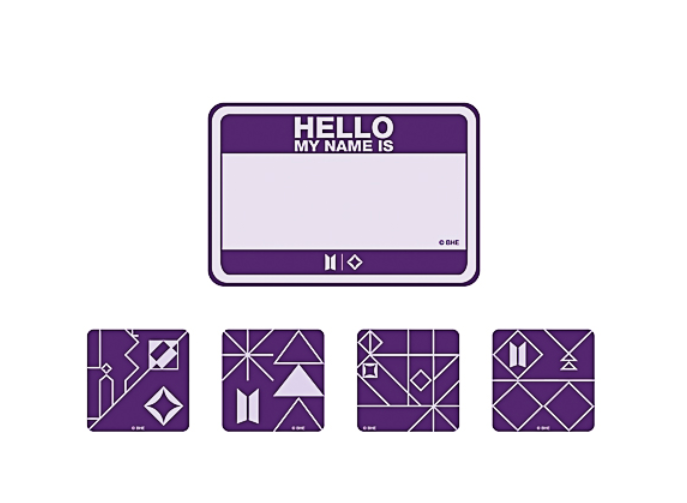 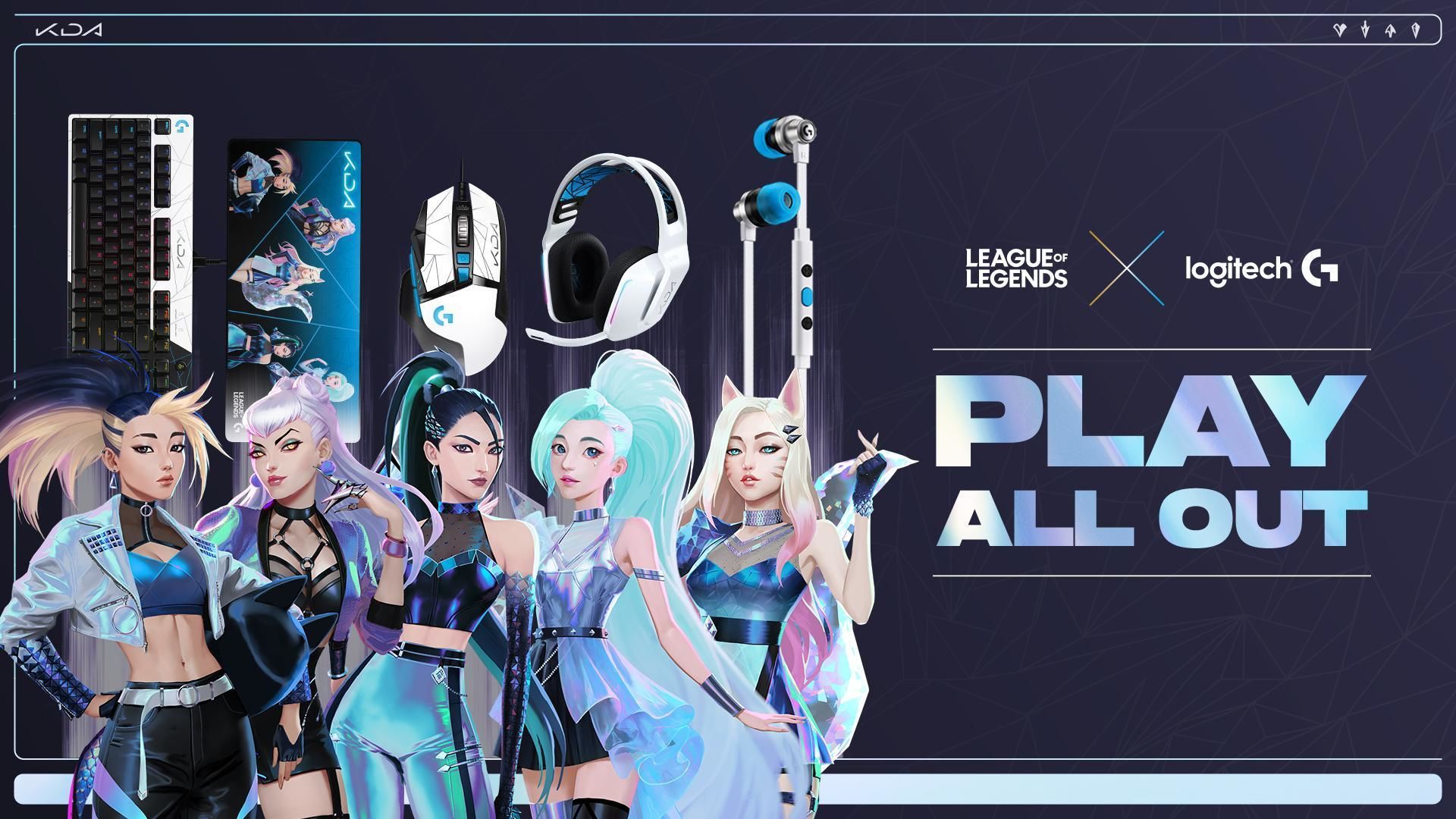 If you're a gamer and a K/DA fan then you're in luck. In March this year, League of Legends developer Riot Games, together with Logitech, launched a collaborative line of gaming accessories themed after its popular virtual K-pop girl group.

Emanate grace and charm like the leader of @KDA_MUSIC, Ahri, with the K/DA Collection.

The necessities for any K/DA performance: a @KDA_MUSIC BLADES Light Stick and the G733 K/DA edition!

The G733's dual-layer memory foam will keep you comfortable during even the longest shows.

Time to upgrade your setup in style.

Which K/DA mouse do you have your eyes on?

2021 has been a big year for SB19. They have not only gone down in history as the first Filipino and Southeast Asian act to score a nomination at Billboard Music Awards (BBMA), but also launched their very own fashion collection.

New Casa, better & bigger for you!

Named "SB19 x Chynna Mamawal", the Premium Collection, which was designed in collaboration with renowned Filipino designer Chynna Mamawal, was launched via lounge and streetwear brand CASA in April 2021. Included in the collection are items such as limited edition streetwear fits, shirts, and dresses that are inspired by the P-pop boy quintet's hit single 'What?'. Each design in the numbered collection will be limited to 100 pieces. 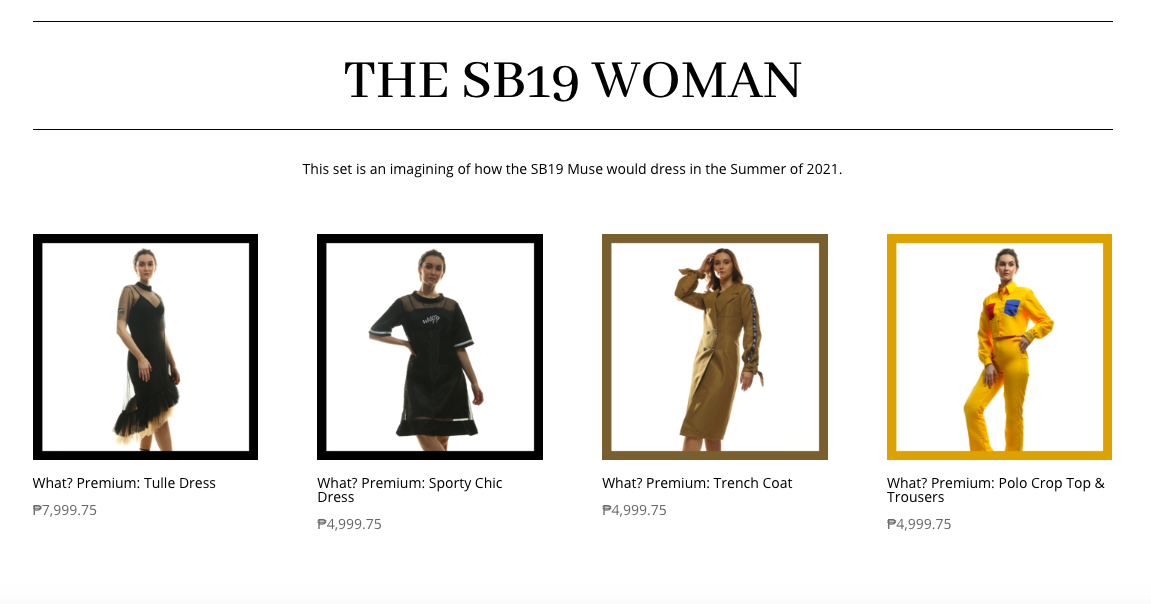 Fans who purchase items from the SB19 x Chynna Mamawal collection will also receive a special black box containing postcards signed by Josh, Pablo, Stell, Ken, and Justin, and QR tags that serve as proof of the items' authenticity. 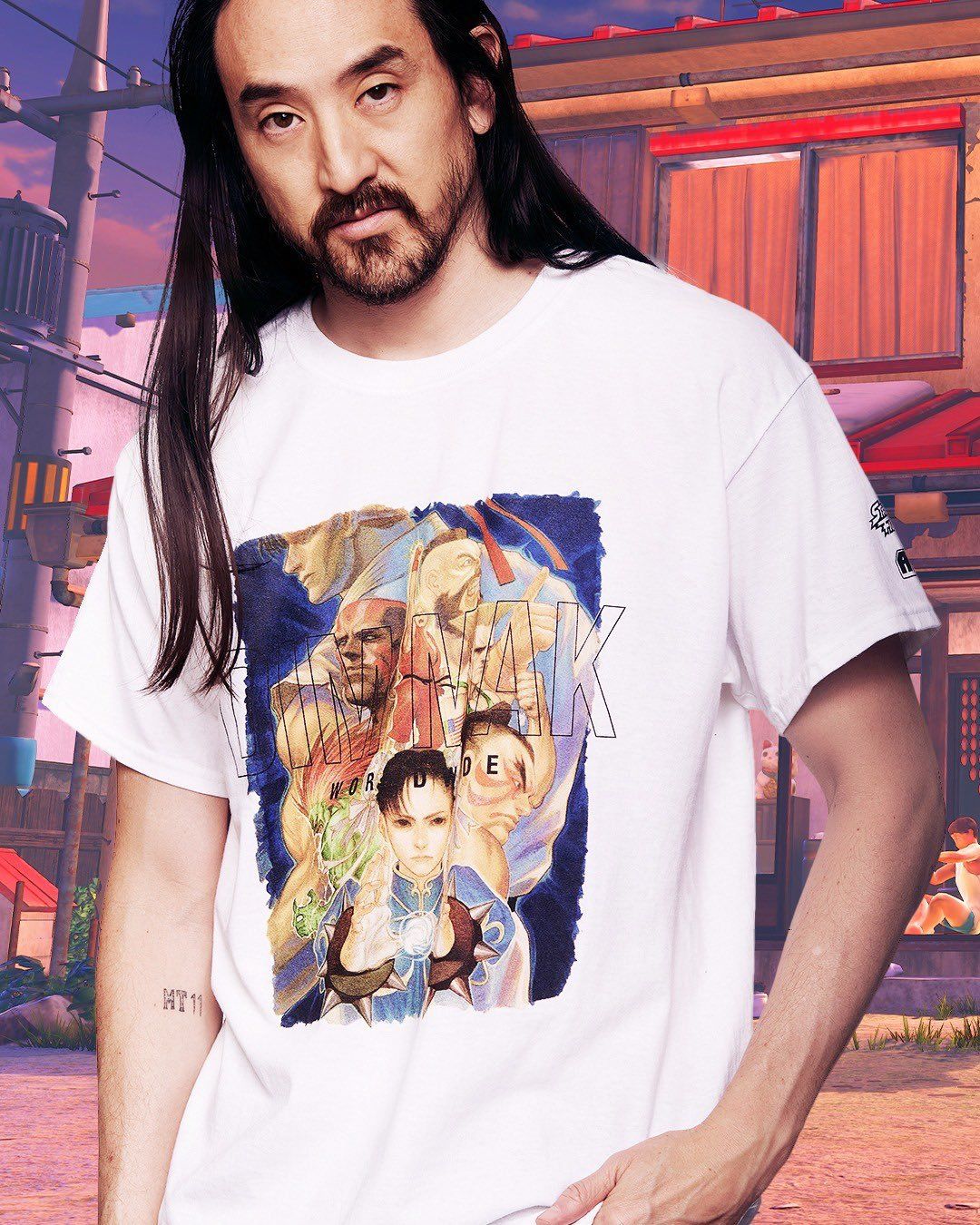 Steve Aoki has — through his Dim Mak Records record label — launched several collaborative collections, but this one holds a special place in his heart.

The Grammy-nominee has been a huge fan of the Street Fighter since he was a boy and his love for Capcom's fighting video game franchise shows in the Dim Mak x Street Fighter collection.

Have u guys scooped up our latest Dim Mak x Street Fighter drop? Got a bunch of dope merch featuring my fav Ryu and many others. Which is ur fav? @dmcollection @StreetFighter https://t.co/WN5RWjz4e0 pic.twitter.com/0kb7FT0QNb

Featuring a selection of short sleeve tees and long sleeve tees with Dim Mak Record's branding and images of popular characters, including Aoki's favourite Ryu, Dim Mak x Street Fighter is not a collection to be missed if you share the DJ and producer's love for Street Fighter.

As part of the collaboration, the 43-year-old also released a remix of 'Ryu's Theme'. Check it out here. 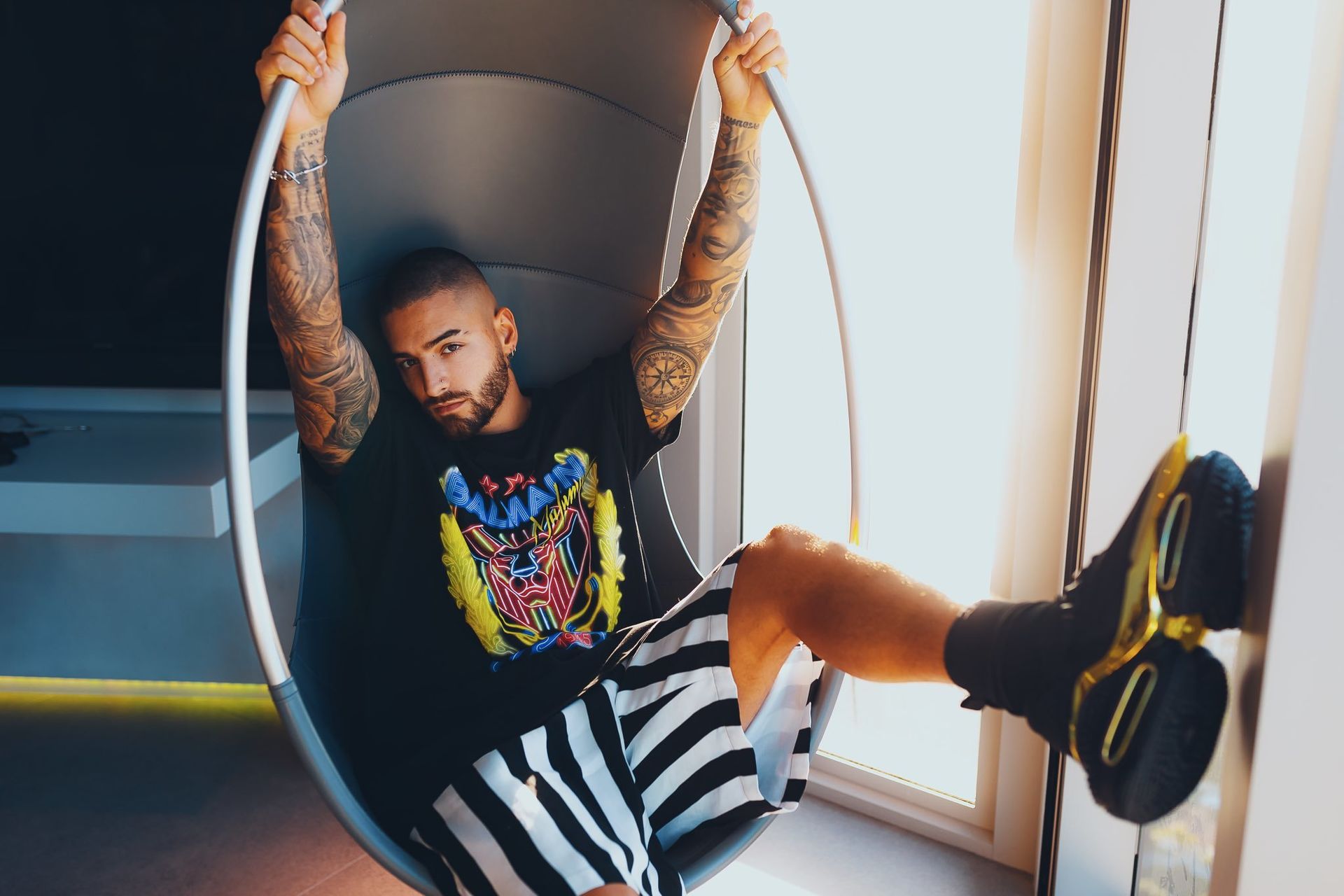 Besides being a talented singer who has given us reggaeton hits such as 'Hawai', 'Corazon', and '11 PM', Maluma is also known to be one of the most fashionable artists in today's music scene. With his recent team-up with French luxury fashion brand Balmain, the 27-year-old Colombian sensation has given his fans an opportunity to take a page out of his fashion book.

The #BALMAINxMALUMA limited-edition collection has dropped. Discover the one-of-a-kind designs now on https://t.co/rMzlnxhJlq and in stores. pic.twitter.com/sxX6grSgsg

Together with Balmain's creative director Olivier Rousteing, Maluma has designed a limited edition collection that blends classic French influences with his signature Caribbean style. Included in this collection are graphic t-shirts, a bomber jacket, a sweatshirt, an oversized black and white striped shirt, black and white striped shorts, a striped blazer, striped pants, and high-top shoes. 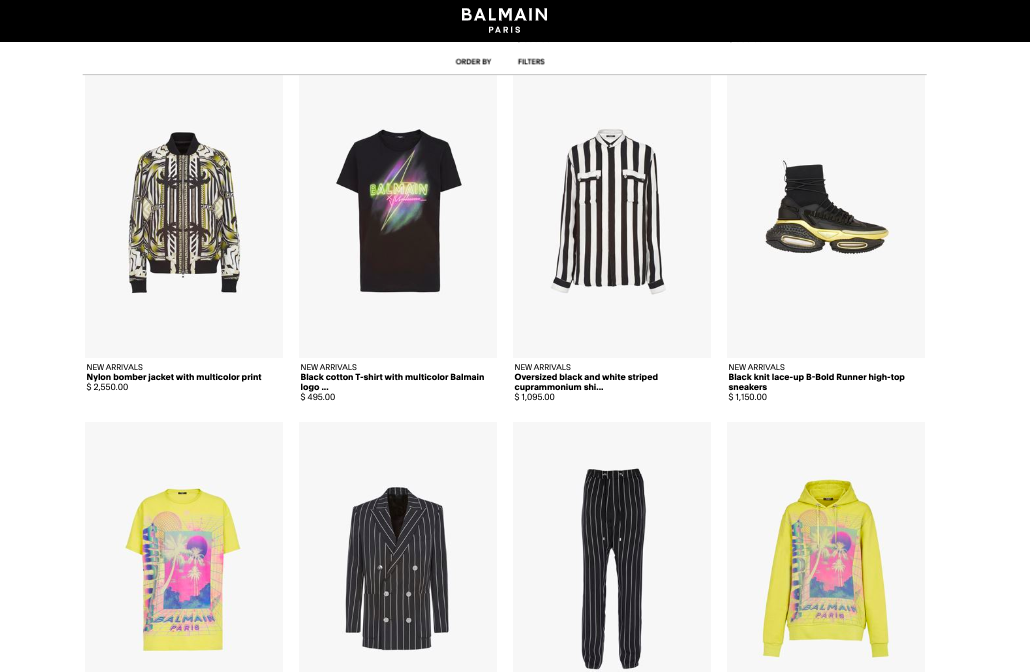 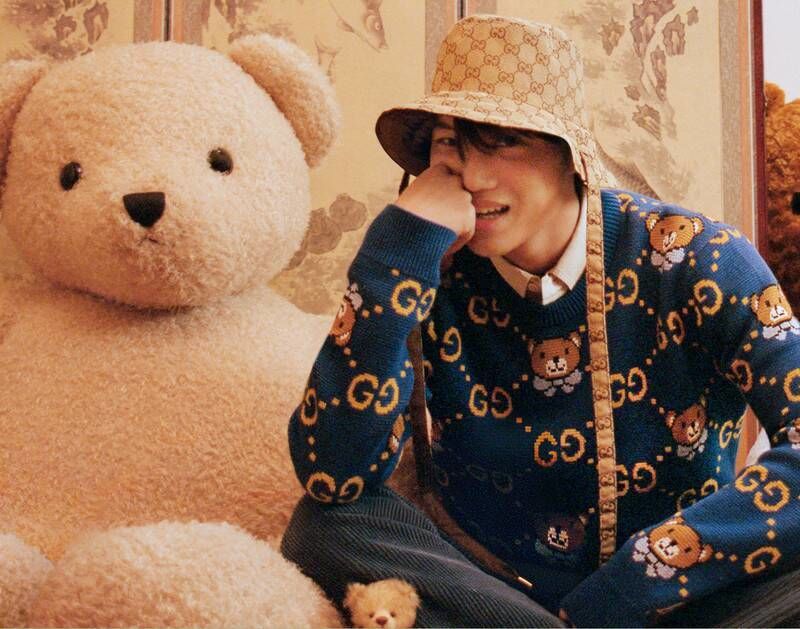 Fans of EXO's Kai would know that the singer has a huge fondness for teddy bears. Over the years, he has proudly donned teddy bear-themed jackets, jeans, and even pajamas, and shown off his adorable personal collection of teddy bears. This year, Kai is sharing his love for these furry creatures with everyone through a limited edition collection of apparel and accessories launched in collaboration with Italian luxury fashion house Gucci.

To celebrate the launch of KAI X GUCCI, Kai also started a dance challenge on TikTok.

Learn ##KAI’s dance moves and share your own with ##KAIxGucci 🧸

The KAI X GUCCI collection is available via Gucci Korea's online store as well as at select Gucci retail outlets. 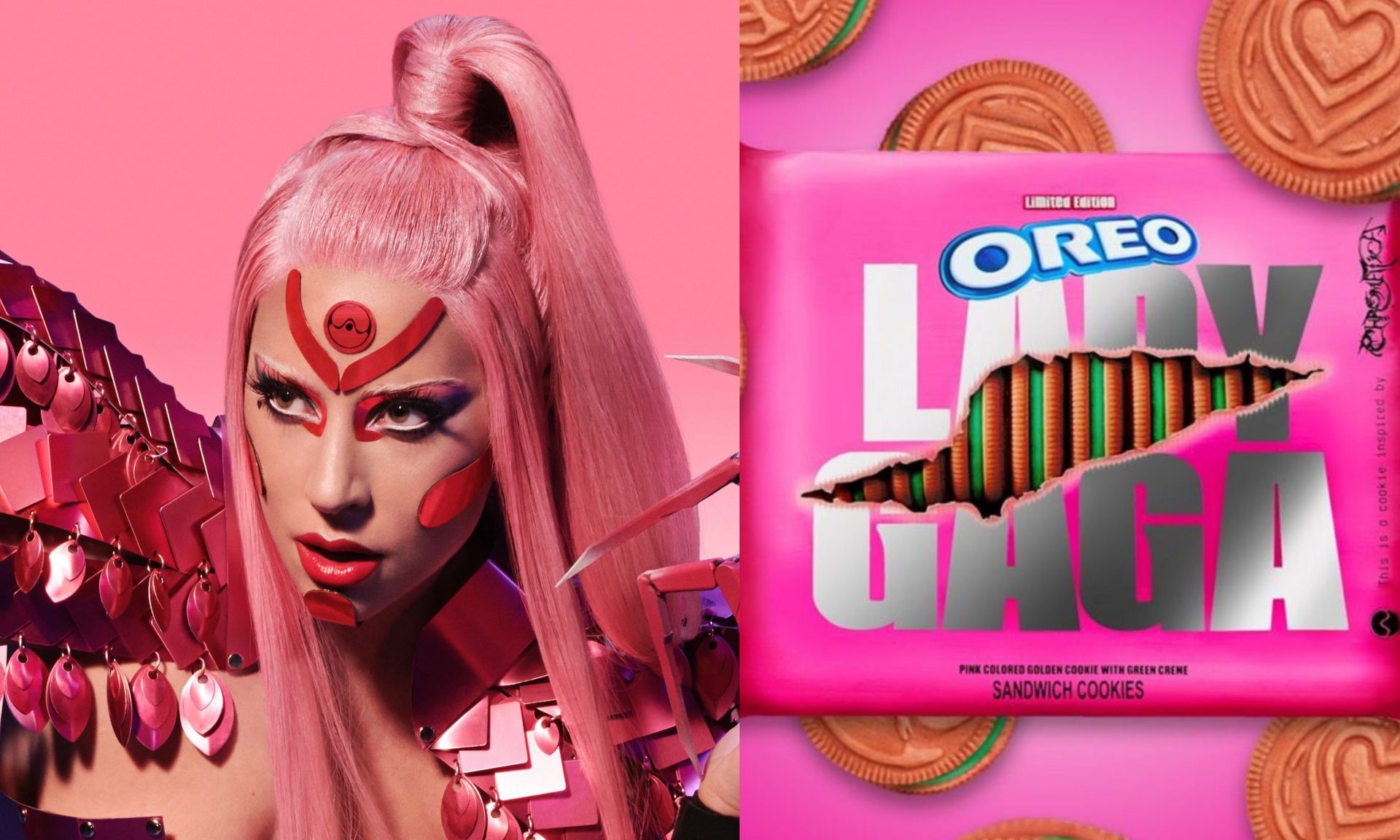 While they are most recognisable when they are in black and white, OREO cookies have taken on a number of different colours since they were invented more than a century ago. Created in collaboration with Lady Gaga, this pink and green variation of the beloved snack is themed after 'Stupid Love' singer's Chromatica era and inspired by her fans, called "Little Monsters". 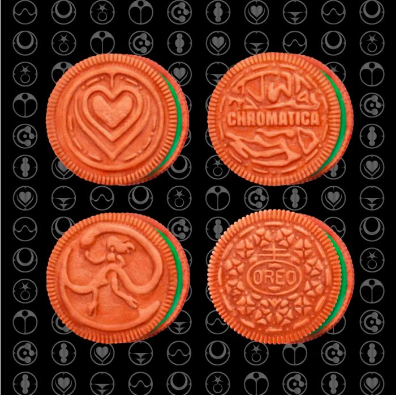 Aside from infusing the cookies with Chromatica's colours, OREO manufacturer Nabisco has also carved images synonymous with the album, such as the 'Stupid Love' heart and the album's cover art, into all Lady Gaga-inspired cookies. 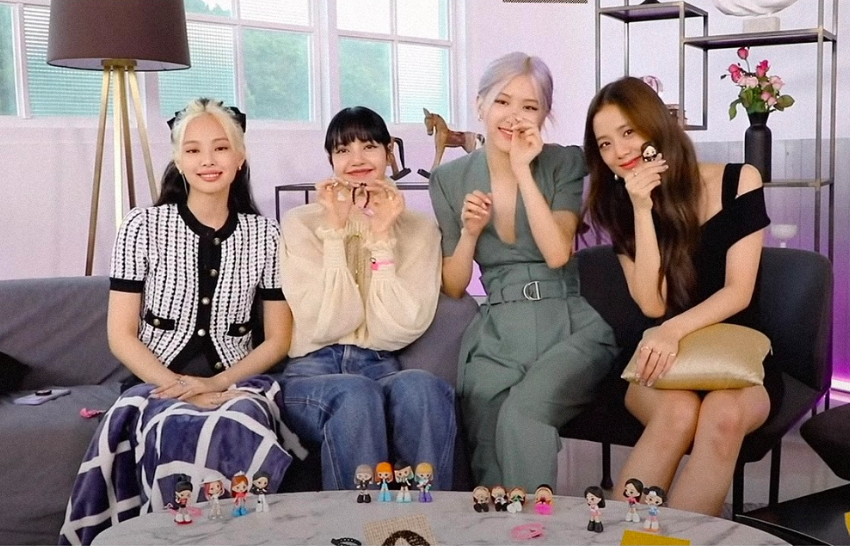 From Jennie's massive sunhat to Lisa's crystal-covered glasses, BLACKPINK have sported a number of memorable looks in their music videos over the years. Now, thanks to the South Korean sensations' collaboration with Florida-based toy company Jazwares, BLINKs can add miniature versions of BLACKPINK in their most iconic outfits to their personal collections. 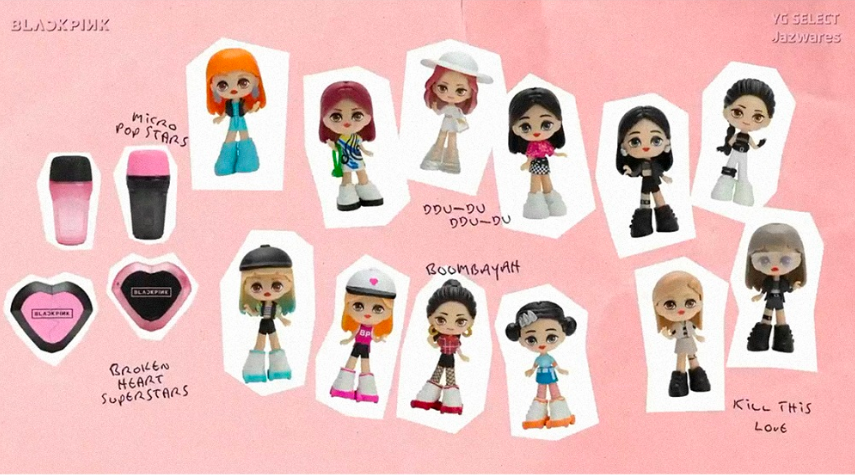 Named "Micro Pop Stars", the collection comprises a total of 12 mini-figurines modelled after Jennie, Lisa, Jisoo, and Rosé's looks from three eras — 'BOOMBAYAH', 'DDU-DU DDU-DU', and 'Kill This Love'. The figurines are packaged in black and pink microphone-themed cases, each containing a random member in a random outfit. If you're hoping to recreate scenes from the quartet's music videos in your room, then you should probably start collecting these pocket-sized toys.

The BLACKPINK Micro Pop Stars figurines are available via the YG Select Store. 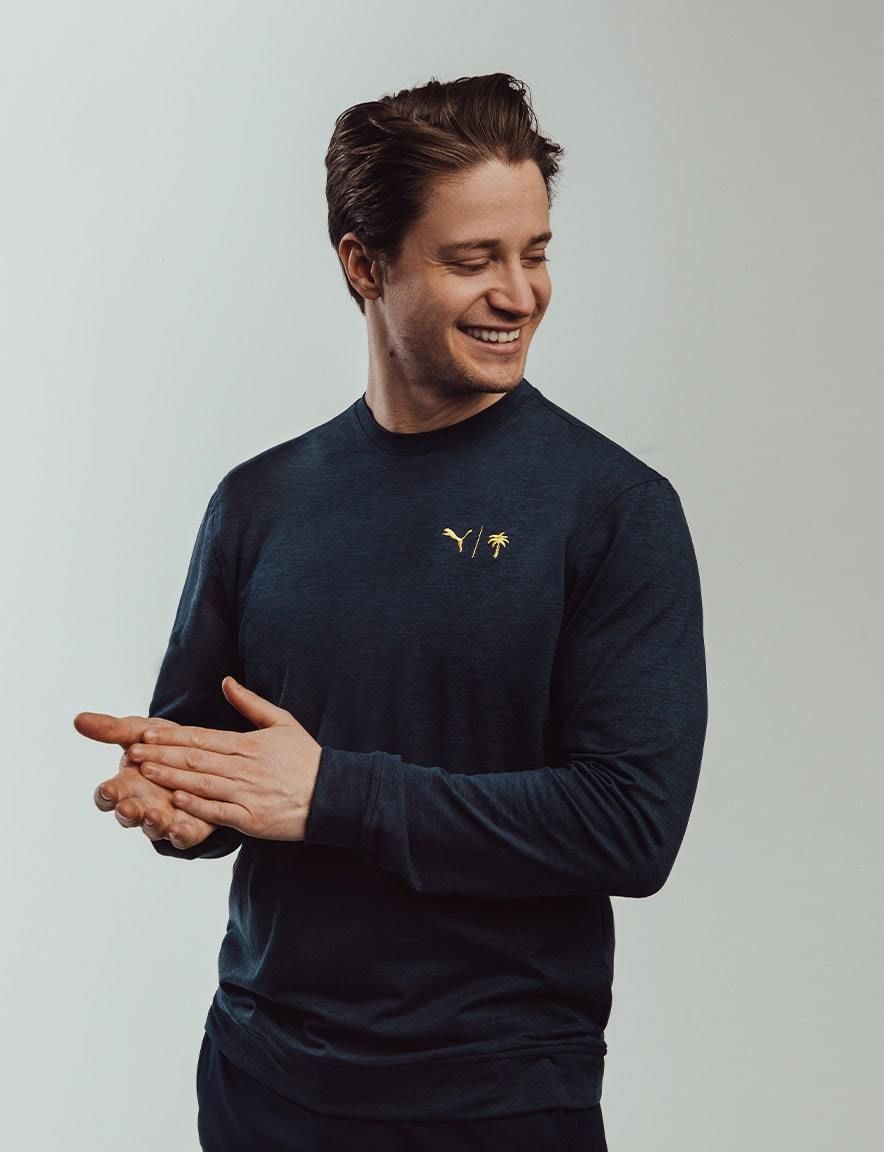 Featuring PUMA's branding and designs inspired by the tropical aesthetics of PTC, KYGO's lifestyle brand, the collection includes items such as polo shirts, a long sleeve t-shirt, shorts, snapback caps, golf shoes, and a belt. PUMA Golf X PTC's products are perfect for golfers who value both comfort and style while they are on the golf course. 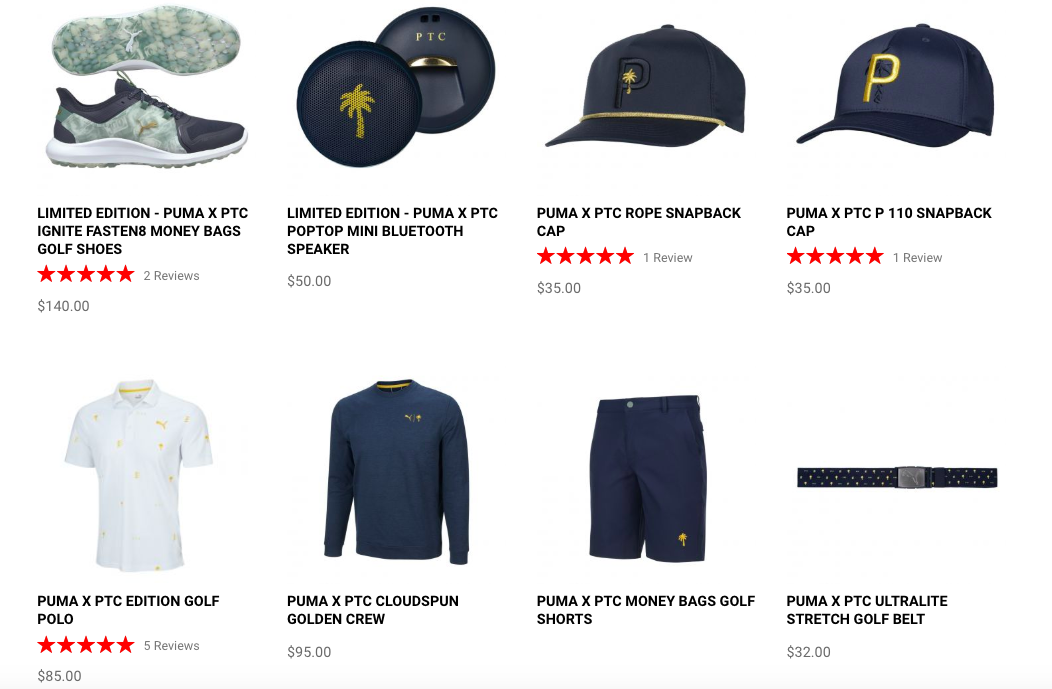 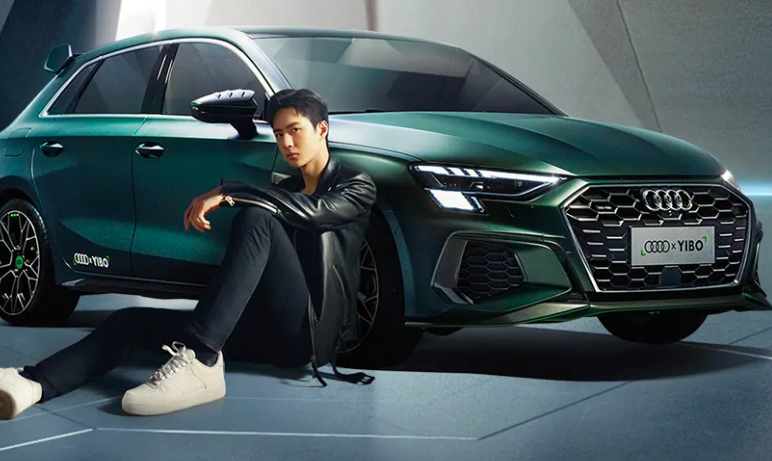 Besides being the brand ambassador of Audi's Elite Club, Wang Yibo has also partnered with the German automobile manufacturer to create a new iteration of its A3 Sportsback car. Named "Audi A3 Wang Yibo", the updated version of the vehicle comes in two colours, manganese black and matte Gotlan green, and is available in a limited quantity — only 23 units are in existence at the moment. 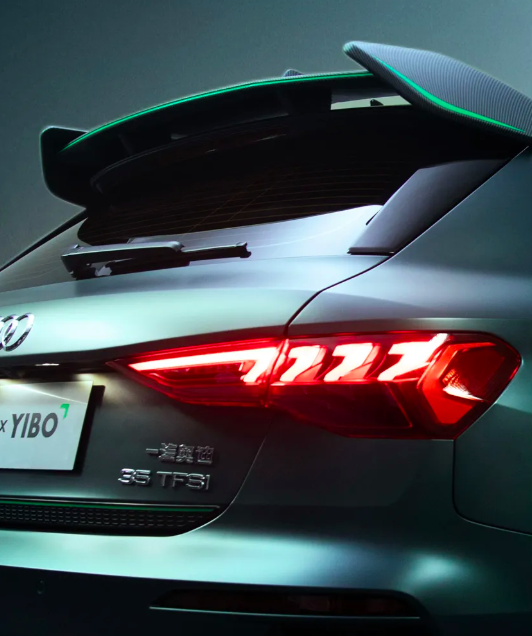 According to iNews, the car is priced at ¥268,500 and comes with brand new features inspired by Wang. These include an Audi X YIBO front plate, Audi X YIBO welcome lights, as well as the Chinese singer, rapper, and actor's signature on the dashboard. 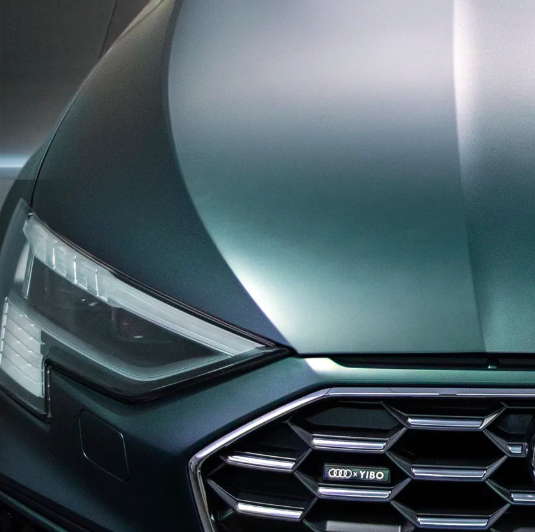 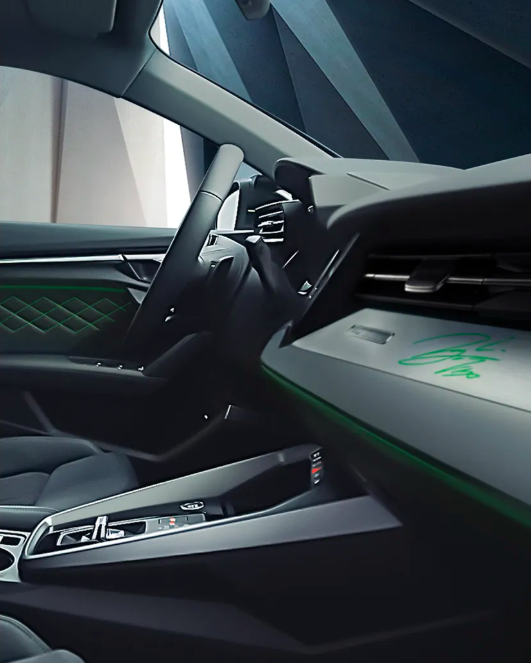