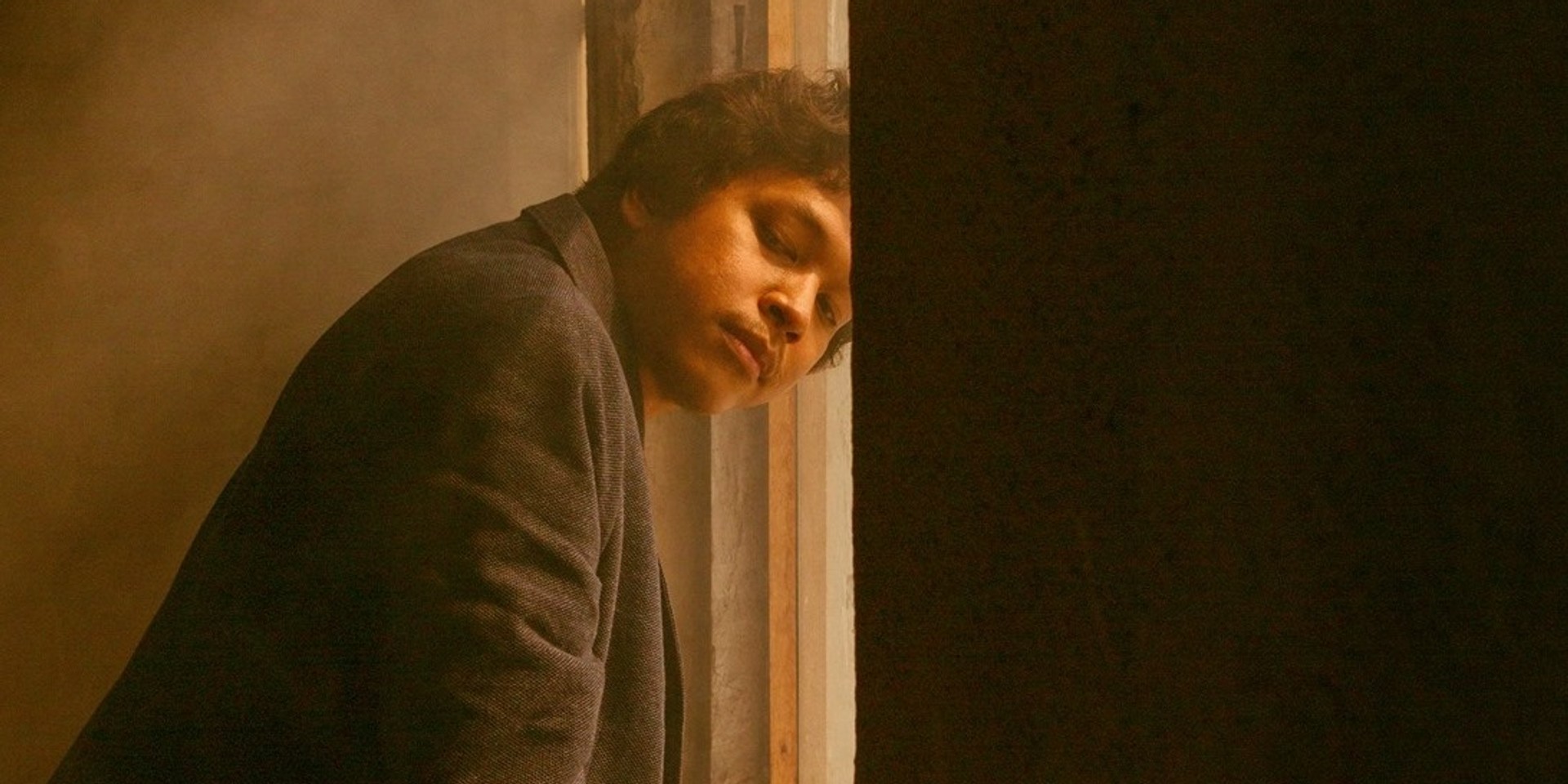 Baskara Putra's journey as a musician began with a struggle.

The vocalist of Indonesian rock band .Feast grew up alongside his brother, a session guitarist who used to play with the likes of Gerald and Marco of Barasuara, Putra constantly felt overshadowed by his brother's talents.

"I’ve always had this interest in music but I guess I was too scared to practice seriously at home because my brother would jokingly sneer at me for playing like how I used to play. That took a toll on my confidence in pursuing my interest," said Putra. 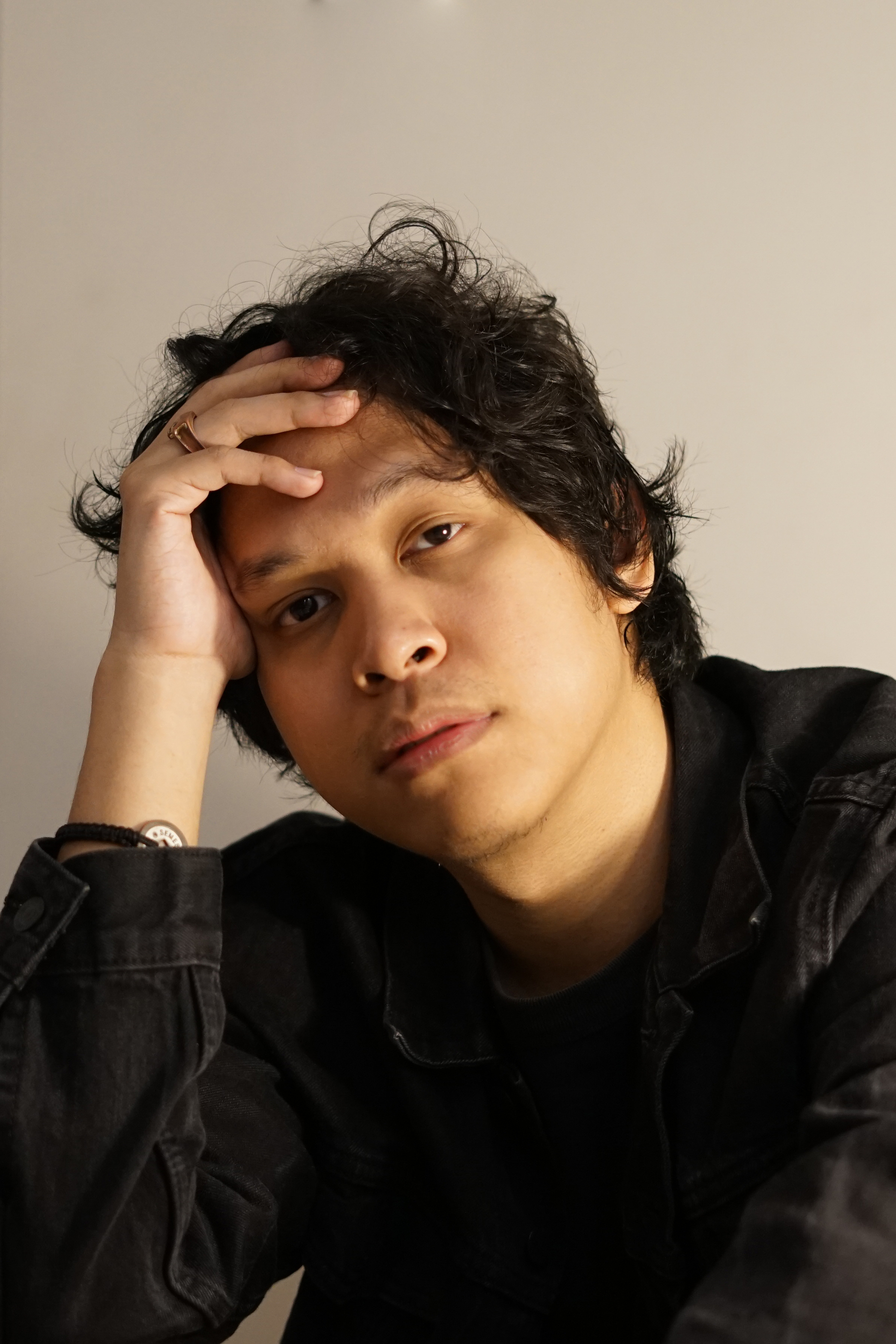 Determined to create music without being weighed down by the judgemental gaze of his brother, Putra took his music-making out of his household and started playing in small bands in middle and senior high school. After years of renting makeshift practice studios, Putra found his place among a group of like-minded individuals during his years at Universitas Indonesia’s Faculty of Political and Social Sciences, which eventually led to the formation of .Feast in 2012.

As a Communication Sciences graduate, Putra shared that his passion for writing landed him a number of writing gigs, from scriptwriting for theatre plays to copywriting for campaigns. Despite it all, music persisted as the most natural medium for him to convey his feelings, so he decided to dedicate his entire life to music-making.

"Somewhere along the way after .Feast was formed, I found out that I could condense any story—however long it is—in just a span of three to five minutes in a song. In any other form, the same story could take five pages full of words, or a two hours duration to see it from start to finish, but not in music," shared Putra.

Led by Putra, the five-piece rock band .Feast rose to prominence in Indonesia and is highly revered for their revolutionary sound which seeks to broadcast a wider political message to the nation. Drawing on traditional Indonesian music to develop their characteristic nationalist sound, their most popular singles 'Peradaban', 'Berita Kehilangan', and 'Kami Belum Tentu' have been sung at political demonstrations in Jakarta and regarded as anthems of the radicalised.

In 2018, Putra decided to pursue another identity as a solo artist, channelling the warmer, mellower side of him into his alter ego as Hindia. Having listened to the likes of John Mayer, New Radicals, Circa Survive, and Bon Iver from young, Hindia allows for hints of his sentiments to surface as he leaves his brash, aggressive facade behind.

"I want to be recognised as a singer/songwriter, not just some frontman of some rock band."

"I try to balance out both of my personalities. Both have some steam to let go so that I could function properly as an adult in real life. Through .Feast I try not to be bitter and resentful outside of my songs, and through Hindia I learn to archive my feelings and not let them be a piece of baggage for me to carry so that I don’t feel too sombre and mellow," said Putra.

"I think both are extreme emotions that need to be let out in the open through a healthy, responsible way so that they don’t eat you up inside later on," added Hindia.

Hindia debut's album Menari Dengan Bayangan showcased his rich musicality built up over the years of being a seasoned musician, featuring collaborations with the likes of Matter Mos, Petra Sihombing, Sal Priadi, and more. While Hindia enjoys collaborating with friends in the music scene, he is not one to collaborate just for the sake of doing so.

"It is a very important process in making these guests ‘sit’ right within a song. I’ve come to dislike the idea of making a collaborative song and asking someone to make one for the sake of just having a shared project," said Hindia. "The need to ask someone to be a final piece of the puzzle in a creative process needs to arise organically."

Released shortly after his debut single 'Evaluasi' was 'Secukupnya', which is Hindia's most popular song as of today. Surpassing more than 56 million streams on Spotify in less than one year, 'Secukupnya' was the very single that catapulted Hindia to fame within two months of his debut, with him being crowned Best Newcomer at Indonesia's prestigious Anugerah Musik Indonesia (AMI) Awards in 2019. The song was also picked up by film director Angga Sasongko and featured as part of the soundtrack of the film Nanti Kita Cerita Tentang Hari Ini.

'Secukupnya''s success came as a surprise for Hindia, who never expected fans to enjoy it more than 'Evaluasi'. He shared that for a period of time, 'Secukupnya' was not a personal favourite for him.

"I learned to love the song just like everyone else, even though I am slightly irritated whenever the song comes out in public when I’m out trying to buy groceries, haha. I’m not used to hearing my voice in public," he said. 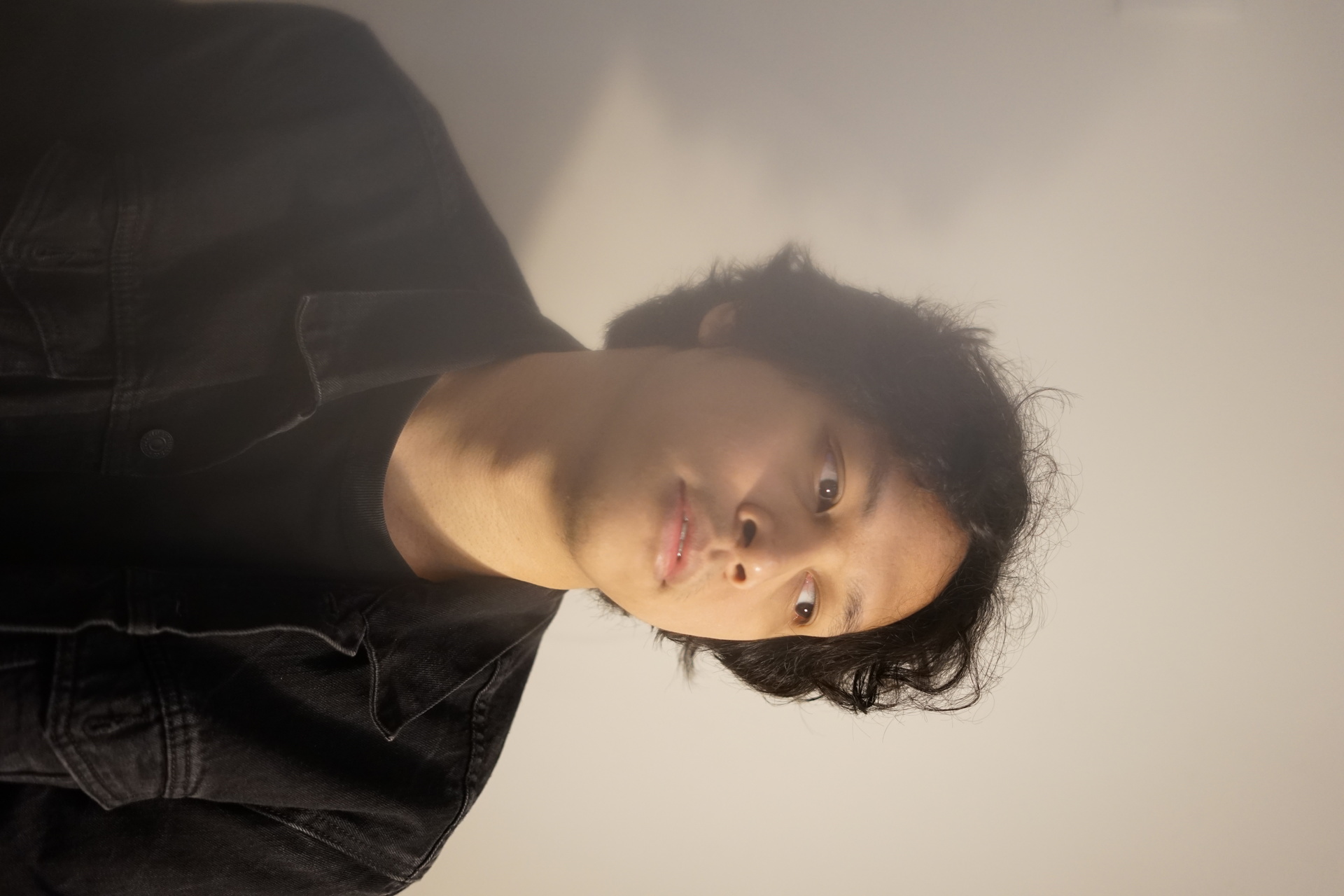 Apart from battling his duality in music, Putra also runs his independent music label, Sun Eater, which oversees the day-to-day management of .Feast and Hindra. With the impacts of Covid-19 still lingering in Indonesia, he is busy moving into a shared house and studio with his bandmates, as well as caring for his new kitten.

"I’ve just adopted a new baby kitten plus my older cat is a bit stressed out because this house is new for him so things have been pretty hectic lately hahaha," Putra shared.

While Putra writes all of his music in Bahasa Indonesia, he shared that he found writing lyrics in his mother tongue to be more challenging than writing in English and he hopes to rekindle his love for writing in English once again.

Drawing upon the likes of K-pop as an example, Hindia shared his personal views that English may not necessarily be the defining factor in helping musicians reach a wider audience.

"Language as a barrier in music is constantly challenged by a lot of artists from around the world. A lot of people, myself included, can also enjoy a lot of foreign songs without needing to know the exact meaning right away," Hindia said.

"At the end of the day, I believe that we can find common connections in many different ways as humans."

Hindia will be performing at We The Fest 2020's Virtual Home Edition. Pre-register for tickets here.

Listen to the rest of Hindia's hits here: