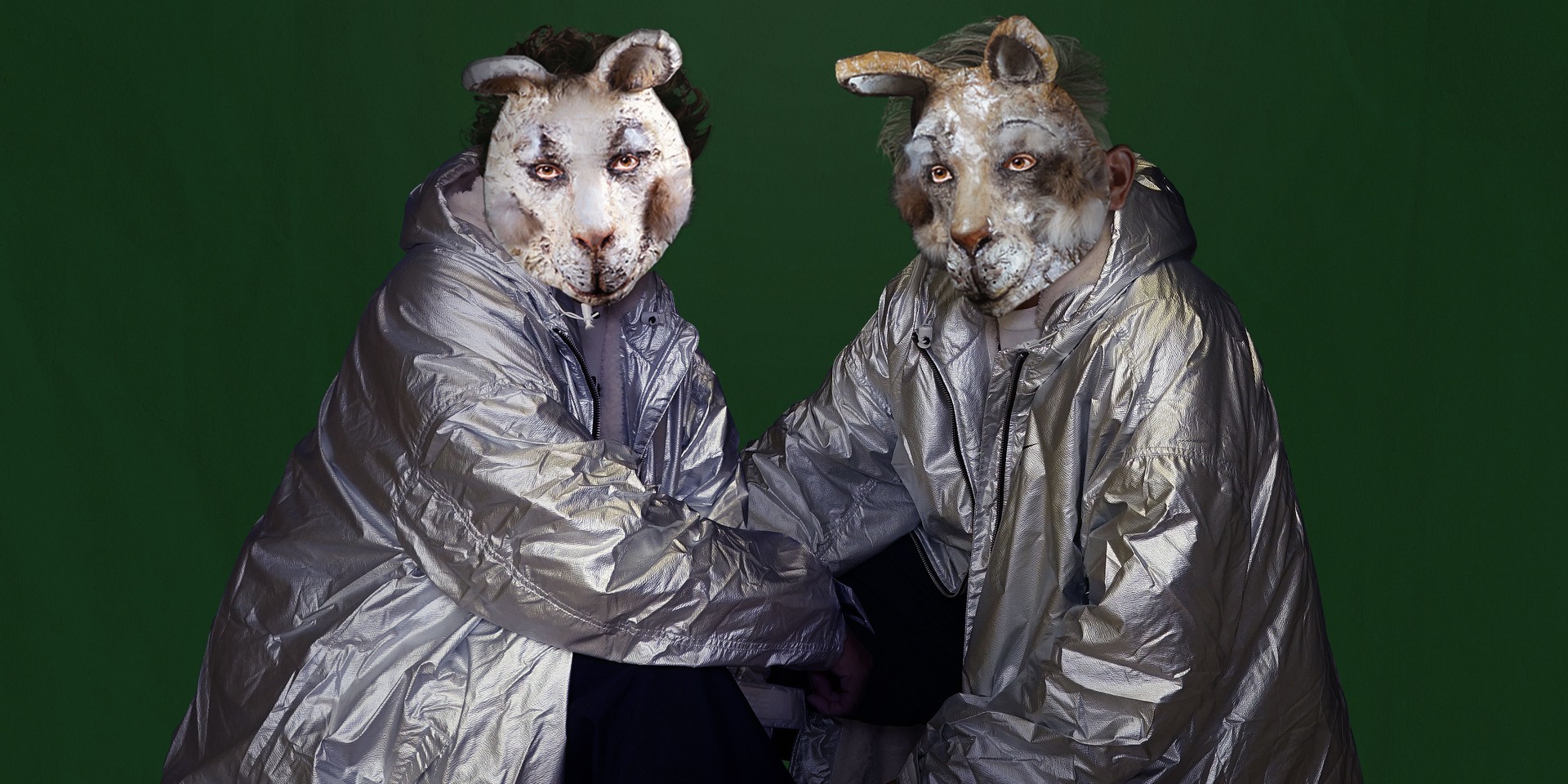 Seeking to reinvent the diminishing genre of Asian electronic dance music, the duo came together in 2017 and embarked on their mission to collaborate with vocalists, producers, and instrumentalists from Japan and the rest of Asia. While two men in animal masks waving energetically in front of a DJ turntable with a sea of raving fans is indeed a sight, it's captivating how AmPm forged a path for themselves by letting their sound speak for themselves rather than their countenance.

"No matter how good the song is, the judgment can change based on looks, and similarly, one can also encounter prejudice based on nationality. [Hence,] we chose anonymity to give emphasis on the music as much as possible," they said.

"For as long as we’re musicians, we really want to compete purely in terms of music."

Having donned furry polar bear masks back when they played their first show at SPOTIFY ON STAGE 2017, the duo soon moved on to rabbit masks later on, a visual identity that has stuck around ever since.

Despite keeping their identities a mystery, AmPm shared that they hope to establish their roots, which is their Japanese descent: "Nationality and race may be hidden by wearing masks, but they are not intended to erase our identities, but instead to announce that we are in fact Japanese and Asian."

The duo's most remarkable single to date still holds as 'Best Part of Us', their debut single which soared beyond 10 million streams on Spotify in six months. Featuring Japanese singer-songwriter Michael Kaneko, the irresistibly catchy beats and chorus that reminds one of the heyday of EDM is nicely complemented by the unassuming, minimal texture which does not overwhelm the senses.

On the success of their debut, AmPm shared that it would be a challenge to associate a particular meaning to the song. "But I think it may have become a song that could stick with any person in the world. It’s a song that we can relate to in our daily lives," they said.

The unexpected success of 'Best Part of Us' led AmPm to play their very first show in Indonesia at SPOTIFY ON STAGE, which made them the only Japanese musicians who performed at Spotify's first Asian live music event. Despite being the only fresh faces among the headlining acts DNCE and NCT 127 as well as Indonesian artists Dipha Barus, Isyana Sarasvati, and Raisa, they were pleasantly surprised by the crowd's enthusiasm towards their music. It was comforting to hear the audience sing along to their songs, especially with their opening-act nerves.

"We were the first act of the event but the people welcomed us. We got goosebumps on stage and were just really happy. We still get excited now when we think of that time," they said.

Thinking of themselves as a medium rather than a pair of artists, AmPm champion collaboration in part and parcel of what they do. Inspired by the likes of 88RISING and K-pop global projects, they hope to create music that can be listened to regardless of roots. Aside from collaborating with Japanese artists such as Michael Kaneko, Nao Kawanmura, Hiro-a-key, and more, their international collaborations have seen Singaporean artists including Haneri in '3AM' and brb. in 'Sorry That I Love You' sharing the spotlight with the duo.

Our first international collaboration with @ampm.tokyo and @toochocoholic ⁣is going to be released soon! 06.11 Super excited to hit the road with Ampm on our last leg of the tour in Japan!

AmPm had also worked on 'Is This A Game' with Malaysian singer-songwriter Talitha and producers such as Singapore's Evanturetime and Japan's Chocoholic earlier this year.

Compatibility forms the basis of consideration when AmPm look for artists to collaborate with. They emphasised that vocal quality was another aspect that they value in collaborators.  "We emphasize vocal quality since it is one of the important elements in our music and because it is also valued by fans of the artists we collaborate with," they said.

Having worked with Kawanmura and Kaneko individually in many of their previous singles, AmPm's latest drop 'hurt you' is a first which features both artists together. The soft reverb in the opening is later juxtaposed with the heavier beats, but without losing the dream-like quality of the floating, sustained chords. "We think it’s a song that captures all of our endeavors so far," the duo shared.

"The world view expressed in the lyrics depicts feelings of a man who has lost love, but I think regardless of nationality, men have experienced this at least once."

Although AmPm's plans to travel to collaborate and perform abroad fell through due to the pandemic, they still have managed to make the best out of 2020 and release music regularly. As the year draws to a near, they hope to release two more collaborative tracks to end the year with a bang.

"We have always had plans, but all of a sudden there is so much happening and we’re not sure of what’s ahead. For the time being, we just hope the world improves so as to get out of this situation as soon as possible," they added.