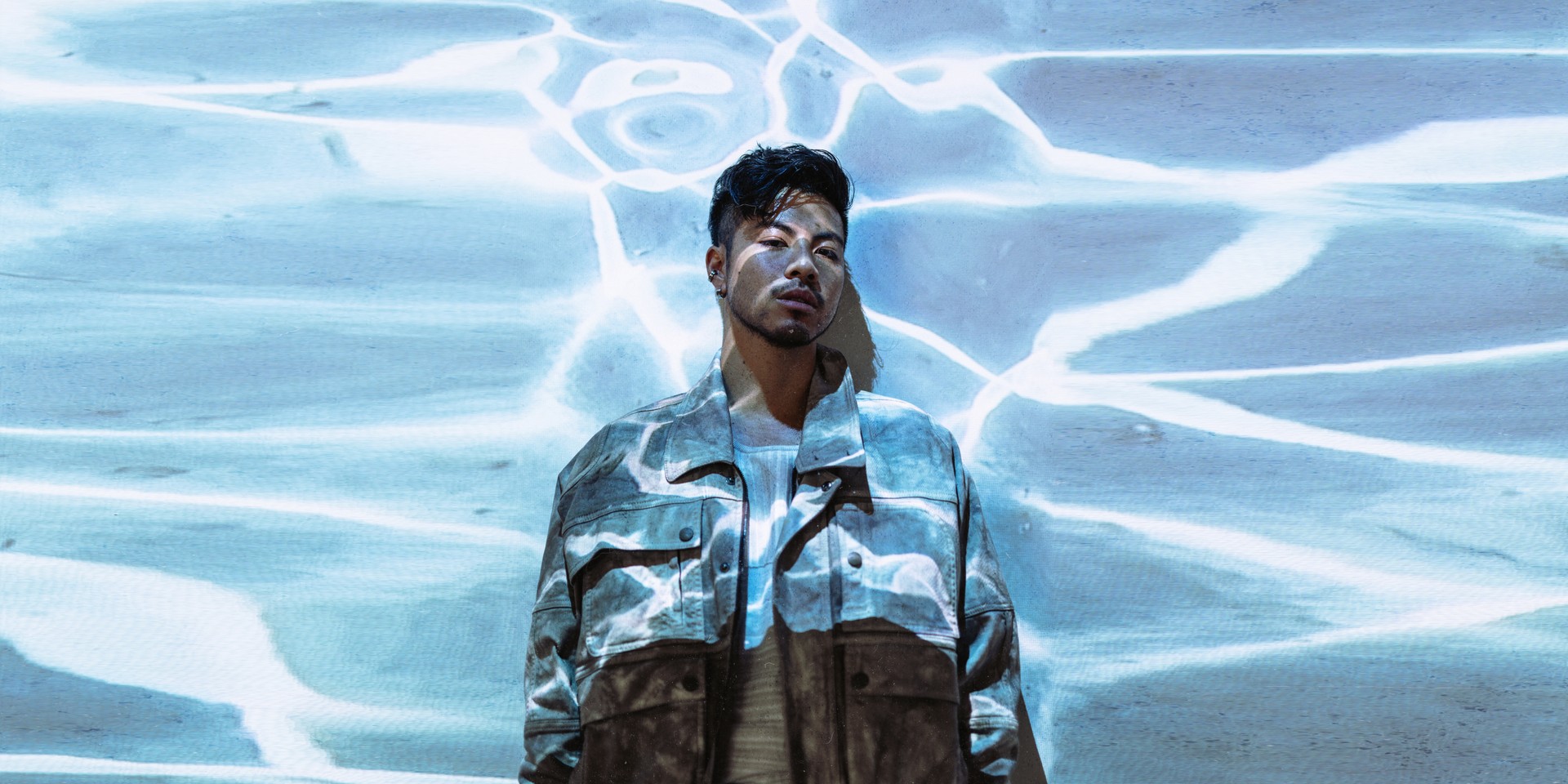 A collection of heartache and grief and a celebration of life and love, this is what to expect from Benjamin Kheng’s debut EP, A Sea That Never Stops.

The Singaporean alt-pop artist started his music career as a member of the pop-group, The Sam Willows, but now he unleashes waves of emotion and captivating stories in his first EP release as a solo artist. Taking musical influence from an array of genres, Ben explores a new sound that bridges the musician he’s always been and the musician he wants to become. “I wanted it to be a more honest account of who I was and what I dug music-wise, so it has some strange elements that I’m super into but might be kind of awkward for other people,” Ben tells Bandwagon.

The six-track record, appropriately titled A Sea That Never Stops, gracefully traverses the profound and often rocky depths of the human experience. The EP features three new tracks, ‘ ‘Shiny’, ‘Already Home’, and ‘Make Do’, alongside three previously released singles, including ‘Wicked’ which was accompanied by a self-directed music video by Ben.

Beyond music, the ‘Lovers Forever’ singer has been up to quite a lot. From developing content for The BenZi Project to posting comedy sketches on TikTok, Bandwagon caught up with Benjamin Kheng to see how’s he been kept sane during the Circuit Breaker period and to talk more about A Sea That Never Stops.

Hi Ben, congratulations on the release of the EP! How has the response been so far? We saw that you did a listening party on Zoom with some of your fans, how was that like?

Hi Bandwagon, thank you! The response has been very kind and I have had no death threats yet. The listening party was fun. We had lyric videos and games and talked about life. It was like a kid-friendly KTV. We definitely want to throw more intimate get-togethers where we can.

Many people are intrigued by your videos on TikTok. What pushed you to start making skits and sketches on the platform? Tell us, how do you get the ideas for your TikTok videos?

When you hit a certain point in your career that nothing can embarrass you further.

People sh*t on the platform because all they’ve seen on it are questionable young kids doing questionable “simpy” things, but there’s some really creative people stretching that platform. It’s honestly mad inspiring.

For the video ideas, I probably just had too much home time this Circuit Breaker period. 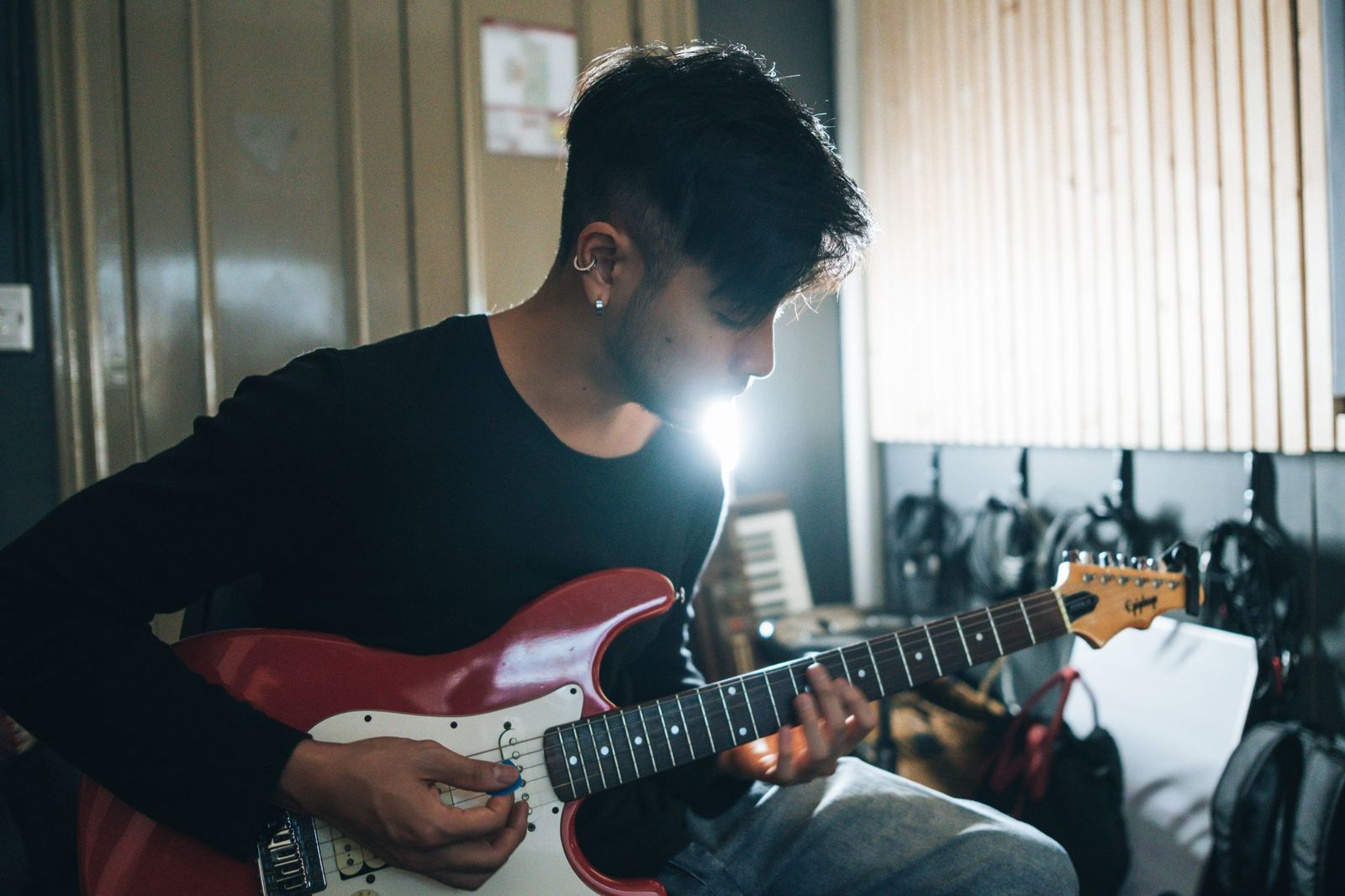 You dabble in a lot of things. From being a musician to an actor to working on the BenZi Project, how do you do it? How do you find the balance? Do you have any tips to keep the creativity flowing and avoid burning out?

I’m basically very non-essential. Also, I don’t recommend it! I’m really only this way because I like a bunch of things and get bored easily.  A variety of projects allows me to voice my thoughts in different ways that aren’t a shady tweet. For anyone with a hectic career, you’ve got to remember to refill the jug. Go spend a day scrolling through YouTube, pick up a good book, watch something trashy.

Check out the stories behind A Sea That Never Stops:

My favourite of the bunch. Shiny was written last in the project, on our last writing day. James Angus and I messed around on the Prophet till we found a synth patch that made us go “damn we need to write a song around this.” We did it, and then threw in the choir vocals a few months later.

The [entertainment] industry is full of very shiny people, and so the song was kind of written around that idea of being tired of the shine. The lyric video for this is a fun one too.

Wicked features the spectacular vocals of Dru Chen, RRILEY, Ethel Yap and Dominic Chin. People don’t really know this but up until a few weeks before release, the single was called something very different. Risky stuff, because the title of the song is sung so many damn times. It wasn’t inappropriate or anything, but it might’ve made people go “hmmmm…???”. Once I landed on Wicked, everything felt more in place.

I’ve been hacking at this damn song for 5 years. Early embarrassing 2015 voice notes of the song’s melodic hook are on my phone, and I’ve tried to write around it for years, but it’s always been trash. I finally enlisted the help of writer, Alex Syps and one genius, Evanturetime to give it the lift it needed. It pays to not be selfish with ideas. We couldn’t record a choir for COVID reasons, so the amazing Lisa Haryono stepped in and stacked her vocals to heaven.

The main refrain came from a working scene of a mother and child on the run, and the idea of her singing a folk song of comfort and mourning.

Everyone who covers this song sings it better than me.

The experiment was to try and write “timeless”, then mess with production (something that I felt folks like iNCH, Charlie Lim and Linying do amazingly). I still feel like the song isn’t done, and it could use a near-complete overhaul. But I need to learn to shut up at some point. I’m definitely happy with this version, and happy that we found a home for the feeling.

I wrote the verse, piss drunk, on a kitchen island in Bali. I don’t remember much of it but iPhone Voice Memo remembers.

Though the song doesn’t have much recognisable acoustic guitar elements, there’s lots of acoustic guitar in it. We pretty much made every single possible noise from an old 000-series Martin in the studio, and sampled the hell out of it. This song nearly didn’t make the record, in favour of a few others. I’ll be honest, I had to be convinced of the song, even after we finished it. But something about it felt comfortingly simple. James Angus also smashed the production in this one.

The song’s a pretty straight-up ballad till the drop (oooh a drop). Again, the genesis of that was a nice afternoon of fooling around with hardware (again the Prophet) till we found a cool bells patch that worked with a comping riff I was doing on the keyboard. James engineered a couple of delay layers and did some production magic, I yelled a bunch of “woah-oh’s” as I usually do, and the drop was born.

It was the first song we wrote on our first day at our Sydney writing camp, just James and I. There’s usually an unspoken but incredible amount of pressure when writing with new people, and the first day is always very telling, especially when you don’t have downtime to shoot the shit and be bros. But this one felt easy, with us instinctively knowing how to complement each other.

Check out the full EP here: