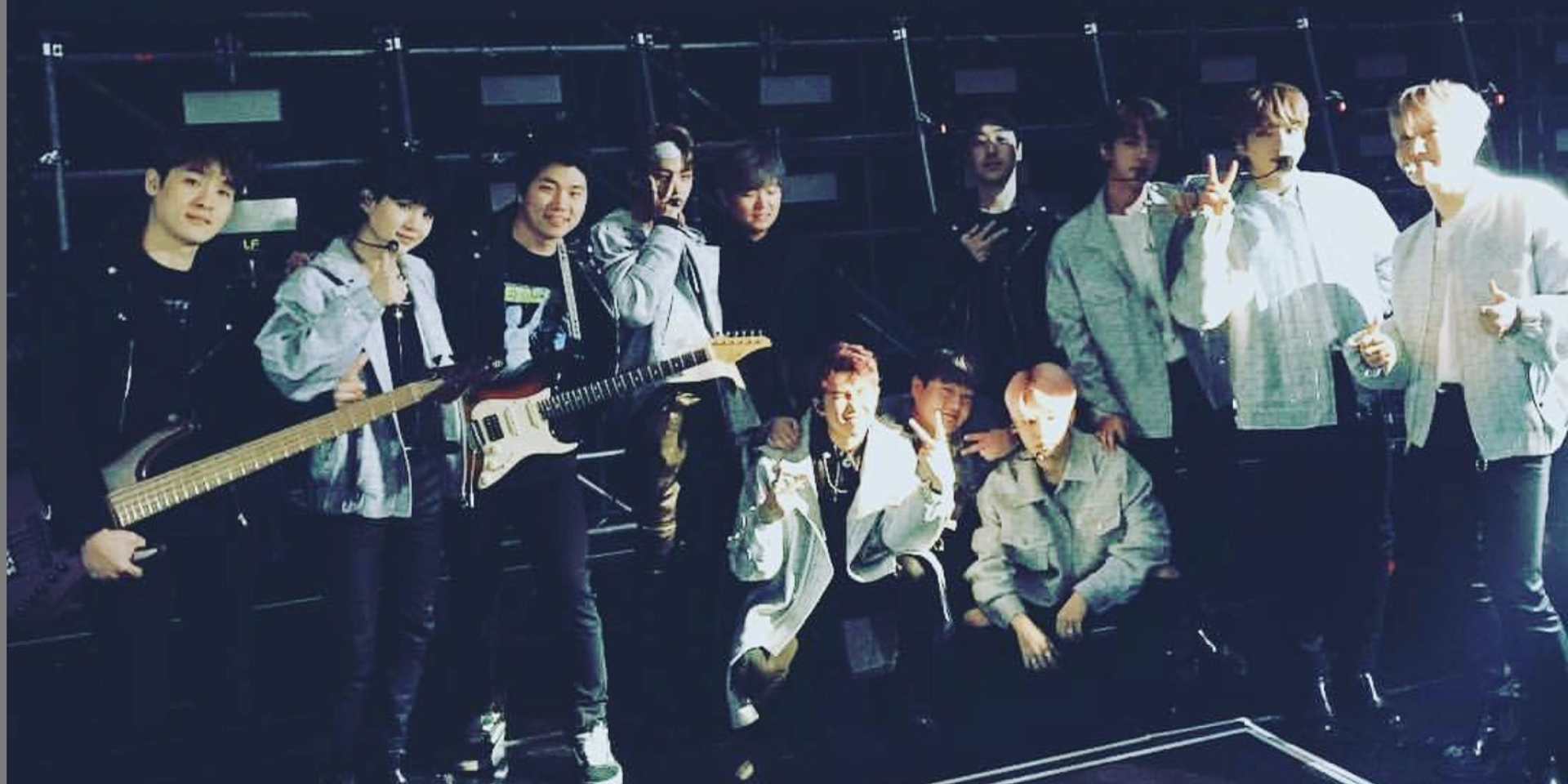 In an Instagram post on 30 July, the Ghost band member,singer-songwriter, and producer posted a photo of him backstage with his fellow bandmates and global superstars BTS during The Wings Tour. In support of BTS' second Korean studio record, Wings, The Wings Tour took place throughout 12 countries across the globe, with a total of 40 shows in 2017.

Over 550,000 fans went to The Wings Tour concerts, making it BTS' second-biggest tour after Love Yourself Speak Yourself Tour.

Due to the ongoing coronavirus pandemic, BTS' live concerts have been postponed indefinitely, but Ghost band has continued to support the group in a number of online live band performances. Comprised of khaN (drums), Kim Kiwook (bass), Docskim (keys), Soowan Chung (guitars), along with Shyun Kim (guitars), who has subbed for Soowan in several outings, the band has played for BTS' NPR Tiny Desk debut, MTV Unplugged guesting, and most recently, BBC Radio 1 Live Lounge.

BTS' BigHit Music labelmates TOMORROW X TOGETHER (TXT) also got to work with Ghost band recently, for a performance of their guitar-driven single with Korean R&B singer Seori, '0X1=LOVESONG (I Know I Love You)'.

In an interview with Bandwagon, khaN shared how grateful he is to be working alongside both BTS and his Ghost band members: "I still have dream-like moments. In the process of their growth through time, I feel I developed my skills alongside them. The spectrum of arrangement and sound that I thought I couldn’t do just a few years ago is now possible. I’m always grateful for BTS and my best colleagues, the Ghost band members."