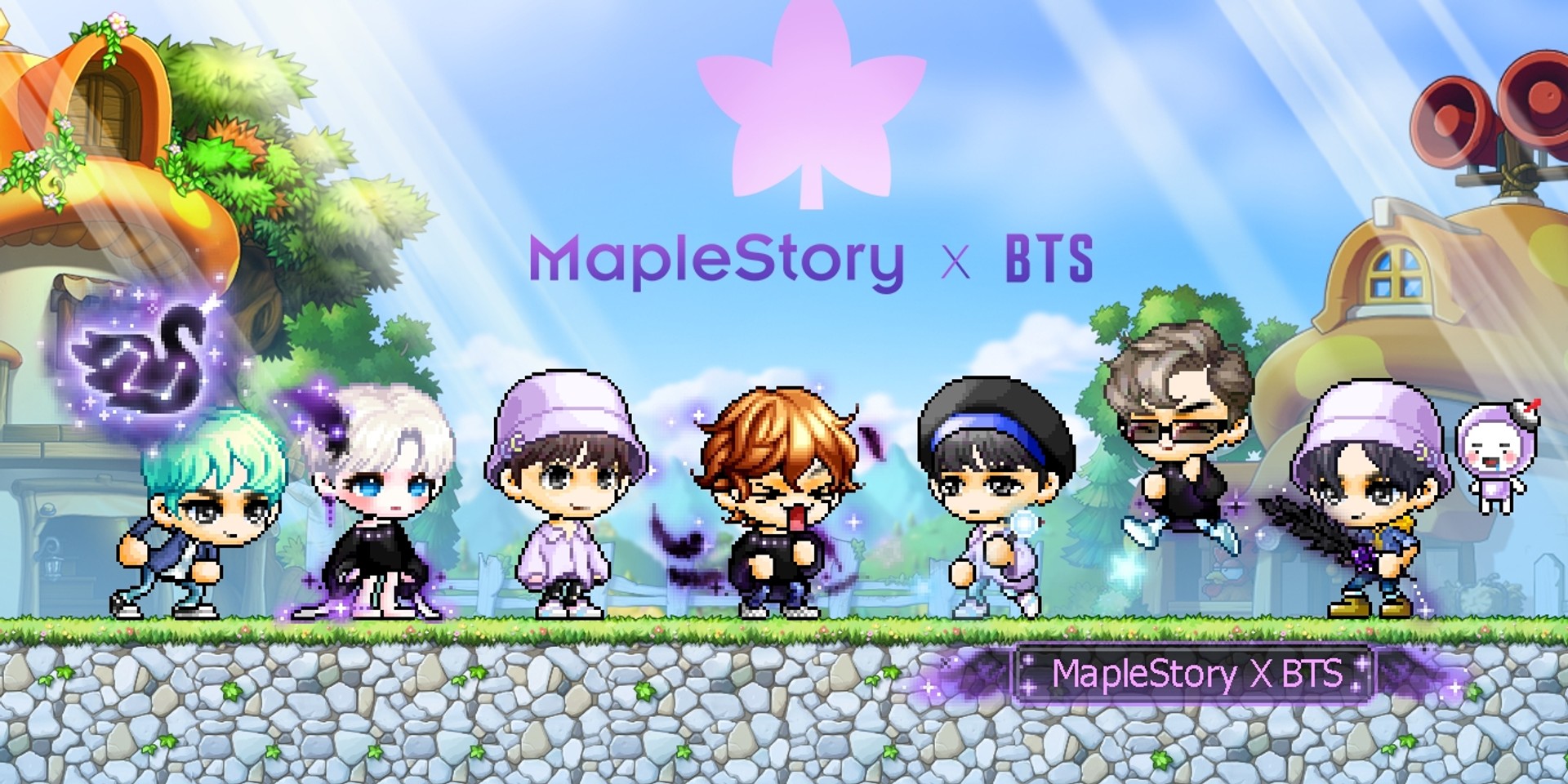 After the explosive release of their studio album, BE, last week, the global superstars are back to announce more new material.

On 24 November, Nexon’s multi-player online video game, MapleStory, announced the collaboration with the pop titans on their social media channels.

Okay, we give up. We can't hold it in anymore.

MAPLESTORY X BTS IS HAPPENING!! We were sure no one could be as excited as us.. until they showed up!🍁👀

Are you ready for the most monumental MapleStory crossover ever?! Is anyone more excited than us?! Well, maybe BTS is...👀▶️Watch: https://t.co/VijzuN95WA
Let us know if you're excited too!👉More: https://t.co/MywKLmPdaB #MapleStoryM #BTS #MapleStoryXBTS #방탄소년단 @BTS_bighit pic.twitter.com/3IwnkGBoun

MapleStory is a free-to-play side-scrolling MMORPG developed by Wizet, where players defeat monsters as they travel and explore Maple World.

In a teaser titled ‘BTS Dreams Come True’ that was released via MapleStory’s official Youtube channel, the BTS members are seated in a conference room as they spoke fondly about their memories playing the video game, sang the game's theme song, and were all indubitably thrilled for the exciting partnership.

RM and Jin are both known as avid players of the game, and especially for Jin who mentioned in the clip, "When my item got destroyed, I almost paid Nexon a visit."

The MapleStory x BTS collection will feature items designed by all the members, including special ARMY bomb and 'Black Swan' sets. Fans can get the limited edition items from December 17, 2020 until January 21, 2021.

It's finally here!! From the genius of BTS comes the ultimate MapleStory crossover items, available in-game!

Check out the full collection here:

In several posts on fan community platform Weverse, Jin has shared his MapleStory adventures, including his plea to get the name "BTSJin" for his account.

🐹 Every time I play Maple[story], I also wonder why I didn’t make my nickname ‘BTS’
Whoever has the nickname ‘BTSJin’, please please give it to me pic.twitter.com/o1Uu5BCI8H

This is not the first time the international pop stars crossed over to the gaming world. Earlier this month, T1's League of Legends team guest-starred on BTS’ variety show, RUN BTS to play Gang Beasts and Fall Guys.

They also previously joined forces with Fortnite for the world premiere of their choreography video for the Billboard Hot 100 hit, 'Dynamite'.

On top of their streak of gaming collaborations, BTS have also transformed themselves into the characters for their own interactive mobile game, BTS Universe Story, as well as 2019's BTS World.