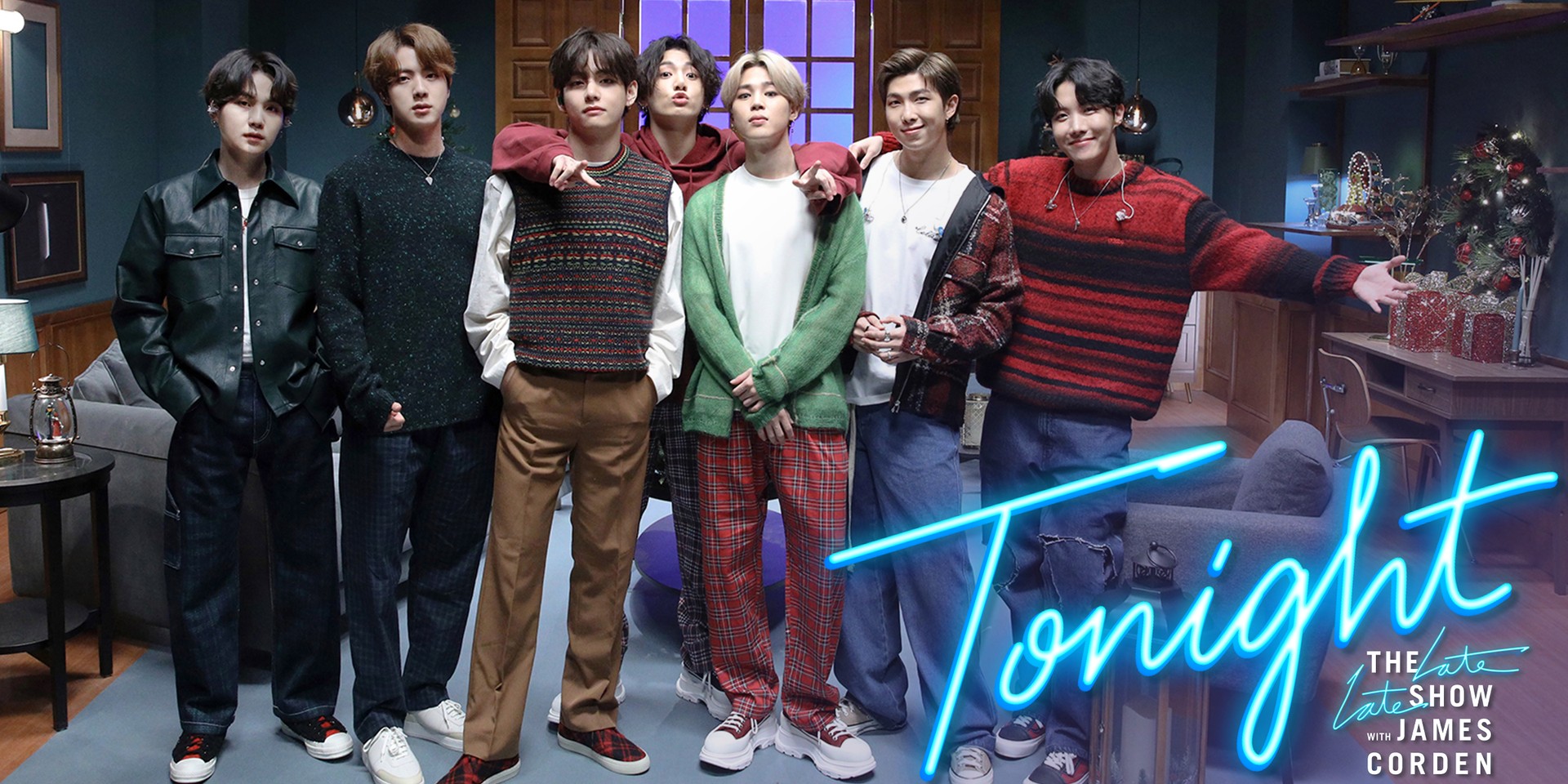 BTS are back on The Late Late Show with James Corden.

On 23 November, the global pop stars performed 'Life Goes On' and 'Dynamite' as a closer for the 2020 American Music Awards. The group picked up 2 wins - Favorite Social Artist and Favorite Pop/Rock Duo or Group.

In a tweet, James Corden (also known as Papa Mochi) shared that BTS will be performing 'Life Goes On,' in support of their latest album, BE.

Surprise! Our BFFs @BTS_twt are performing "Life Goes On" on tonight's #LateLateShow!

At a press conference held last 20 November, RM, shared that 'Life Goes On' is "our way of providing healing and consolation that life continues to go on, it is a simple message but it is also a profound truth."

Spotify lets you find out which song you are from BTS' new album, BE

Jungkook went behind the camera to direct the music video which features the members in an environment that emphasized " reality and sincerity and authenticity." The Life Goes On' music video reached over 67 million views on its first day of release and has since amassed over 119 million views on YouTube as of press time.

Fresh off the announcement of their very first Grammy nomination, BTS made their way back to The Late Late Show stage with Jimin (a.k.a. Baby Mochi) as host.

The group performed 'Dynamite,' which was recently nominated for Best Pop Duo/Group Performance at the 63rd Grammy Awards.

In a tweet, host James Corden shared how got "emotional" with the group's performance.

This performance from @BTS_twt tonight genuinely made me a bit emotional. The effort they put into it, the vision to recreate our set. Extraordinary. It made all of us so proud x 💜https://t.co/w7GlEL8ipw