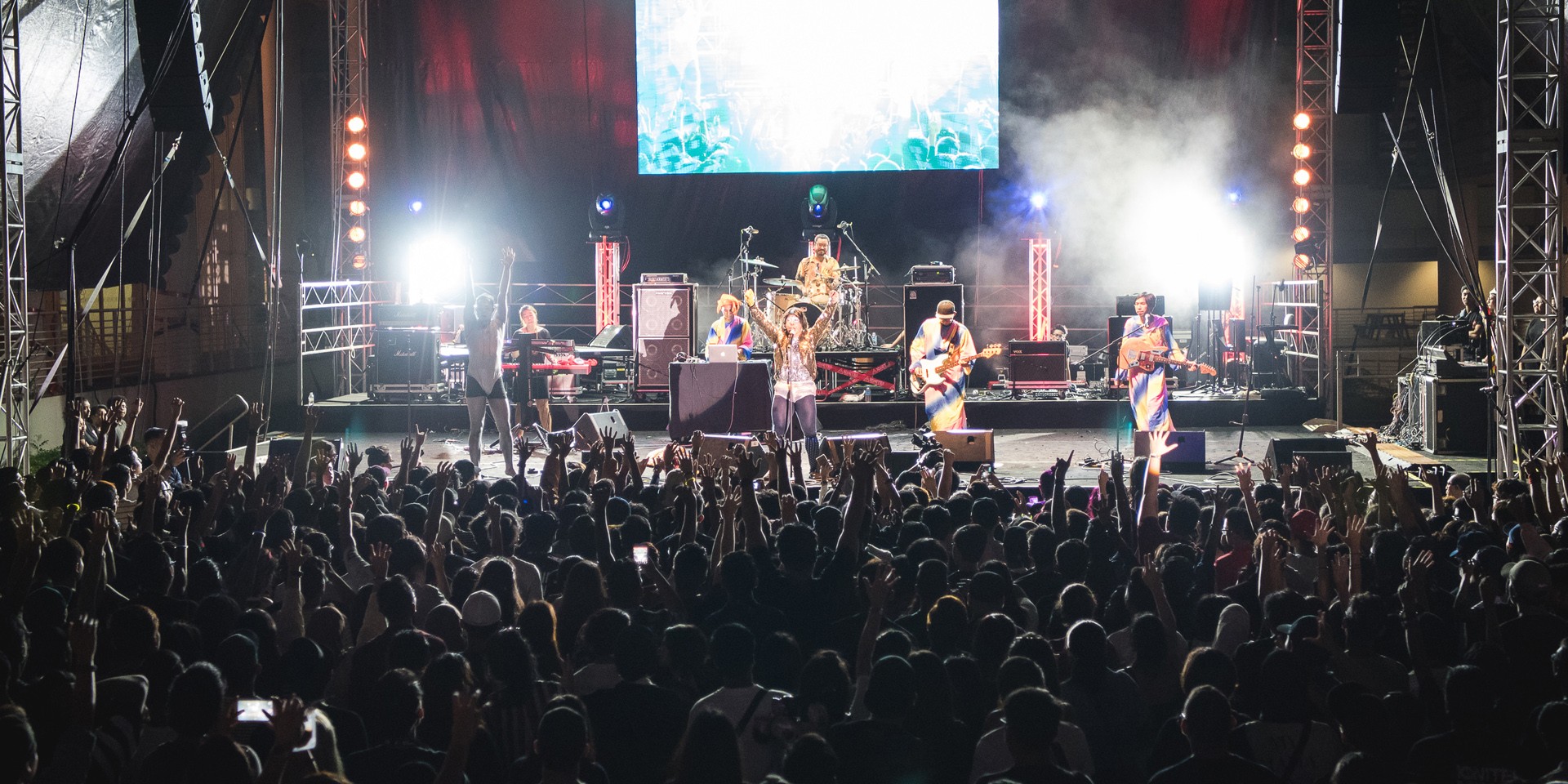 With just three months left to go in 2017, we're still left with an abundance of major concerts coming up, with tickets selling out or already sold out. There may not be a chance to watch Ed Sheeran, Harry Styles and Backstreet Boys, but here are 18 other shows you can catch before 2017 ends.

All events are linked to pages with more gig details. 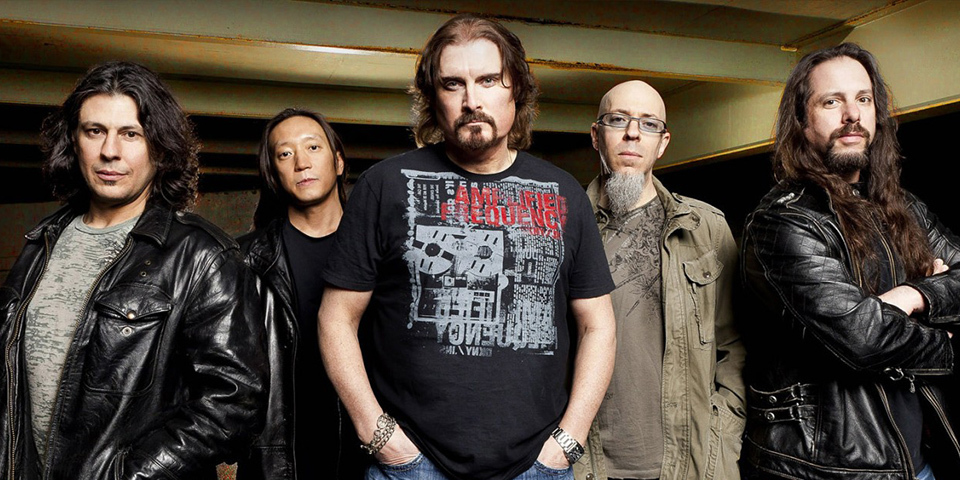 Where: Zepp@BigBox
When: 3 October, 8pm

Dream Theater will be returning to Singapore on October 3rd as part of their Images, Words and Beyond Tour. The tour commemorates the 25th anniversary of their best-selling album, Images and Words — the album that arguably set their career alight. 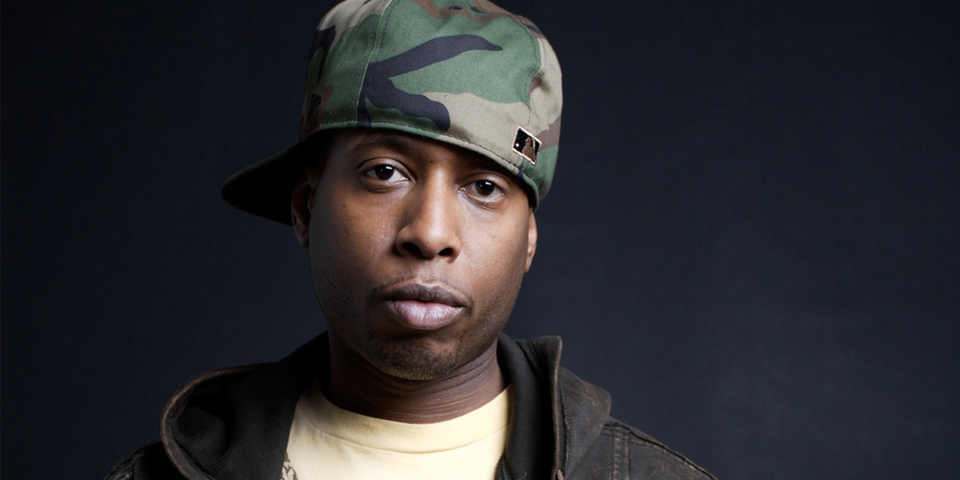 Anyone who knows their hip-hop would know Talib Kweli, legendary MC and former one-half of rap duo Black Star, which also introduced the world to Yasiin Bey (aka Mos Def). Injecting rhymes with irresistible wit and social consciousness, Kweli's live debut in Singapore will mark a special one as he performs at Kilo Lounge. Local DJs JNR & Drem are set to open. 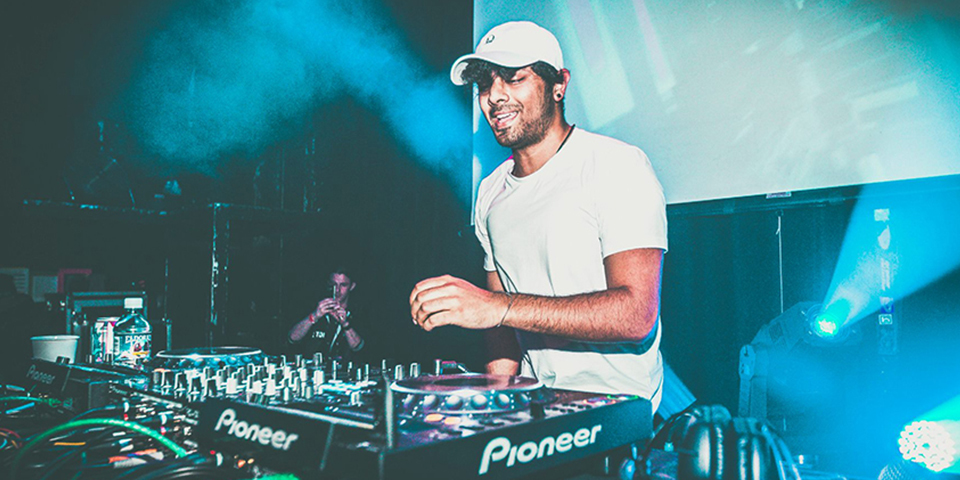 Where: Zouk Singapore
When: 6 October, 9pm to 3am

Jai Wolf (real name Sajeeb Saha) was scouted and discovered by Skrillex — the indie-electronic artist gained wide-spread recognition when his remix of 'Ease My Mind' was turned into an official remix by Skrillex, so that should say heaps about his talent and skills. The Bangladesh-born, NYC-based producer will be performing at Zouk Singapore as part of his 'Kindred Spirits Tour 2017'. 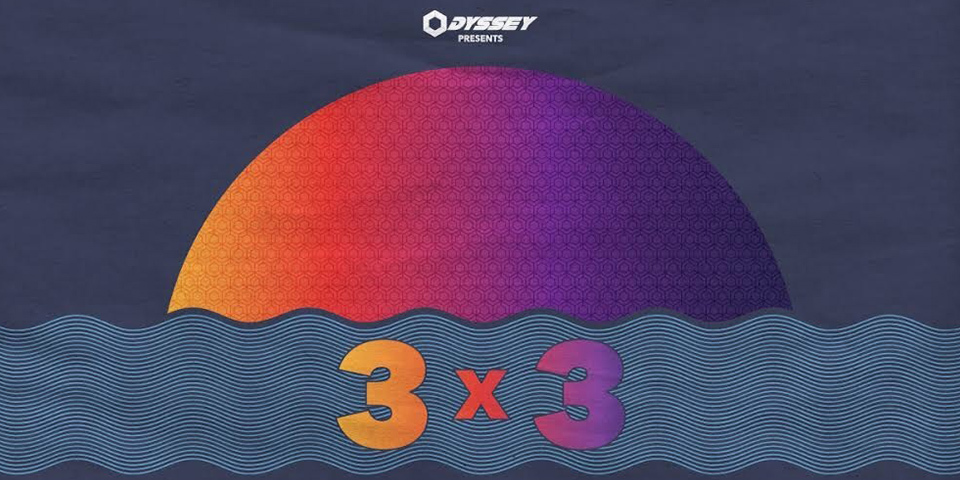 Where: Wave House Sentosa
When: 14 October, 3pm to 3am

As recently announced, the full day and night party features the line-up of Booka Shade, The Magician, Stwo, Eli & Fur, Electrokat, Jasmine Sokko, Inquisitive and Fyan H x Vanan M. Admission is free if you sign up via the iGo app available on the Apple Store or Google Play Store. 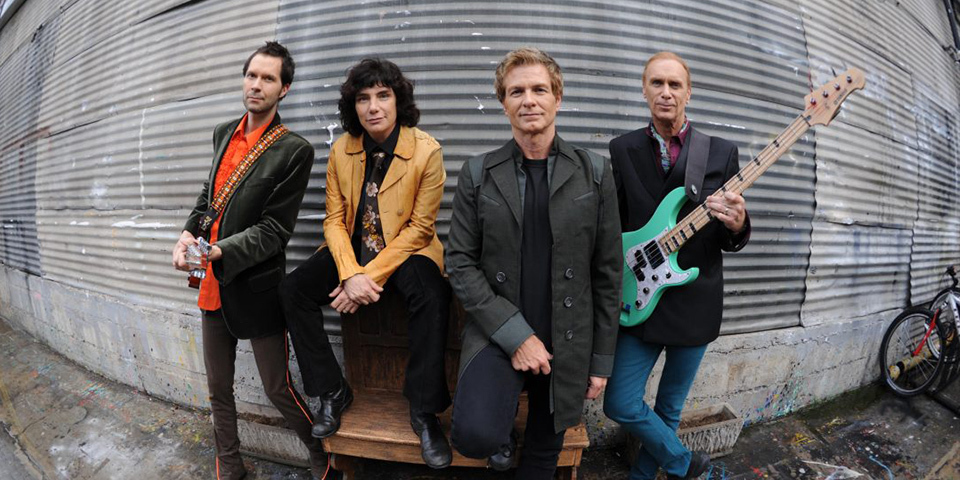 After three years of absence, hard rock luminaries Mr. Big will be returning to Singapore for a one-night only performance at Kallang Theatre, as part of their Defying Gravity World Tour.

The band was formed in 1988, and have since amassed a huge following worldwide, as well as a long list of hits — check out our guide to the band's discography, as well as our interview with Pat Torpey, founding drummer of the band. 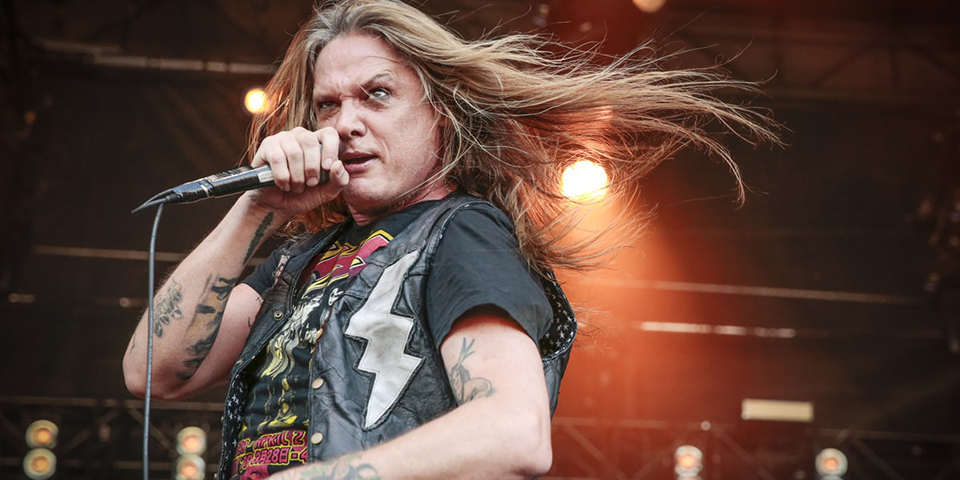 Where: Kallang Theatre
When: 18 October, 8pm 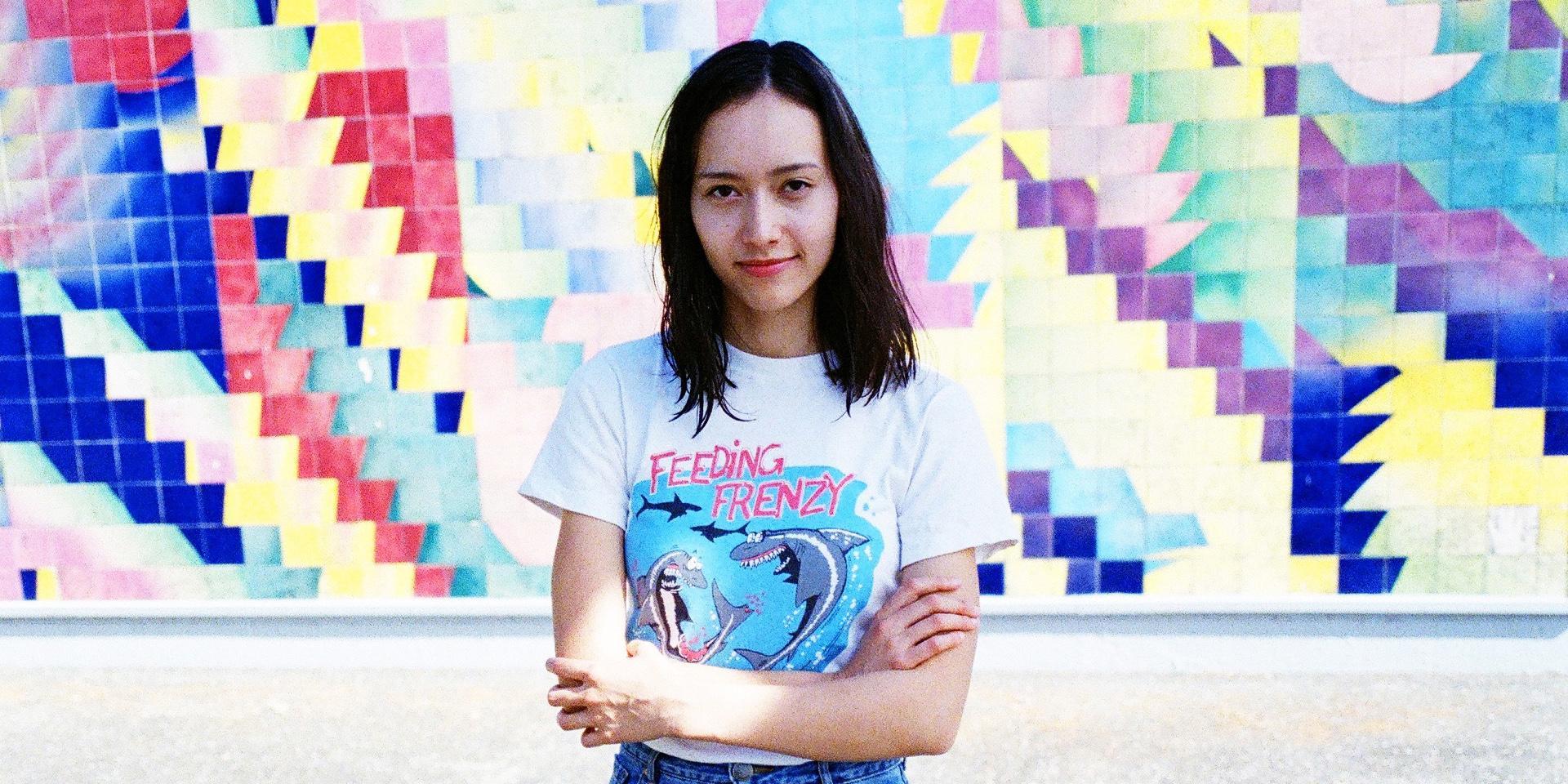 The brainchild of one Amelia Murray, the New Zealand act will be performing at Decline on October 20th, in a show presented by Songs For Children and Other Sounds. Fazerdaze recently released her debut album Morningside. 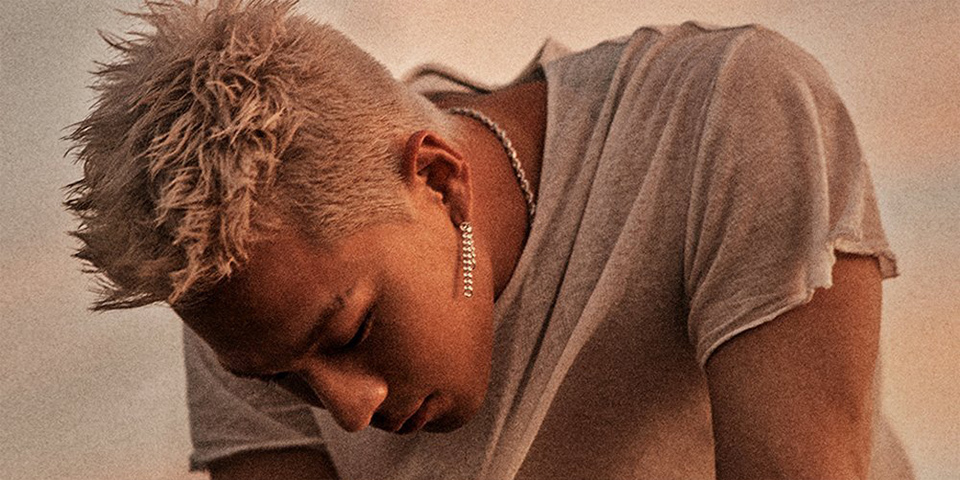 Where: The Star Theatre
When: 27 October, 8pm

Taeyang is set to make his return to Singapore on 27 October for his world tour <White Night> before his mandatory military enlistment due next year. The K-Pop star, who also serves as 1/5 of BIGBANG, is renowned for his unique tone and powerful vocals. Although ticket details have yet to be announced, you definitely shouldn't miss out; after all, it'll be a full two years until we'll see Taeyang (or the rest of BIGBANG together) again. 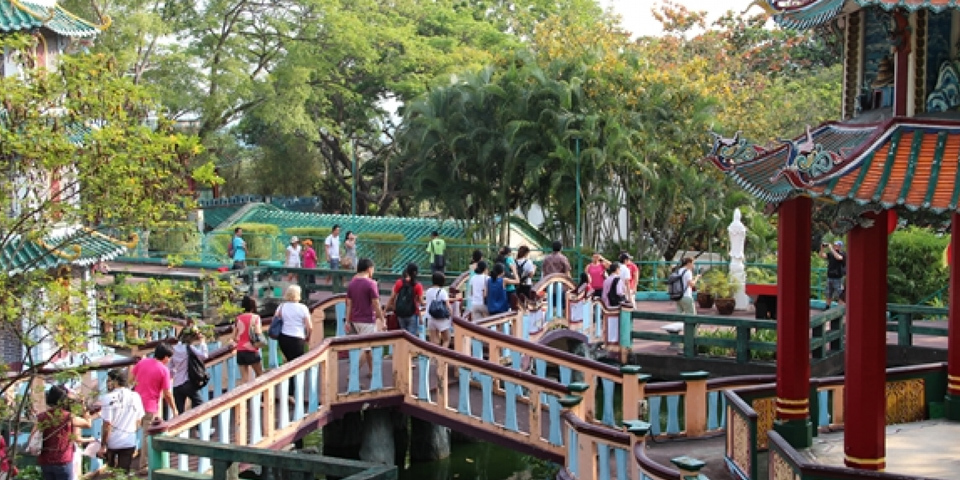 Taking place at Haw Par Villa, the festival features a plethora of local acts, with the line-up including artists such as M1LDL1FE, Sam Rui, Wicked Aura, Amateur Takes Control, Axel Brizzy and more to be announced.

Noise Invasion is being held in conjunction with Halloween, so festival attendees are free to come dressed as outrageously as possible. A spooky, instagrammable location, tons of talented acts, plus an art market and food street — what's not to love? 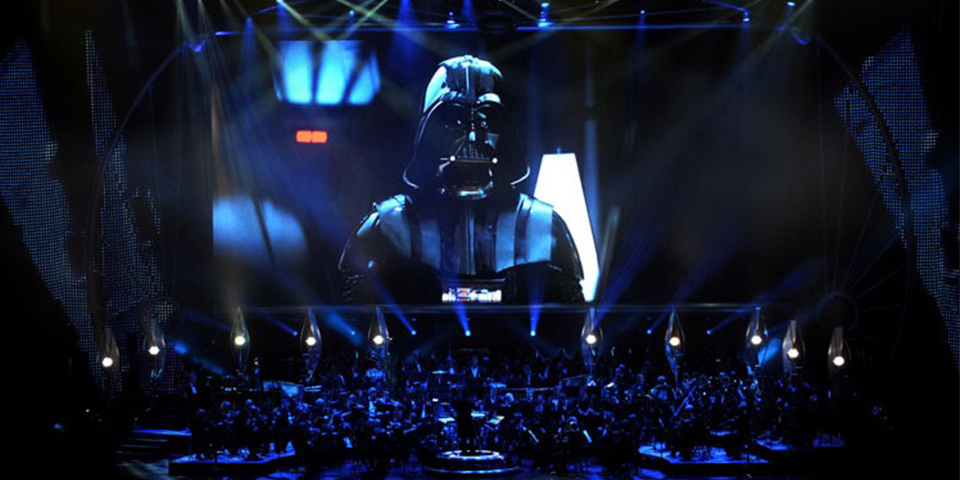 The Esplanade Theater will play host to the first-ever Star Wars concert held in Singapore. Academy-award winning composer John Williams' iconic soundtrack will be performed live by an orchestra during film screenings of Star Wars: The Force Awakens, running from 29 to 31 October. 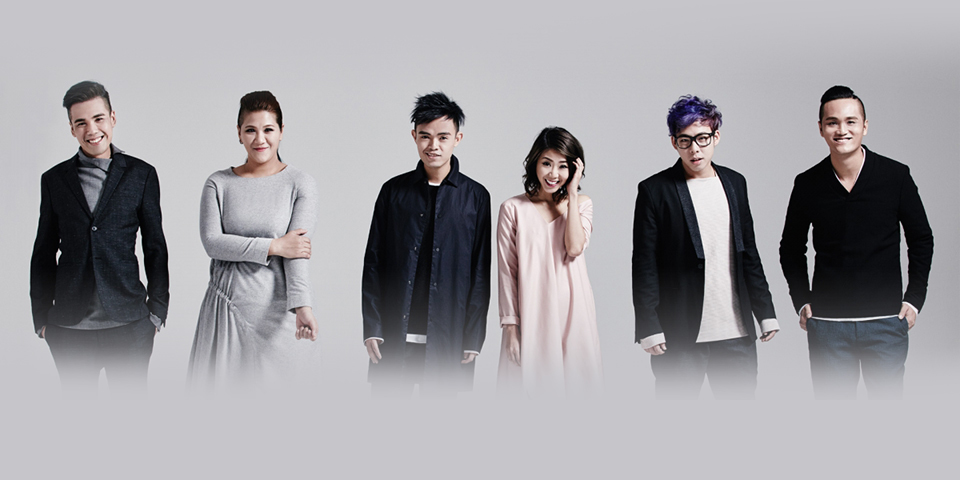 Where: Capitol Theatre
When: 4 November, 8pm to 10pm

Acapella is all the rage these days – with the success of chick-flick/comedy movie Pitch Perfect and YouTube sensation Pentatonix – and if you’re into all that, then you should definitely check out MICapella.

MICapella is bilingual, with their repertoire of songs and song covers sung in both English and Mandarin. The Singapore-based vocal group is set to hold their largest concert ever in Singapore on 4 November at the Capitol Theatre. 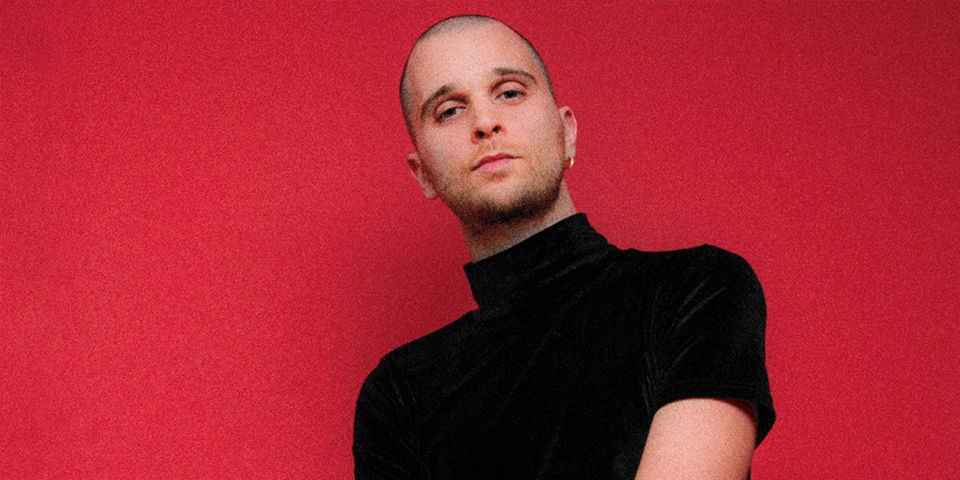 Where: EBX Live Space
When: 10 November

JMSN will be stopping by Singapore as part of his Drinkin' With JMSN tour. The neo-soul singer-songwriter, who has been likened to Justin Timberlake, made his debut in 2012, and has only been getting bigger and better, especially with his most recent album, Whatever Makes U Happy. Ticketing details have yet to be released, so keep a lookout for them! 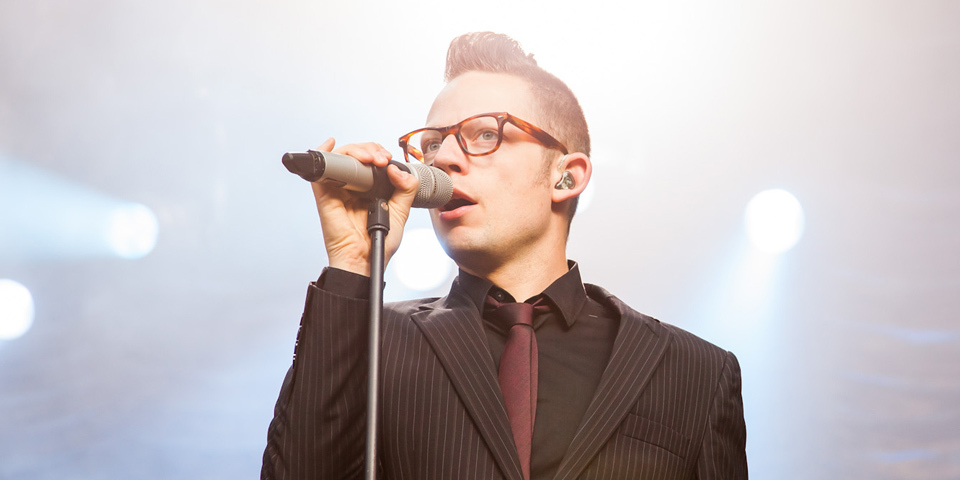 A pop sensation in his native country of Norway, Bernhoft fuses adult contemporary pop sensibilities with sharp wit and hooks for days.  Bernhoft had his definitive solo breakthrough with his album Solidarity Breaks in 2011. His follow-up album Islander garnered him a Grammy nomination for Best R&B Album, and he recently released two EPs, Stop/Shut Up/Shout It Out and The Morning Comes. 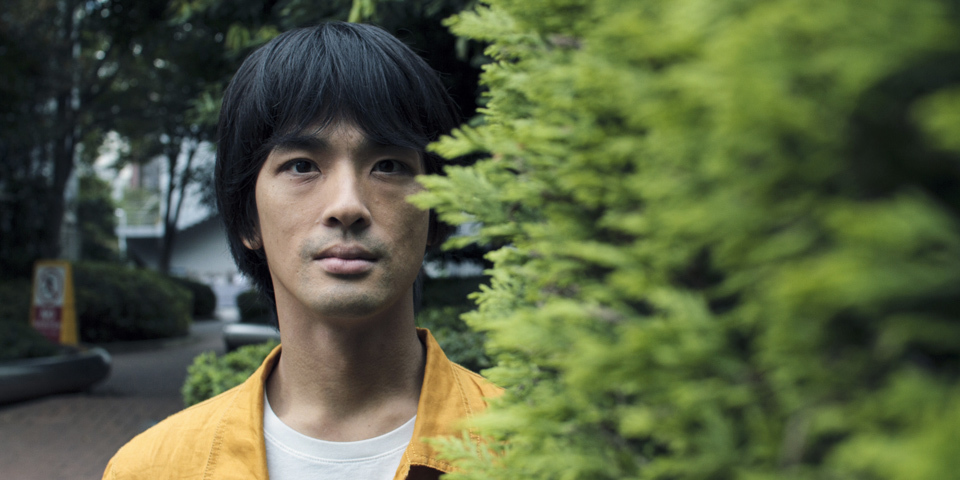 His one-man theatrics drew in fans early in his career, but Shugo's versatility has kept them hooked ever since. Employing instrumental innovation to his heartfelt brand of songwriting, Shugo's live show is a complete wonder. In an intimate venue like the Annexe Studio, it'll be as up-close to the Japanese musician as you can ever get. 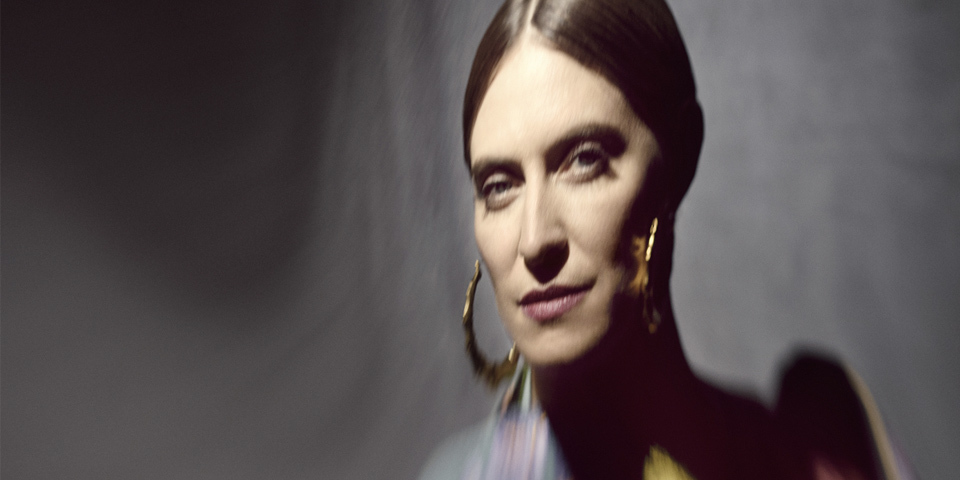 The famed Canadian singer-songwriter has made 2017 her year, with an incredible comeback album (Pleasure) and an extensive world tour to boot. Marking her return to Singapore since 2012's Laneway Festival, her first headlining concert in the country will be something not to miss. 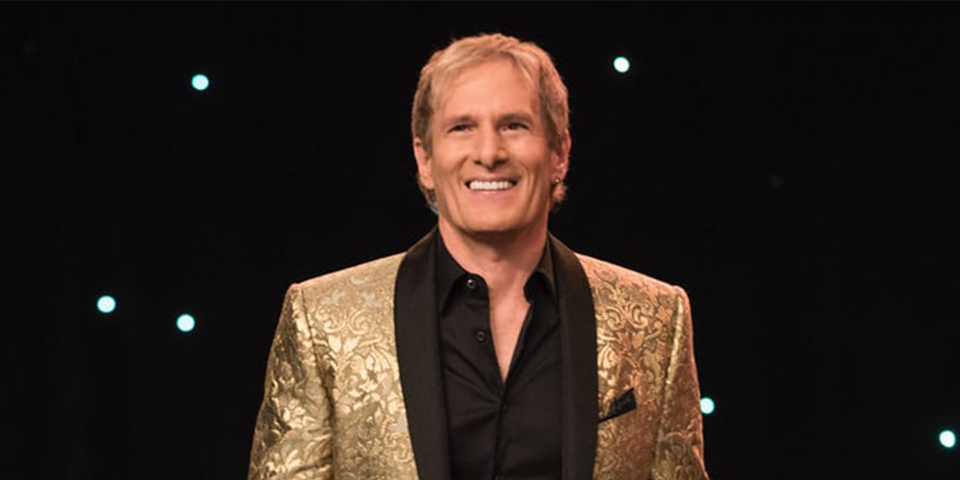 Where: The Star Theatre
When: 15 November, 8pm

Michael Bolton's Asian Dream Tour will see the Grammy Award winning singer-songwriter back in Singapore after two full years. The tour serves as a follow-up to Bolton's recent TV series A Bolt of Talent. What's more, The Sam Willows' Sandra Riley Tang is lined up for a guest appearance at the Singapore show. 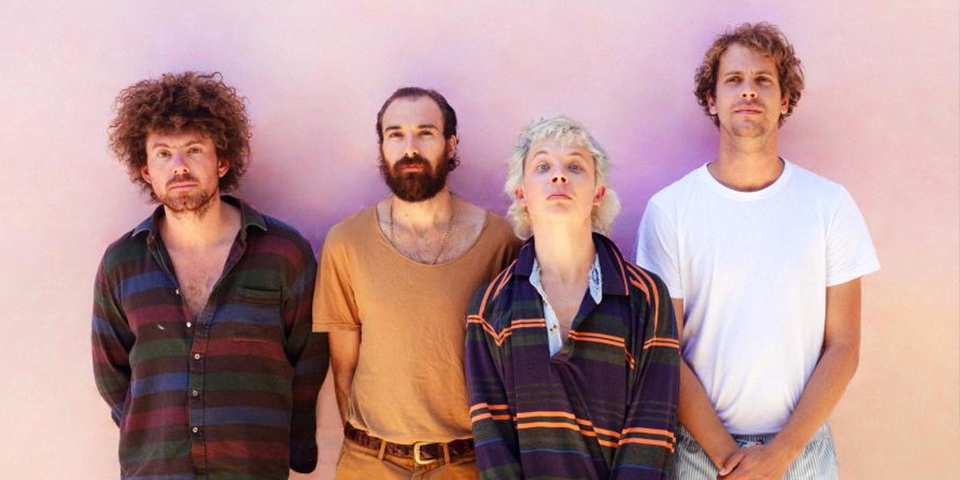 Pond will be back in Singapore on November 23rd to perform at the Esplanade Annexe Studio. The psychedelic rock band, who've previously toured with the likes of close friends Tame Impala and Arctic Monkeys, will be joined by local synth-pop musician The Analog Girl for the Singaporean leg of their tour. 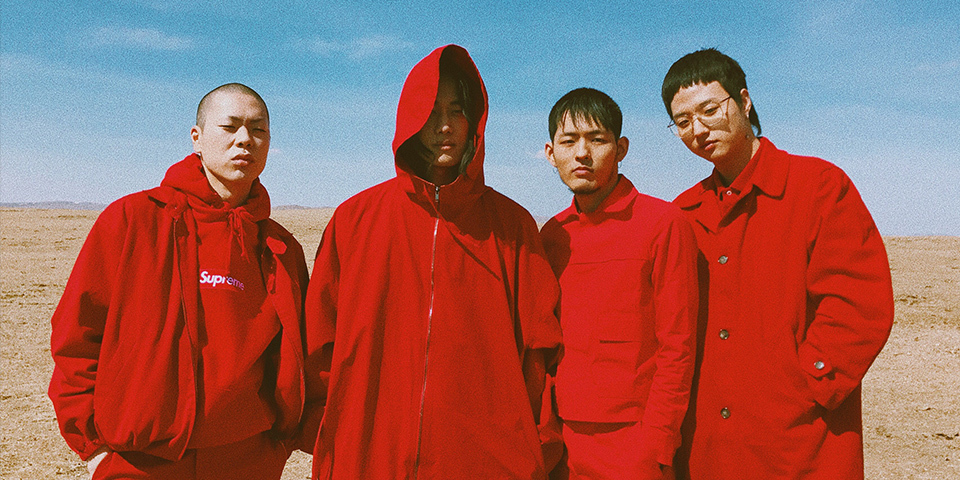 Where: Zepp@BigBox
When: 24 November, 8pm

The K-Indie group will be performing in Singapore for the first time at Zepp@BigBox. The group has already risen to become one of the leading artists in the K-Indie music scene, dominating both domestic and international charts. We recently trailed the band in Kuala Lumpur — check it out here. 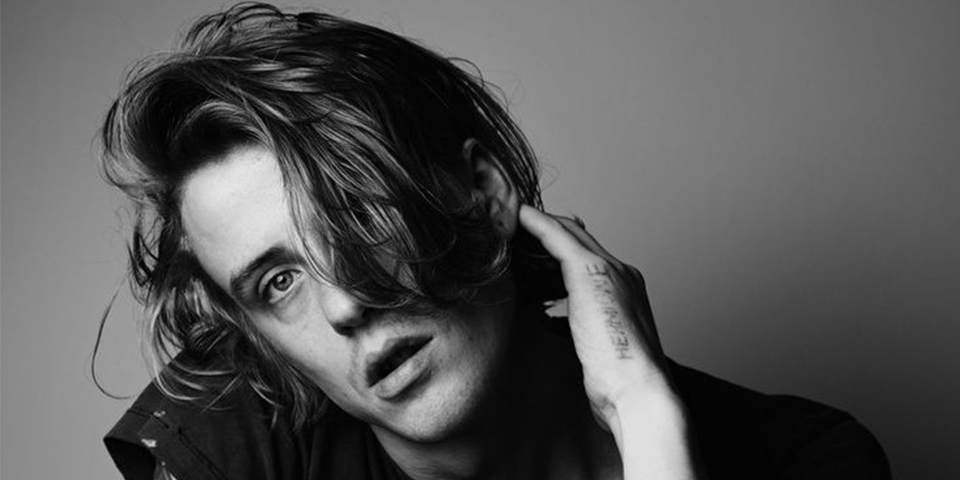 Where: Hood Bar & Cafe
When: 25 November

This gig marks Owen's first solo show in Singapore. The former frontman of indie rock band Girls and current member of the band Curls will be playing songs off his solo discography, which includes albums Lysandre, A New Testament and Chrissybaby Forever.

Danish singer-songwriter MØ will be performing in Singapore for the first time this November. The electro-pop starlet is most known for her collaboration with Major Lazer and DJ Snake for smash hit 'Lean On'. She has released 4 singles from her upcoming sophomore album, which does not have a title or release date as of yet. 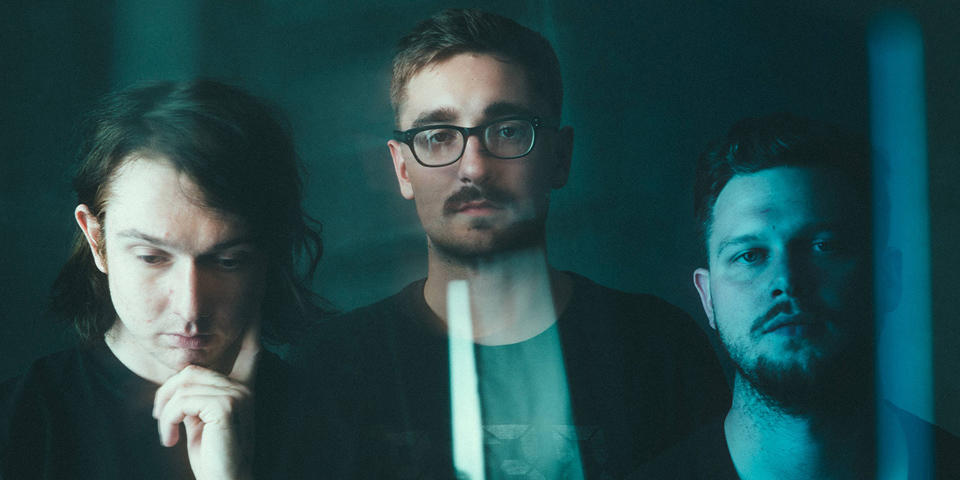 Where: Esplanade Theatre
When: 29 November, 8pm

The remarkable three-piece are one of the UK's biggest indie pop exports in recent years, thanks to the sleeper hits in debut album An Awesome Wave. Debuting songs off their third album Relaxer in Singapore this November, expect nothing less than fine experimental pop tunes and an engaging live show. 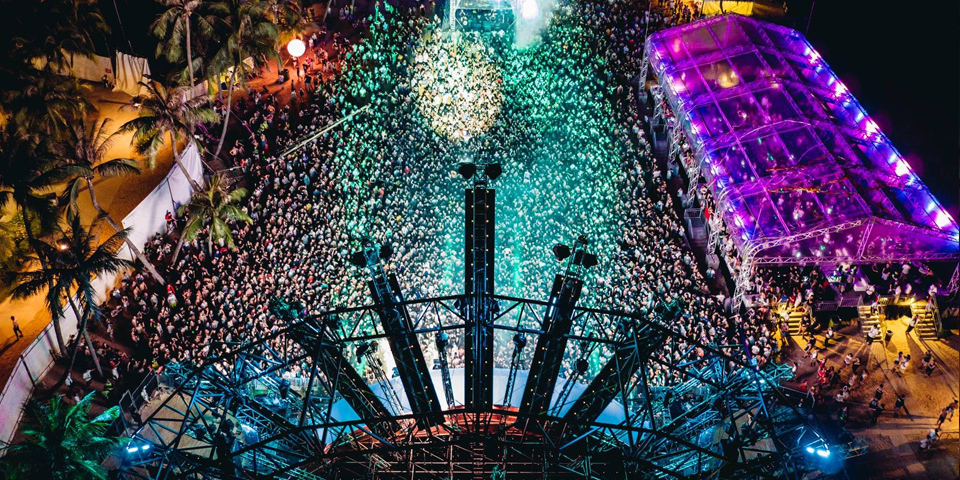 Where: Siloso Beach
When: 8 to 9 December

This year's edition of the festival will see acts Flume, Marshmello and Robin Schulz as part of the line up — which, if you ask us, sounds pretty impressive already. 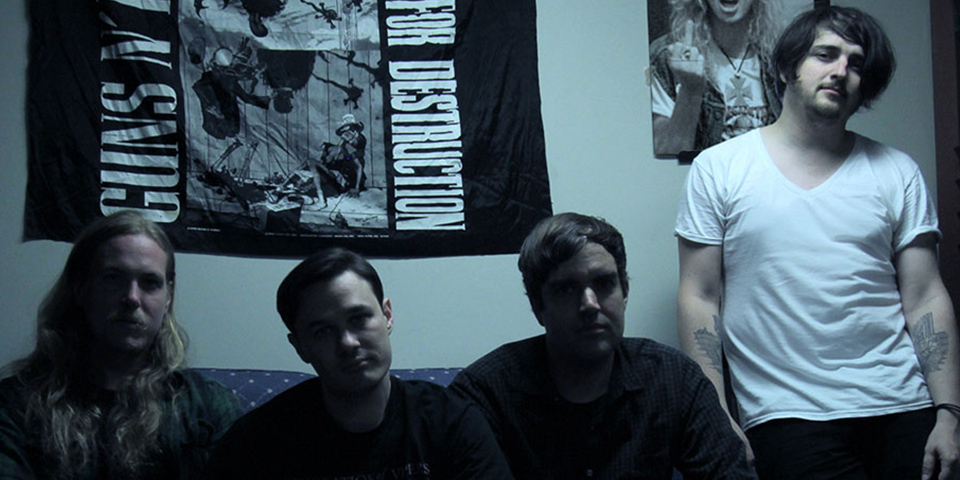 The four-piece screamo band will be performing in Singapore on the 9th of December. Supporting The Saddest Landscape are acts False Plaintiff, Paris In The Making, Istilah and Yumi. 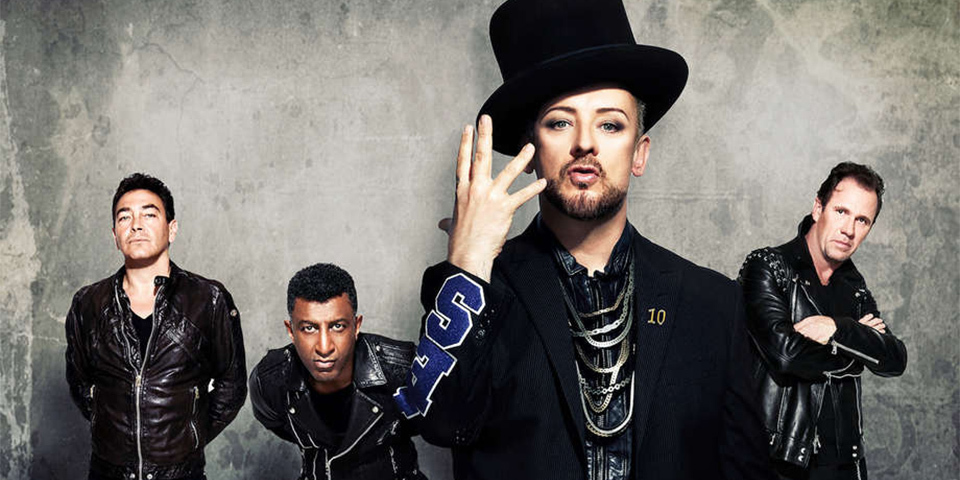 Where: The Star Theatre
When: 11 December

Culture Club will make their long-awaited debut performance on our shores this December, featuring their original lineup of Boy George, Roy Hay, Mikey Craig and Jon Mass. The synth-pop English band are undoubtedly one of the most influential music figures of the 80s, so don't miss your chance to catch them.