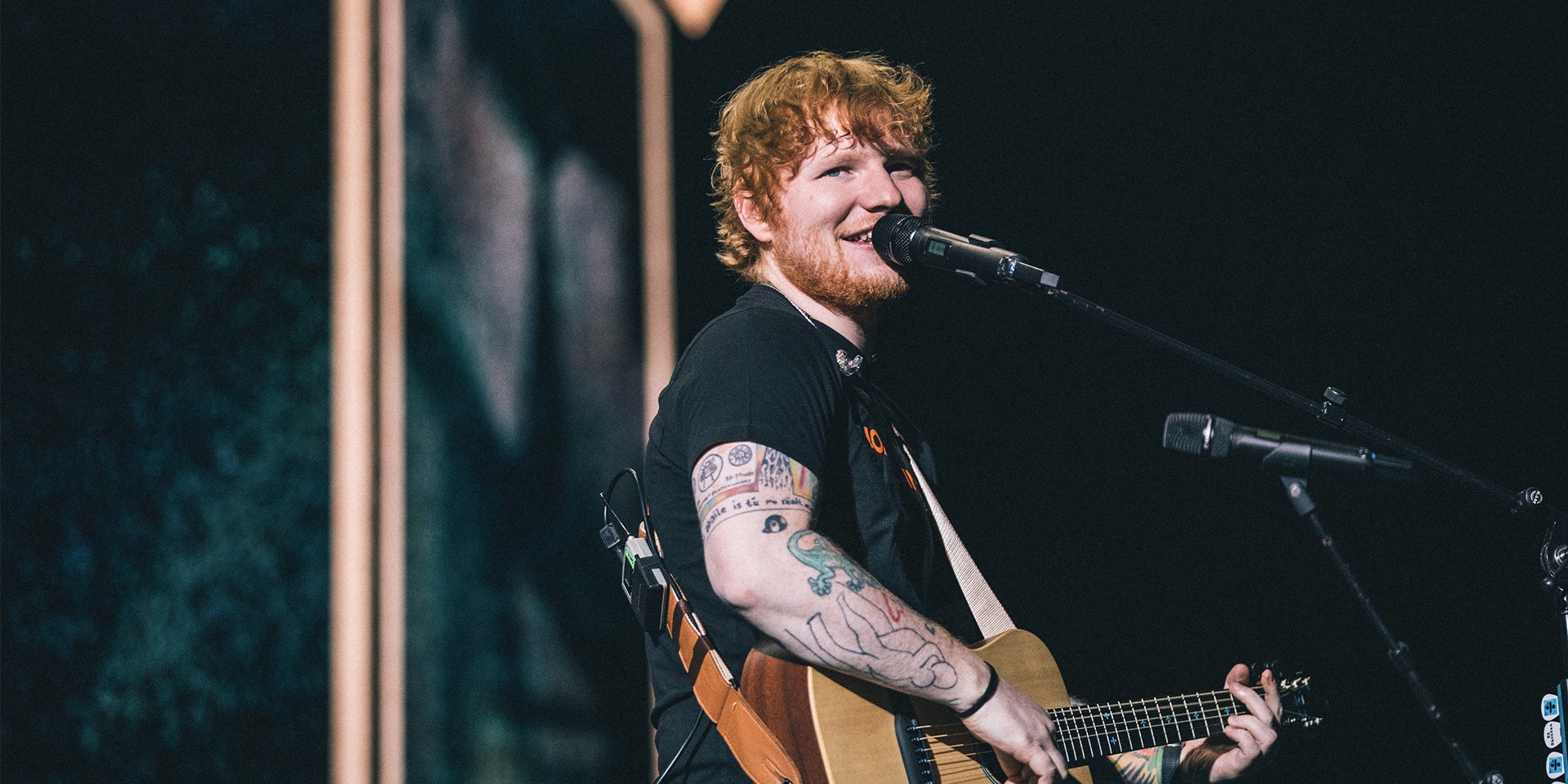 "It's gonna be a good show," a supremely relaxed Ed Sheeran tells us in a brief interview just before a show at Singapore Indoor Stadium.

His first Asian date this year, after a bout of show cancellations following a widely-covered injury sustained back home in the UK, marks an Ed Sheeran at the height of his powers — selling out the storied venue for two nights in Singapore, a country that has since seen major pop music players like Coldplay and Bruno Mars sell out tickets in the span of minutes.

The big difference that separates them and Sheeran is that, unlike Coldplay's arena stunts and Bruno's big-band production values, Sheeran remains an unaccompanied performer onstage — one man, singing to tens of thousands of fans on a daily basis.

The world's eyes were on Ed Sheeran tonight as he continued his world tour, kickstarting the Asian leg with two sold-out shows in Singapore — the first of which took place on November 11th at the Singapore Indoor Stadium, with an approximately 10,000-strong audience. Sheeran's tour was put on hold following his cycling accident, with some dates cancelled or postponed.

On the injury, he states bluntly, "It still aches, but I'm able to play shows now, so I'm happy about that." The singer-songwriter certainly proved his point, delivering solid performances of songs off his latest album ÷, as well as older fan favourites such as 'Photograph' and 'Thinking Out Loud' for approximately 1.5 hours. 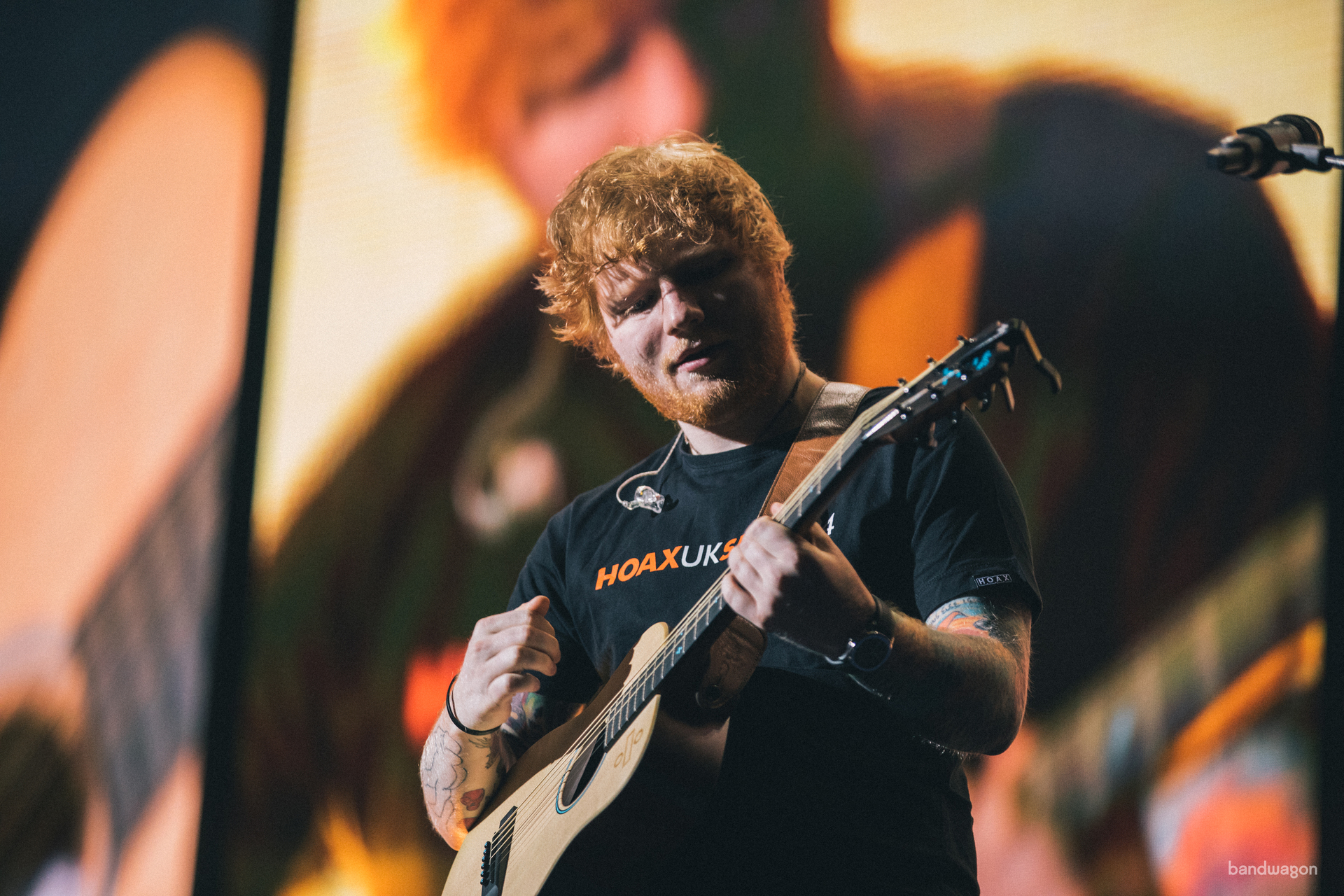 "Good, yeah, feels like it's going well here," he says of his Singapore fanbase. "Every time I come back to different countries, it just seems to be growing and growing and growing. I'm really happy that now in Singapore we're playing to such big crowds." His last show in Singapore, as part of the x tour in 2015, saw a 5,000-strong audience, now merely a quarter of his 2017 turnout.

Sheeran was, evidently, in a good mood, as he mentioned how happy he was to be back on tour, disliking having to shows, even performing his own rendition of Michael Bublé's 'Feeling Good', remixed with his own 'I See Fire'. What really kept fans engaged was his impeccably-arranged setlist — allowing deeper cuts to breathe alongside his biggest hits.

All it really takes Sheeran is his rustic guitar and a commanding voice, and Singaporean audiences joined in at every opportunity. Even if monolithic LCD screens strip away the show of its intimacy, Sheeran knows how to play up a crowd, and at this point in his career, he's a consummate professional. 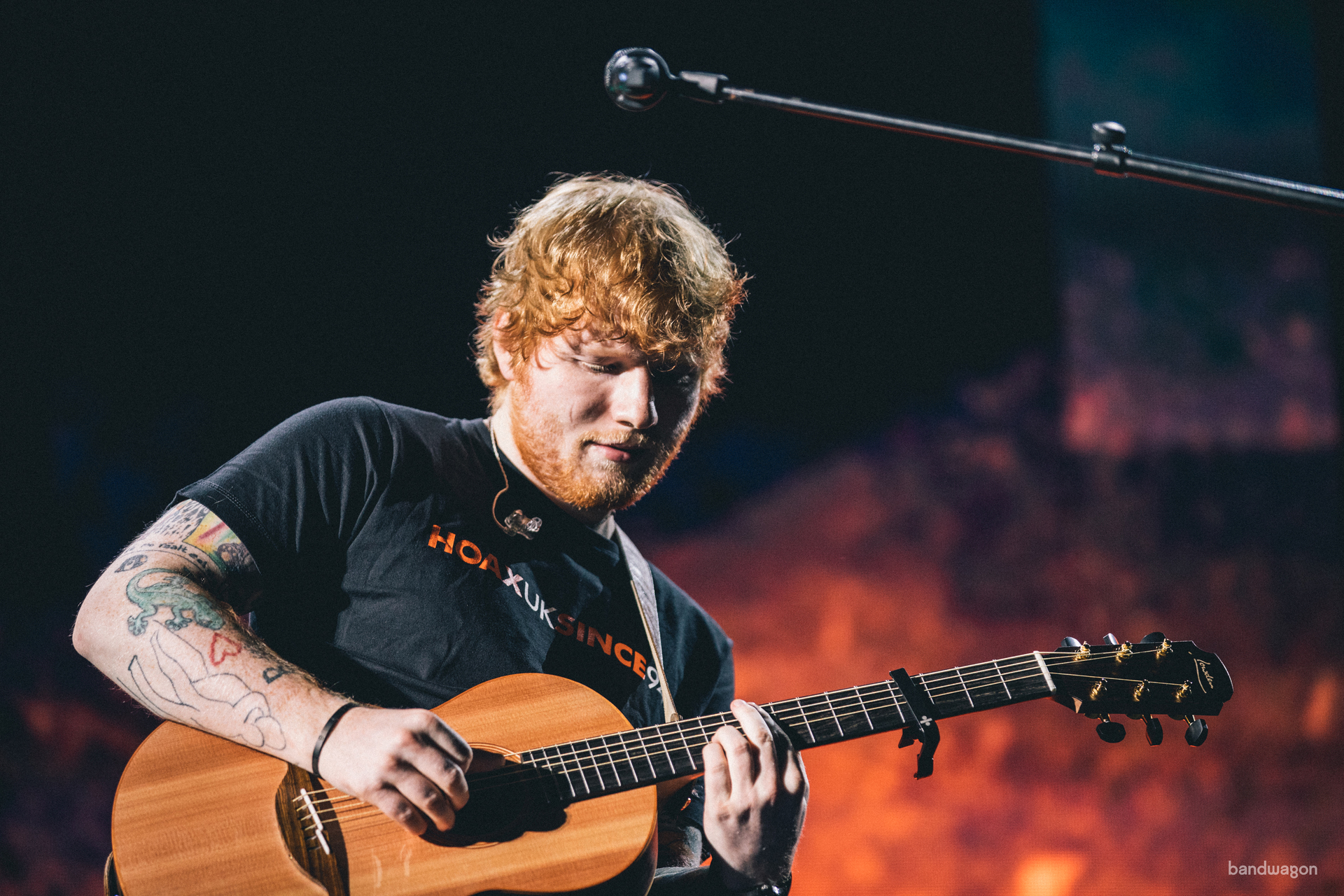 Sheeran wasn't the only happy performer tonight. Lauv, the opening act for Sheeran's Asian leg of the tour, commented on how it was his first time playing in an arena. Handpicked by Sheeran himself — "He's managed by a very close friend of mine and I really liked his music, so I just got in touch and asked, "Can you come on tour?"" — Lauv proved to be a worthy opener as he played crowd-friendly singles like 'I Like Me Better' and 'Easy Love'.

On Lauv's opening slow, Sheeran lamented, "He's had a bit of hard luck though, obviously the shows got cancelled so he didn't get to do half the tour, which is a shame. But we'll make up for it." As a watershed 2017 reaches its end for Sheeran, 2018 is set to look even brighter, and his rescheduled shows will likely generate more hype than ever to see the Briton. Judging by his first stadium show in Singapore, the rest of Asia is set for a real treat.

Check out the rest of the shots from the night below. 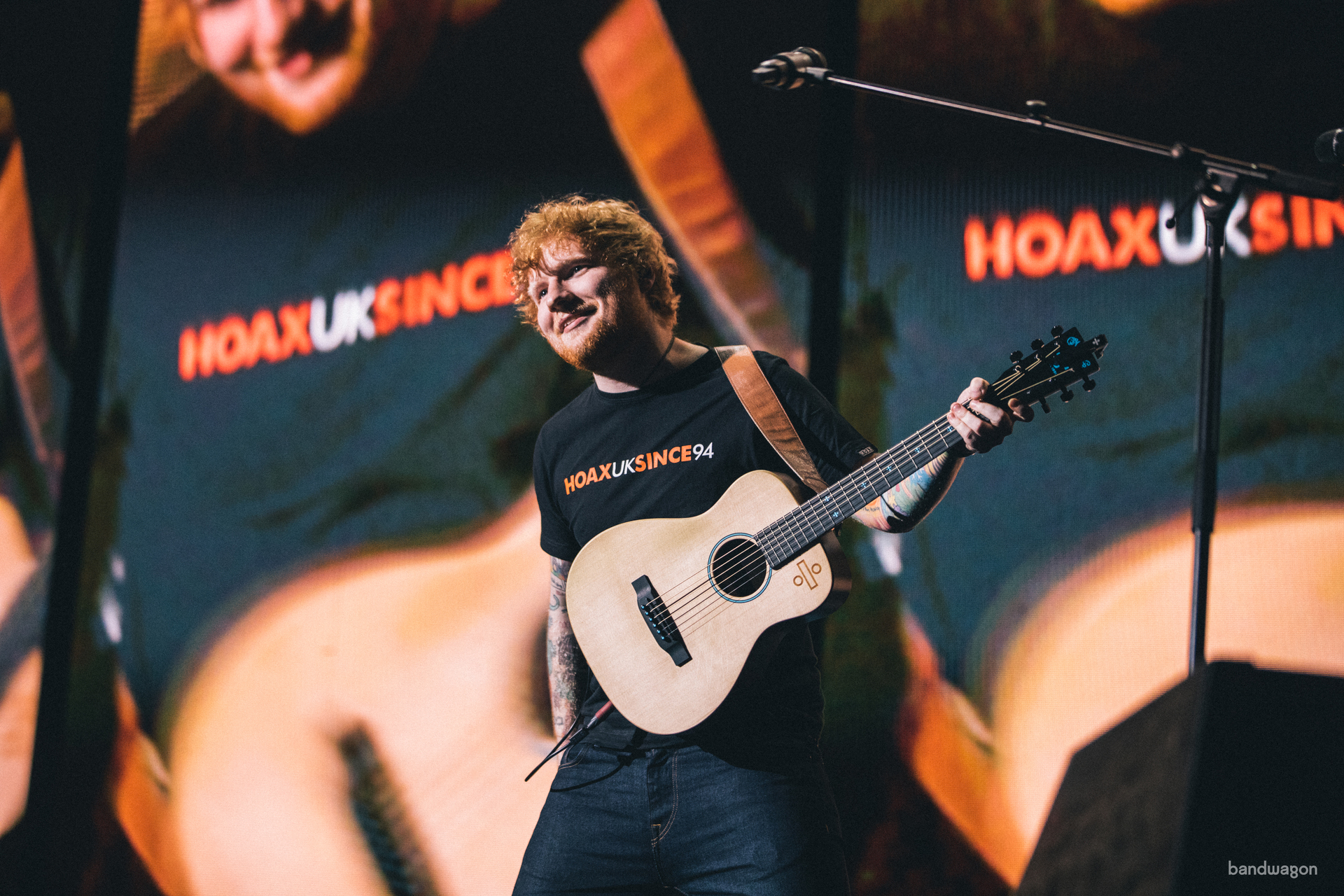 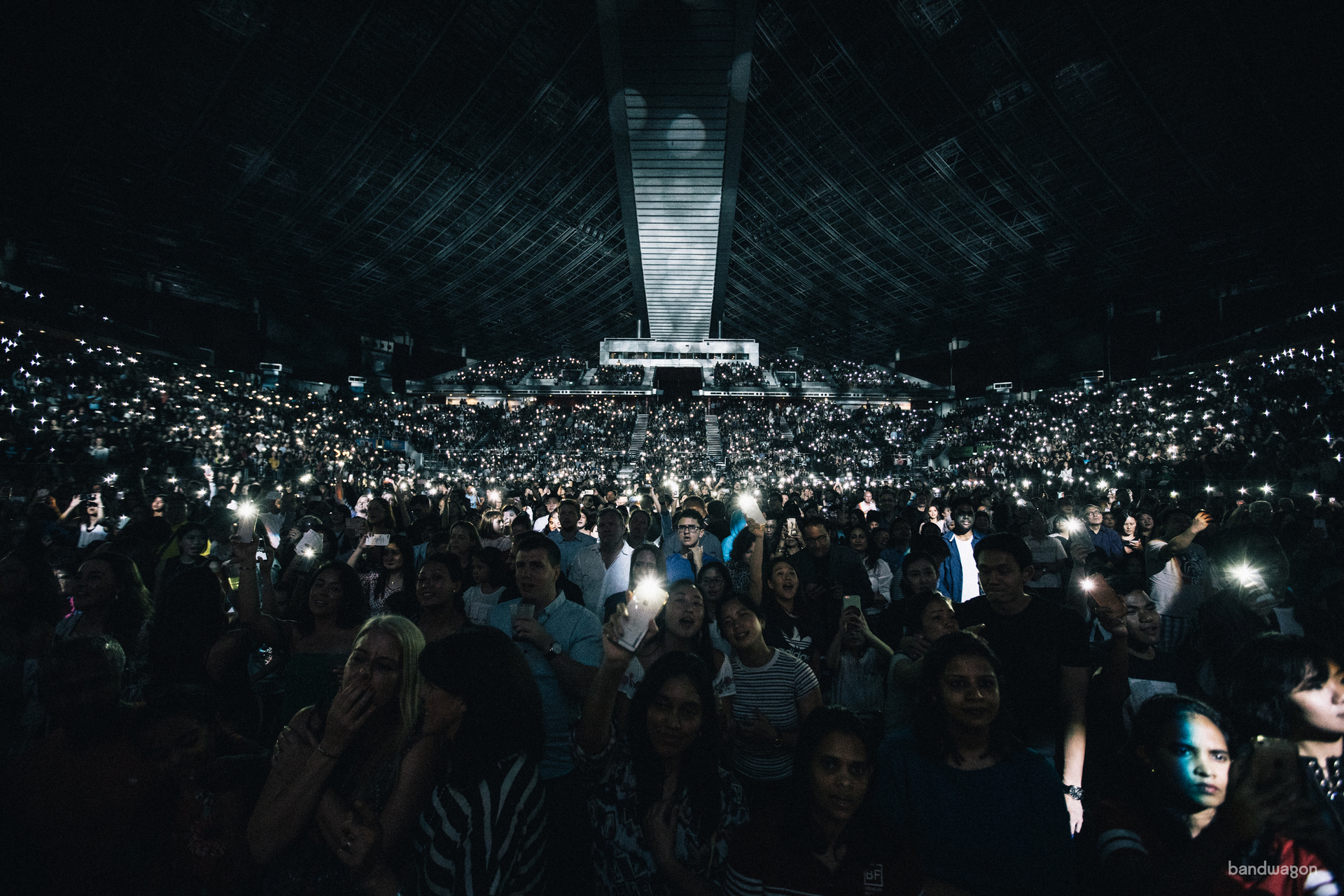 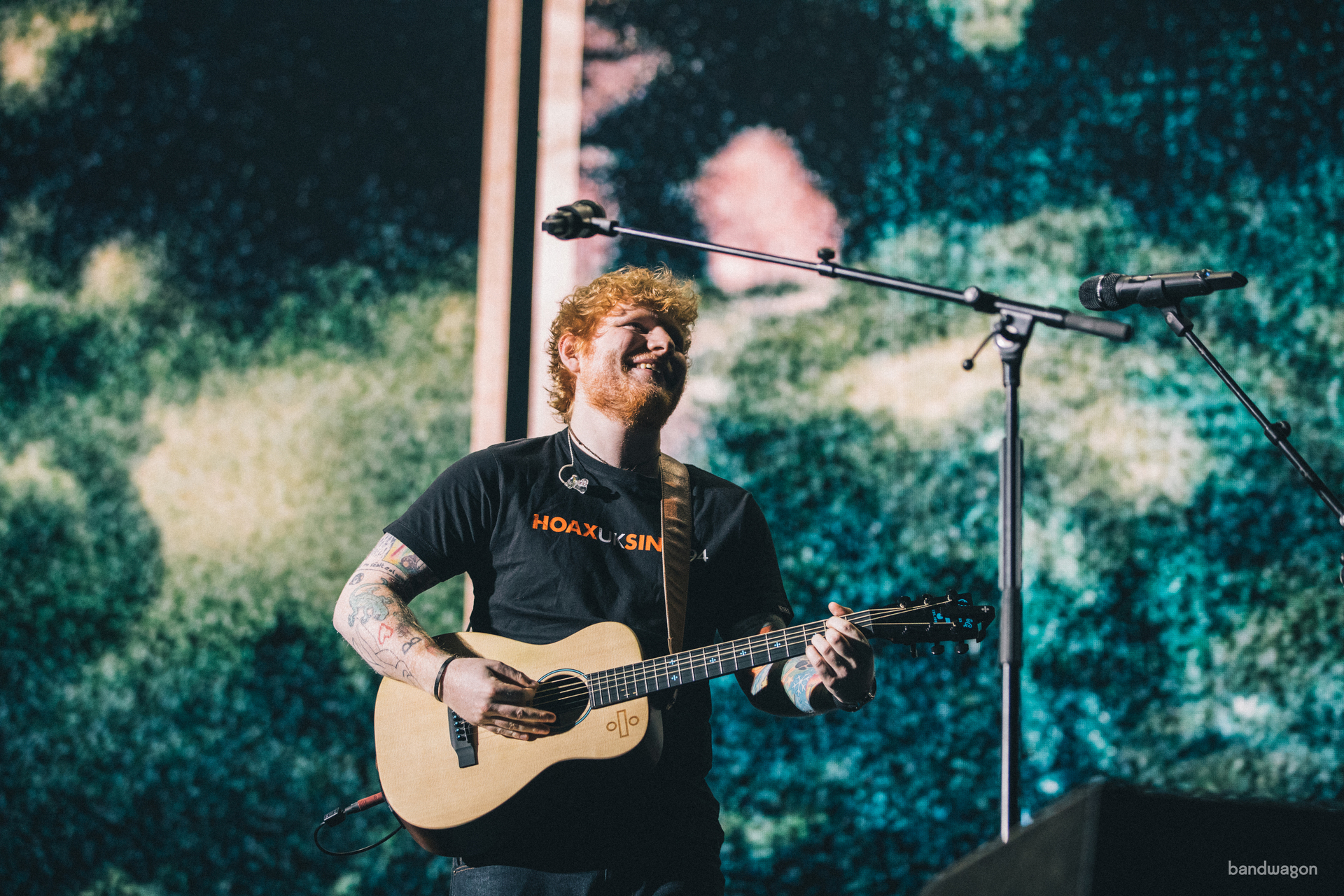 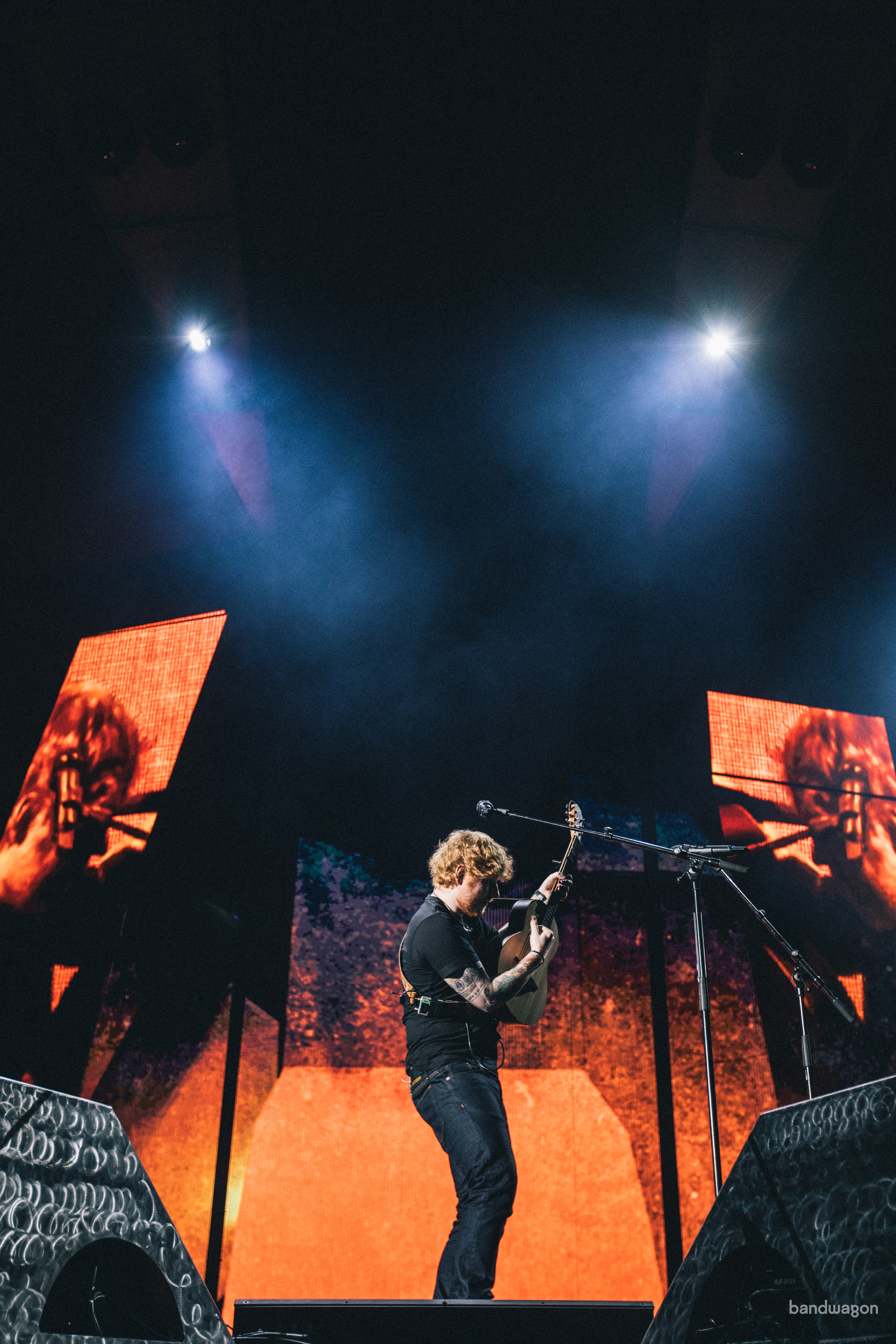 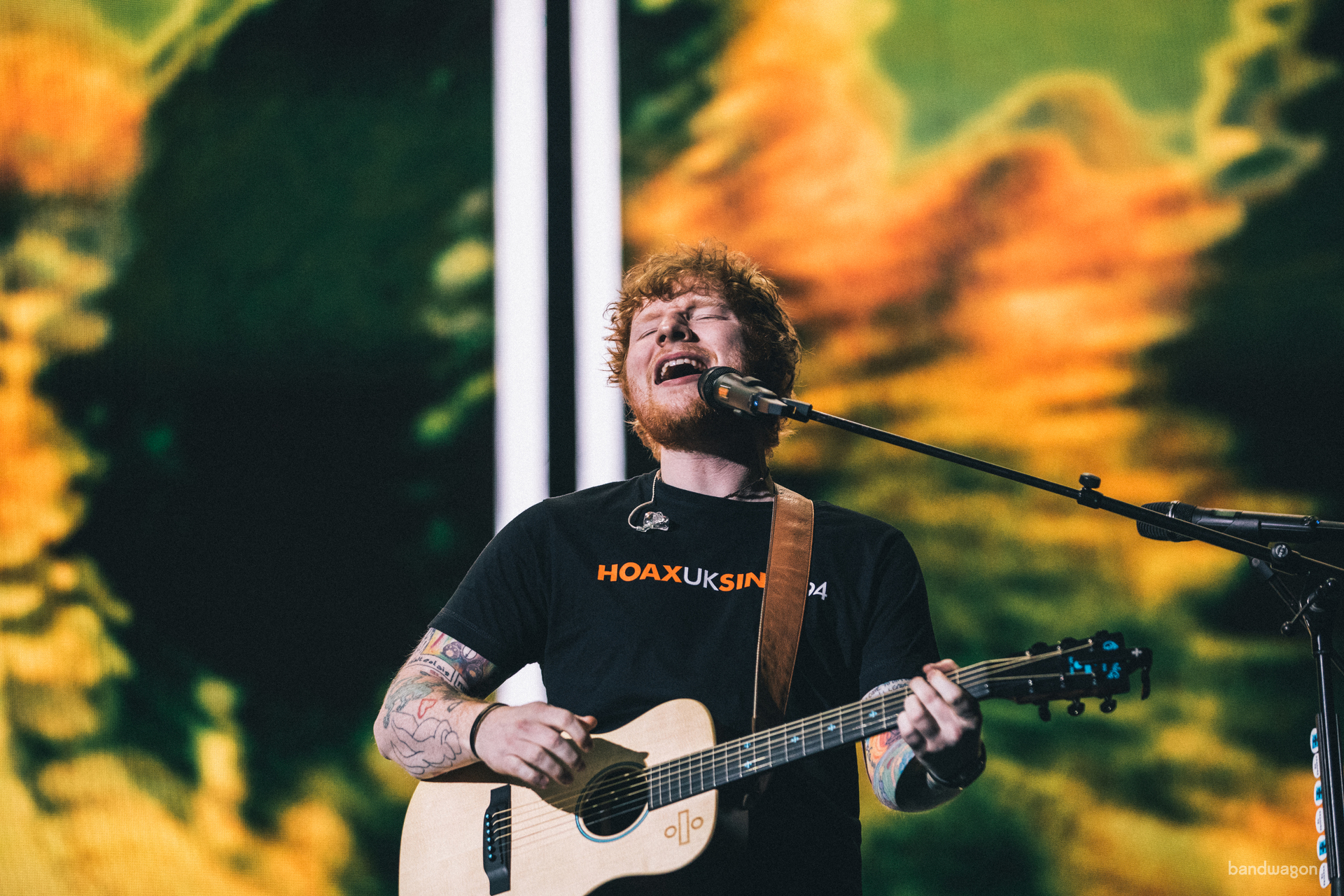 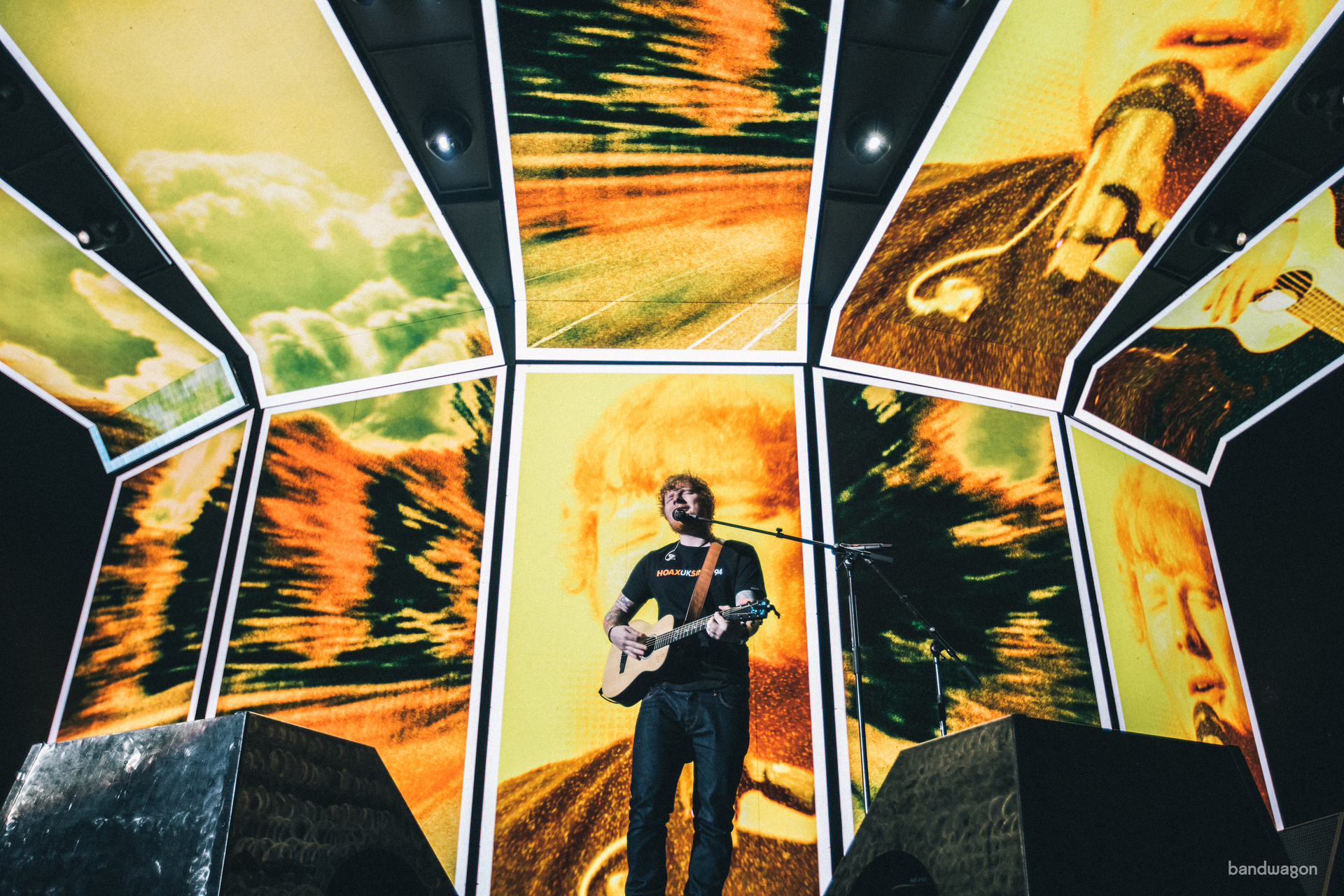 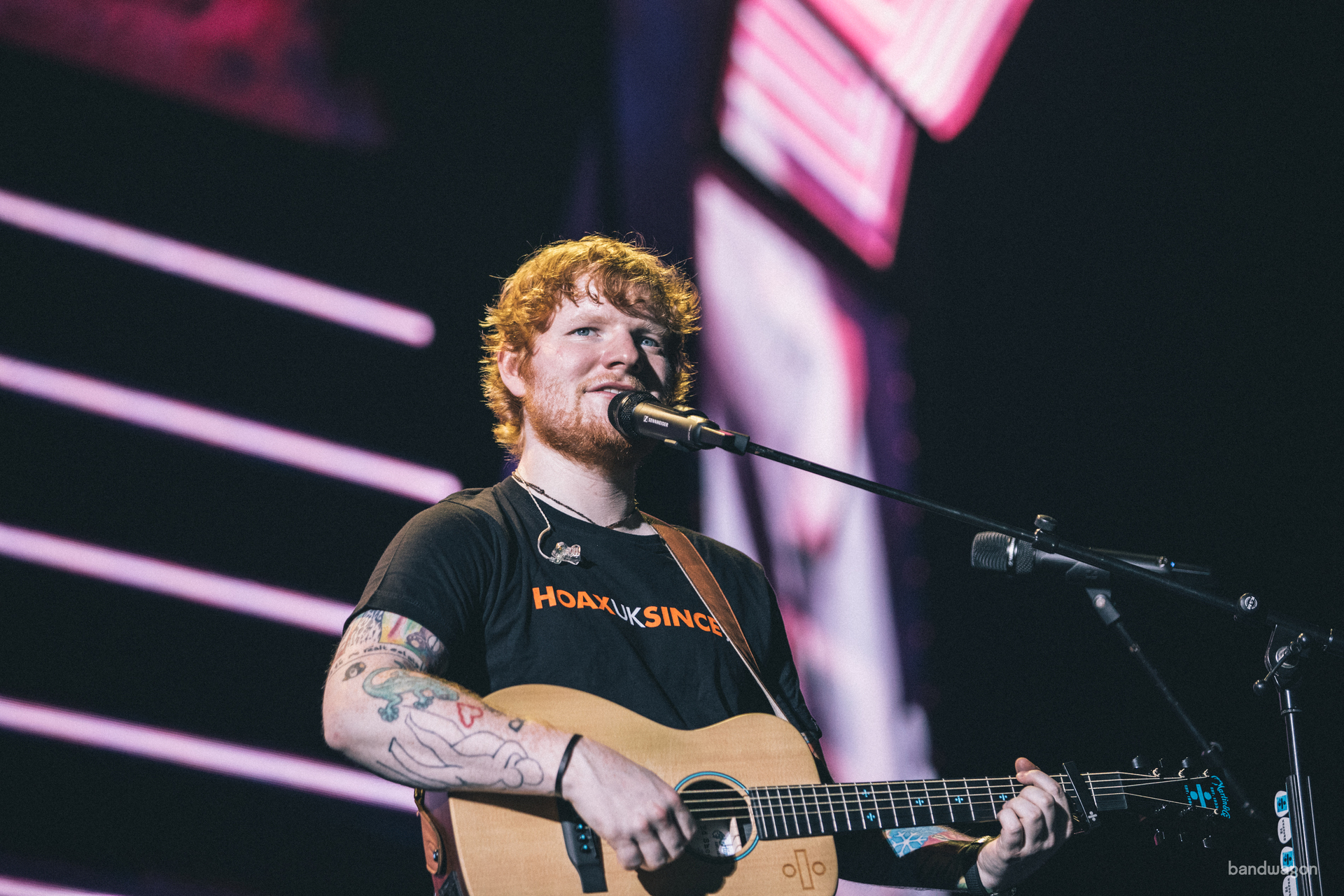 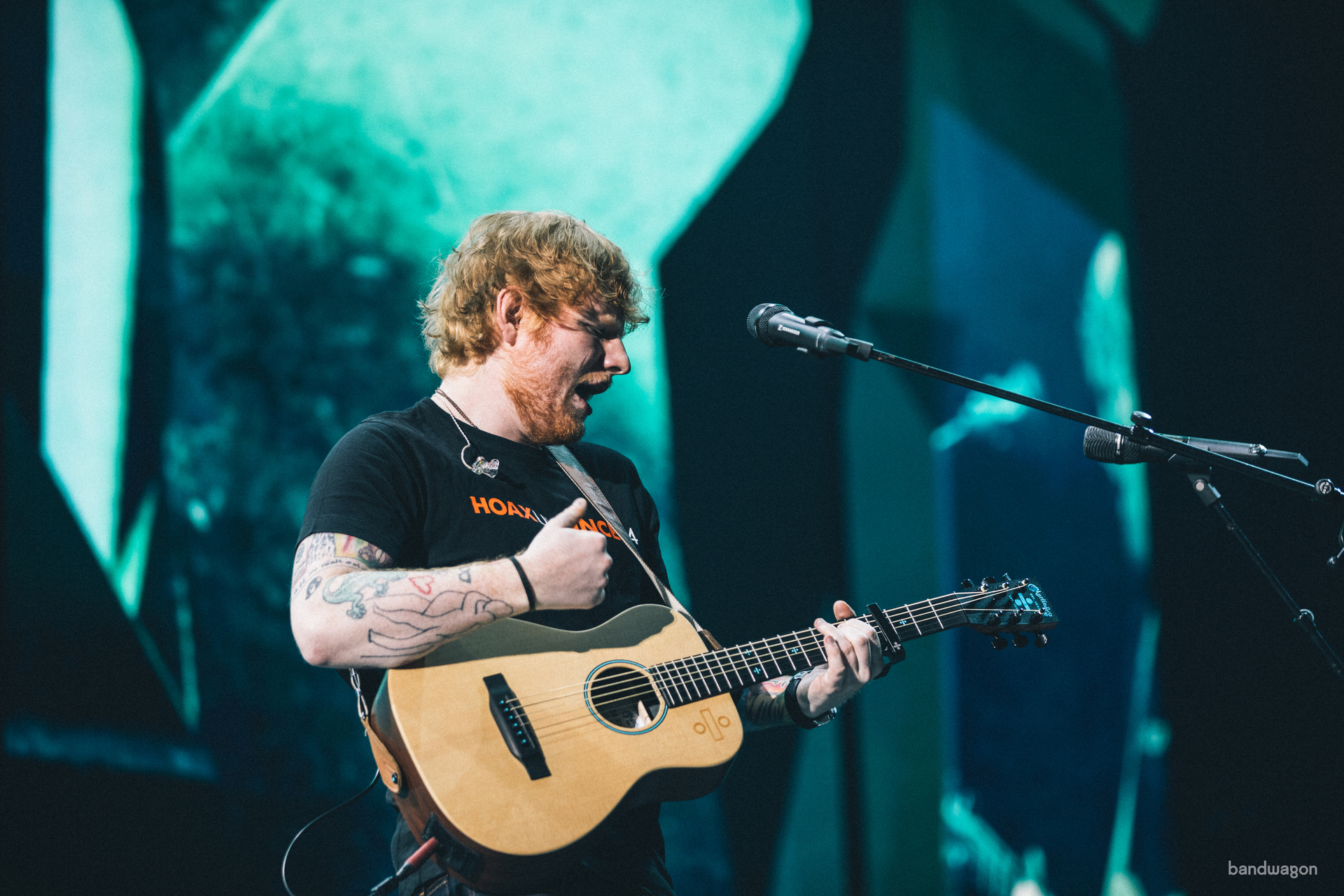 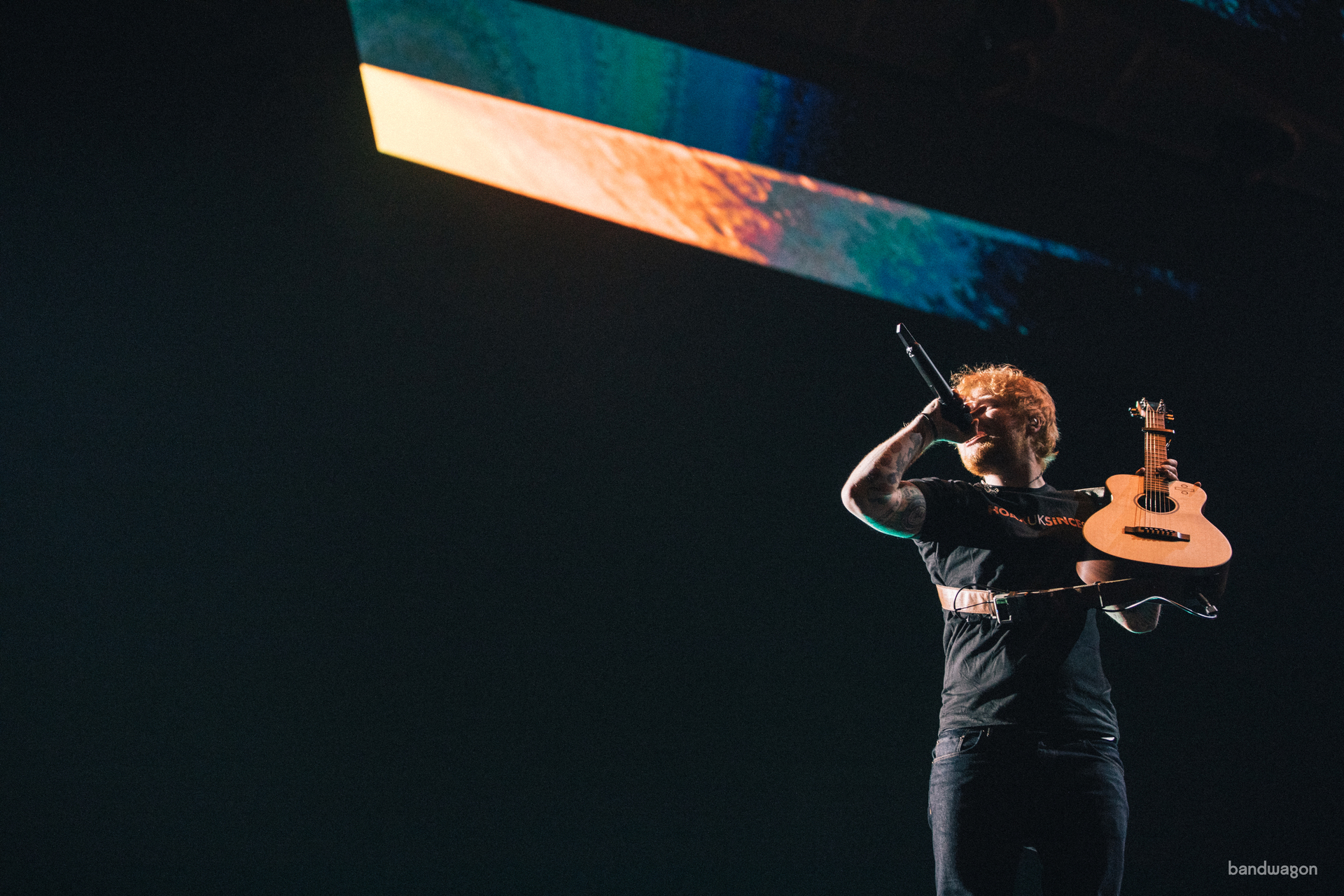 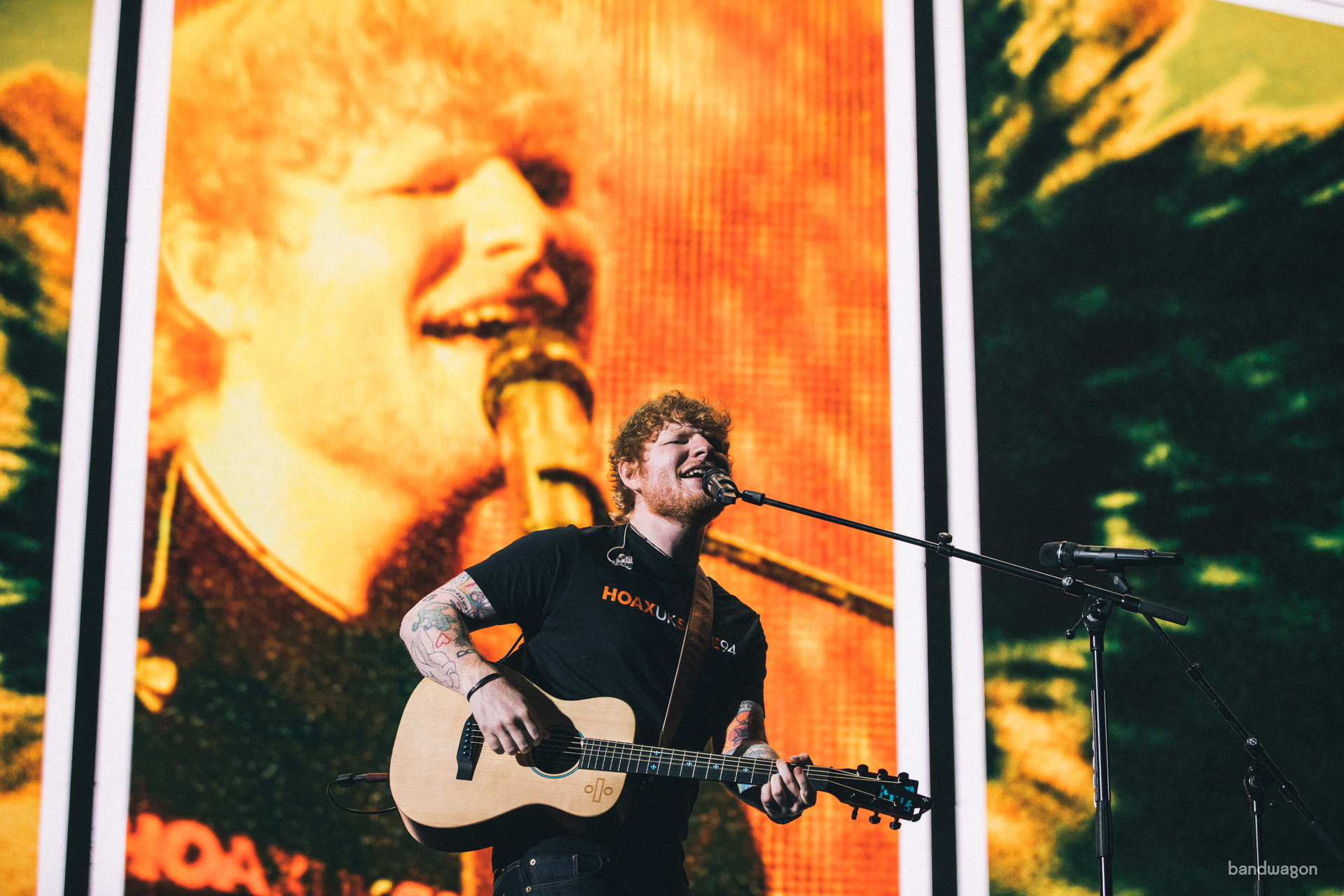 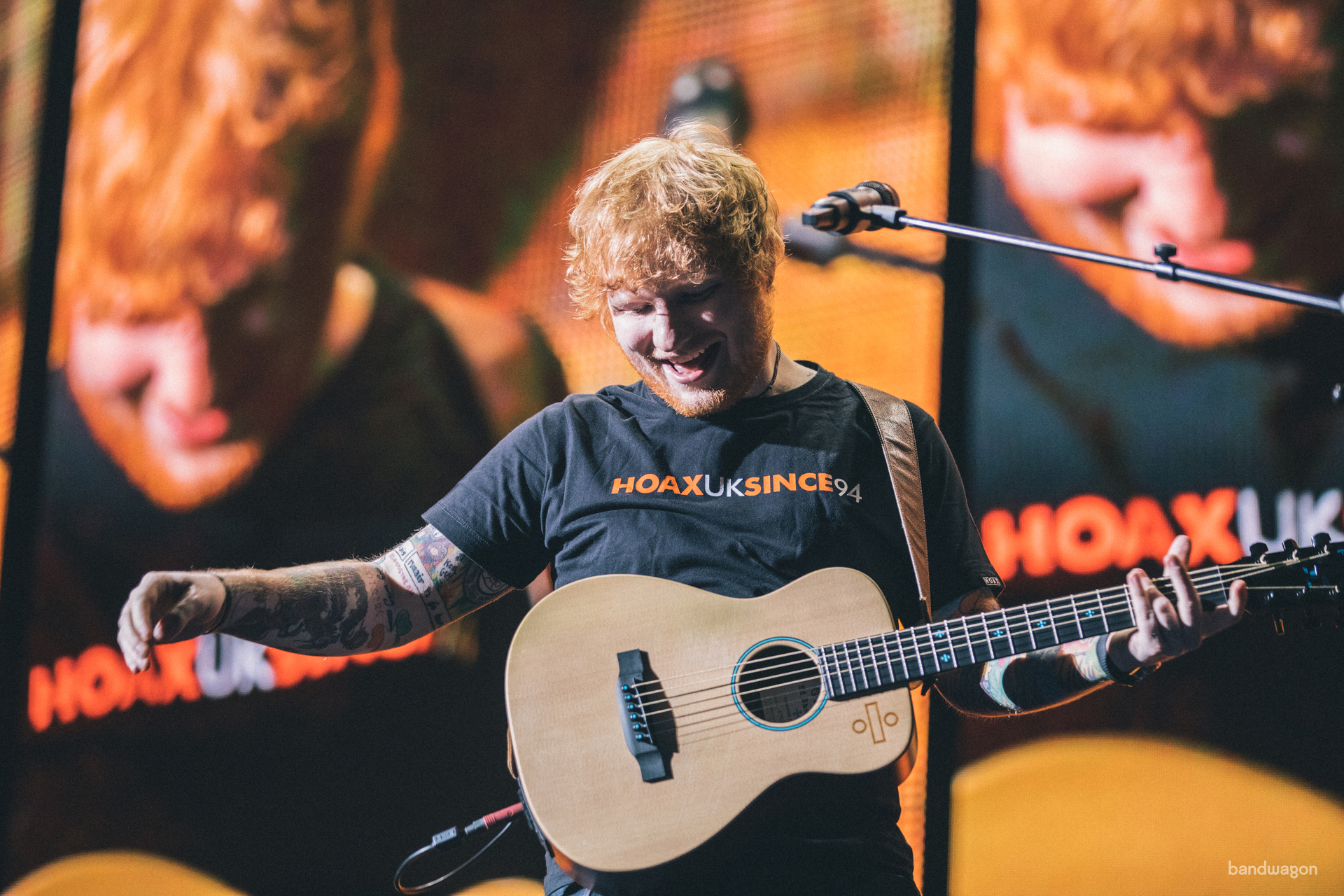 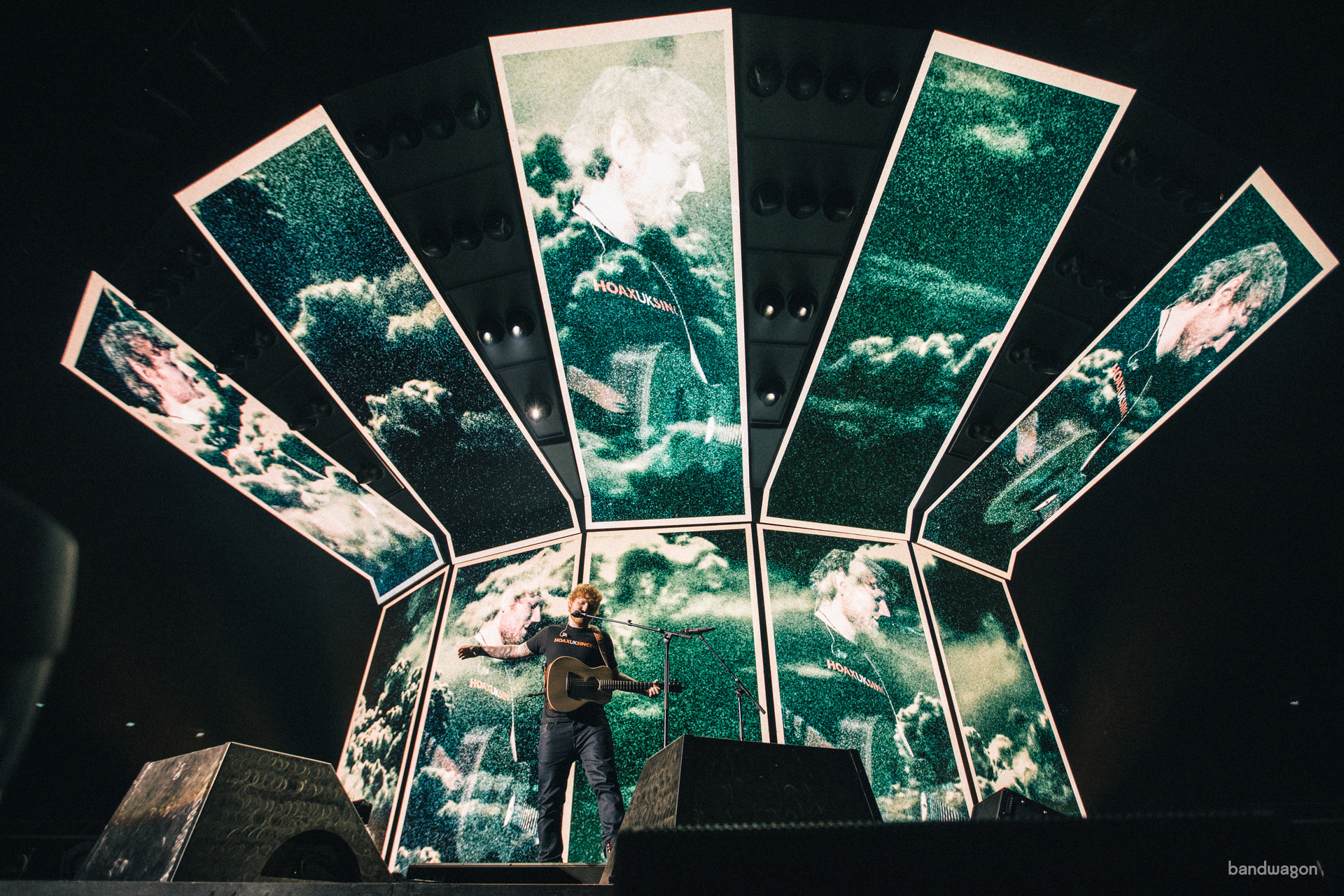 Special thanks to AEG Presents for the invite.