Words by Louisa May Chan
Photography by SM Entertainment

Fans decked in red were seen waving their lightsticks and various banners along to EXO’s ‘Moonlight’. The song choice is noteworthy – the track has, without fail, been used as the prelude to every EXO concert – serving as a nostalgic call-back to pre-pandemic days and a reminder of Baekhyun’s status as a member of EXO. Under normal circumstances, BAEKHYUN: LIGHT would have probably taken place in a sold-out stadium and the singer would have performed to the deafening screams of thousands of fans – instead of a virtual cheering audience; However, the fully-online nature of the concert did not dim its shine in the least.

On 3 January, Baekhyun held his first major concert BAEKHYUN: LIGHT as part of SM Entertainment’s Beyond LIVE series, drawing in 110,000 viewers across 120 countries. The near 2-hour show was the culmination of Baekhyun’s efforts as a musician thus far – charting his growth from a vocalist of EXO into the highly-acclaimed soloist he is today – and an illuminating display of the artist's talents that have made him so beloved by fans across the globe.

Within the first act, Baekhyun demonstrated his ability to command a stage with his impressive musical skills alone. Opening the show with the electro-pop track ‘Young’ – a track originally done in collaboration with rapper Loco – Baekhyun roused the virtual audience with the mid-tempo anthem and his rendition of Loco’s rap. Transitioning to a stripped-down version of EXO’s ‘Trouble’, he captivated with precise choreography; Above all, he impressed with his smooth and intricate vocals across ‘Ghost’ and ‘Underwater’ – massive fan-favourites off of his second mini-album Delight. 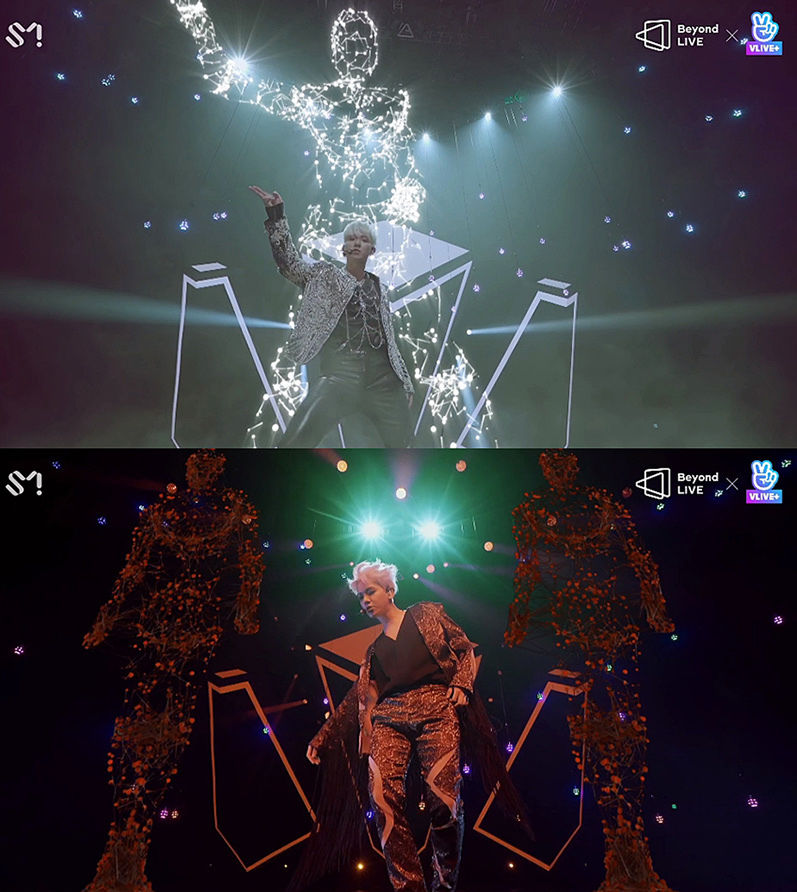 Beyond a showcase of his skills, the concert was a display of Baekhyun's versatility and ability to embody different concepts and genres. In ‘R U Ridin’, he turned on the charm with flirty smiles coupled with cheeky eyebrow raises. As his silky-smooth vocals in ‘Love Again’ and ‘Amusement Park’ filled the stage, he both elegantly and easily delivered on all fronts – vocals, charisma, and stage presence. Performing ‘Psycho’ and ’Ringa Ringa Ring’ with his hair haphazardly styled to resemble devil horns and a smoky eye look, he was haunting in both appearance and vocals. Looking fresh-faced in a white ‘Light’ hoodie for the encore, he ended the show on a causal note with performances of BoA’s ‘Garden in the Air’ and EXO-CBX’s ‘Cherish’. Going above simply entertaining audiences and delighting fans, it’s pretty safe to say Baekhyun managed to mesmerize and enthral viewers. 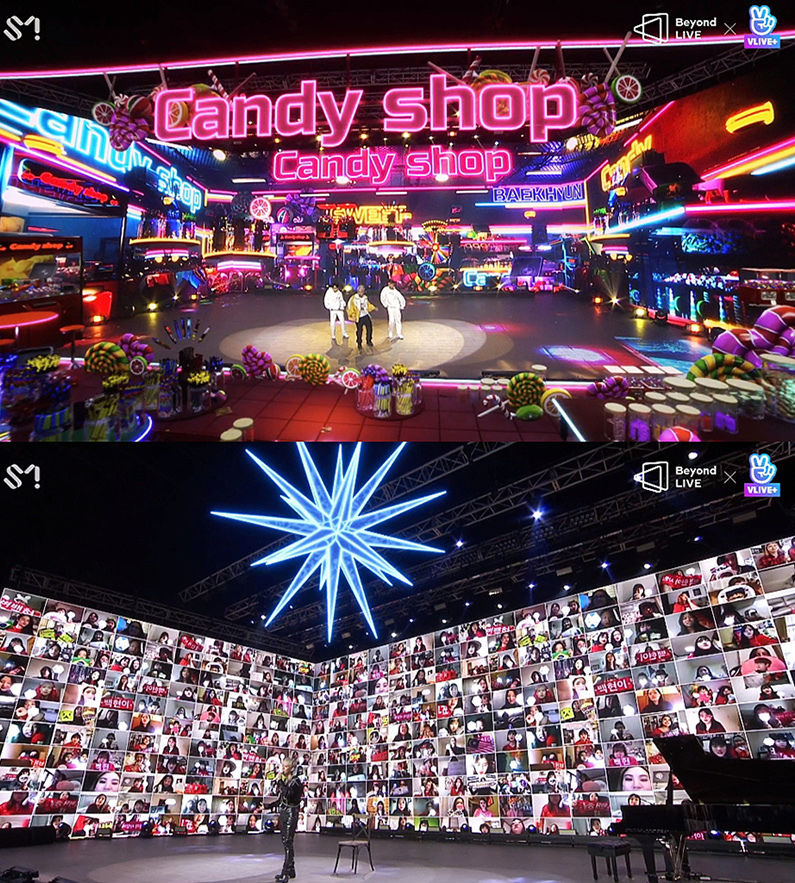 Over the course of the concert, Baekhyun also paid tribute to his roots as an EXO member and performed excerpts of the group’s tracks throughout the show. Donned in a black silk shirt and a bejewelled harness, he showcased his lush vocals and expert skills on the grand piano with performances of ‘What I Want For Christmas’ and ‘My Answer’. Decked head to toe a gingham Burberry suit, he commandeered the stage with a medley of the group’s tracks – including ‘Call Me Baby’, ‘Growl’ and ‘Blooming Days’ – exuding a mature confidence he’d managed to gain steadily throughout his years as an artist. 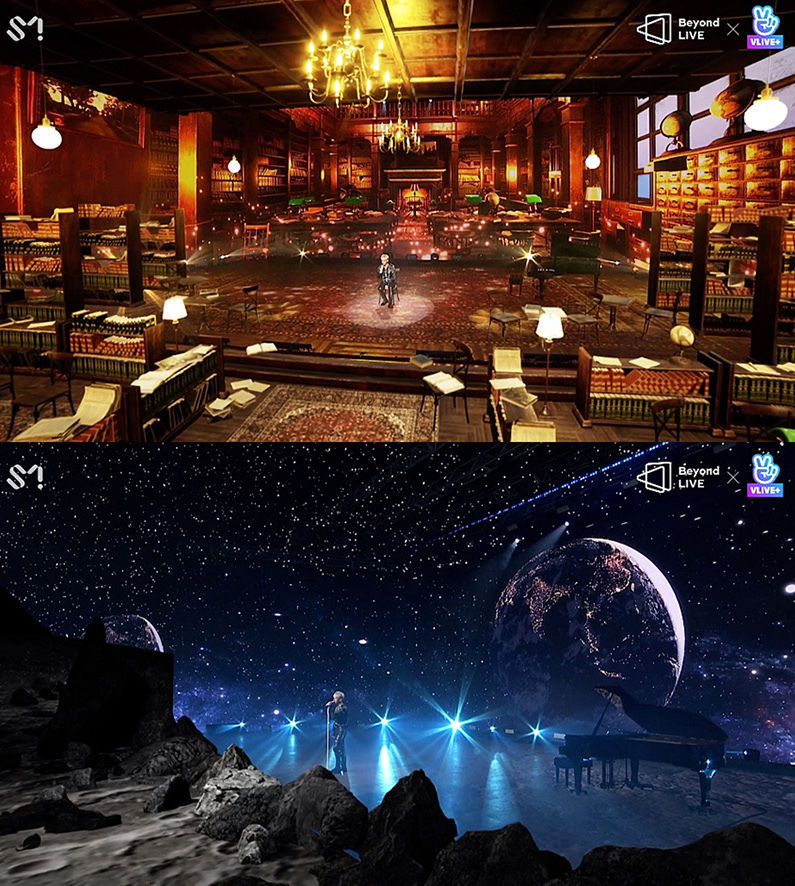 In the days leading up to the event, Baekhyun was rather generous in his concert preparation updates across his social media accounts – from a clip of him playing the introduction of ‘Amusement Park’ on the piano to revealing his opening tracks, his spoilers left little to the imagination. Yet, despite the many spoilers he gave beforehand, there was nothing that could have prepared me (and likely, the many thousands of viewers out there) for what we would collectively experience at BAEKHYUN: LIGHT.

As a solo artist, Baekhyun has managed to forge a clear path and sound for himself – one staunchly rooted in R&B as he so fully demonstrated across his released albums City Lights and Delight. In BAEKHYUN: LIGHT, the singer was not only unrelenting in staying true to his foundations as both a soloist and as a member of EXO, but eager to establish himself as something more as well; His performances of ‘Addicted’ and ‘Get You Alone’ off his upcoming Japanese mini-album did just that and the funk-pop tracks unveiled yet another side to the enigmatic artist: One who is unafraid to push boundaries and both embrace and personify new concepts executed to perfection.

2020 has proven to be a stellar year for Baekhyun – selling over a million copies of Delight, winning Best Male Artist for the second year in a row at the Mnet Asian Music Awards, and having participated in numerous musical projects, including K-drama OSTs and his role as the leader of SuperM. However, if the commemorative BAEKHYUN: LIGHT concert could serve as an indication of the trajectory of his career, 2021 is shaping up to be a bright, brilliant year for Baekhyun as well.