Long before malls evolved from simply being a collection of shopping establishments to a mini-town center, the mall show had already been a Philippine mall culture staple. Hosted regularly and usually for free, these shows feature a wide variety of celebrities, musicians and bands chosen to fit the tastes of the mall’s patrons.

We first explored how mall shows work last year when we tagged along alternative rock outfit Hale’s appearance in Santa Rosa. This time, we go back to the crazy fun world of mall shows by joining one of the most sought-after bands today: IV of Spades.

The group has come a long way since their Wanderband stint in 2015. They’ve been included in the lineup of the most anticipated festivals in the country, booked overseas gigs, won awards both locally and internationally, embraced changes within their group, and released a new single while we anticipate their debut album.

But Zild Benitez, Blaster Silonga and Badjao de Castro did not merely win the ‘Dreams Come True with Air Asia’ early this year — they also won the attention, praise, and hearts of many.

The show was bound to happen at 6 PM. But as early as 4 PM, Ayala Mall Solenad 3 had already transformed into a hub of fans not just from Santa Rosa, but also from its neighbouring cities and provinces. Despite the heavy rain and the threat of getting stranded, these teens, tweens, and young adults soldiered on to see, listen to and meet the boys. 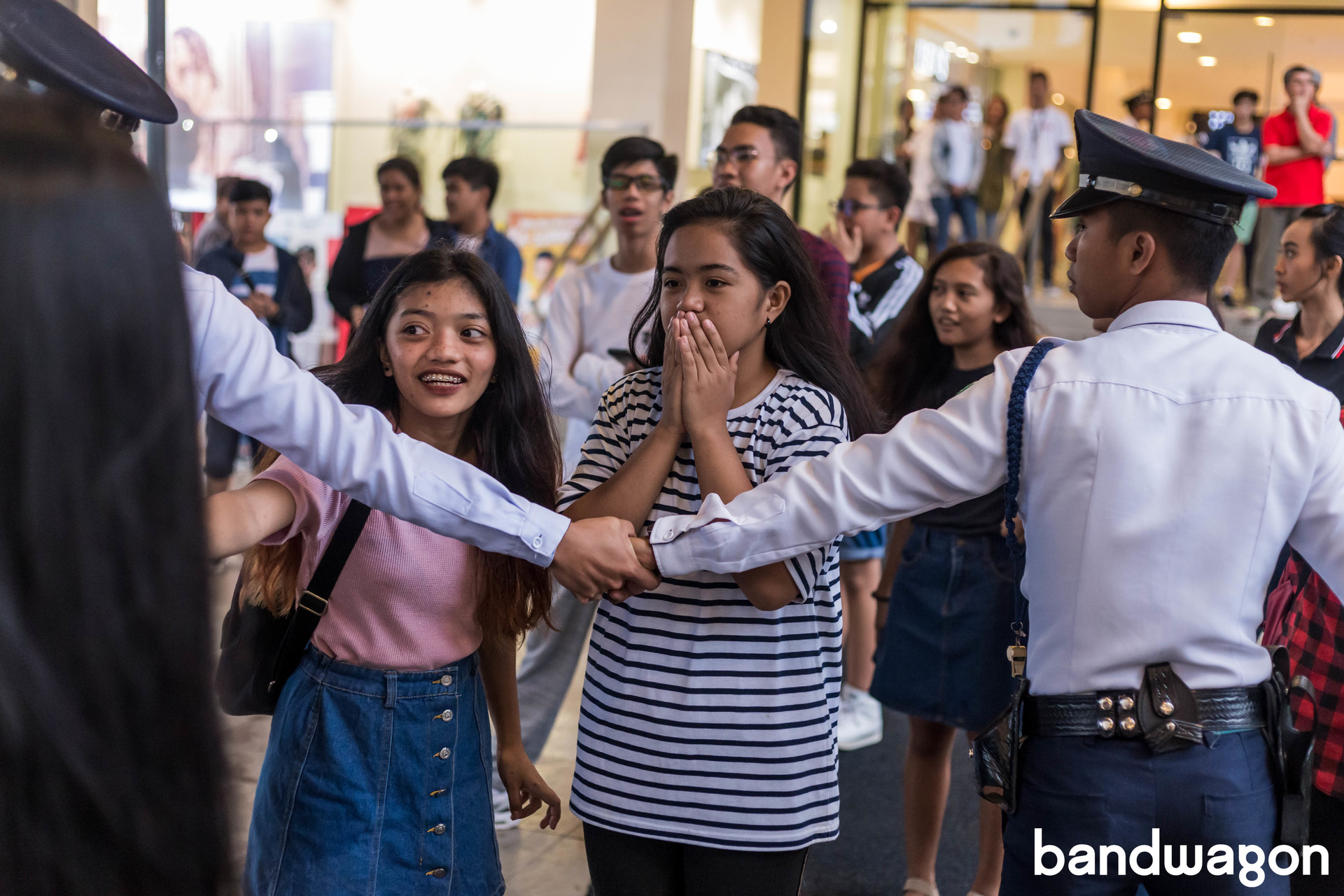 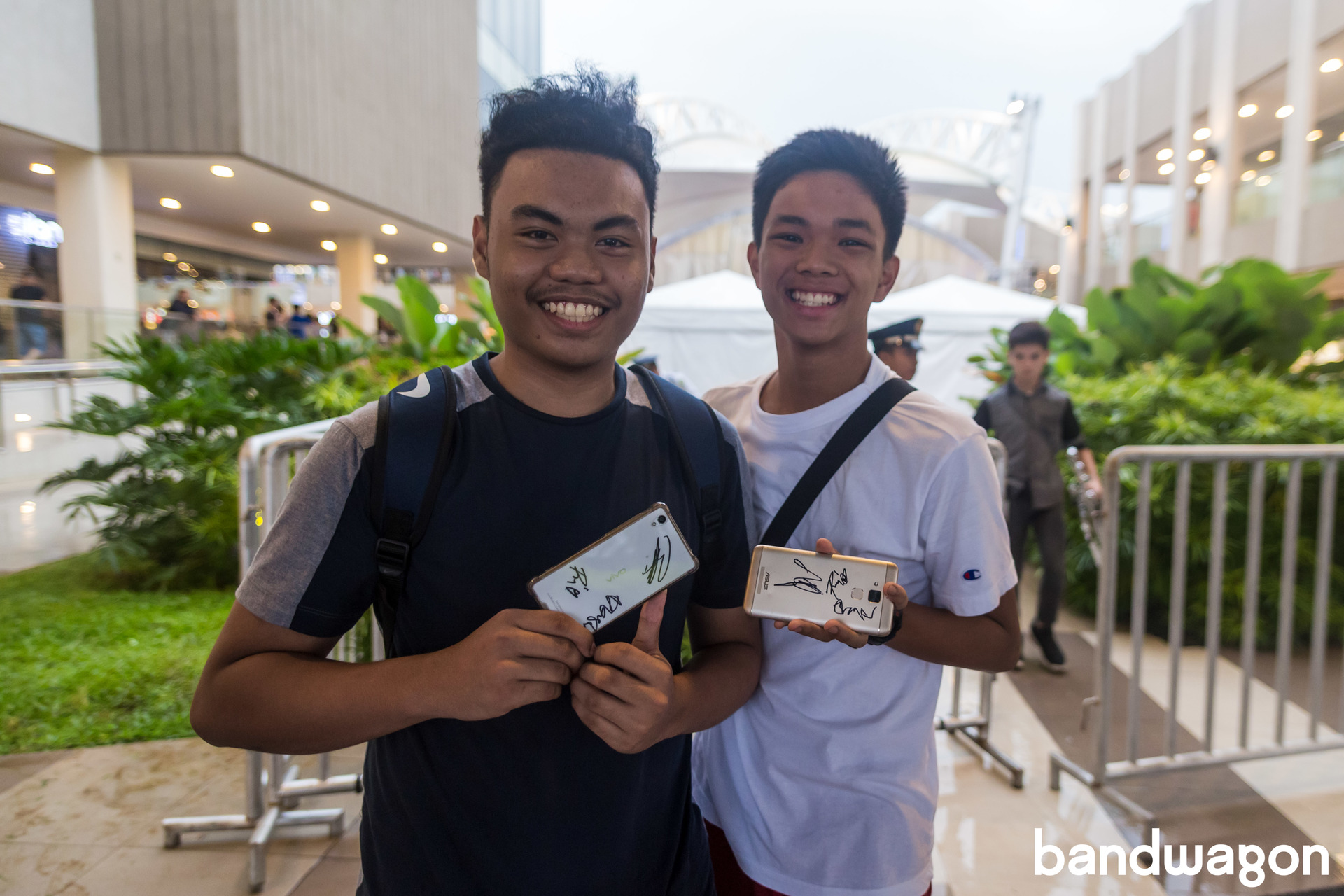 - Benedict from Calamba, 16, who celebrated his birthday by attending the mall show with his friends 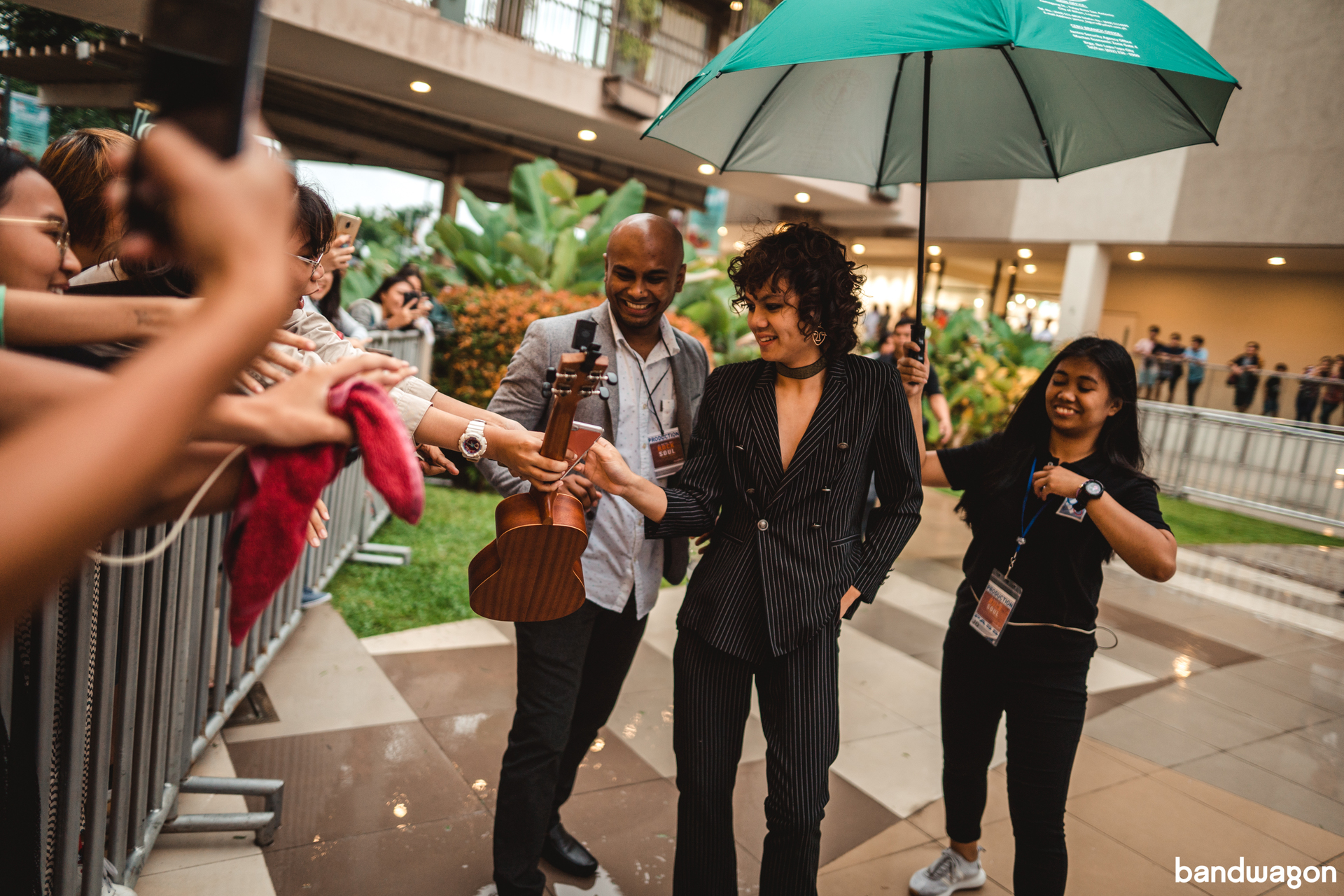 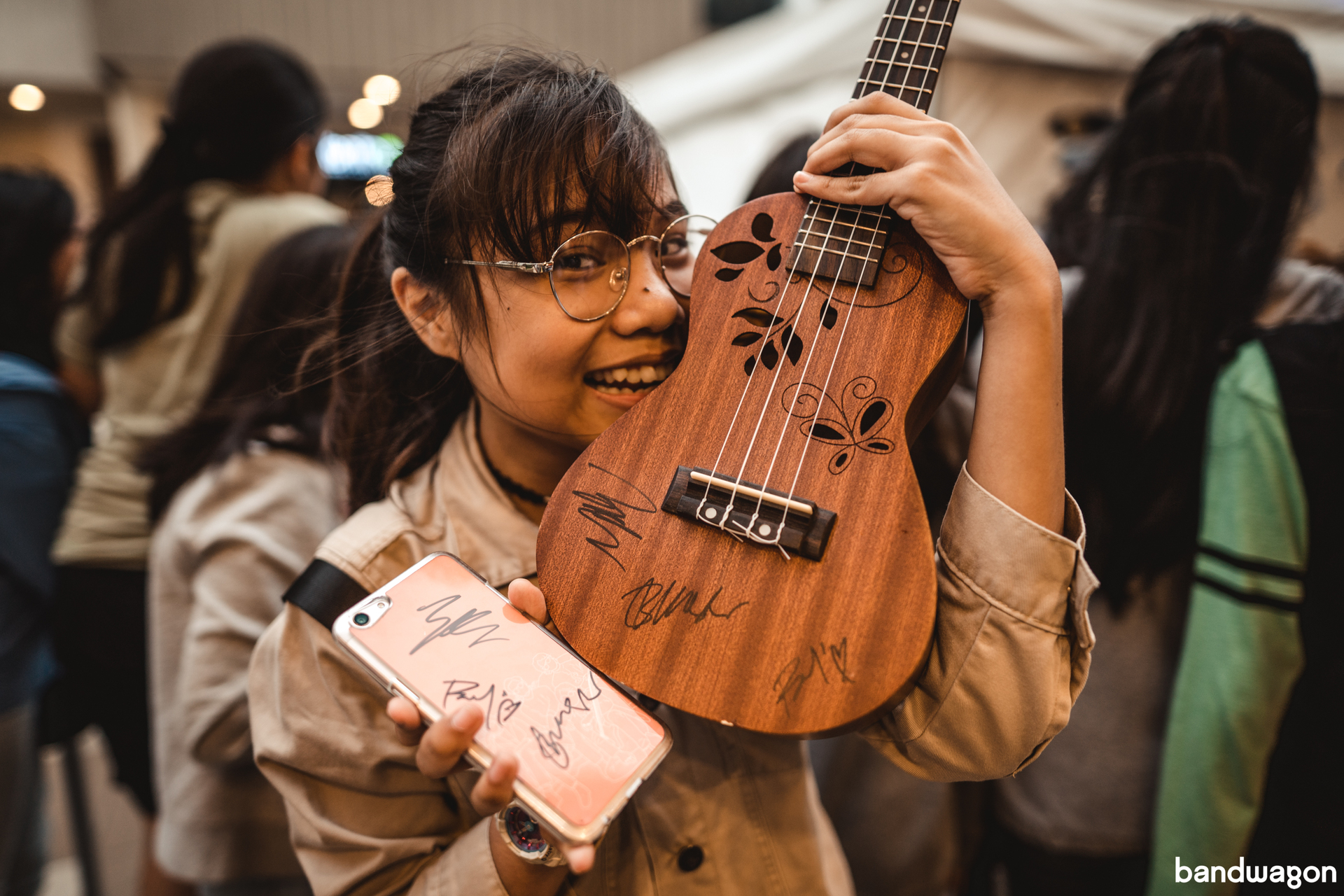 That afternoon, a handful of fans, who were also aspiring musicians, had their instruments signed by the band.

Two of these were girls from Bacoor, Cavite, aged 11 and 14. We spoke with their mother, Mommy Ellen, who mentioned that she and her husband were also avid music fans (new wave, to be precise), which led to them being very supportive of their daughters drawing inspiration from the band. According to Mommy Ellen, her daughters have been following the boys’ work ever since Zild and Blaster first appeared at a noontime show last year.

And they’re not the only parents enjoying. With the young fans eager to meet their heroes are other parents who had become curious about the musicians who have captured their children’s attention. 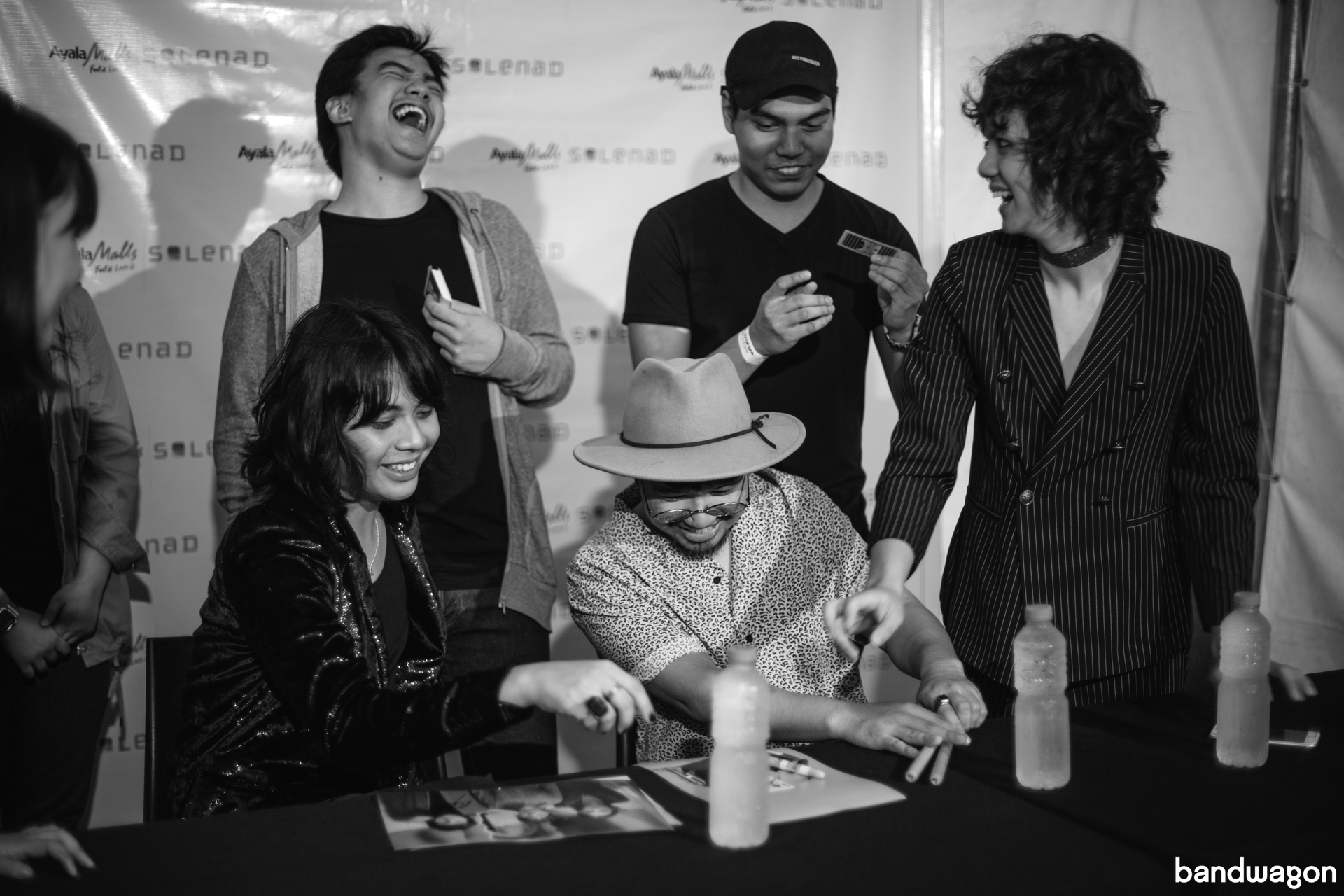 It’s interesting to see the addition of live music to the usual family activity. A simple weekend becomes magical for the family member whose idol appears on the activity area stage, and the rest of the family discover something new. Through mall shows, musicians pave the way for those who may otherwise be too broke, too young, or too busy to witness music performed live.

If screams were to measure energy, then we can say that it was on an all-time high – from the boys’ arrival at the venue and during the meet and greet session, to the moment they got onstage and up until their last song was played.

The trio captivated each and every person in the area as they put their musical talents on display. Their presence onstage was undeniable and ensured that the crowd would see exactly who they are as a band and as individual musicians. 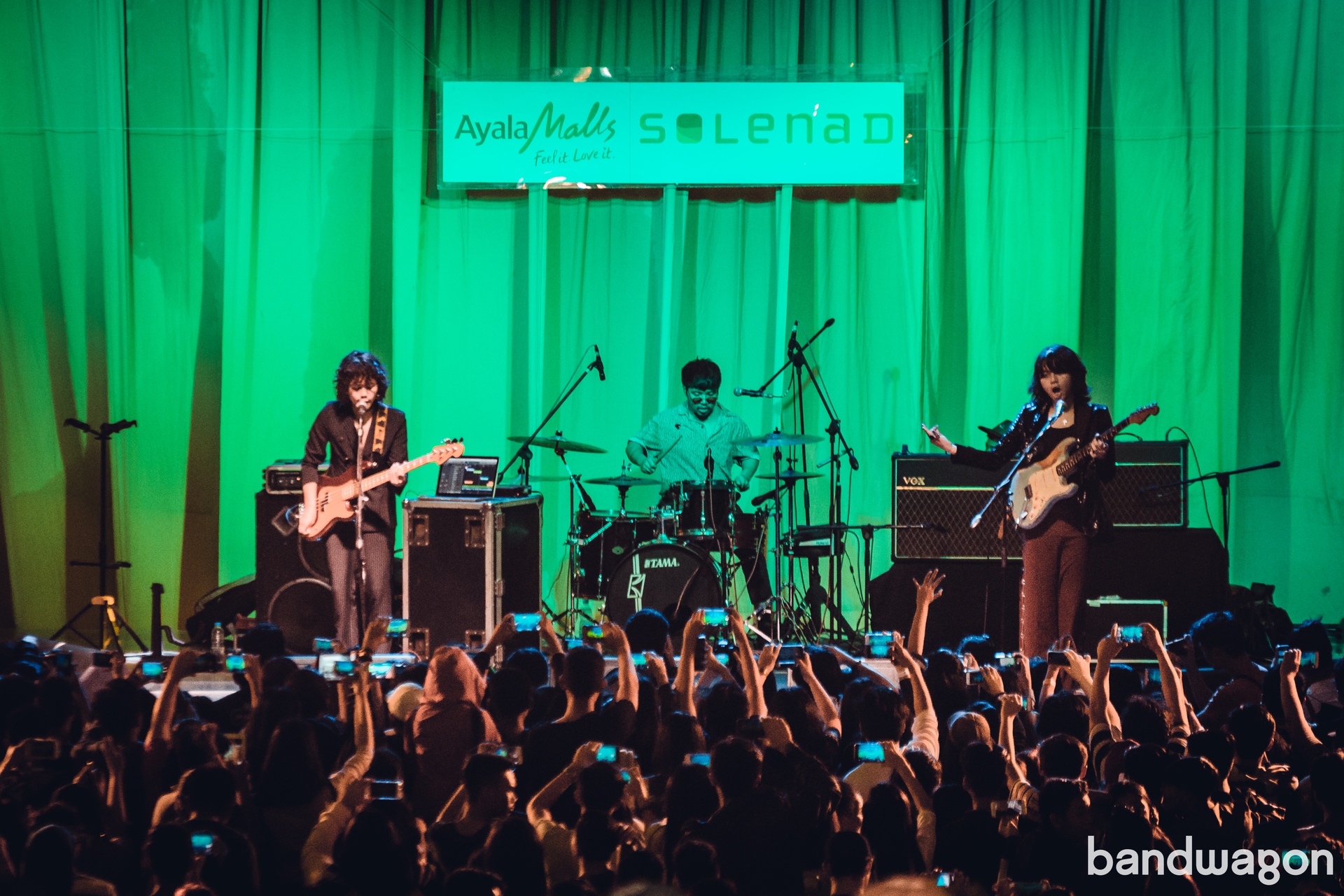 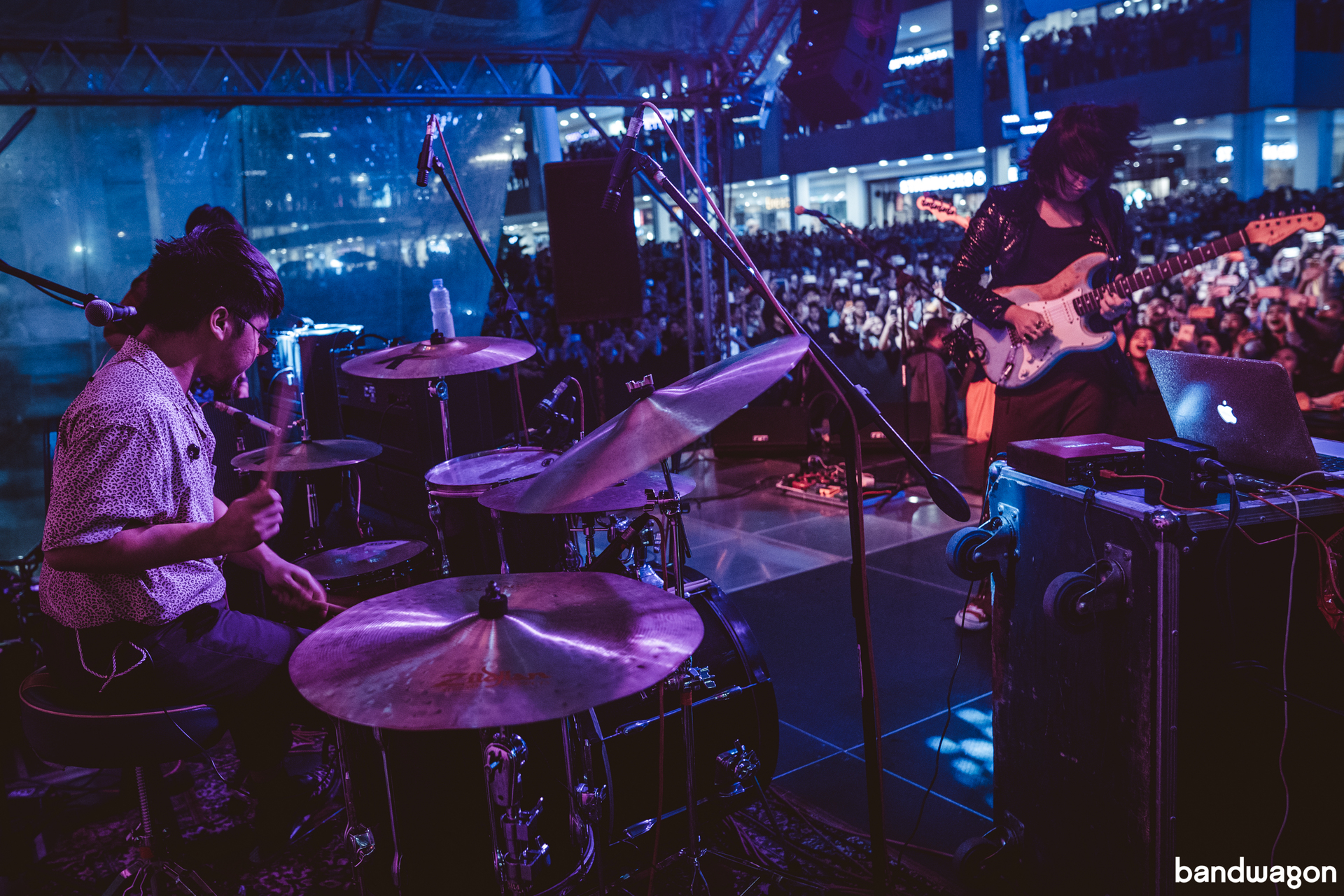 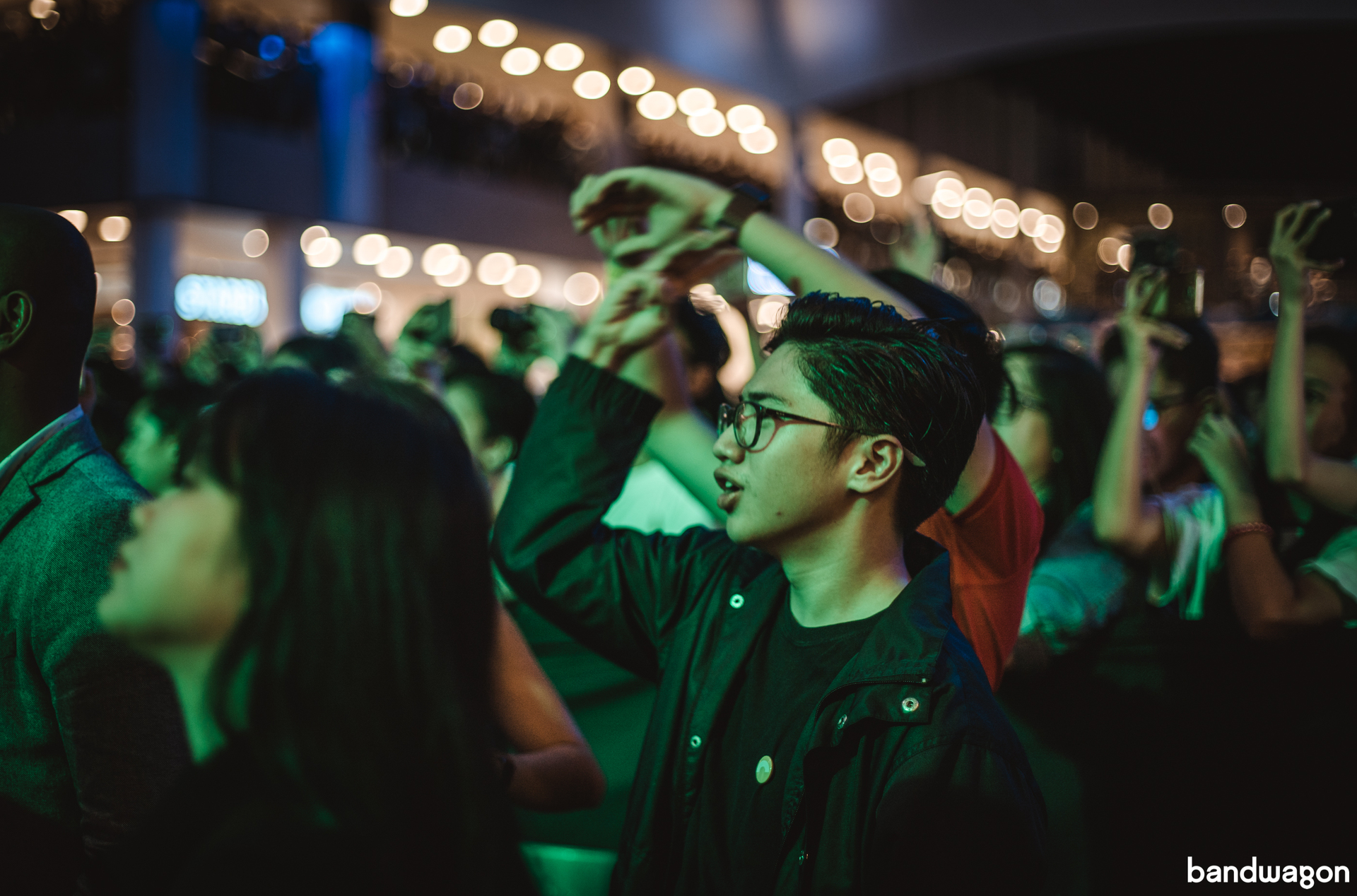 I first saw them at Quids Night Out because we were on the same lineup. It was really solid because you’re on the same lineup as the IV of Spades. I like how all of their songs make you dance on your feet. Every single one of them. You can’t stop yourself from dancing.”

- Ygo of Ysanygo, who came from Canlubang with his family to see IVOS perform 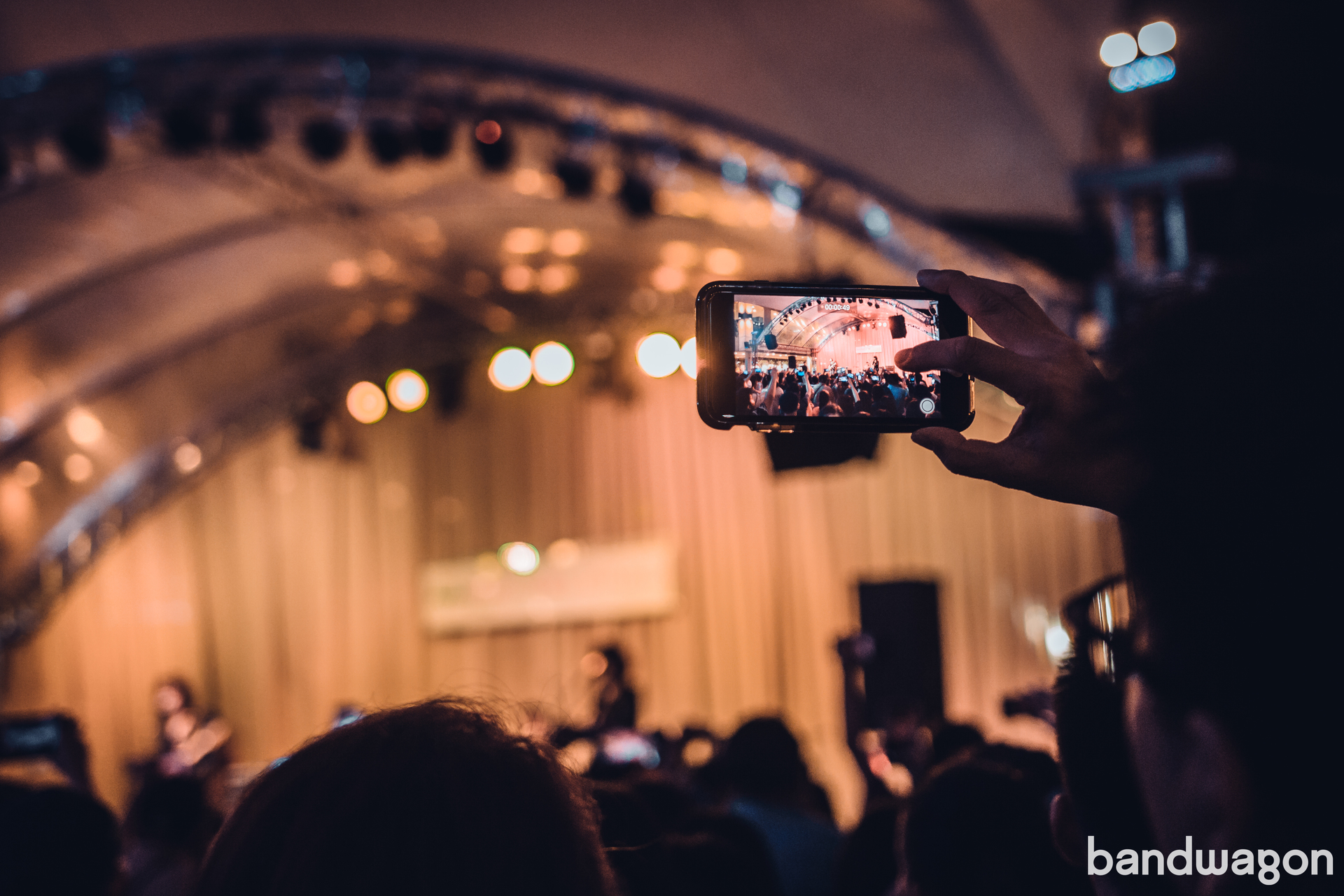 When we first watched them, they didn’t move a lot like they did [right] now. Now, they are more energetic and more connected with the audience.”

- Miguel, 18, who previously photographed the band in one of their gigs last year 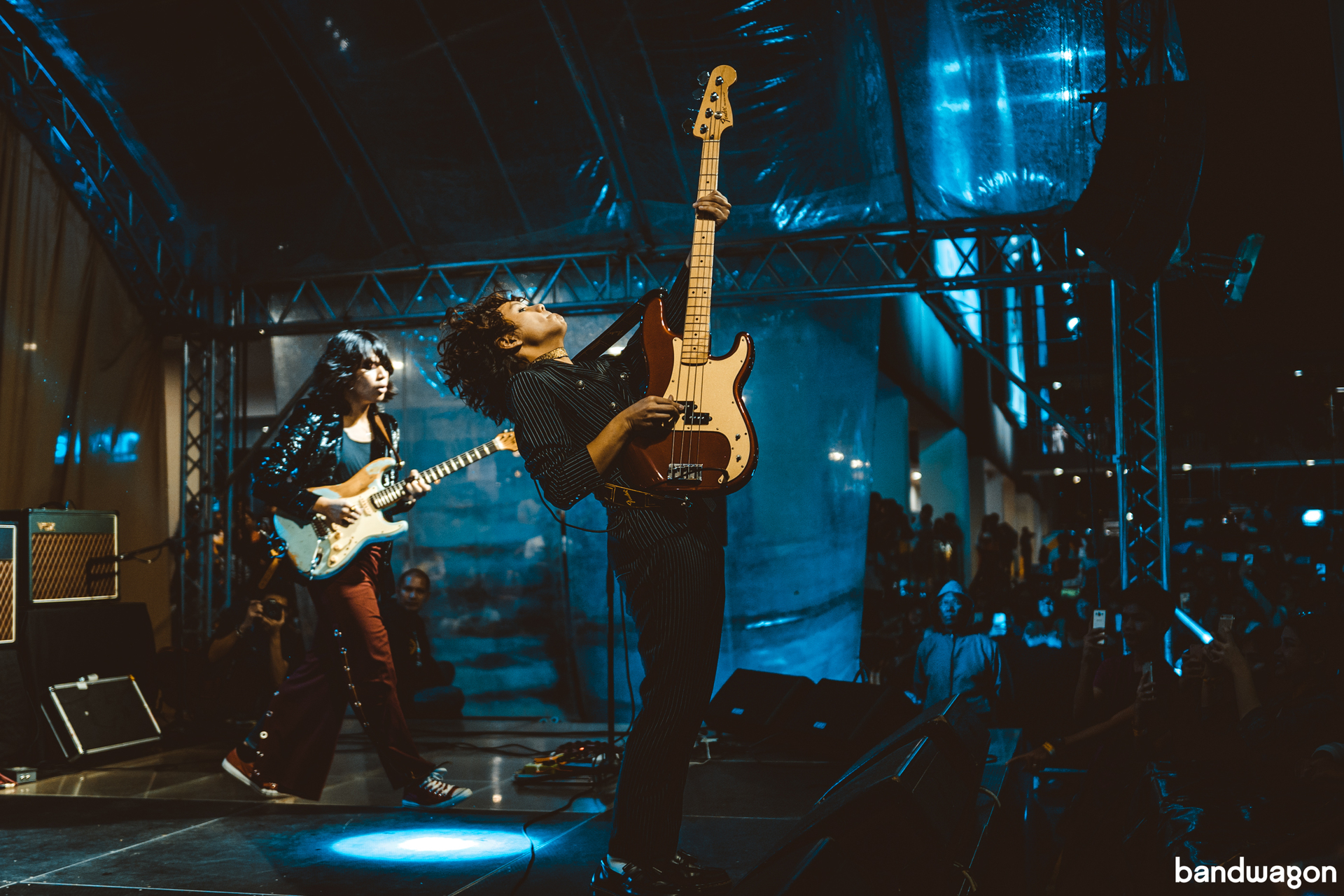 Best head bang of my life. It was a hell of a performance! […] It was a wild experience. I wasn’t planning on getting sweaty today, but I am. How can you not dance with them? ‘Di mo mapipigilan. [We] didn’t realise that [we were] bopping my head na." 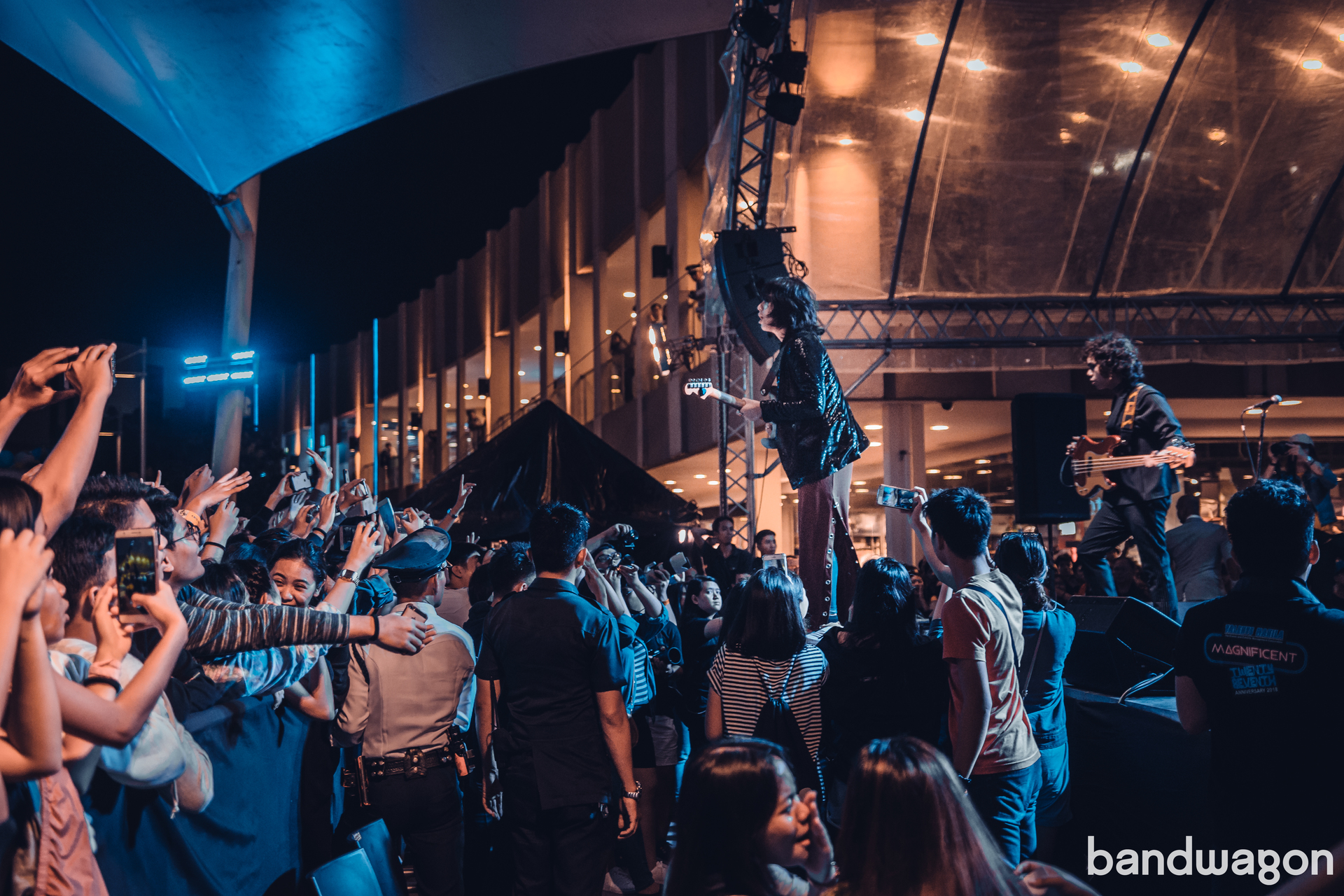 Whether it was their first time to see the band live or the latest of many, everyone revelled in swaying along to ‘Hey Barbara’ and singing ‘Mundo’ in unison. The rain let up eventually as the show came to an end, but that collective overwhelming feeling of awe and wonder stayed with the crowd long after the show was over. For many of those in attendance, it was more than the spectacular performance that made it one for the books.  It was being part of the show — the community — that celebrated fine music.

The boys closed the night by saying, “Someday, you’ll be onstage.” During this mall show, though, we felt like we were already on it with them. 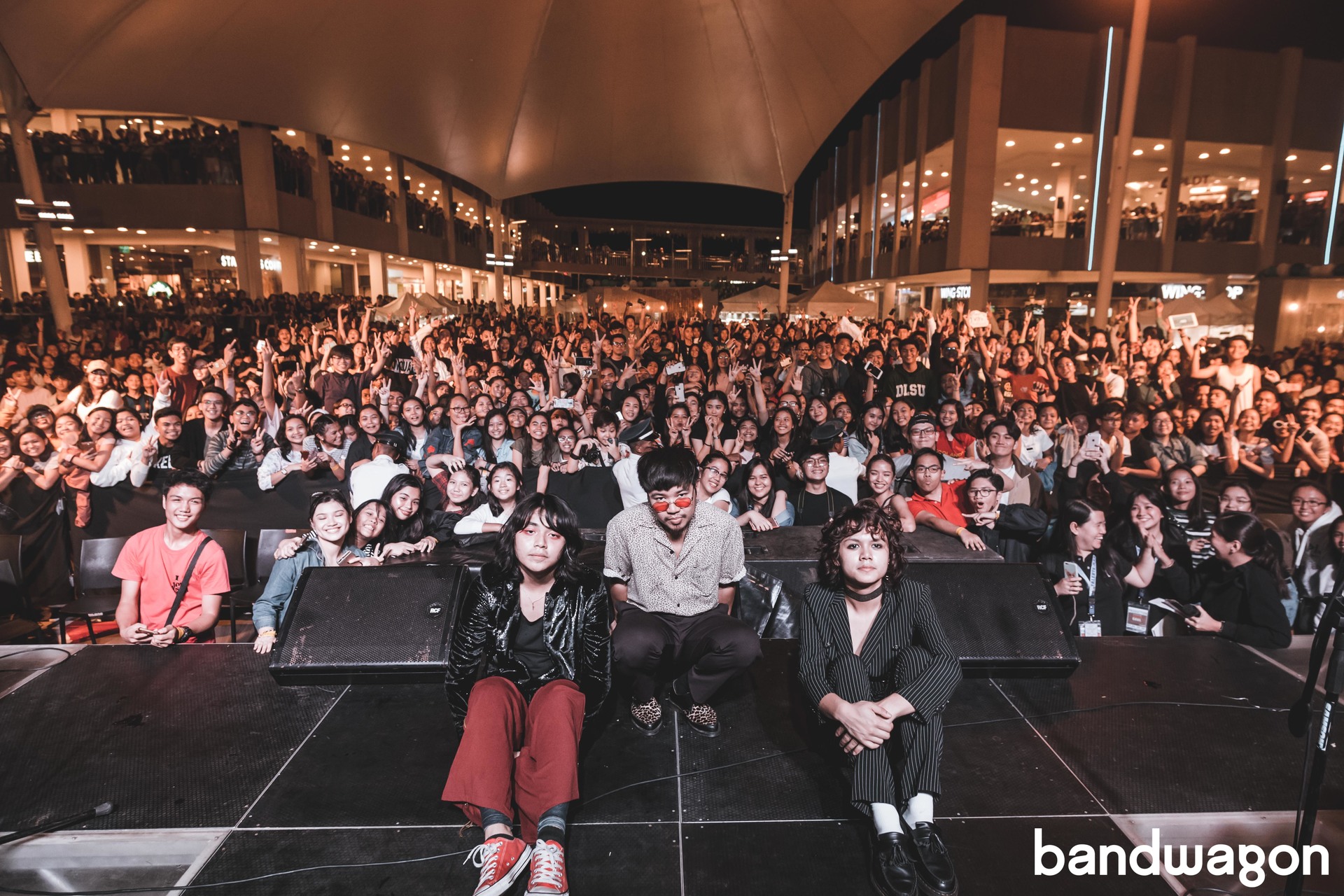 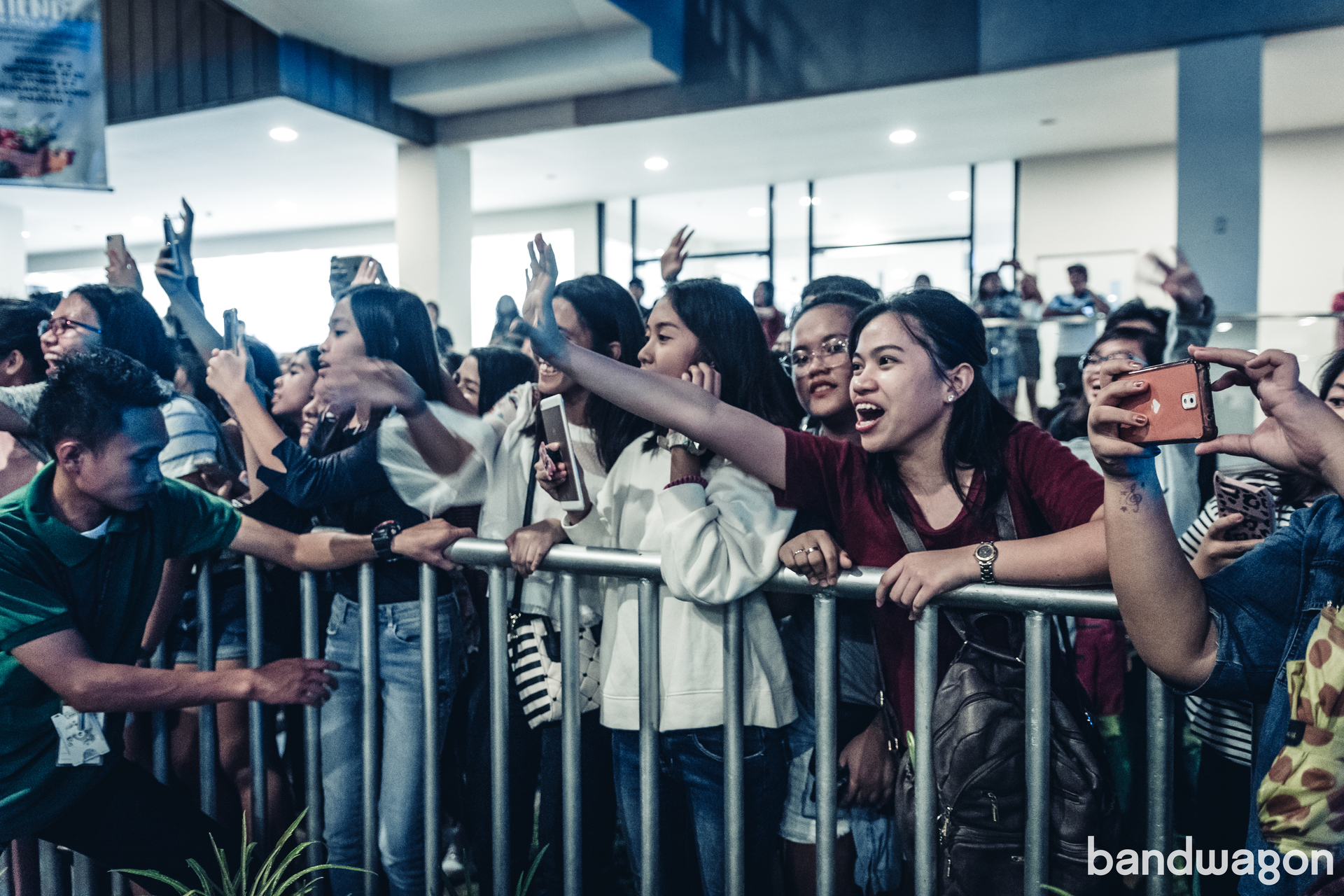 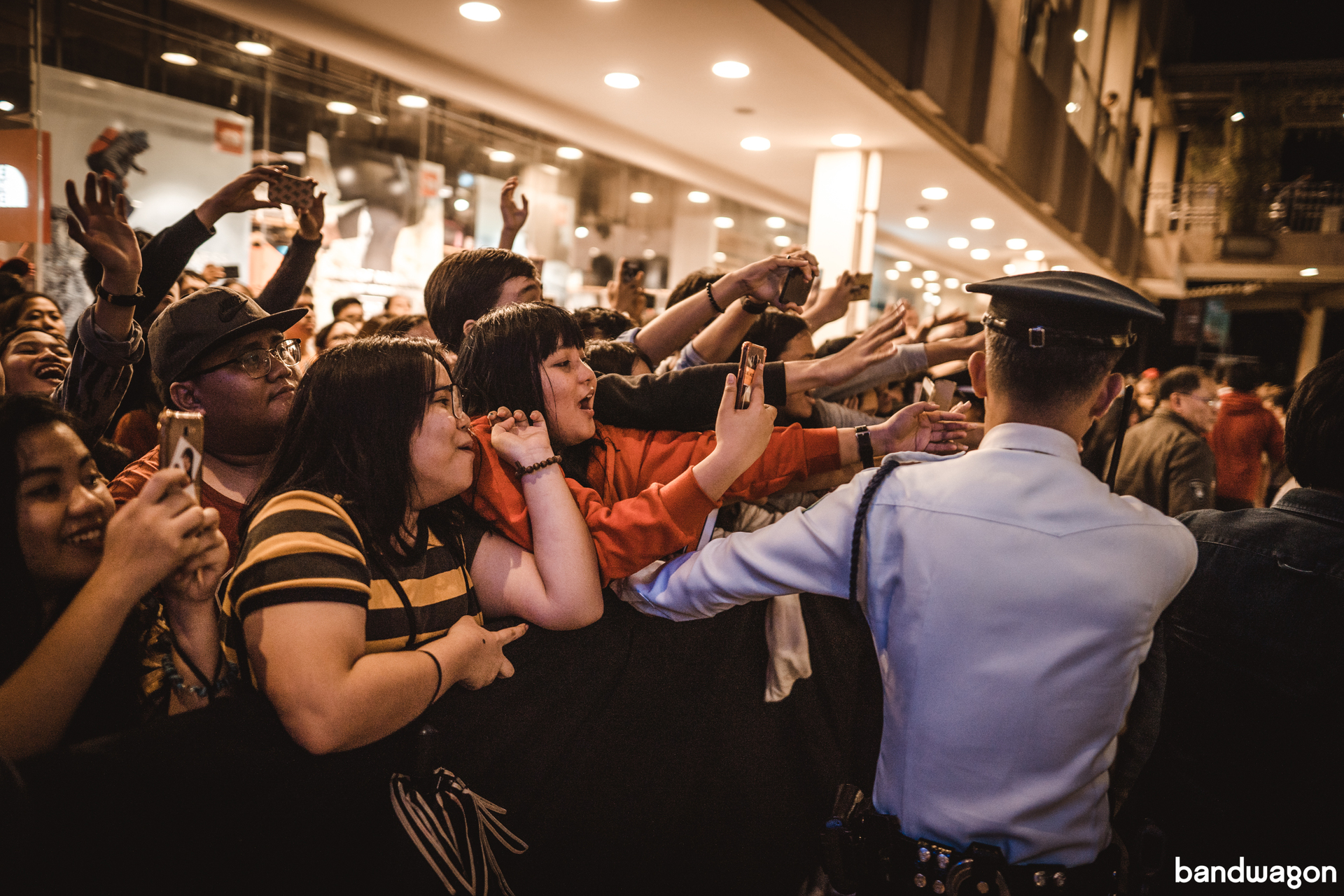 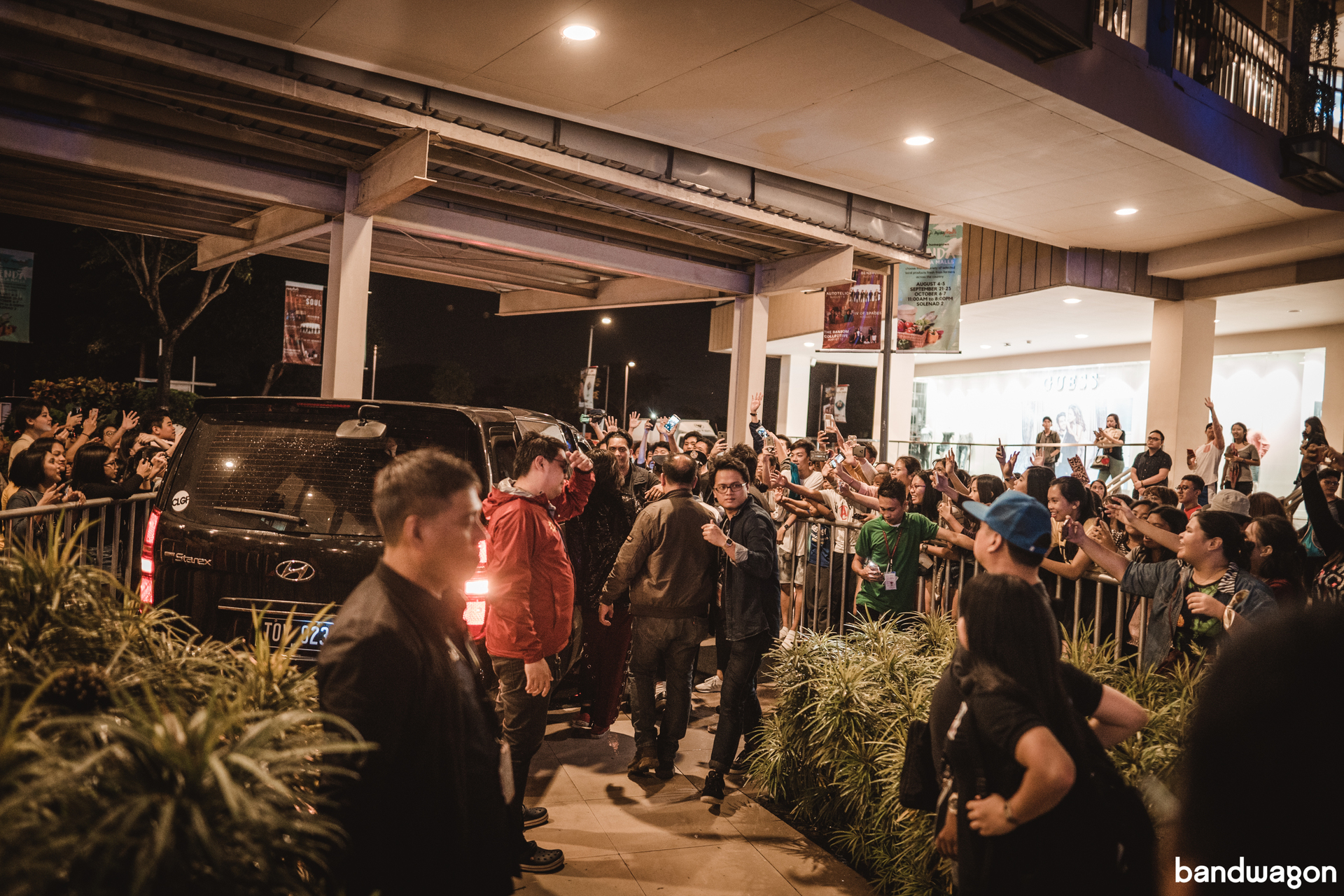 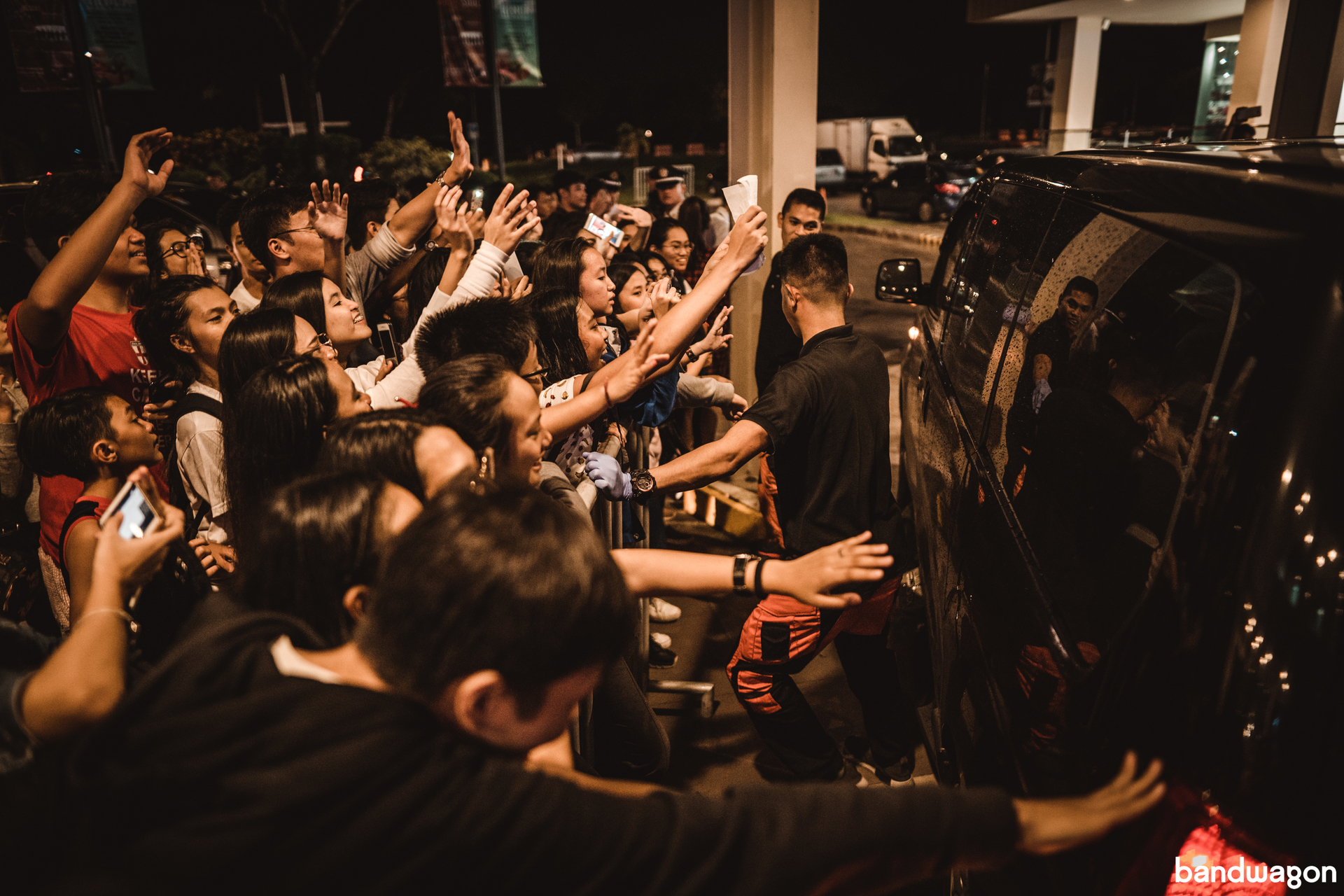 Watch as IV of Spades makes their way onstage during their first-ever Ayala Solenad show:

Check out more photos from the show here: 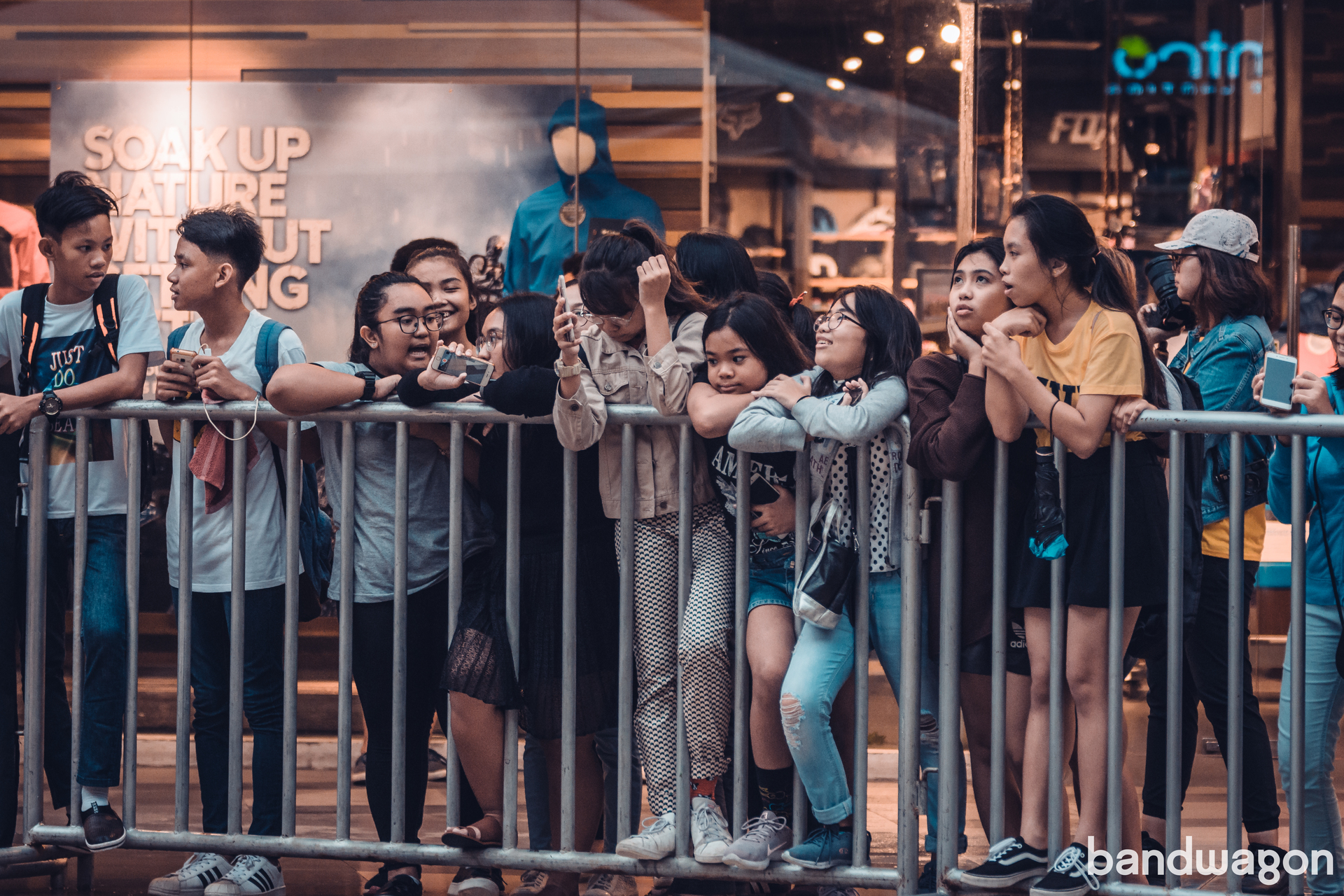 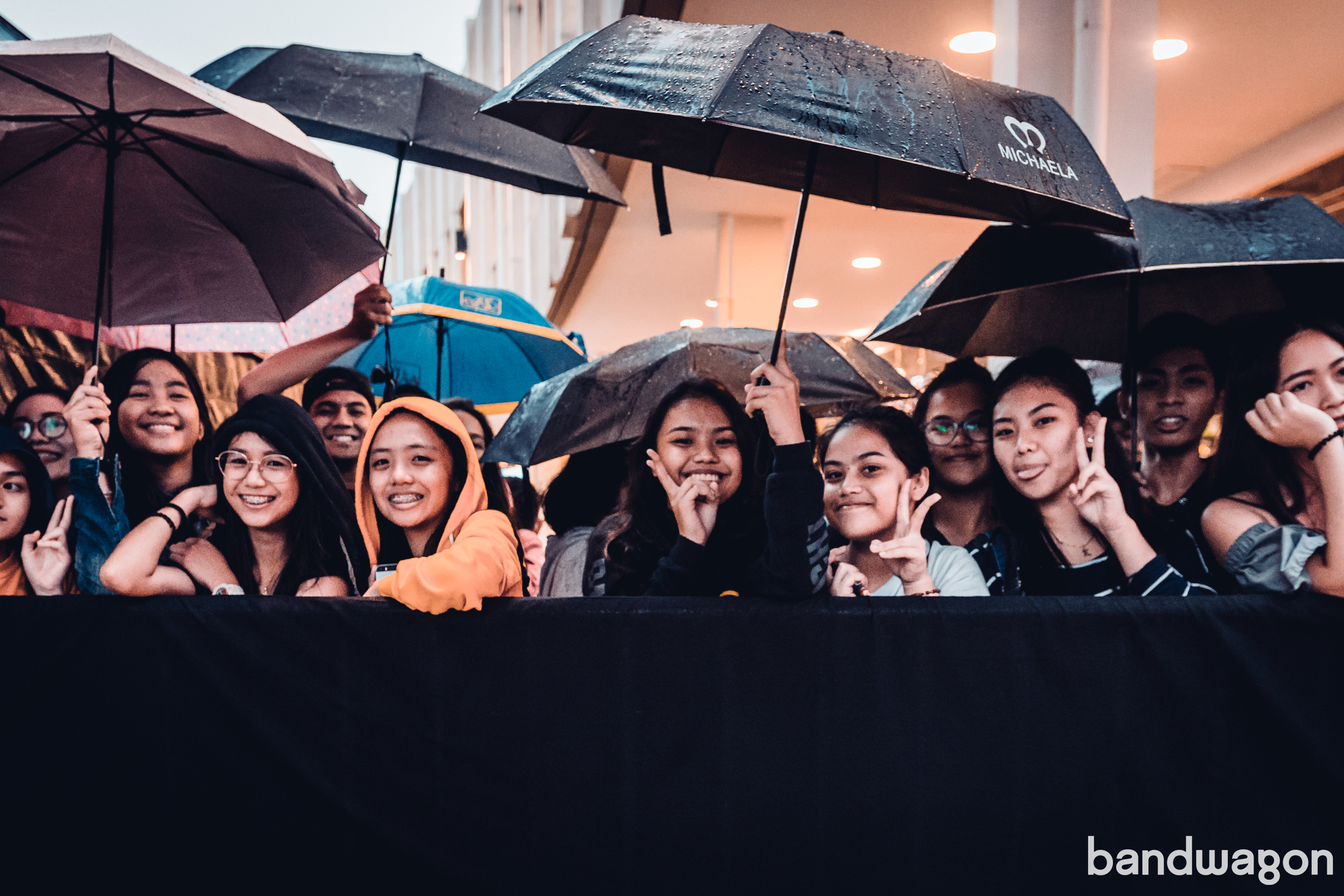 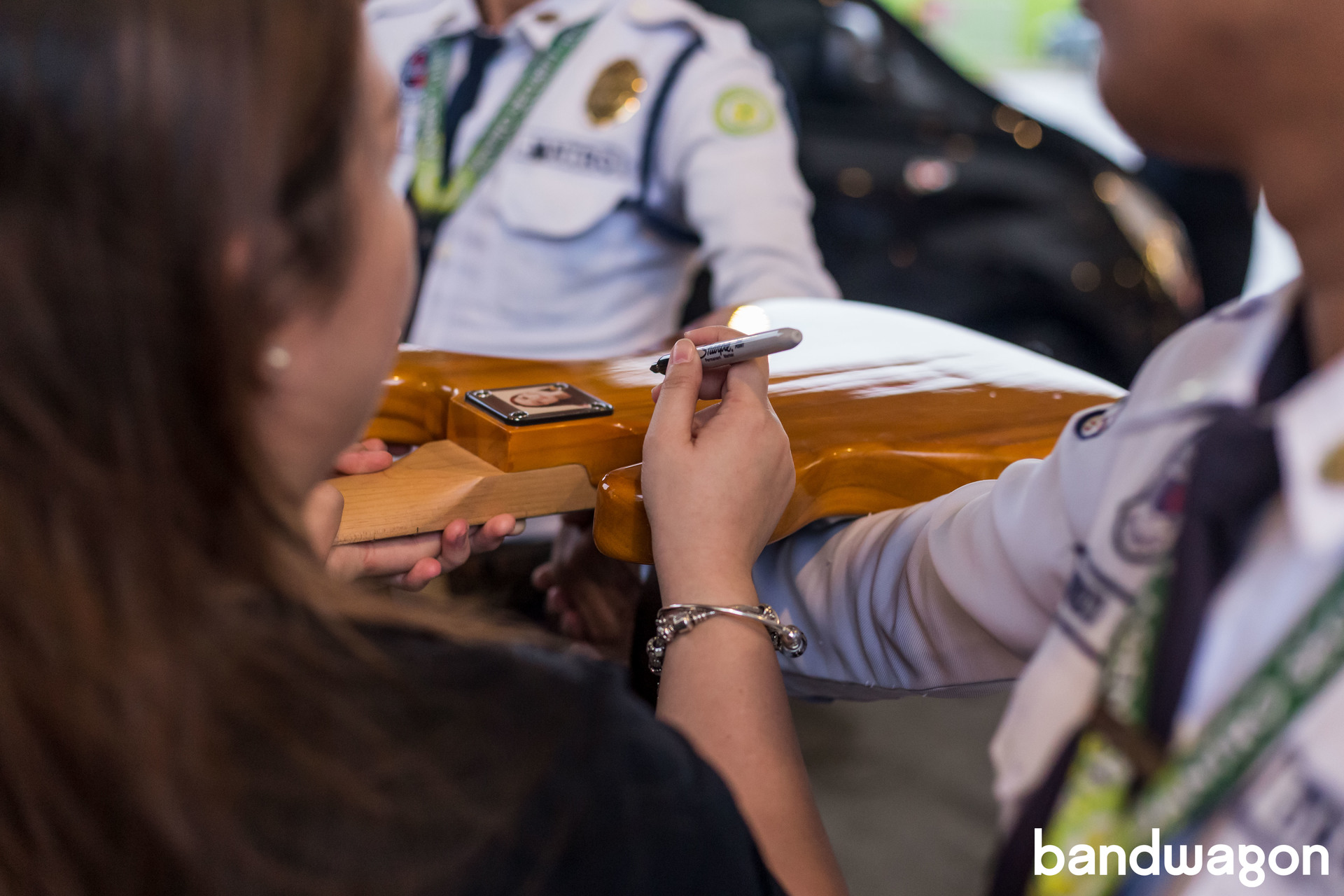 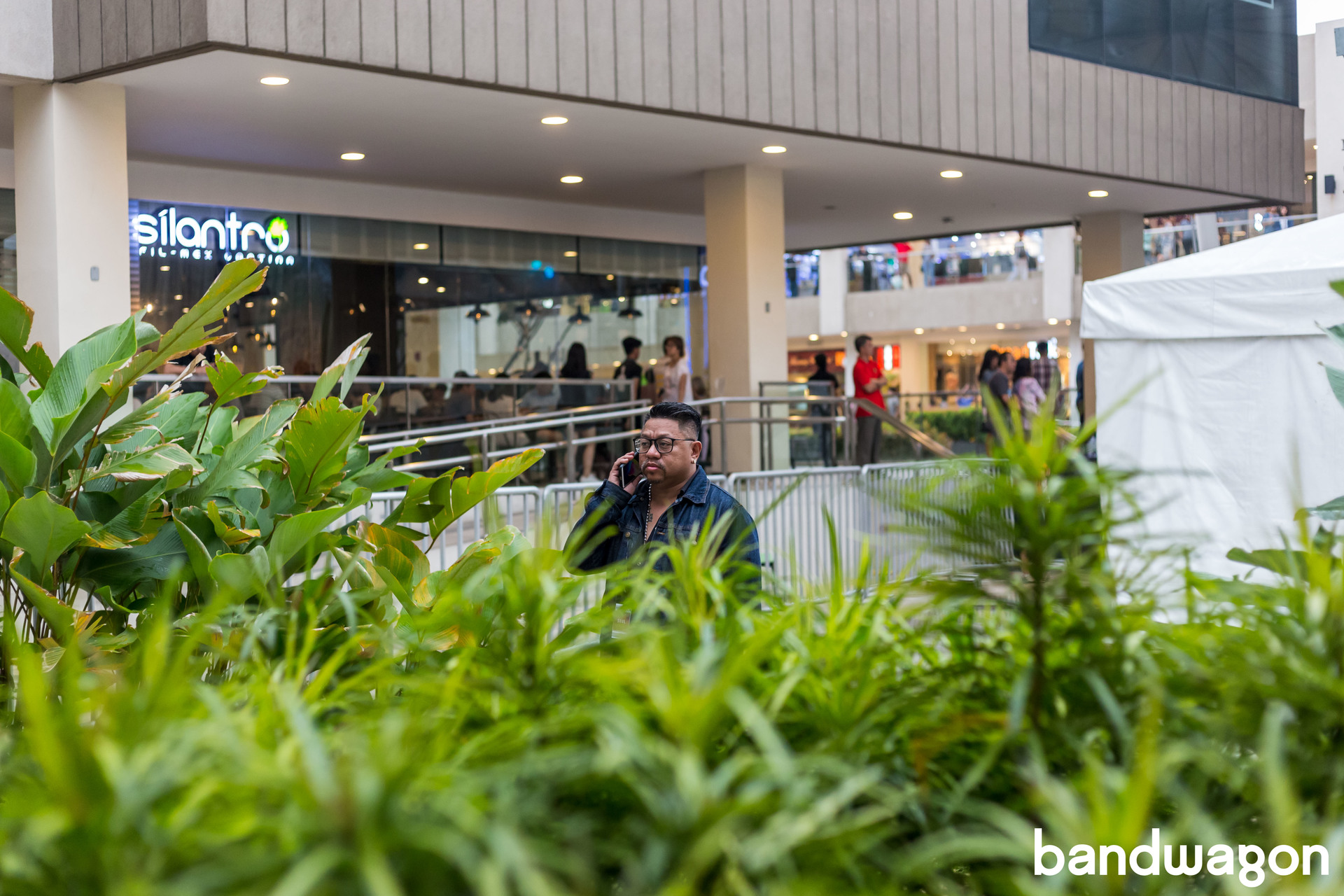 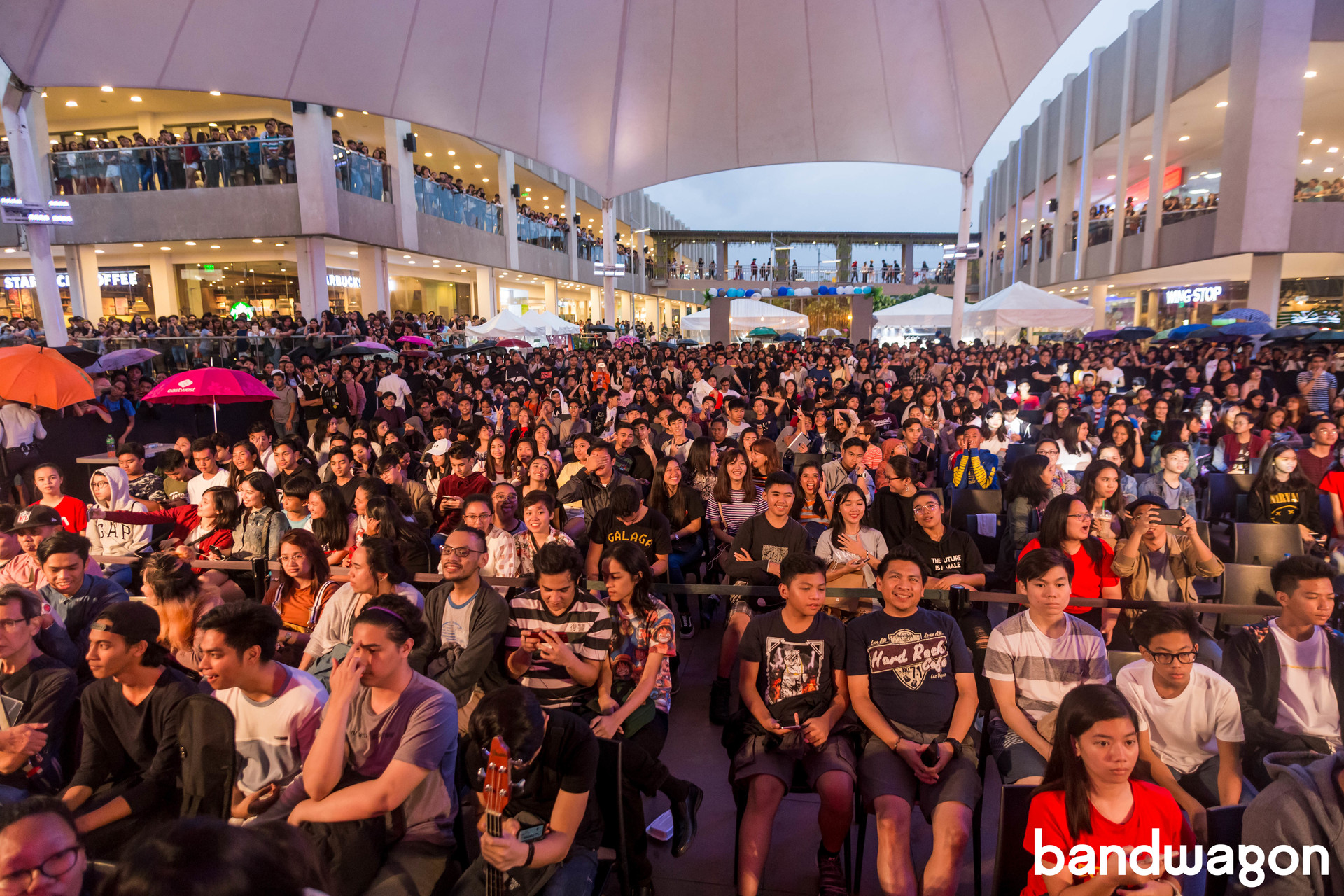 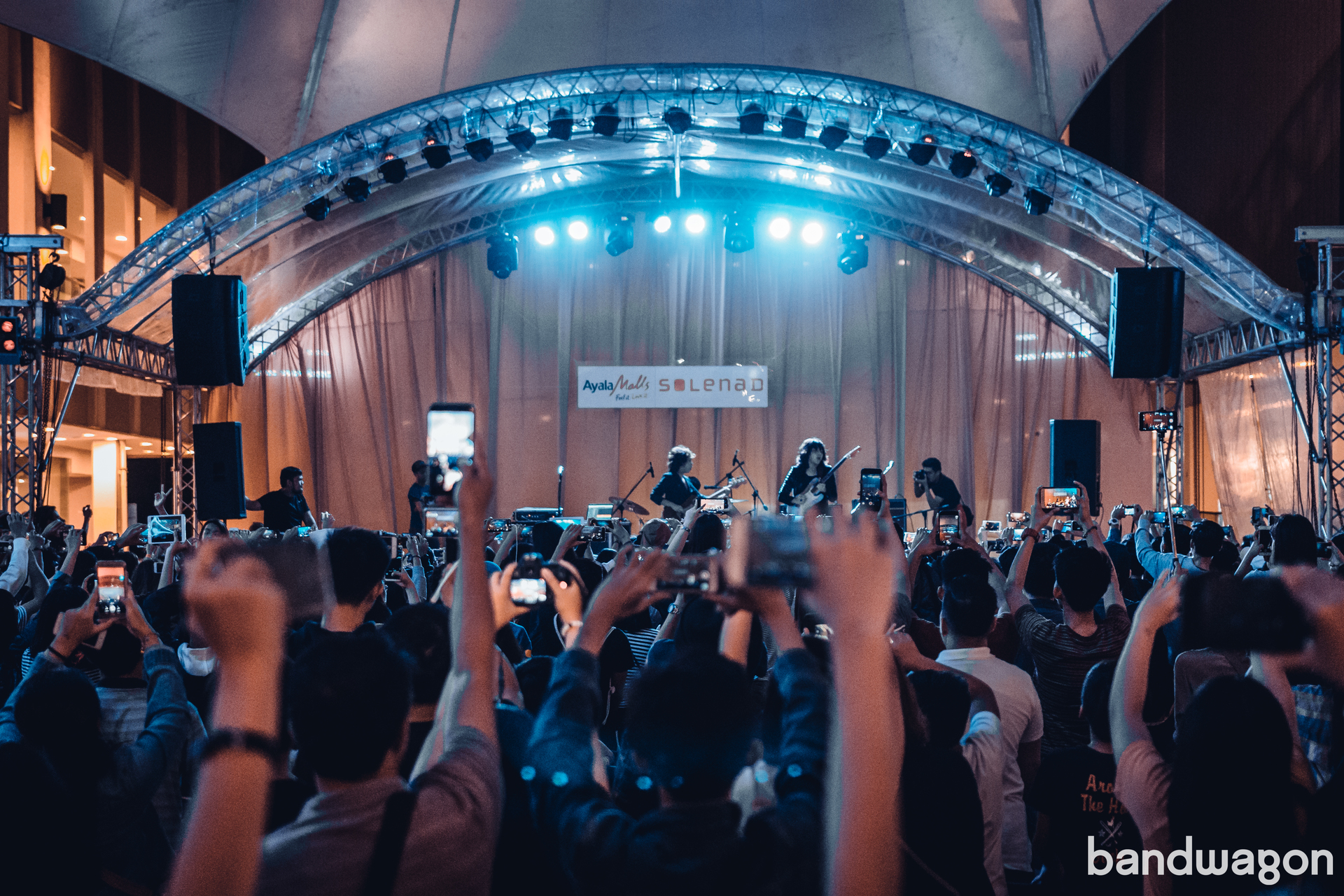 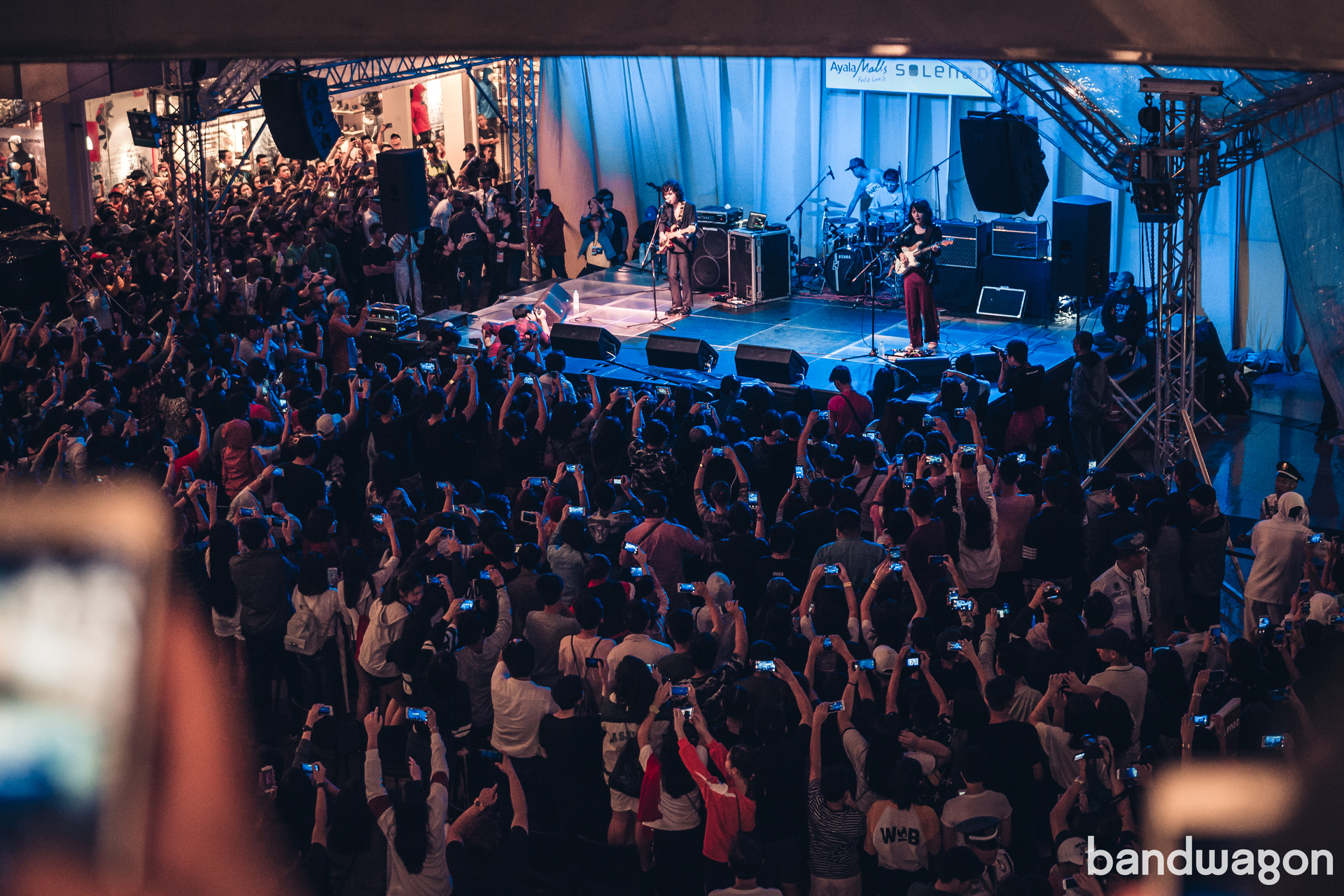 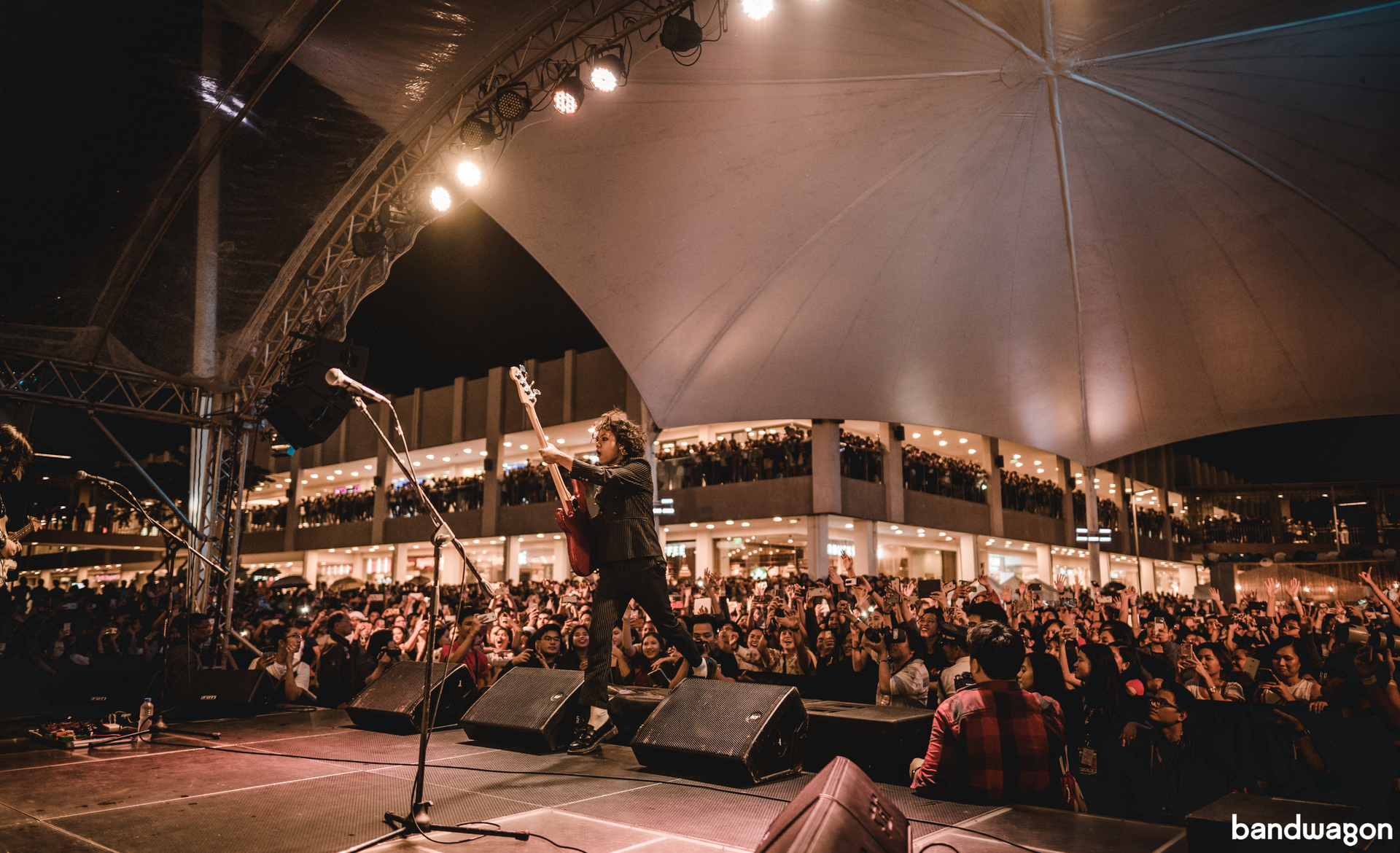 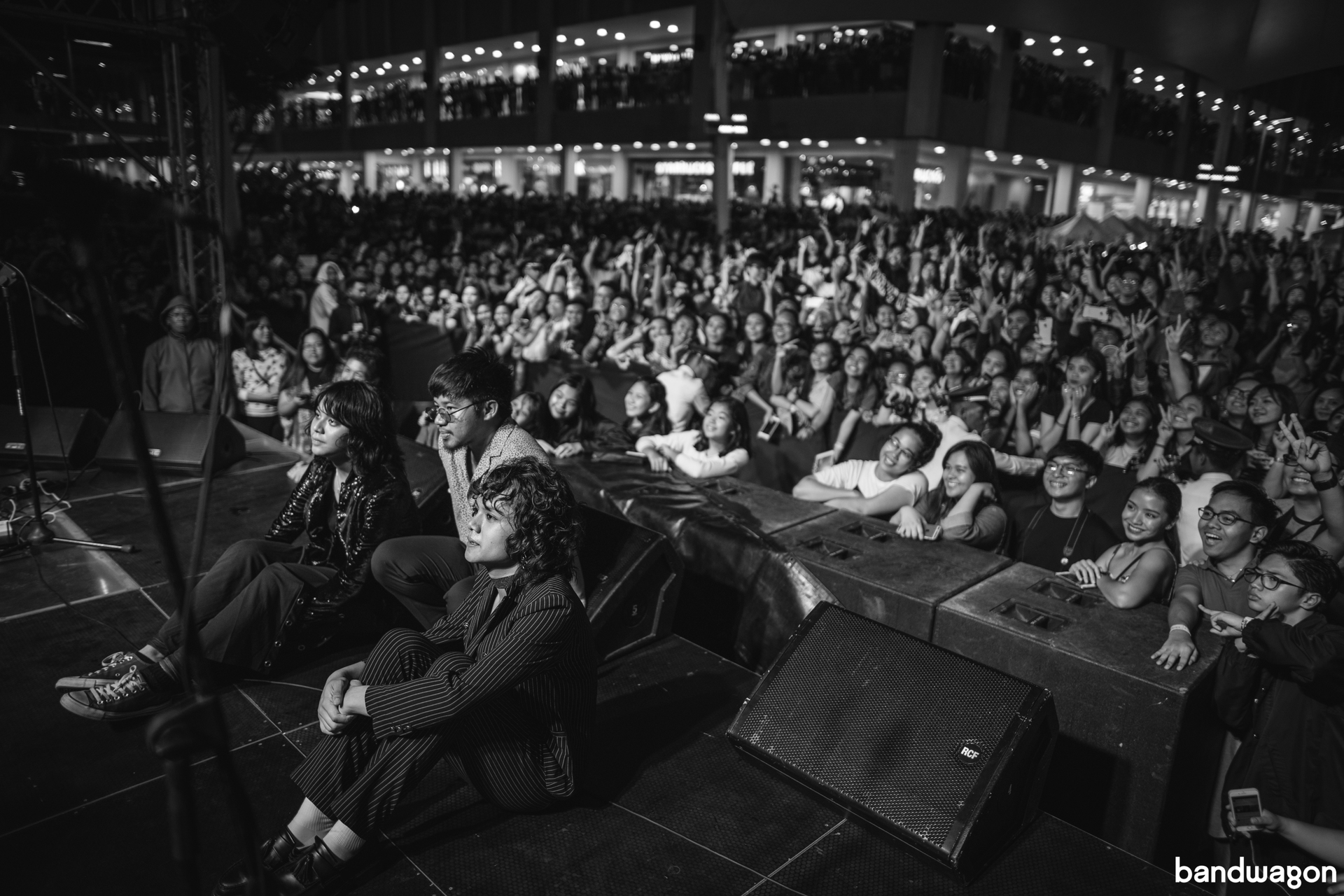 IV of Spades are currently working on their debut album and are constantly touring across the Philippines and the region. For updates on their shows, follow them on Facebook.