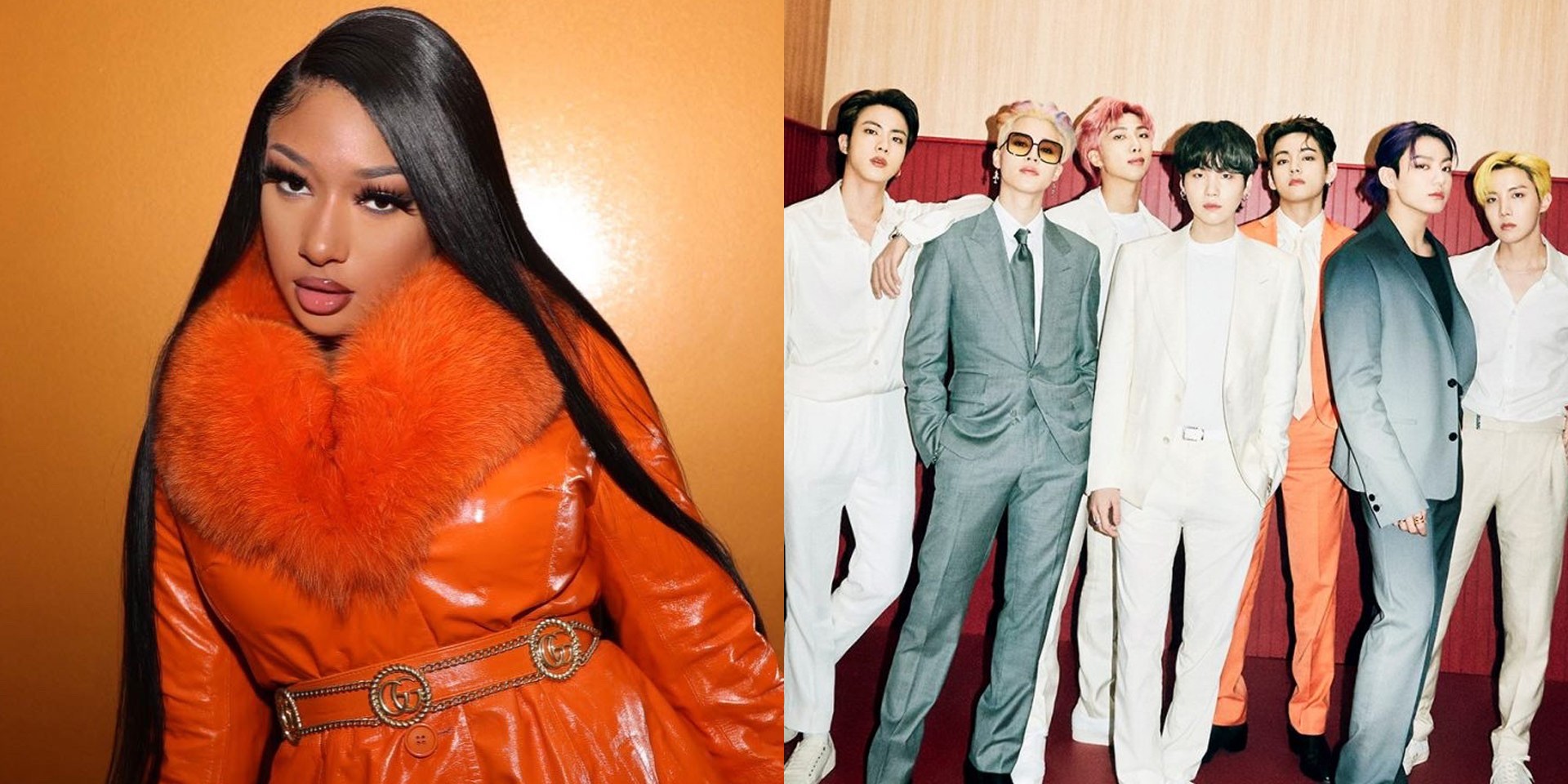 Megan Thee Stallion's remix of BTS' hit single 'Butter' will get to see the light of day.

The American 'WAP' rapper was met with a debacle with her label 1501 Certified Entertainment after they blocked Megan Thee Stallion from releasing a remix of the BTS record-breaking track. On Tuesday (08/24), she sought legal intervention and filed for an emergency temporary restraining order for 1501 to allow the release of the remix, stating that the label CEO Carl Crawford and partner J. Prince held their approval of the track.

A Texas judge has since ruled in favour of Megan Thee Stallion's request, green-lighting the GRAMMY Award-winning rapper to push through with her 'Butter' remix release scheduled for this Friday, 27 August. According to BigHit Music, the upcoming remix celebrates BTS' latest milestone of 'Butter' hitting No.1 on the Billboard Hot 100 nine times, the most by any 2021 song to date.

Megan Thee Stallion took to Twitter to express her excitement about the upcoming release. "Y’all don’t even understand how excited I am."

According to Billboard, the order states that "failure to enter a temporary restraining order at this time would cause irreparable injury" and that Crawford, 1501 Certified Entertainment, J. Prince, and 300 Entertainment "have recently engaged and will continue to engage in conduct preventing the release of her new music, which would irreparably damage her goodwill, reputation, and overall music career and infringes on her rights to self-expression through her music."

Another hearing on the issue has been scheduled for 10 September.

This isn't the first time 1501 held back on the release of a Megan Thee Stallion offering. In March 2020, the rapper (née Megan Pete) took things to court against the label over unfair contract terms. A judge ordered 1501 Entertainment "to do nothing to prevent the release, distribution, and sale of Pete's new records."

To honour the upcoming release of the 'Butter' remix, the BTS ARMY and Thee Hotties launched the #TheeARMYFund to raise 100,000 USD for Black Women for Wellness and Women for Afghan Women, in support of Megan Thee Stallion.

Okay ARMY, a little 🐦 told us that you're all looking to support Megan @theestallion by supporting causes in her honor and in honor of #BUTTERTHEEREMIX!😎

Here's the current project that ARMYs have arranged! We see it's for some pretty amazing causes - check it out!💜 @BTS_twt https://t.co/nI6v3kU5f5

A message from one of #TheeARMYFund 's chosen charities. The team doing exceptional work at @WAWHumanRights.

Read below for more insight on the impact your participation in this project is helping provide.