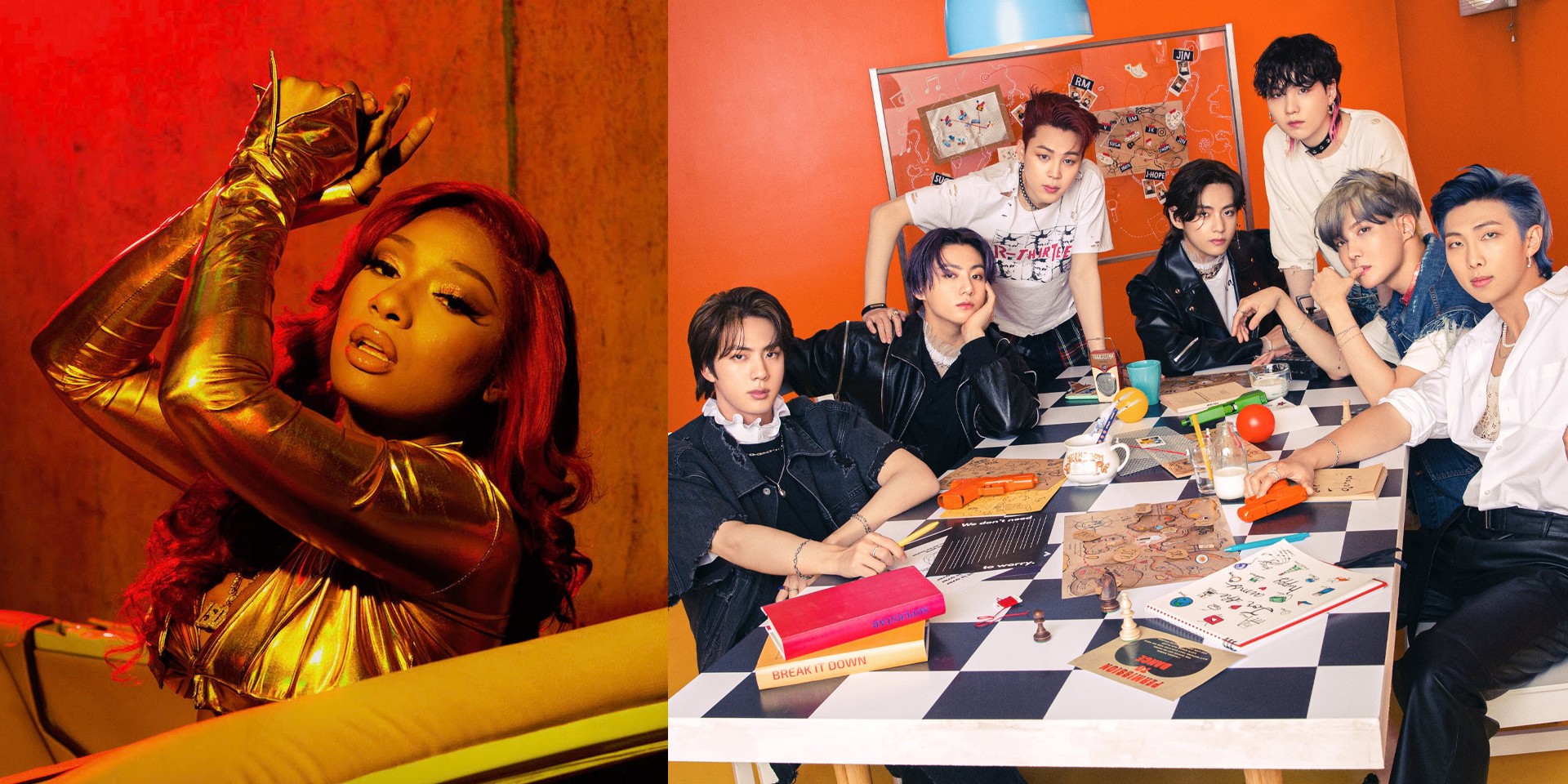 On Friday (08/27), the American 'WAP' rapper stood taller than ever as she unveiled her take of the BTS chart-topping, record-breaking single, which celebrates 'Butter' spending a total of nine weeks at No.1 of the Billboard Hot 100 chart.

Its release follows her win against a controversial legal battle with her label 1501 Certified Entertainment, which previously refused to give approval of the track.

In a press statement, Megan Thee Stallion shares "I love BTS so I'm super excited to be on the 'Butter' remix. I can't wait for all the Hotties and ARMY to hear it."

Over the past two days, BTS' and Megan Thee Stallion's fanbases, ARMY and Thee Hotties, have also been celebrating for a cause. To honour the release of the 'Butter' remix, the #TheeARMYFund was launched and has since raised over 100,000 USD for Black Women for Wellness, Women for Afghan Women, and the Houston Food Bank.

With time to spare before #ButterRemixFtMegan drops today, this community managed to raise our goal of 100k USD to be donated to @BW4WLA , @WAWHumanRights & @HoustonFoodBank in support of @theestallion .#100kWhenWeSaySo#From_ARMYHOTTIES_With_Butter#TheeARMYFund pic.twitter.com/2KBqiQGFSe

Megan Thee Stallion showed her appreciation on Twitter, sending her thanks to everyone who took part in the project.

#BUTTERTHEEREMIX is now out, and the whole world is vibing to @BTS_twt and @theestallion! 🌎🔥

HERE'S A LIST OF BTS' PERFORMANCES OF 'BUTTER' – WATCH

The most recent 'Butter' remix with Megan Thee Stallion follows a number of massive collaborative efforts and remixes between BTS and rock, pop, electronic, and hip-hop acts from across the globe, including Steve Aoki, The Chainsmokers, Fall Out Boy, Nicki Minaj, Ed Sheeran, Charli XCX, Lil Nas X, Halsey, Sia, Lauv, and many more.