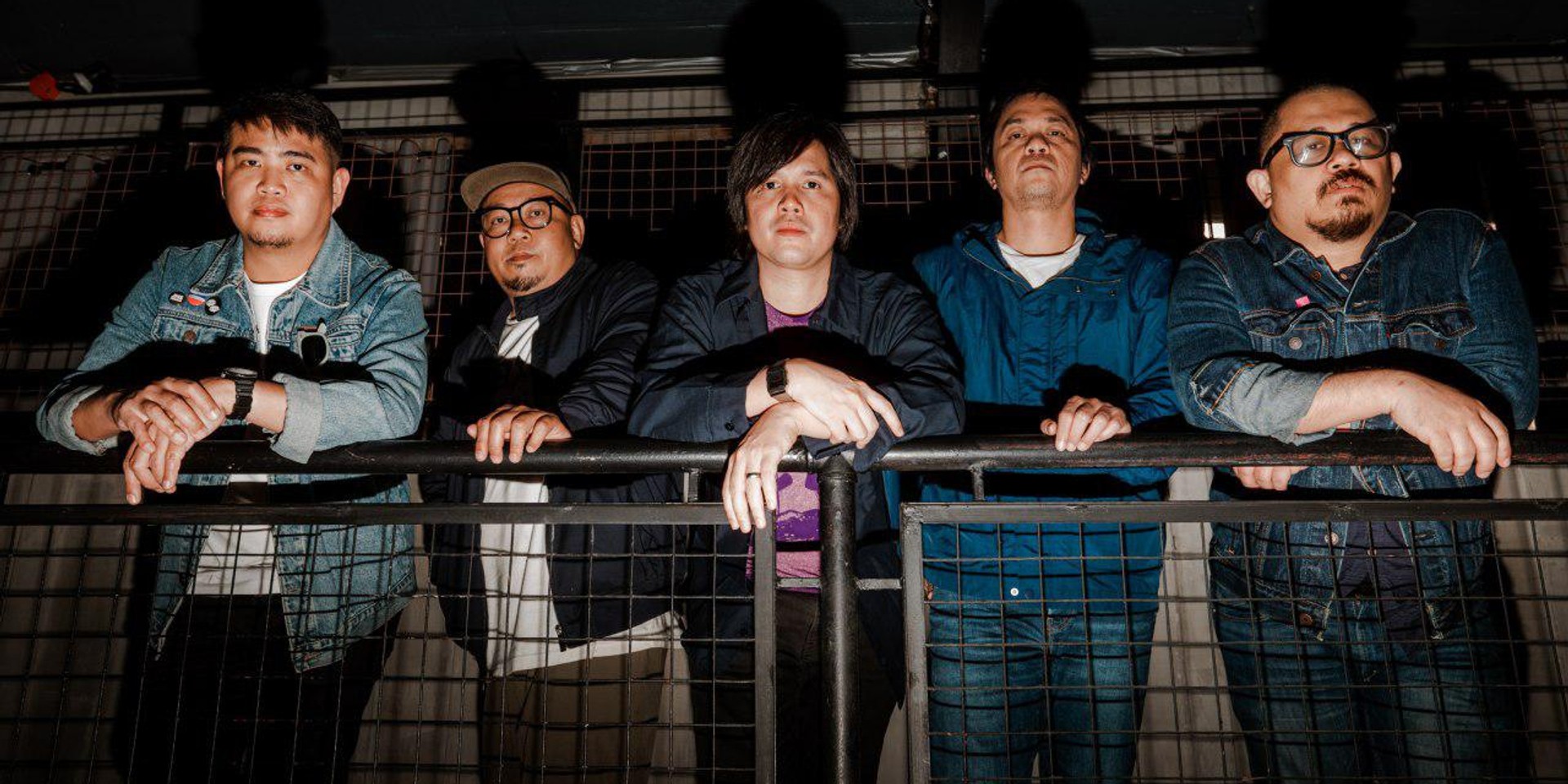 No one knew this would be our last interview before lockdown.

It felt like any other day in Metro Manila—it was hot, traffic was insane, and there was a Japanese heavy metal band doing soundcheck in the lower floors of the venue where we were to meet with Pedicab. So you know, same, same, except we didn't realize it then we'll be missing it so much.

Pedicab were gearing up for what should've been The Rest is Noise's fifth-anniversary show, which doubled as the 15th anniversary gig of the electronic rock act's iconic debut record under Vicor Music, Tugish Takish. 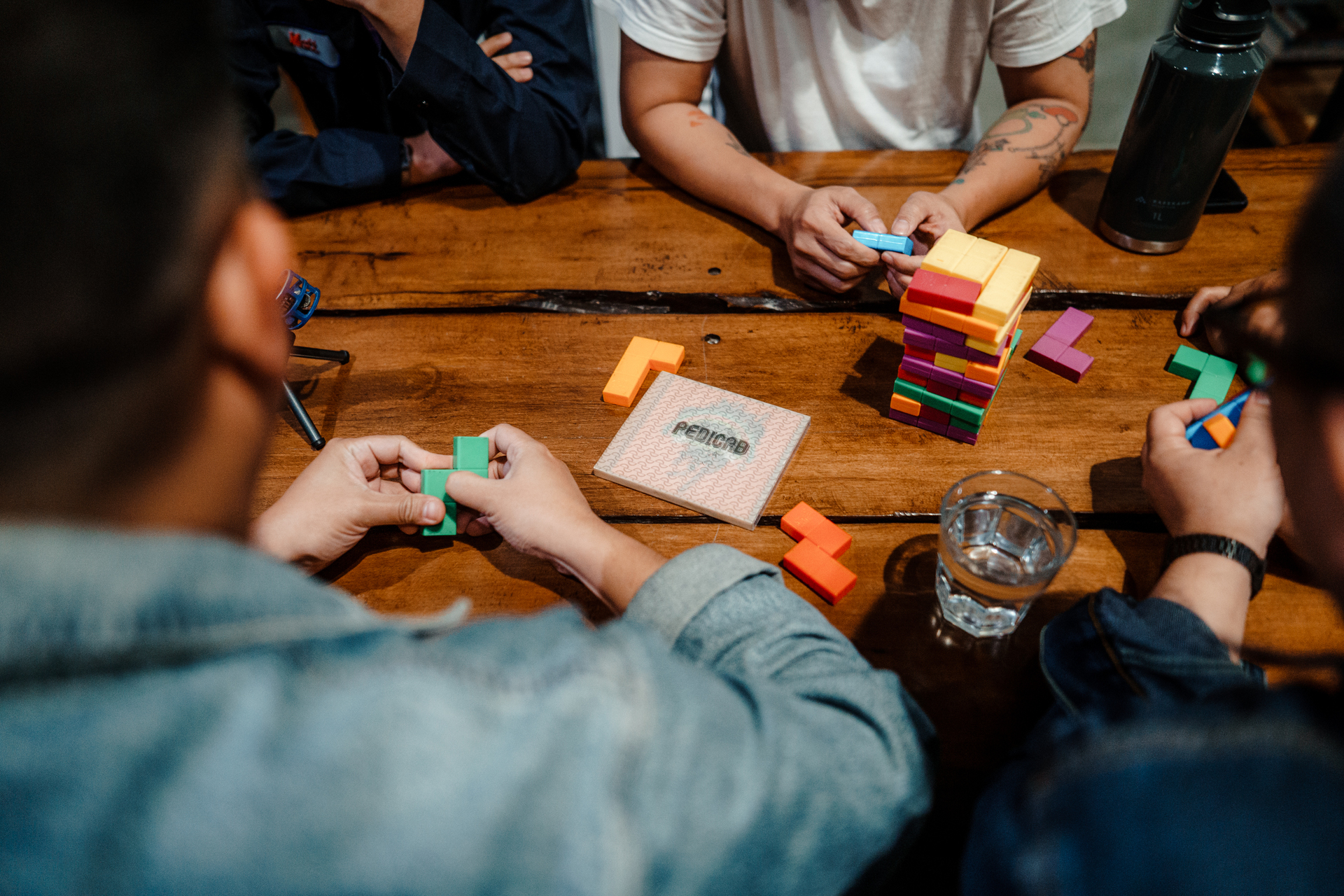 The birth of Pedicab happened during the golden age of Nu Metal. While everyone was donning baggy pants, wallet chains, and facial piercings, they gracefully walked in wearing hard hats with their disco beats in tow. "Actually, sa first gig namin sa SM Megamall, binabato lang kami ng audience," synthsman Raymund Marasigan recalled. "Because it was like too fucking weird."

It was the magic of rock from the '80s—from Devo, Gang of Four to The Cure—that bounced off this group's mirrorball. They were influenced by a slew of different punk and retro sounds, including the music of Franz Ferdinand. "We all just want to put that in sa music namin," guitarist Jason Caballa, who'd been with Twisted Halo in those days, said. 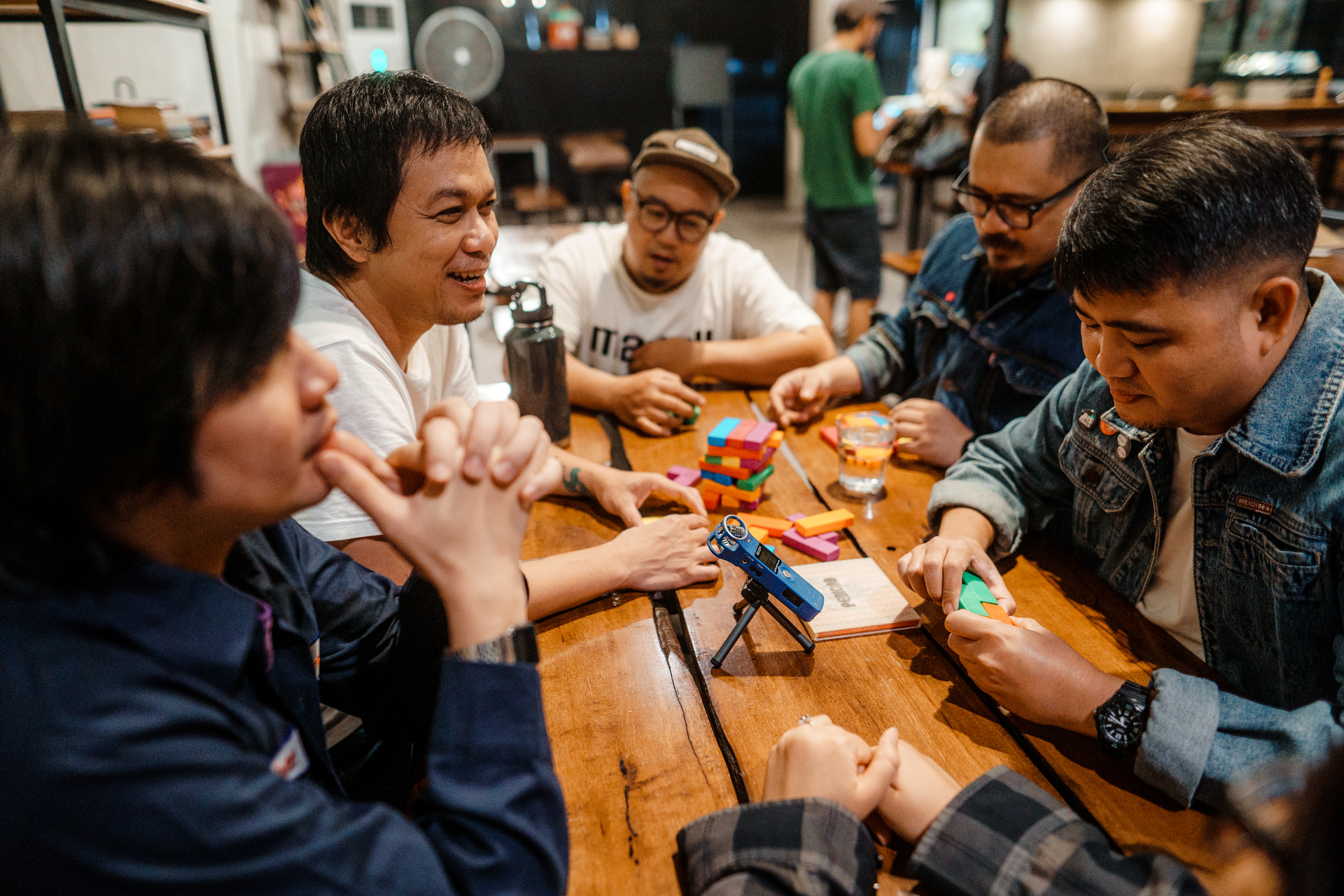 At the time, it was just drummer Mike Dizon and Caballa in the group, as vocalist Diego Mapa and Marasigan were preoccupied working on Cambio. "Sinabit lang ako nila eh," Marasigan retold the story of how he got in the picture sometime in August, 2004. "'Do you wanna play bass?' Sabi ko, 'No, I don’t wanna play bass because I just bought a new synth bass from ukay. An analog synth. I wanna play synth bass!' So dun nagstart yun."

It all kicked off with their first jam session at Marasigan's old house, backed by riffs from a lunchbox that turned into a 4-course meal (or okay, songs), before they came up with another set of four more songs. They got it all in recording and conceptualized a music video, but didn't track any vocals yet.

"Ang balak pa nga namin, it was supposed to be an anonymous band," Caballa revealed, explaining how they originally didn't want anyone to know who they were. "That’s why we came up din with psuedonyms. Parang Gorillaz! Gagawa lang ng video si RA [Rivera]." 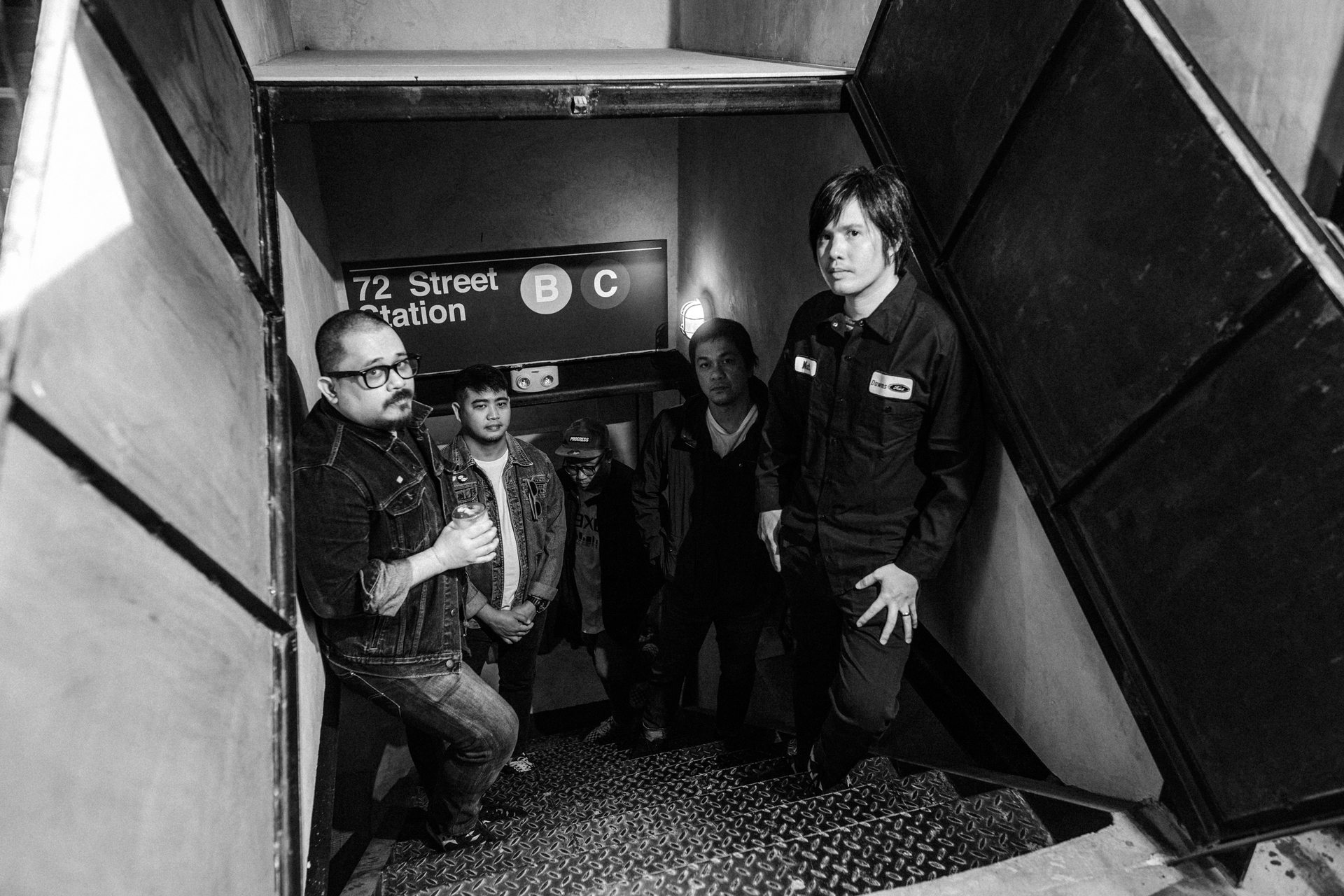 Caballa was initially supposed to share his vocal prowess with the world in Pedicab, but ultimately decided against it to bring his guitar playing duties to the forefront. "This was my first band ever na ako lang magigitara, so yun palang medyo may pressure na. I didn’t wanna complicate things by singing. (laughs) Pero blessing in disguise, kasi nakuha namin si Diego."

"Aratiles. Gandang pangalan nun ‘ah," Marasigan cut in, but Caballa reminds him that he was the one who suggested it in the first place. Marasigan smirked, "Kaya pala maganda." 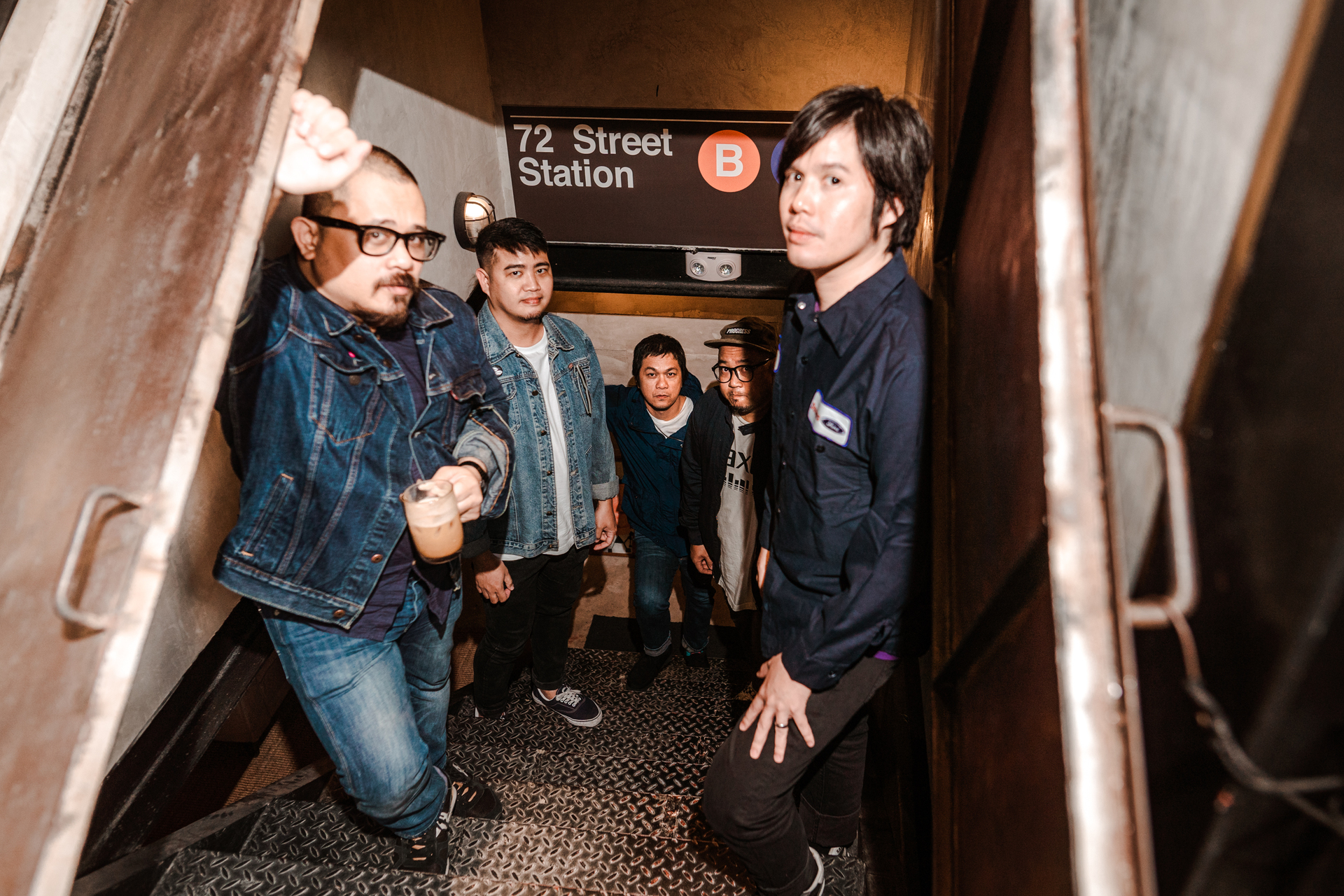 Since they were already the outliers with their brand of disco-rock, Pedicab took things a step further by adding a visual aspect to their sets with old school machines. The band's resident visuals extraordinaire, RA Rivera, was in charge of mounting a TV with VHS, VCD, and DVD players, and even a classic Famicom. It was on this TV where he would appear with the band.

He hid in the shadows, Yakult in hand, with a live camera feeding into the TV. At one particular SaGuijo gig, he lipsynched through the set while his head was getting shaved. Marasigan said, "Di alam [ng audience] live nangyayari sa second floor ng SaGuijo with a very, very long video cable."

The whole concept behind Pedicab started off as a visual project that the band would write music around. "The concept should always be funny to us pero kami lang yung natatawa," Marasigan explained. 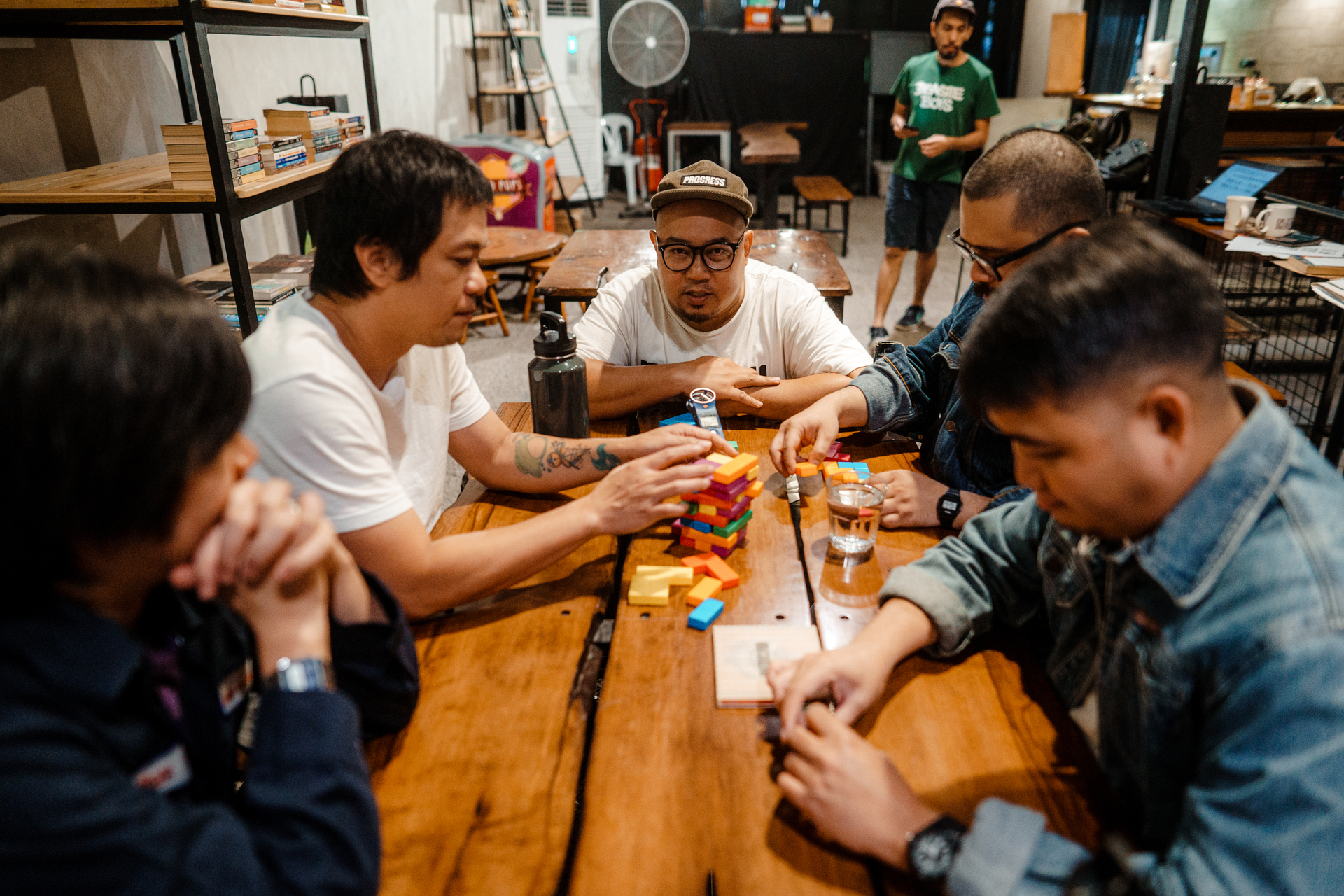 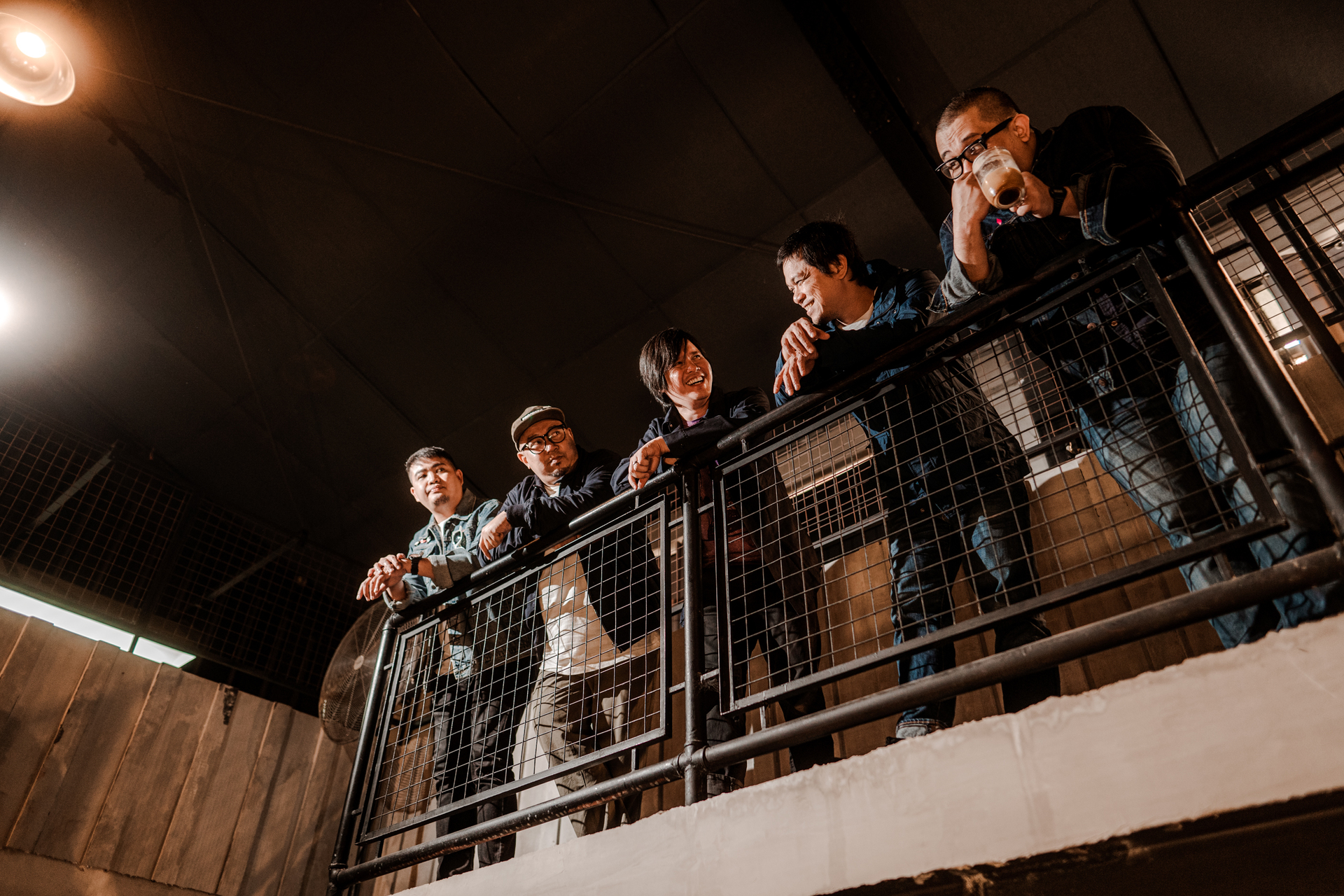 "Basta we just wanna try to get away with weird shit as much as we can… as humanly possible," Marasigan said, smiling. The UNO Stacko had fallen.

Fast forward to their life in quarantine, playing live shows in the real world has been deemed impossible. No shows, no pay for a lot of musicians and their crew. Instead, Pedicab took to jamming from their homes to celebrate the 15th anniversary of Tugish Takish.

Shot on location at One Two Three Block

Special thanks to The Rest Is Noise