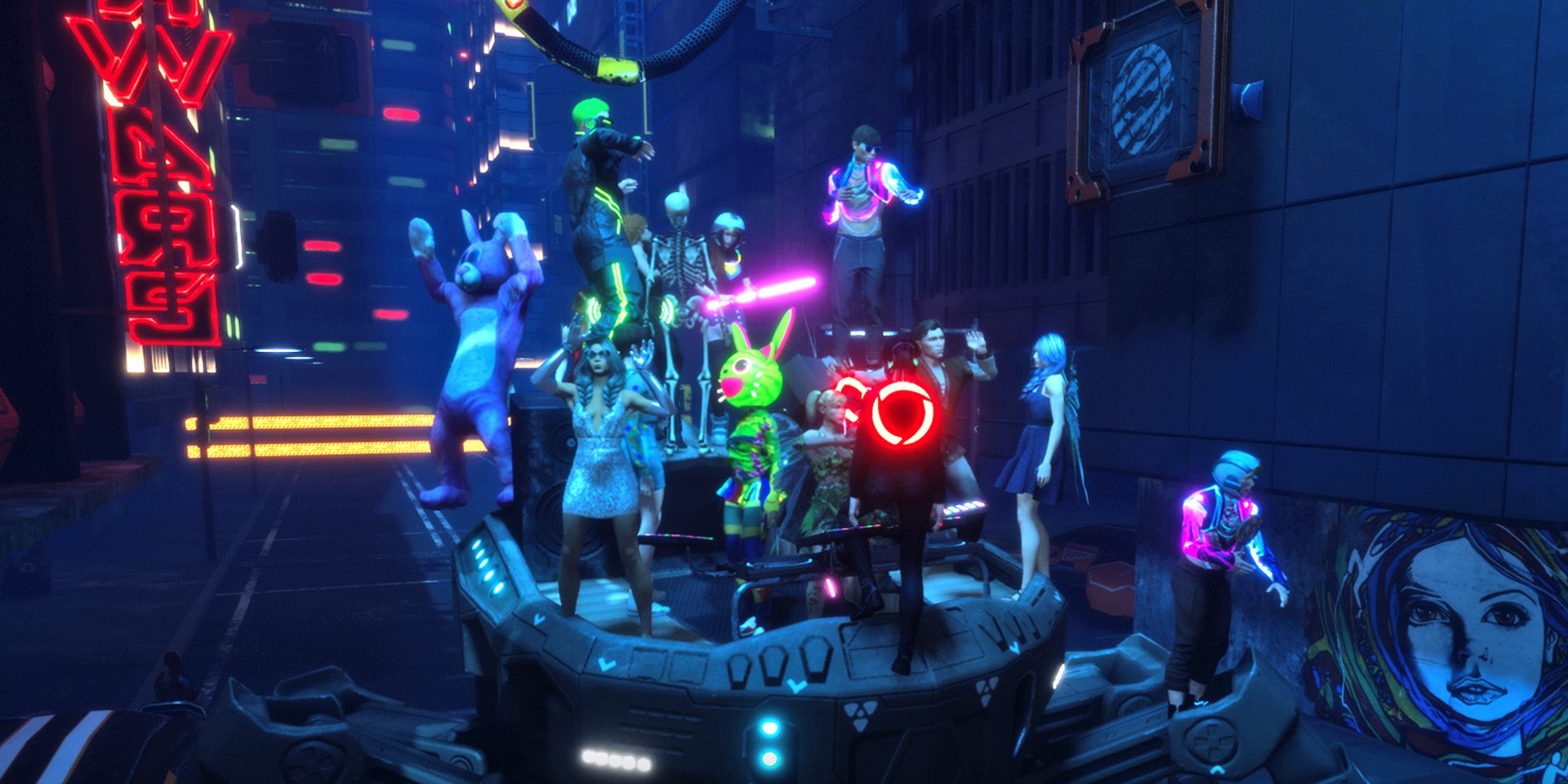 Since jumping into large crowds isn't exactly the safest and smartest thing to do in this climate, experiencing concerts from the comfort of your home might be the best way to catch your favorite bands live.

Digital concerts have been rising since the global pandemic hit. After that period of mass confusion started last year, artists, labels, and productions have set up shows in warehouses and empty venues to film and broadcast to fans across the globe. It's worked for numerous acts, whether it was free or ticketed, and has certainly kept a lot of people sane through these dark times, but there are still those who crave for more.

A lot of people can't help but look back at the days when things were more exciting, when you could mosh and feel the thrill of the crowd raising the electricity in the air. That's why the good people at Sansar have developed multiple digital worlds you can jump into to experience the future and what concerts could be.

Think The Sims, but instead of reticulating splines and running through your ordinary life, you're out there to virtually party with your favorite artists and friends in real time. And when we say party, we mean bending the rules of physics all together.

According to VP Business Development at Sansar Sam Distaso (whom we spoke to in-game on Sansar), live music is the largest market in term of live events as it stands the most to gain. "Every festival production is trying as hard as it can to make you feel immersed, to bring the visuals, because the audio and the music is always so great and that's what's gonna lead it," he says. "In Sansar, we have a natural benefit that the rules of physics don't apply to us. Now you have this extra level that any concert, we can bring people on these never before imagined journeys so they can be immersed in the music."

Meant to be the spiritual successor to the virtual world ecosystem Second Life, digital entertainment developer Linden Lab saw the rise in gaming and its direction toward mainstream. They started building Sansar from scratch—from its own engine and platform, to its own render. In no time, Sansar was tailored over for live events.

Sansar also helps cut down on the geographical and capacity constraints a real-life concert or world tour would have (considering how some world tours don't exactly include all the countries in the world). By taking concerts to VR, PC, and mobile, Sansar has the capacity to host millions of music fans to take part in an event without having to physically be there. The platform even offers interactive sponsor booths, income generation for artists, and even merch booths.

It's a whole new creative landscape fans can explore, plus it isn't limited to music. All sorts of events like comedy shows, eSports tourneys, community hang outs, and even speaker and corporate events can take place in Sansar. "We're here to provide the tools and the technology platform to let them come in with their own attendees, fans, or employees where they can do it on their own terms, they can do it exactly how they want to, and have that sense of ownership," Distaso tells Bandwagon.

"But what if my laptop and internet connection can't handle it?" you may ask. Sansar is prioritizing the needs of anyone joining on mobile devices or a low-end PC or Mac. As the folks who've been doing these virtual events the longest, Sansar takes pride in being able to figure out the whats and wheres to further develop the platform to make it accessible to others. "It's the number one area that we're focused on in terms of our product road map," Distaso reveals. In the short term, they're turning to cloud streaming and cloud rendering to make this happen before launching a native app for users.

For a while now, other games and platforms like Minecraft and Fortnite have become concert venues for artists around the globe. Even the likes of Marshmello, Travis Scott, Ariana Grande, and J Balvin joined in on the fun, taking fans on crazy rides across the platform. But at Sansar, these music events won't turn out as cartoony (unless the show calls for it). "They can look hyper realistic," Distaso says. "Everything in Sansar's going to look really high end, which just makes it different from Minecraft and Fortnite and anybody else doing these. The other really big part of it is, besides Sansar, every other game is trying to be the promoter."

Distaso cites Marshmello's Fortnite concert as an example. "They paid him one time to come in, they coordinated it all, they delivered it, and then they're good. There are no tickets sold, it doesn't work like a normal event." While at Sansar, digital event spaces, like CJ Entertainment's Wanna One space, is there for as long as they need it.

Kiswe talks working on BTS' online concert MAP OF THE SOUL ON:E, thriving in a pandemic, and their future plans

No one will blame you for thinking all this digital concert space stuff is too tech-heavy to understand. Educating partners is one of the things the guys at Sansar do. They give partners all the information they need—from how these shows make money, how to communicate, how to moderate, how to scale up, to eventually learning how to break the laws of physics.

"The hardest and biggest thing is—you absolutely have to own your own technology and game engine," Distaso says. "If you don't own your own game engine, it's game over before you start. For context, I used to lead the virtual live events. They had to keep canceling events if there was an update."

Sansar is now looking into the possibility of holding hybrid reality events to bring together the real world and identical virtual venue. "We are a bit reactionary because of the needs of the industry," Distaso says. "So whatever the industry needs, that's how we'll prioritize where we focus."