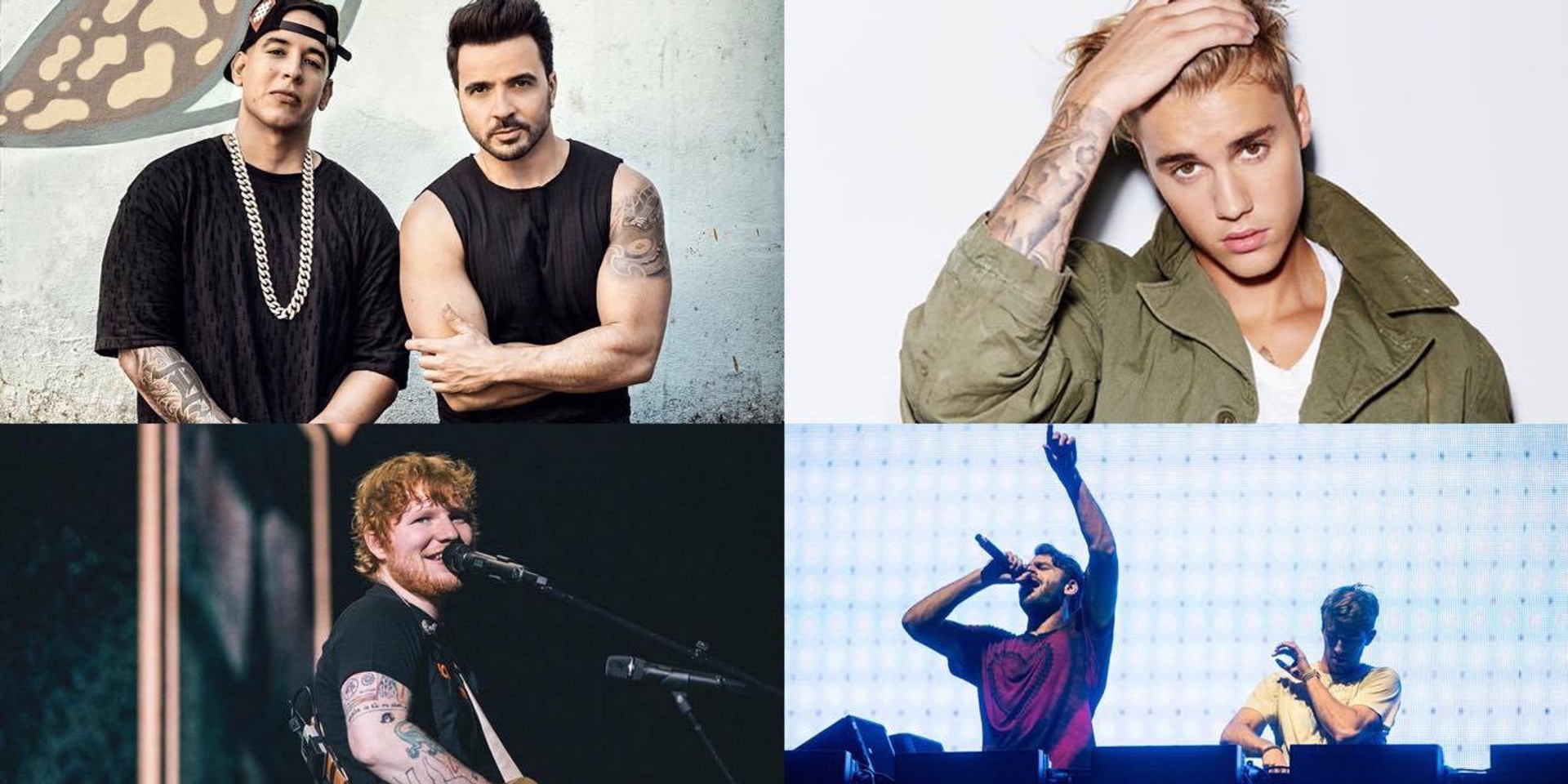 Spotify rolled out its year-end data for the world's and each country's most-streamed songs and artists. Topping the global and Philippine charts is "the biggest male pop star in the world", Ed Sheeran. The singer-songwriter had to postpone his Manila concert til 2018, so fans must've resorted to streaming his latest album, Divide on loop. (Here's what went down during the first show of his Asian tour.)

From Filipino pop star Sarah Geronimo to global pop icon Taylor Swift, here are the tracks and artists that made it to the year-end playlists.

The top tracks of the year include several tracks by Ed Sheeran, Bruno Mars, and The Chainsmokers, the global hit 'Despacito', and  UDD's five-year-old song, 'Tadhana'.

Pop stars Ed Sheeran, Bruno Mars, and Taylor Swift, Coldplay, who made their Manila debut to a 35,000-strong crowd, and EDM duo The Chainsmokers, made it to the Top 5 of the list. Maroon 5, Ariana Grande, LANY (who played 5 sold out shows in Manila last August), and BTS round out the Top 10.

A year after 2016's data-driven campaign, Spotify shares its '2017 Wrapped' site, allowing users to check out their personalized playlist of their most streamed artists, tracks and more. Spotify also shares 2018 goals with users, tied in with their Spotify data for 2017. Visit the 2017 Wrapped site here.