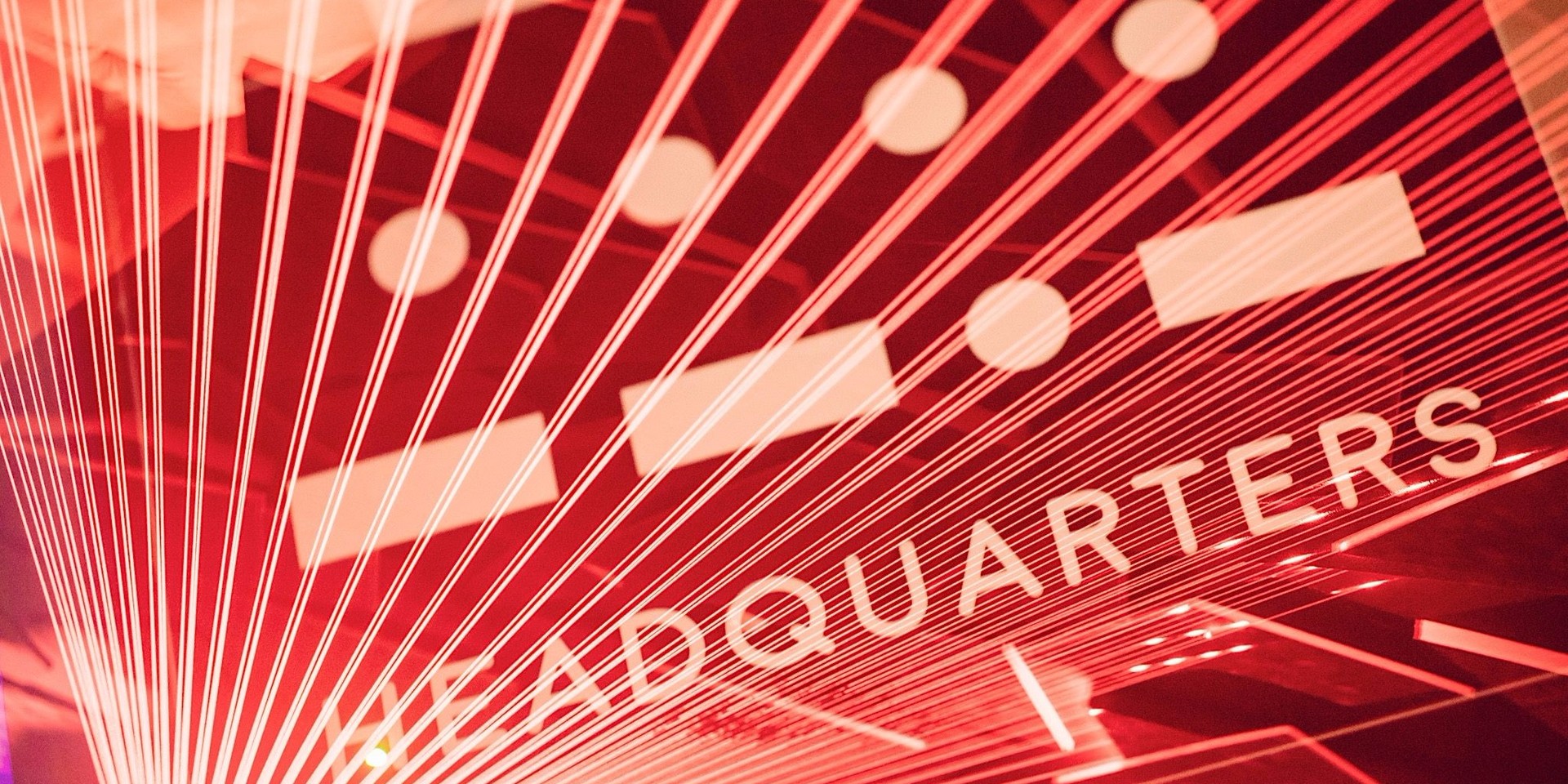 Although they've only been around for one year, The Council has quietlybecome an underground sanctuary for punters looking for alternatives to the artificiality of Singapore's commercial clubbing culture. From inspired bookings like Gerd Janson, Peggy Gou, Amelie Lens and Tin Man (just to name a few), to their own roster of amazing resident DJs - their music-centric, no-frills essence is refreshingly pure.

Begun by Clement Chin and Eileen Chan (aka Cats on Crack), the young event organizers have grown from scrappy promoters struggling to find suitable venues to host their late-night vision, into an established, highly-respected brand unto themselves. No longer do they have to look outside, people now come to them - forming a genuinely passionate community around the pair's unpretentious ethos. 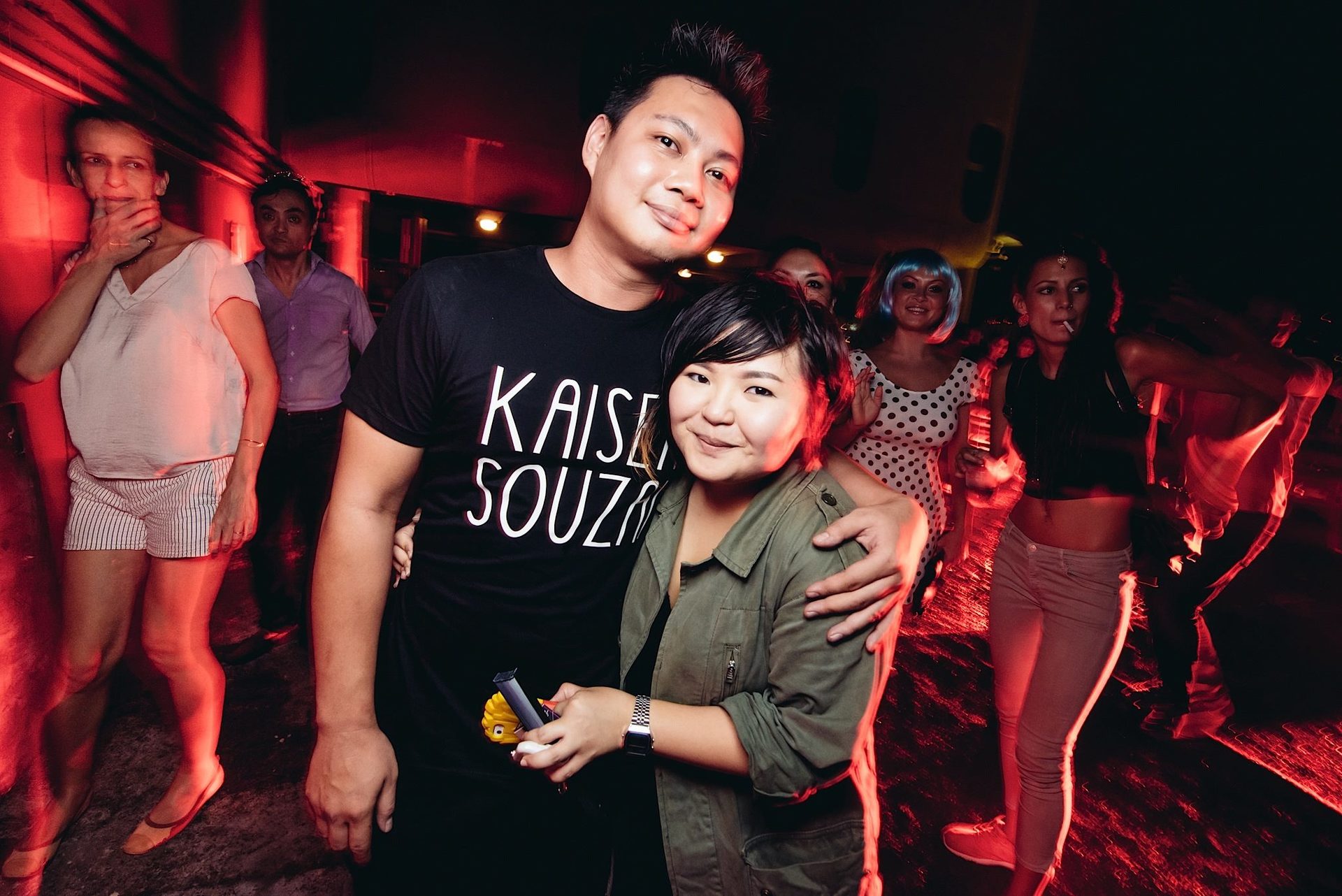 Most of the time you can find The Council at their very own club, aptly called Headquarters - a crimson-tinted venue hidden along Boat Quay. There you'll find graffiti loving scrawled upon every inch of their walls, a packed narrow dancefloor filled with punters entirely unconcerned with the frivolities of bottle-service, and a raw and gritty vibe that can't find anywhere else in this country.

The Council's audacious warehouse atmosphere and impeccable penchant for tasteful house and techno similarly carries over into their periodic pop-ups (such as their successful Plastik Dreams series) as well. Even we craved a little bit of The Council's magic when we teamed-up with them for our unforgettable dusk till dawn Sunrise On The Bandwagon Riverboat party.

Ahead of their first anniversary, we caught up with The Council's proud parents to talk about their magnificent freshman year.

You both have been involved in nightlife long before The Council began. For those unfamiliar, what were each of you up to?

Clement used to run a few unruly little bars in Club Street, Haji Lane and Circular Road, although he is more commonly known to many as the patron saint of after-parties, as he used to throw the infamous Breakfast Club parties with resident troublemaker Yadin Moha.

I have been DJ-ing for five years and counting now, after graduating from the now-defunct FFF Girl DJ Bootcamp. I used to organise the Singapore Island Culture Club parties with Tracy Phillips and Aldrin, before starting my own night ModernLove with Adrian Wee from Poptart. And finally at the end of 2015, Clement and I threw our first party together and I guess we never stopped since.

When did The Council form and what was the inspiration behind it?

The Council came to be in January 2016, right after Clement and I had thrown our first party in December 2015, and we were trying to figure out how to move forward. We both had our own brands – he had Koi & the infamous Breakfast Club, and I had Cats On Crack – but we figured we needed a brand that could represent the two of us and what we wanted to do together.

We struggled for quite a while trying to decide on a name. We wanted a name that sounded like a faceless organisation, yet had some kind of authority to it. Then one day, Clement just had a eureka moment and that’s how the name came about.

What were some of the challenges you guys faced in the early days?

When we first started The Council, it was difficult finding venues that we could host our parties/events at, and it was also difficult to secure the necessary permits and licenses required to do what we want to do. 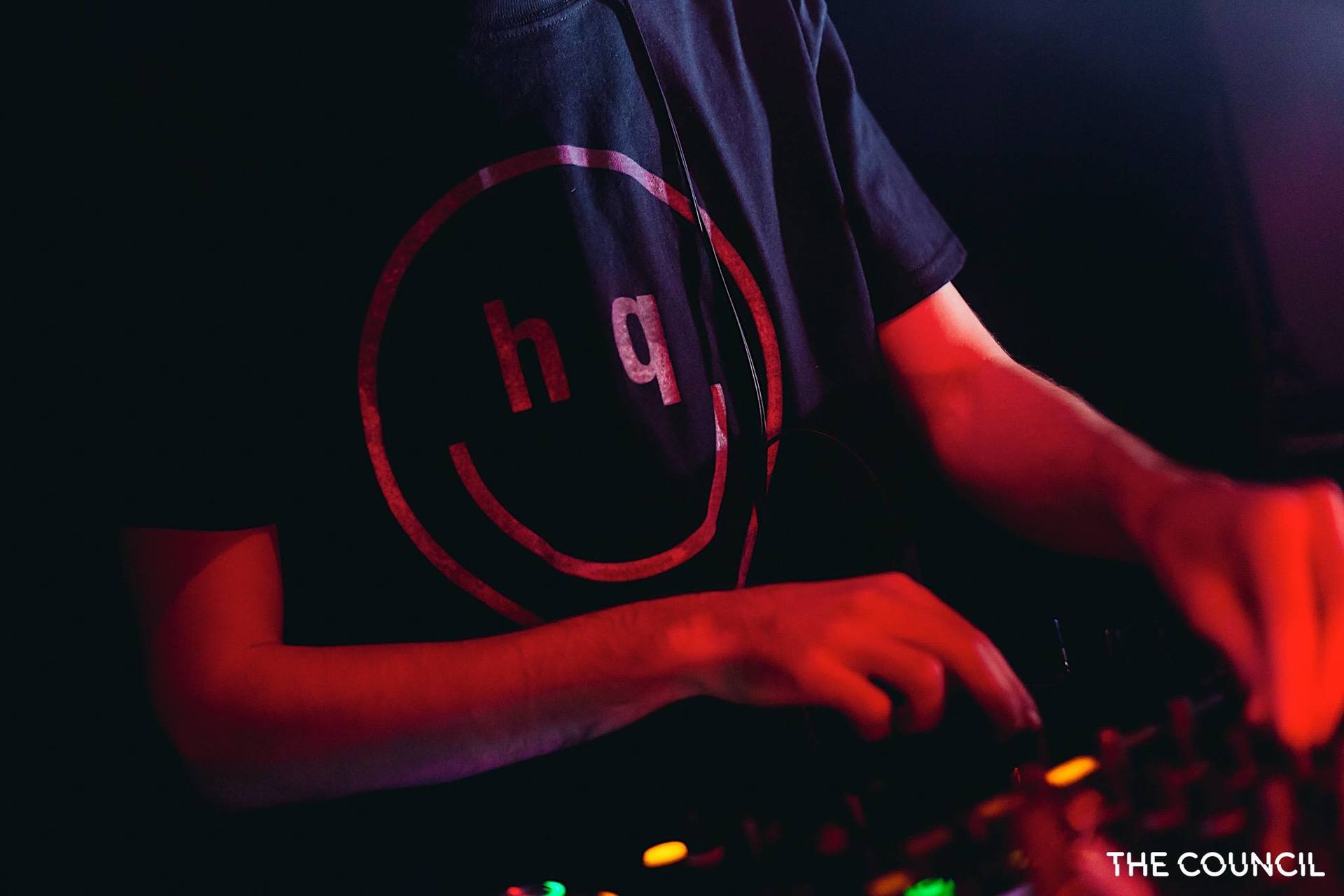 Looking back in our early days, it was funny how Clement and I were so caught up with actually getting HQ up and running that we completely forgot to do any pre-opening hype, which in turn resulted in us opening to a small dance floor each night for some time.

It somehow worked in our favor because people really had to look for us, and those who managed to find the place shared the same love for music that we did and stuck with us up till today.

Apart from that, the main challenge was to change the way people perceive clubbing in Singapore. There were a lot of people who didn’t like HQ when they first came, commenting that it was "too rundown".

It was upsetting to find out that many people here still associate clubbing with the ‘atas' bottle service kind of places. But we stuck to our guns, and lucky for us, we have since fostered a community that like us, just want to go out and listen to good music without any of the frills. 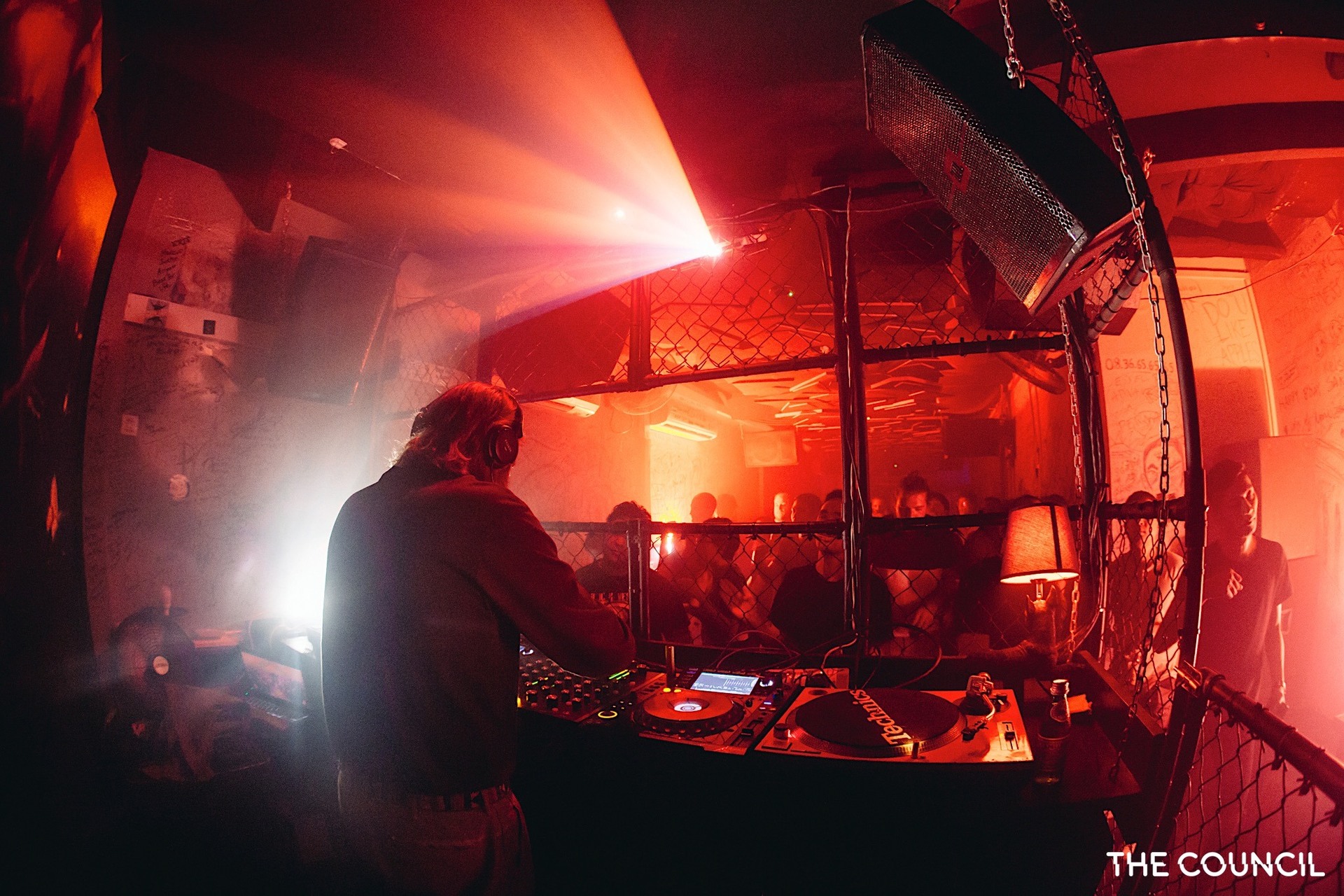 It was upsetting to find out that many people here still associate clubbing with the ‘atas' bottle service kind of places. But we stuck to our guns, and lucky for us, we have since fostered a community that like us, just want to go out and listen to good music without any of the frills."

How did the idea for Headquarters some about?

To be honest, it was born out of frustration from having to deal with the police all the time. In the first three months when The Council first started, we had quite a number run-ins with the authorities, often times it resulted in our parties getting shut down before it even began. This was despite us moving the parties around a few locations.

It was a stressful time for us, and we did not want the punters to remember us that way. So in April we took a short break, trying to reevaluate our options. It was during this time that we found the shophouse along Boat Quay that we now call home.

The idea of Headquarters was simple, we wanted a no-frills kind of place where people could come enjoy themselves and have a good night out, a place where people don’t feel like they need to dress up or spend lots of money to enjoy themselves. Headquarters was always meant to be a place people can escape to and not have any care in the world, and enjoy good music at the same time.

In your opinion, what makes the nightlife community around The Council and HQ special?

The community that we hold dearly around us is special because the people in it are genuine, and they all share the love of music and the arts. The Council and HQ would not be what it is without the punters and our residents Julien Brochard, Ulysses, Adrian and Yadin, who make it possible to realise our musical vision. 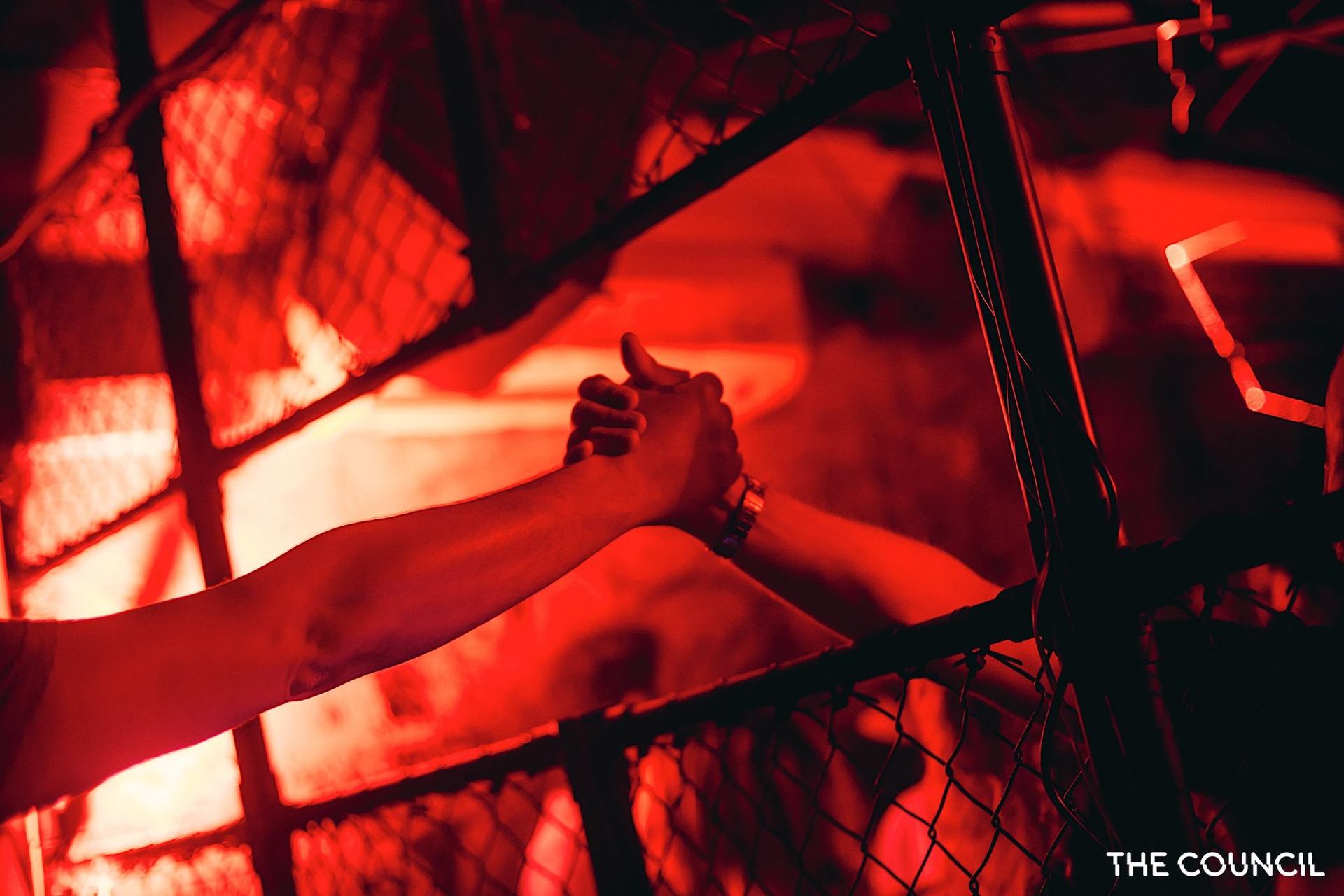 Your guest DJs have always been inspired. What’s your philosophy when it comes to bookings?

There’s no real philosophy to it, other than the fact that we book what we like, and what we want to share with the punters here.

About a year into your existence, could you name some of the the best nights you’ve put on so far?

The only way we can describe that unforgettable night with Robag Wruhme, was that he brought the sunshine into the darkness. (editor's note: Bandwagon also named it one of the best gigs of 2016).

It was an amazing feeling to experience the room immersed in an energy that words can’t describe. It felt like his music was breathing life into each of us on the dance floor. It was also special because even Robag himself did not want to stop. 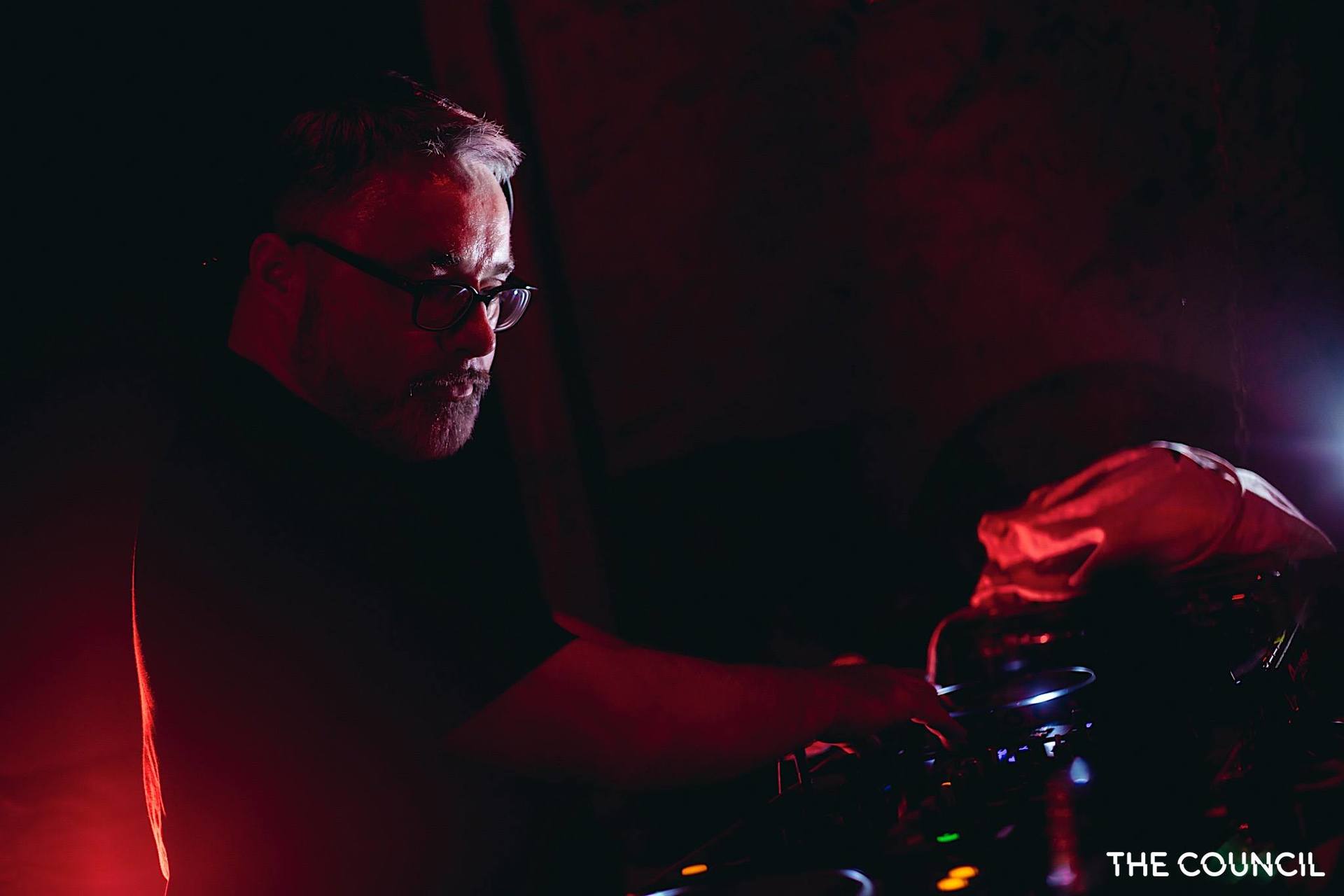 Rampue’s night was one of the best nights for us because we weren’t sure if the music was going to work for the crowd that usually comes to HQ to listen to techno.

The response for the night was very encouraging, and it was mostly special because we got to share another side of electronic/dance music with the punters here. It was nice to show people that music can make you move regardless of the number on the BPM counter.

Fur Coat did not take place at the club, but it was the second outing for our Plastik Dreams pop-up series. It was a memorable night because Eileen finally got to catch one of her favourite acts live in action, and that night was just a combination of everything… it kind of felt like the stars were aligned.

The room looked great with the lights and it turned out the way we wanted it to, and the music was great. The energy in the room was absolutely infectious that night. Definitely one for the books.

As you mentioned, you guys have many other pop-up nights outside of HQ as well. What differentiates these other events from regular nights at HQ?

HQ is a small space and therefore it has its limitations. The pop-up parties we do outside of HQ allows us to create a different look and feel, and to also change the way people perceive pop-up parties. It also allows us to work with our talented friends like Flex who does all our light designs for our Plastik Dreams parties, and Mischief Makers who knows just how to transform any space into a proper rave spot.

What are your plans for year two?

We hope to continue providing a platform for the local and regional DJs to shine, while at the same time bringing in quality DJs and live acts that we love to share with the punters here.

The Council celebrates the first anniversary with a massive warehouse party this Thursday, 8 June - headlined by KiNK (live) and supported by Kaye, Cats on Crack, Julien Brochard and Ulysses. Tickets still available here.